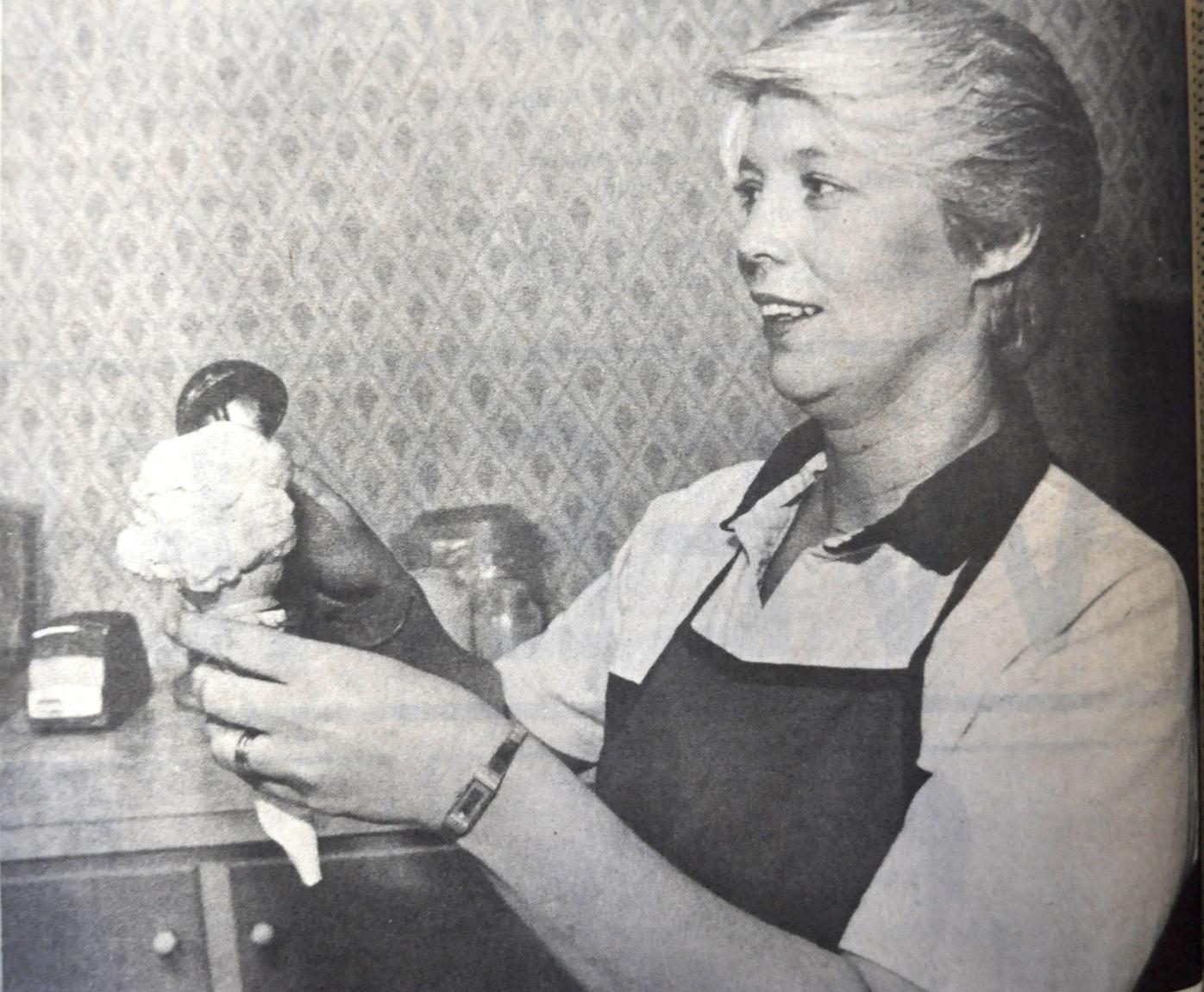 Bobi Johnston pats down ice cream at Ye Olde Ice Cream Factory in the Boone Mall in this photo published in November 1986. 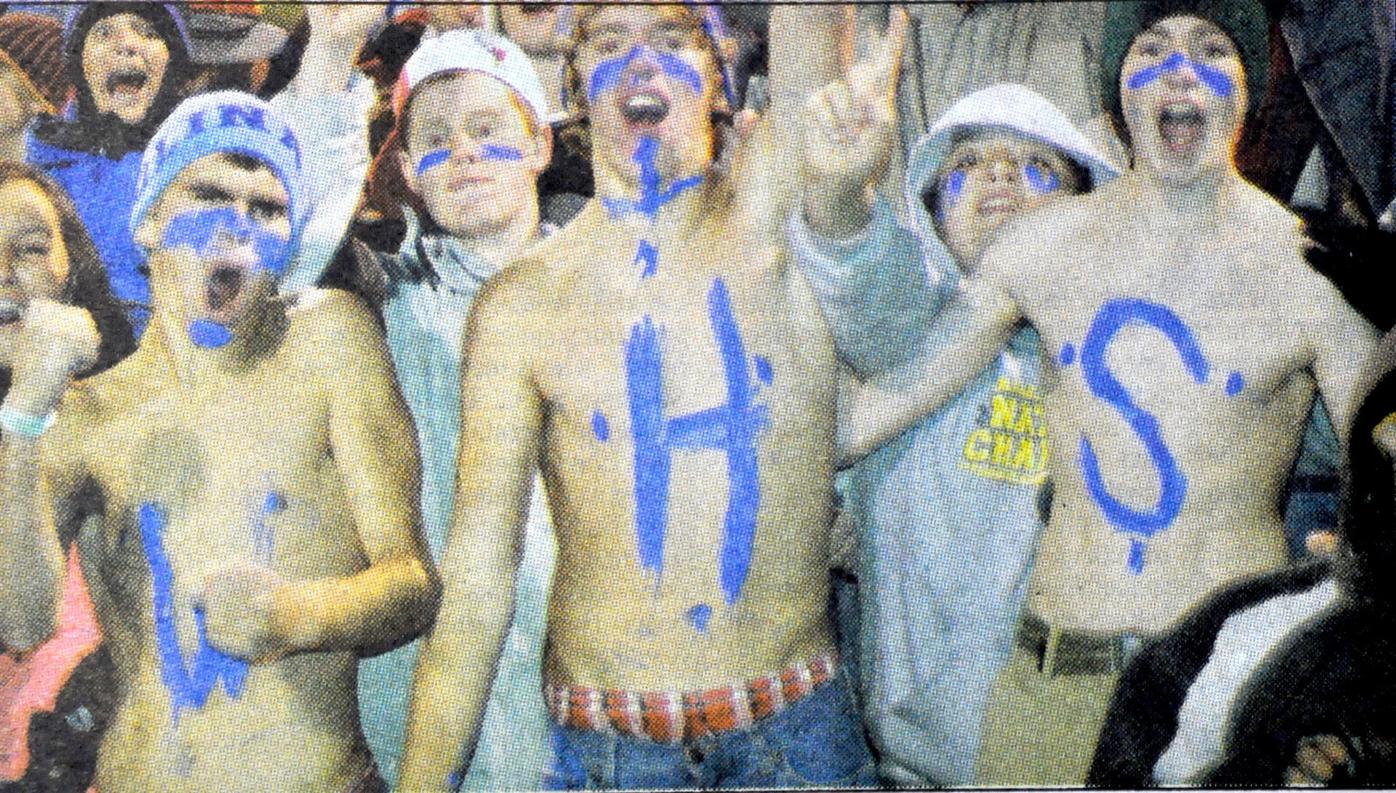 In this photo published in the Nov. 20, 2006, Watauga Democrat, with the temperatures well into the 30s during a Watauga High School football playoff game, students Will Barbour, Harrison Street and Mitchell Minford help spur on the fans. 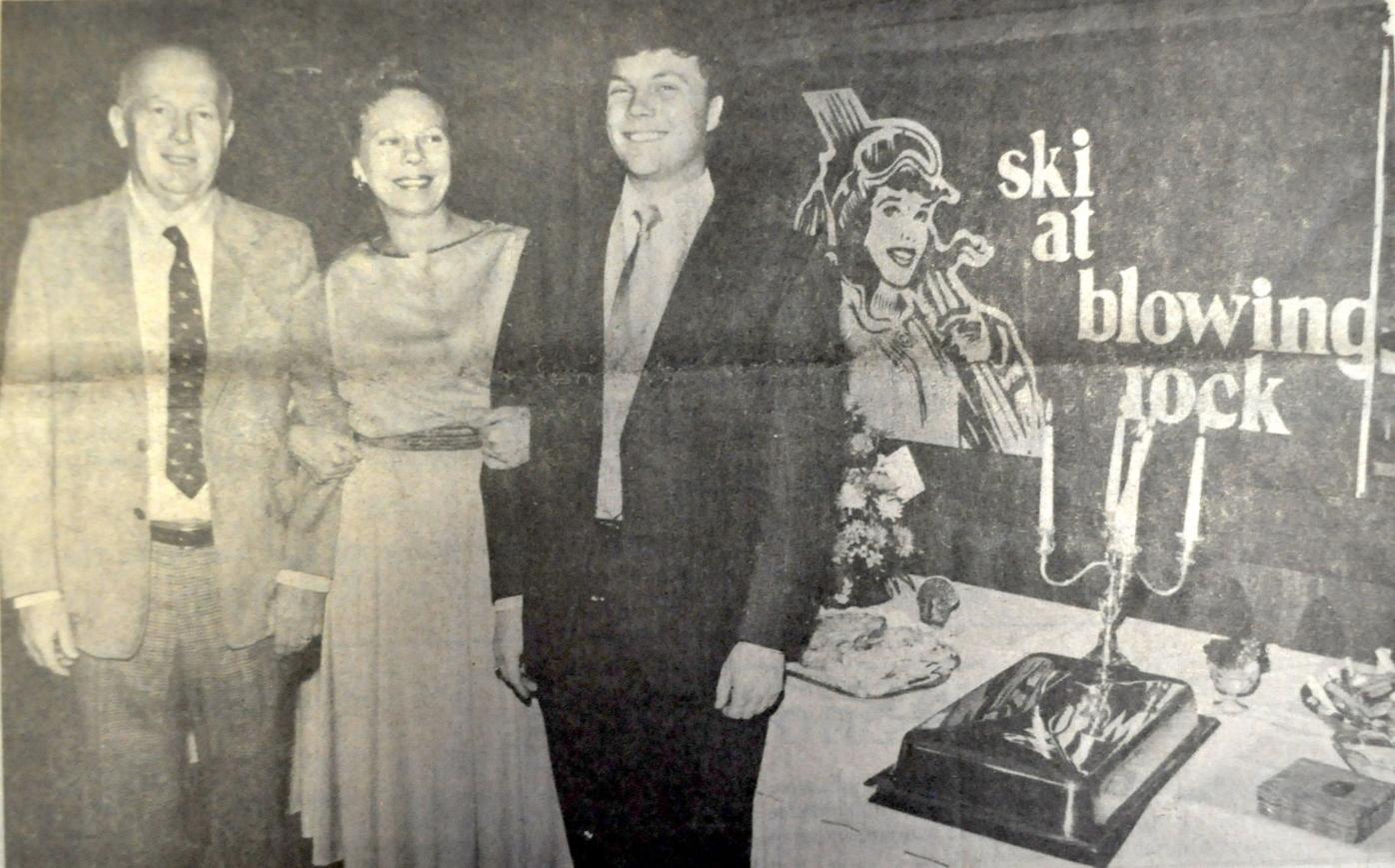 In this photo published in the Nov. 21, 1986, Watauga Democrat, Grady Moretz, Reba Moretz and son Brad, along with many others, celebrated the 25th season of skiing at Appalachian Ski Mountain at a reception held at the resort. 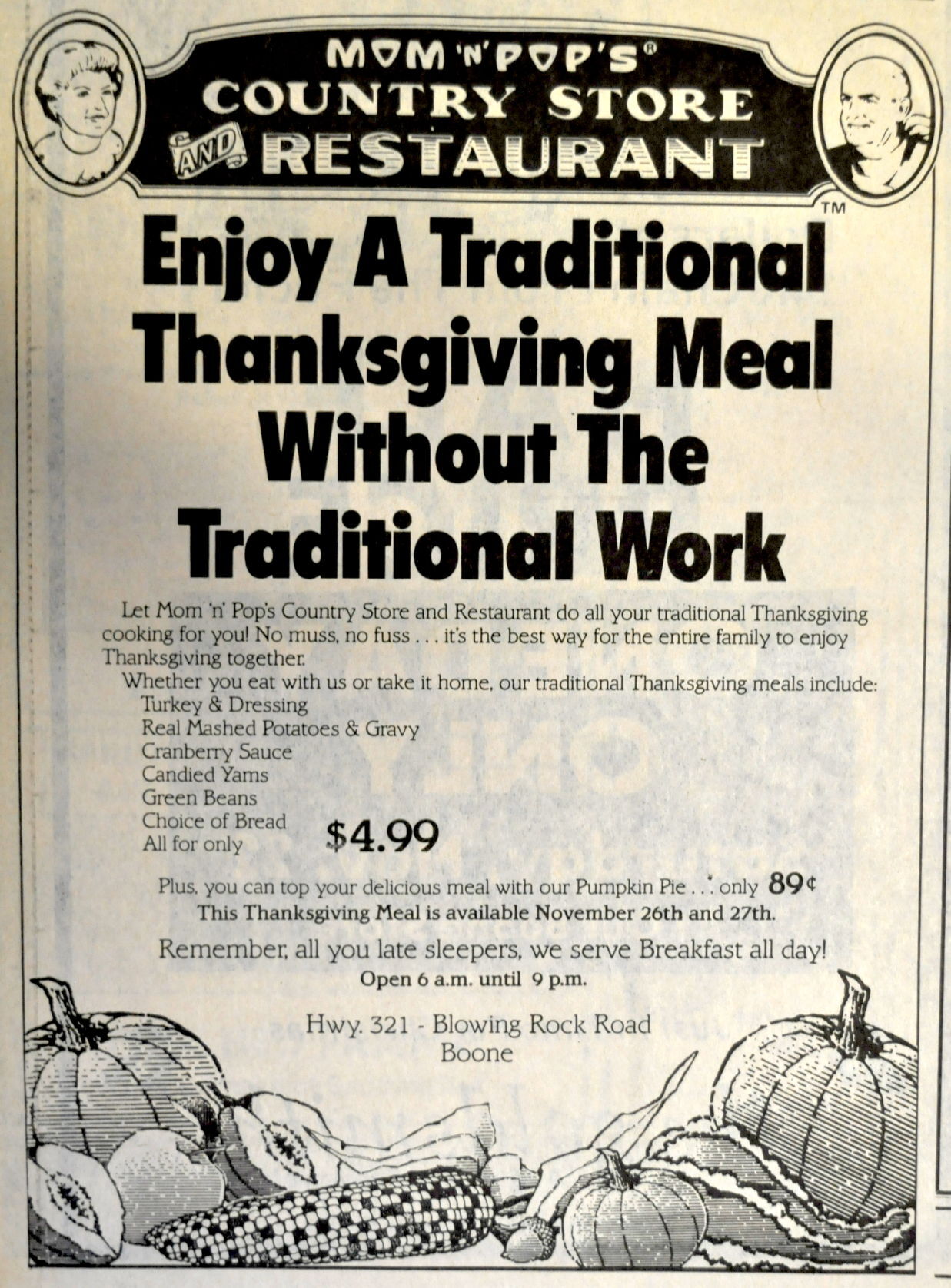 A November 1986 ad for Mom 'n' Pop's Country Store and Restaurant in Boone promotes a Thanksgiving meal for $4.99. 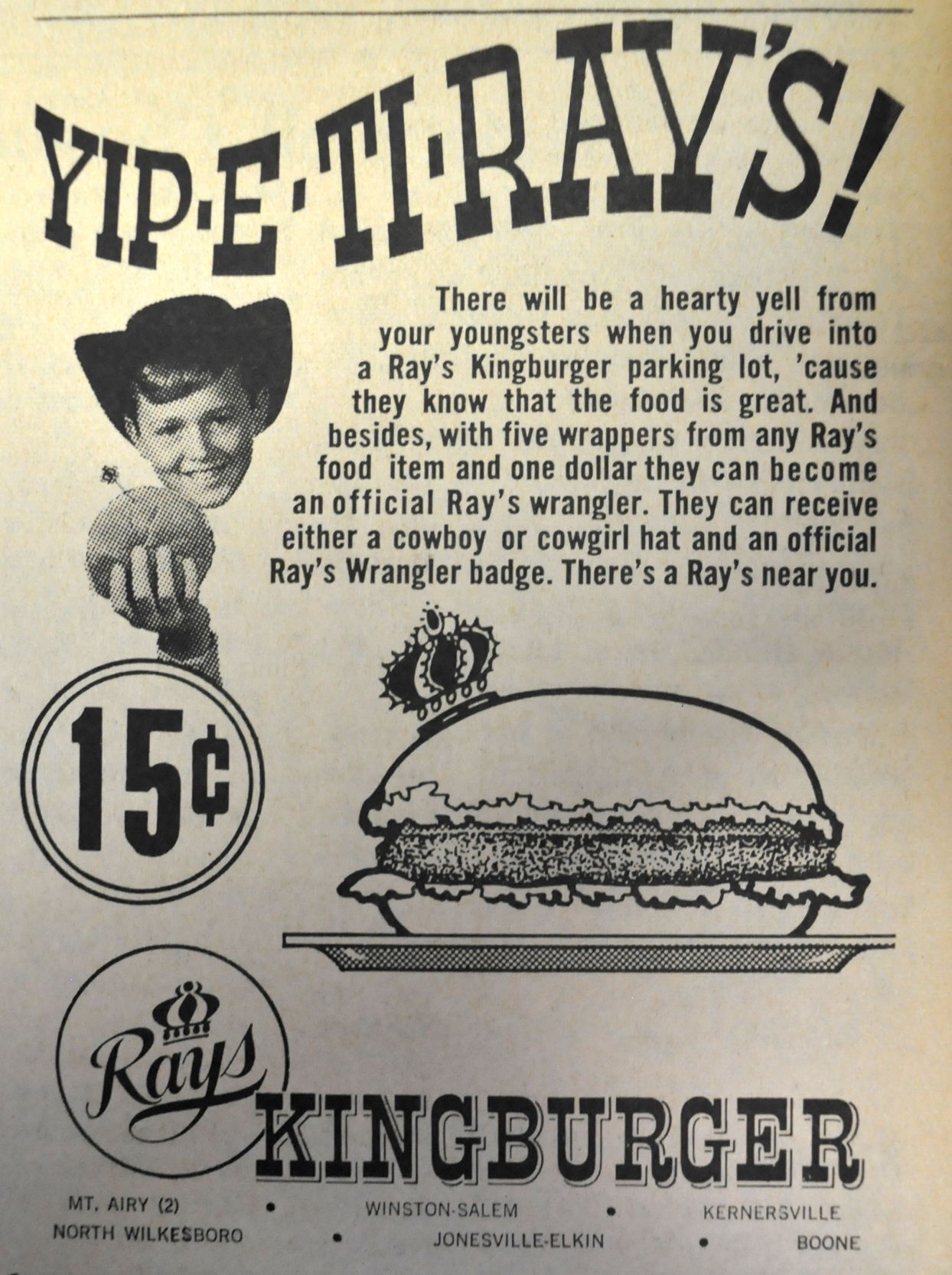 An ad for Ray’s Kingburger, which had locations in North Wilkesboro, Mt. Airy, Winston-Salem, Jonesville-Elkin, Kernersville and Boone, is published in the Nov. 17, 1966, Watauga Democrat. 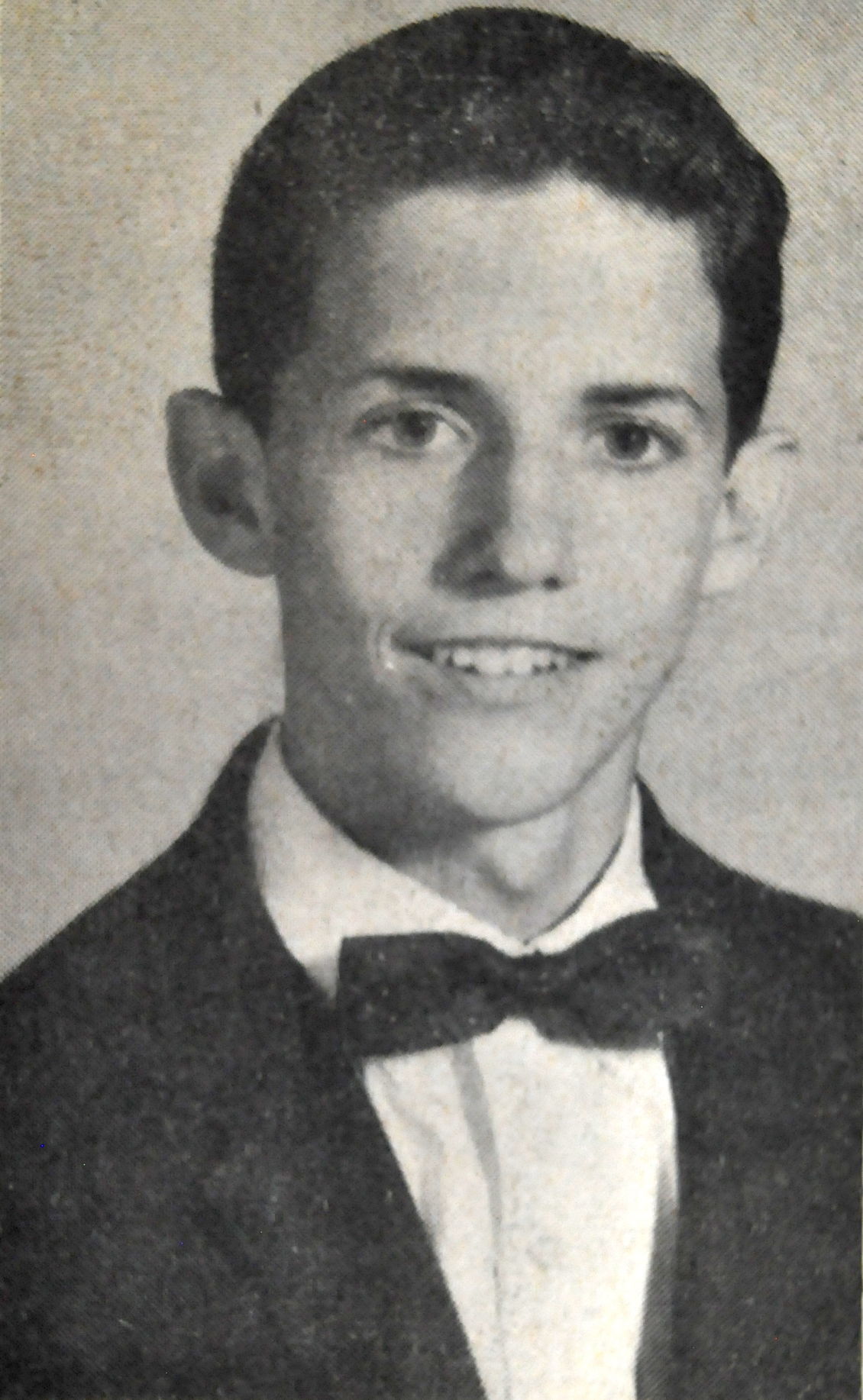 Watauga High School senior James M. (Jimmy) Deal was named the 1967 candidate from Watauga for the Morehead Scholarship to the University of North Carolina at Chapel Hill, the Watauga Democrat reported in November 1966.

“William J. Conrad, chairman of the Board of Trustees of Appalachian State Teachers College, today announced that the institution’s new $1,275,000 student center will be named in honor of Dr. W.H. Plemmons, who has served as president of the college for the past 11 years,” the Watauga Democrat reported on Nov. 17, 1966.

The newspaper praised the decision in an editorial: “During the period of his aggressive leadership at Appalachian, the college has grown by leaps and bounds, both in the way of physical properties and in the number of students and teachers who have been attracted.

“As we like to say from time to time, but for Appalachian State Teachers College, and its ancestral institutions, Boone would very likely be just another county seat town, rather than the growing, bustling little city it has become,” the newspaper stated.

The first snow and sleet of the season fell in mid-November 1986, with low temperatures dipping down to 10 degrees, the Nov. 17, 1986, Watauga Democrat reported.

The 2006 race for sheriff between incumbent Republican Mark Shook and Democrat Len “L.D.” Hagaman was close enough for a recount, the Watauga Democrat reported.

“After the opening of 170 approved provisional ballots Friday, Democrat Len ‘L.D.’ Hagaman expanded his lead against incumbent Sheriff Mark Shook by 33 votes,” the Watauga Democrat reported on Nov. 20, 2006. “In officials returned as certified by the local elections board after Friday’s canvass, Hagaman received 7,845 votes and Shook received 7,724 votes, a margin of 121 votes.”

In the Nov. 23-24, 2006, Watauga Democrat, it was reported that the Watauga County Board of Commissioners had agreed to buy enough land to develop an 89-acre site for the new Watauga High School.