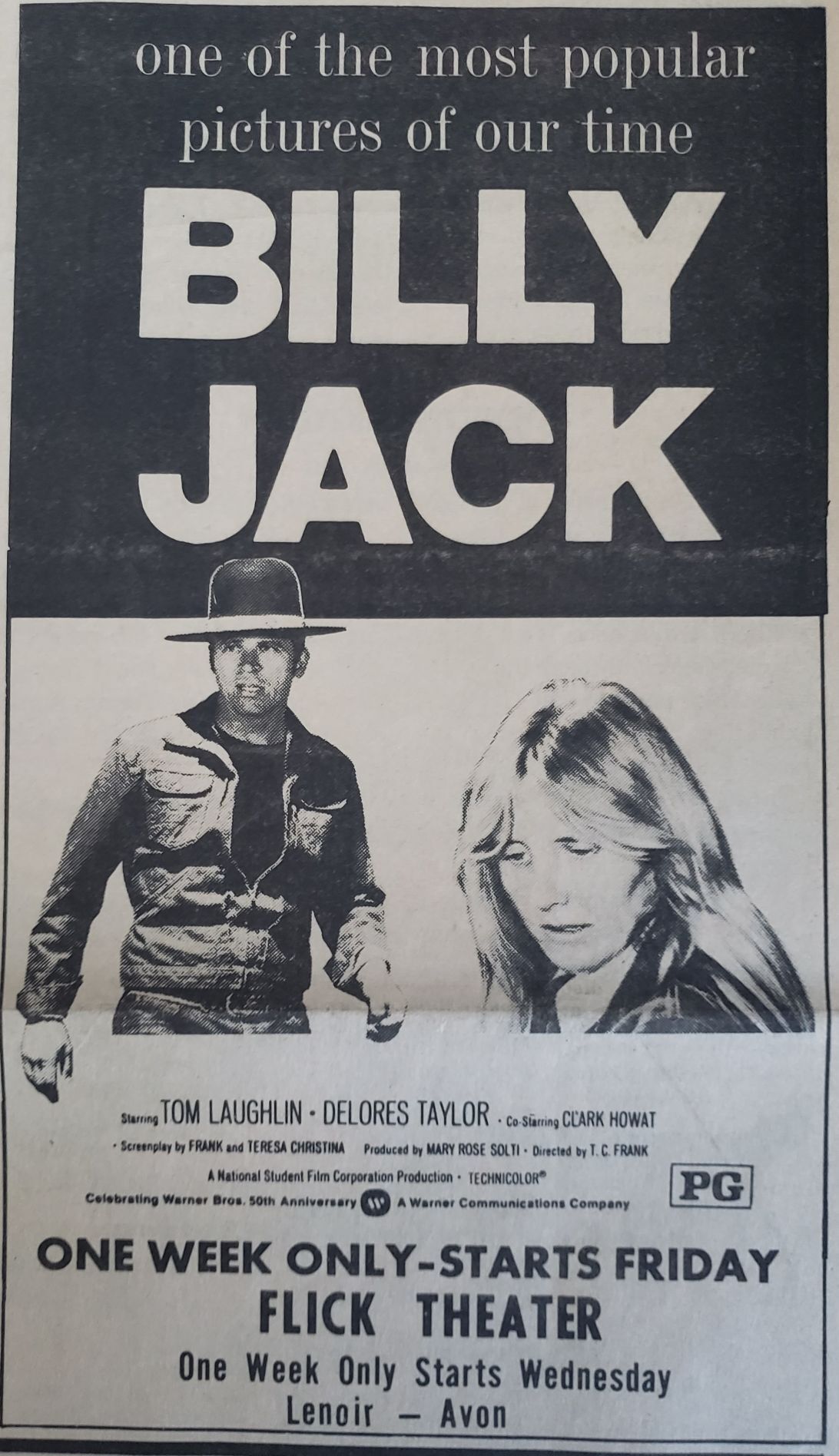 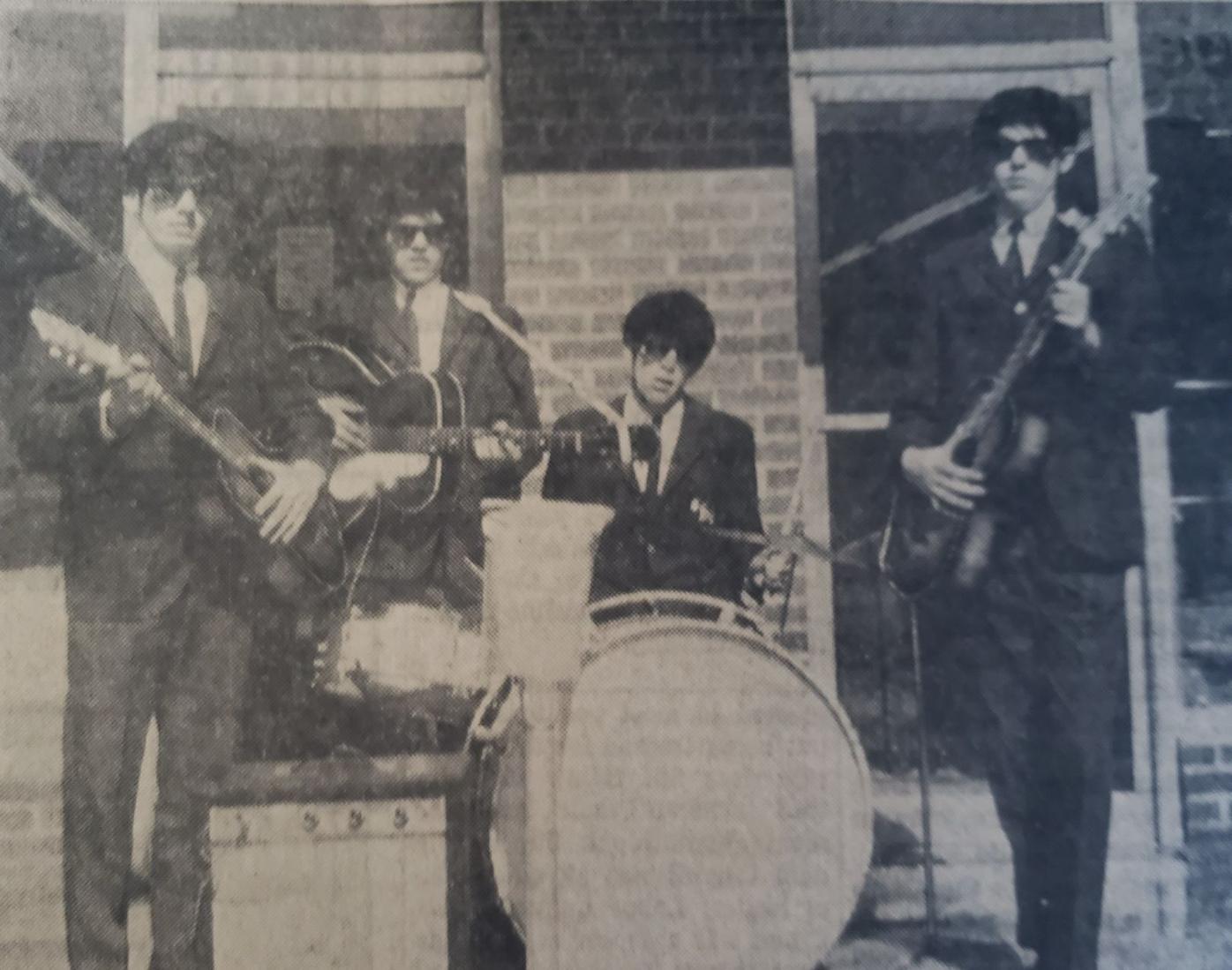 A cover band of The Beatles performed at the opening of the Appalachian Record Store, from the March 12, 1964 issue of the Watauga Democrat. 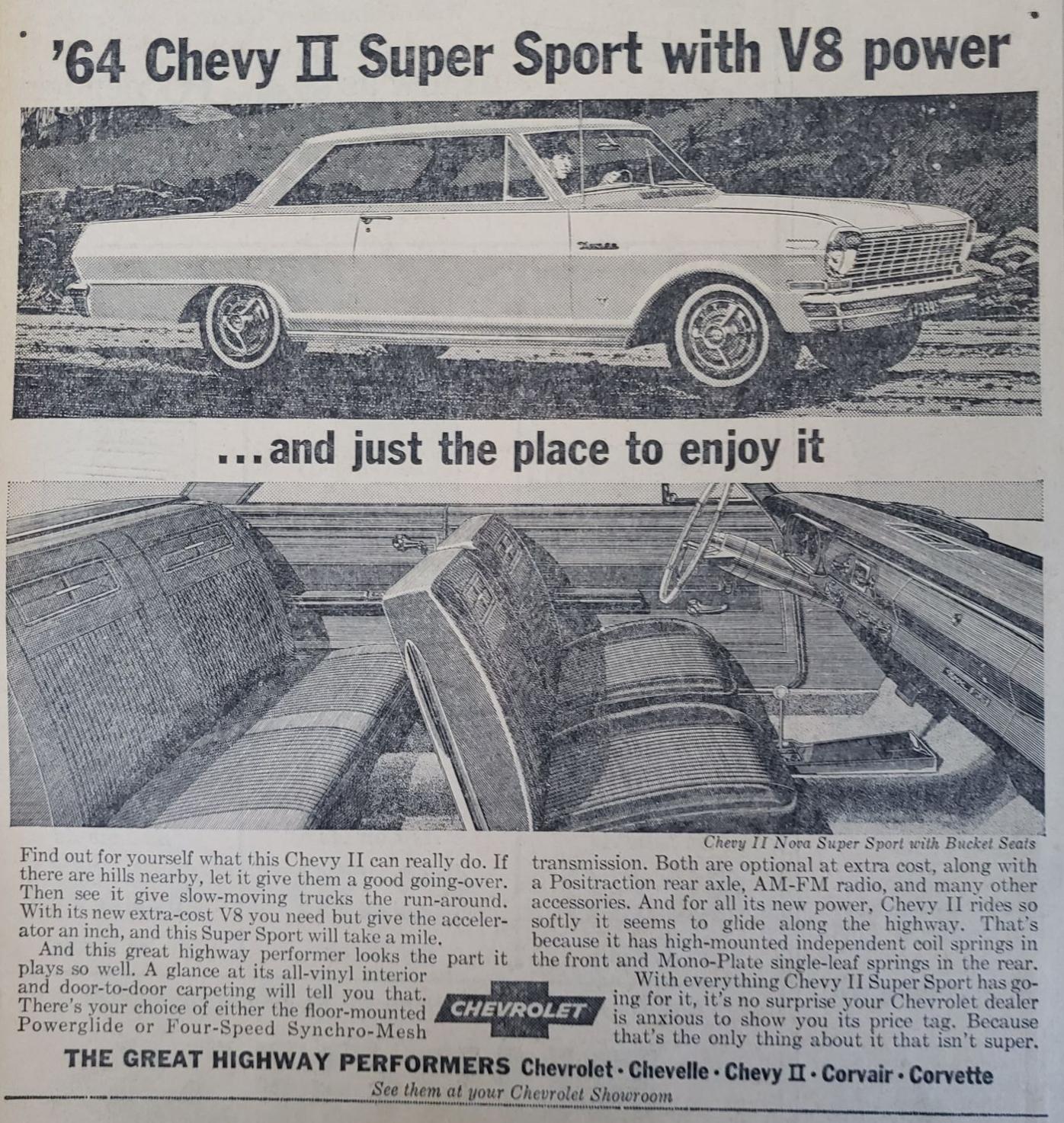 An ad for the new Chevy is featured in the March 12, 1964, issue of the Watauga Democrat. 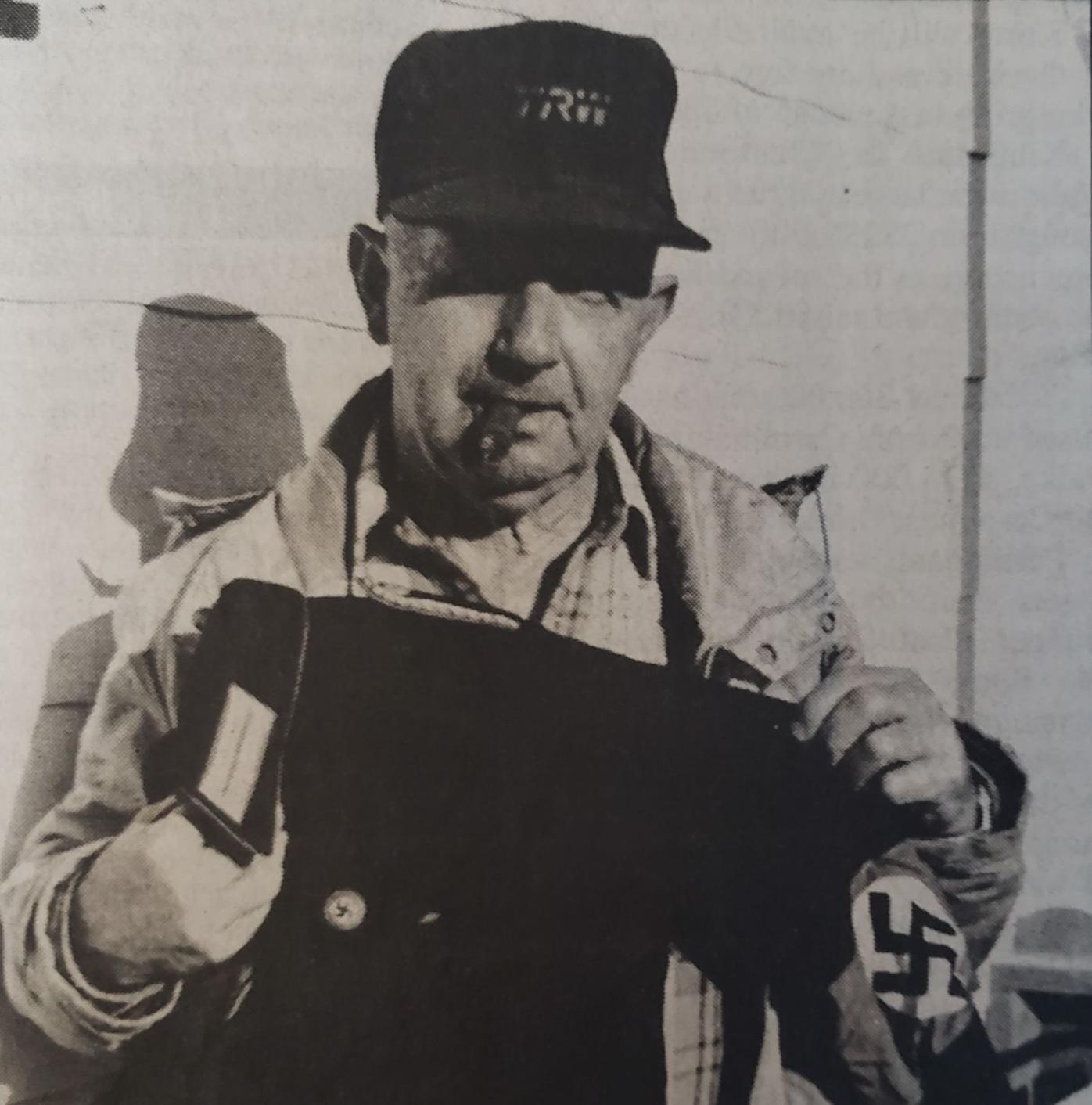 George Winebarger holds up a Nazi uniform that was discovered in an old house, according to the March 18, 1994, issue of the Watauga Democrat.

A cover band of The Beatles performed at the opening of the Appalachian Record Store, from the March 12, 1964 issue of the Watauga Democrat.

An ad for the new Chevy is featured in the March 12, 1964, issue of the Watauga Democrat.

George Winebarger holds up a Nazi uniform that was discovered in an old house, according to the March 18, 1994, issue of the Watauga Democrat.

An article from the March 12, 1964 issue of the Watauga Democrat detailed the opening of a new store and the live band they had play out front for the occasion.

“Boone’s newest business establishment, the Appalachian Record Shop, opened for business last week with a full supply of 45 and 78-rpm records of all types,” the article stated.

Located “on the Square,” the shop was at the corner of King and Depot Street, between the Boone Loan and Gun Shop and the Southern Bell Telephone Company.

“The Appalachian Record Shop is presently featuring single records and an album by the Beatles, the sensational new British singing group, along with all other types of records from jazz to rock ‘n’ roll to folk music to old standards to hymns,” the article stated.

The opening included impersonators of The Beatles performing in front of the store.

“The Appalachian Record Shop also has a ‘record club,’ whereby the purchase of a certain number of records within a stated period entitles the buyer to a free record,” the article stated.

“A policy concerning recent streaking episodes on the Appalachian State University campus was announced Friday by the student government association,” stated an article in the March, 11, 1974, edition of the Watauga Democrat.

The article quoted then-Vice Chancellor for Student Affairs Braxton Harris in saying, “Several incidents have occurred during the recent streaking episodes that could have resulted in serious injury … The university administration feels compelled to take some action to ensure the safety and rights of all members of the campus community.”

The article stated that the policy ruled that violators who are identified would be subject to an immediate suspension by the chancellor pending a hearing.

A separate article in the same issue of the Watauga Democrat described the protests against the new rule, with as many as 2,000 students assembling on the chancellor’s lawn, marching through the downtown area of Boone and held a sit-in on the administration building steps.

“Streaking, the campus fad of running in the nude, last week drew as many as three late-hour crowds on the campus. Forty to 50 students have participated in the streaking incidents on the campus,” the article stated.

According to the article, violators would be prosecuted to the full extent of the law, facing a $500 fine or six months in jail.

“When Phil Critcher helped his son and daughter-in-law renovate any old house, they didn’t find an skeletons in the closets. But they did find a Nazi war uniform in the attic,” stated an article from the March 18, 1994, issue of the Watauga Democrat.

According to the article, the more than 100-year-old house had previously belonged to Critcher’s wife’s grandfather. Critcher found the uniform and other items from WWII in the attic.

“I didn’t know any of this stuff was up here. The more I looked, the more stuff I found,” Critcher was quoted as saying in the article.

“Among the items found were medals, an American flag, American Army uniforms, Army duffel bags and even a newspaper dated 1945,” the article stated.

According to the article, also found were an Army banner from what is now Fort Campbell in Kentucky, old letters which included the news of a casualty, metal canisters and a Purple Heart medal.

The casualty news related to Ben Lookabill, who had been killed by a sniper while crossing the Rhine River in German on April 21, 1945. According to the article, George Winebarger, who had married Lookabill’s sister, was responsible for sending Lookabill’s belongings home.

The article stated that many of the items made sense given the house’s history, but no one knew why a Nazi uniform was included.

“We may never know the truth. If only these clothes could talk,” Critcher was quoted as saying.