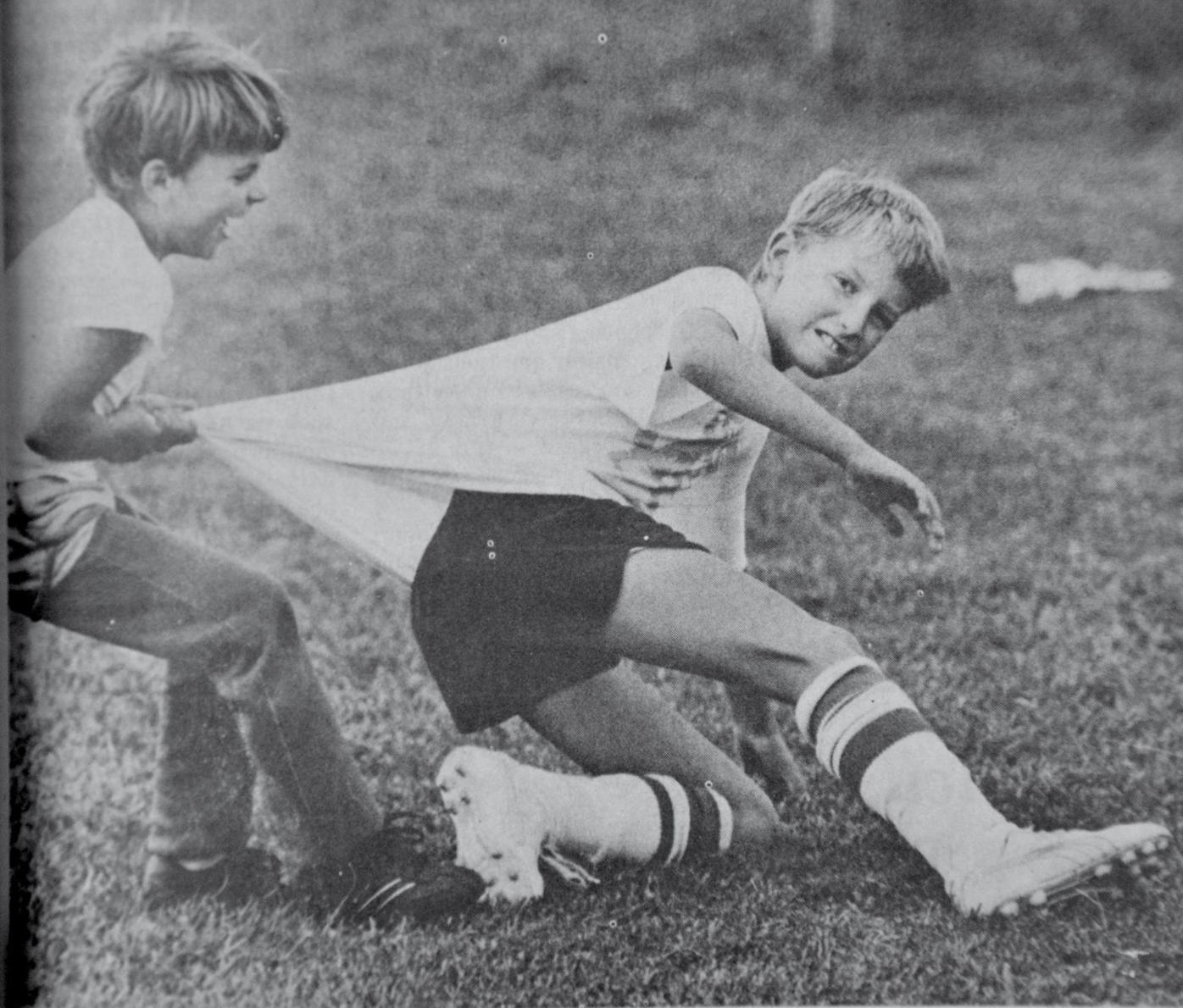 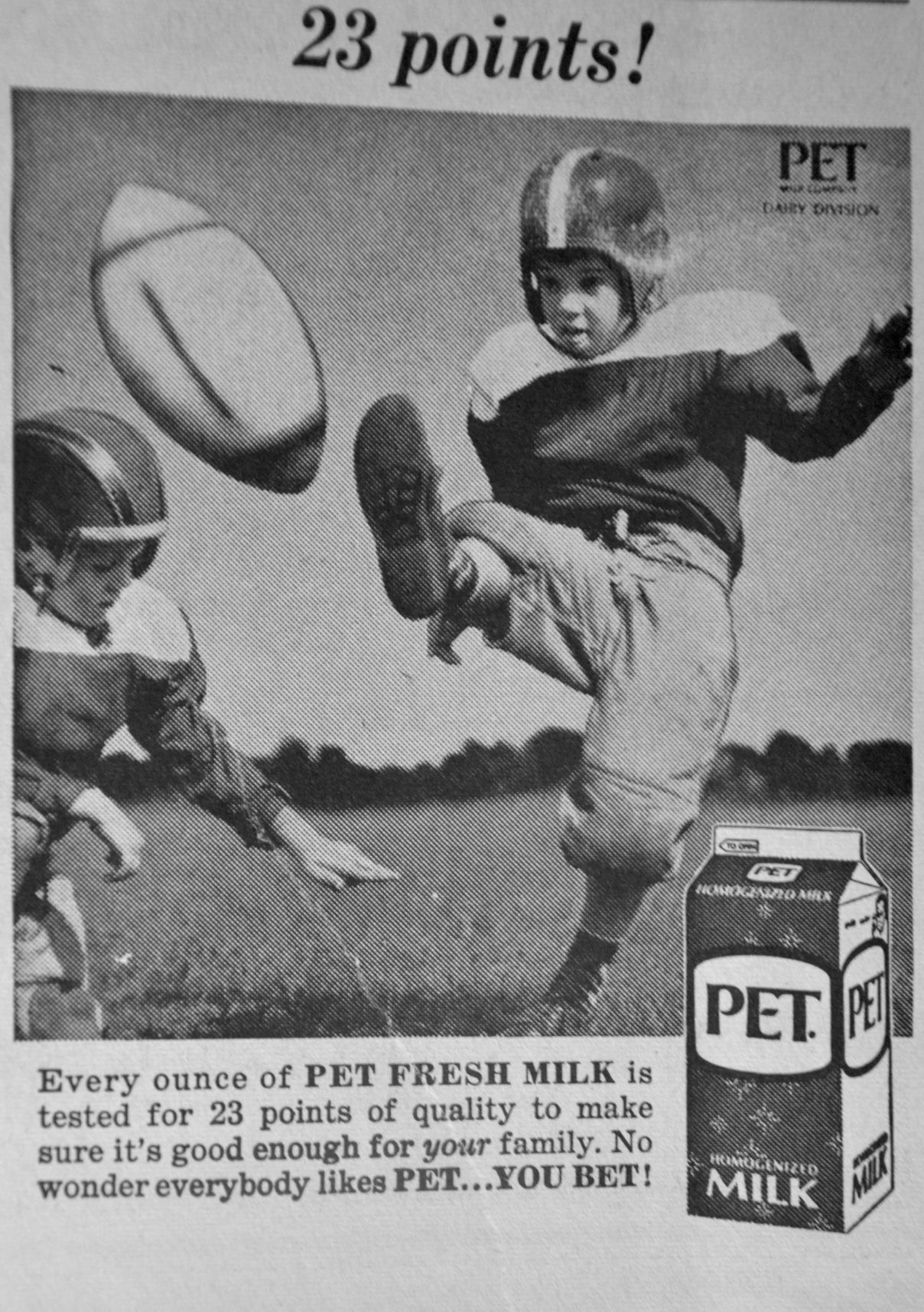 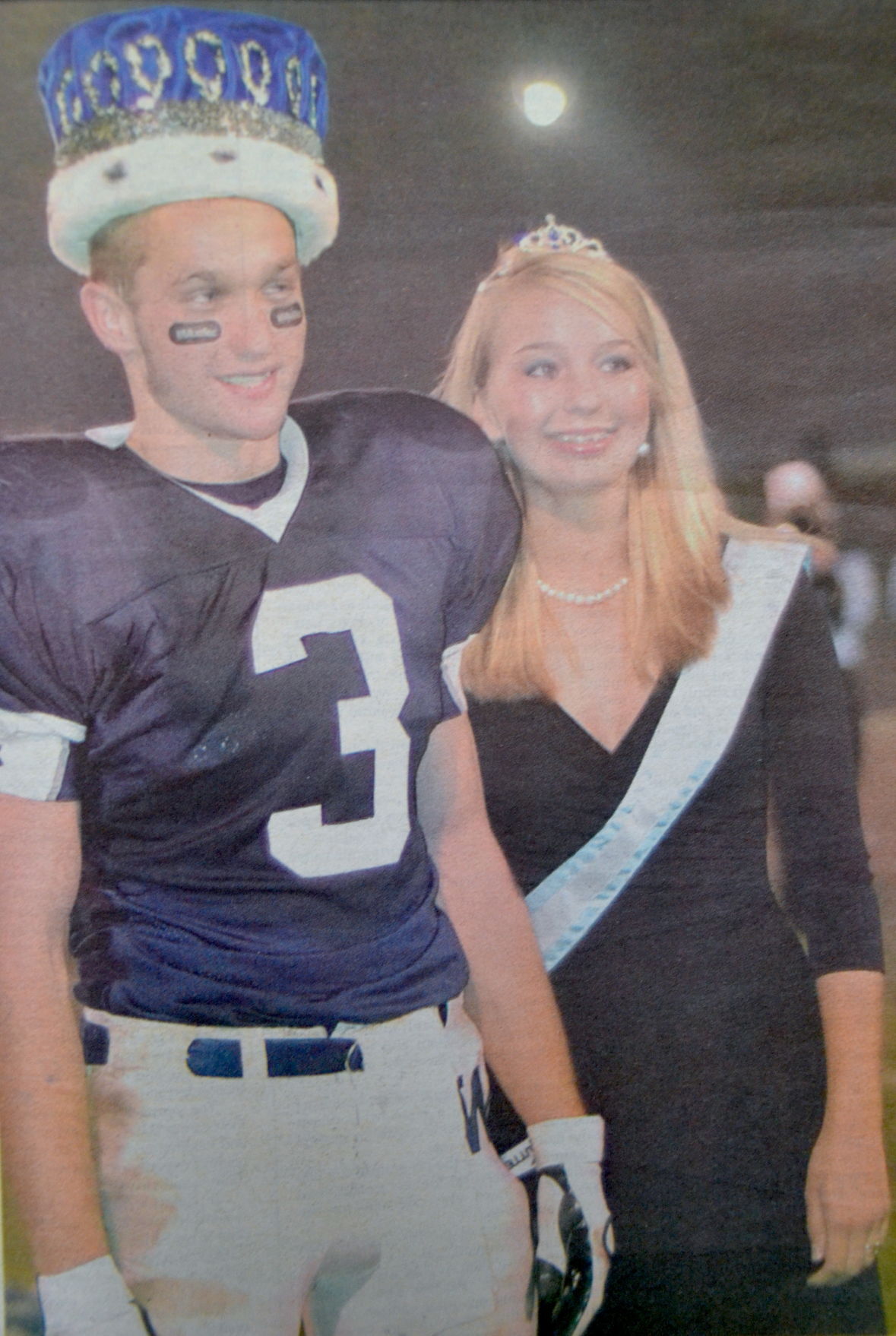 Caleb Martin and Callie Woodring are crowned the 2006 Watauga High School homecoming king and queen during halftime of a game against South Caldwell. 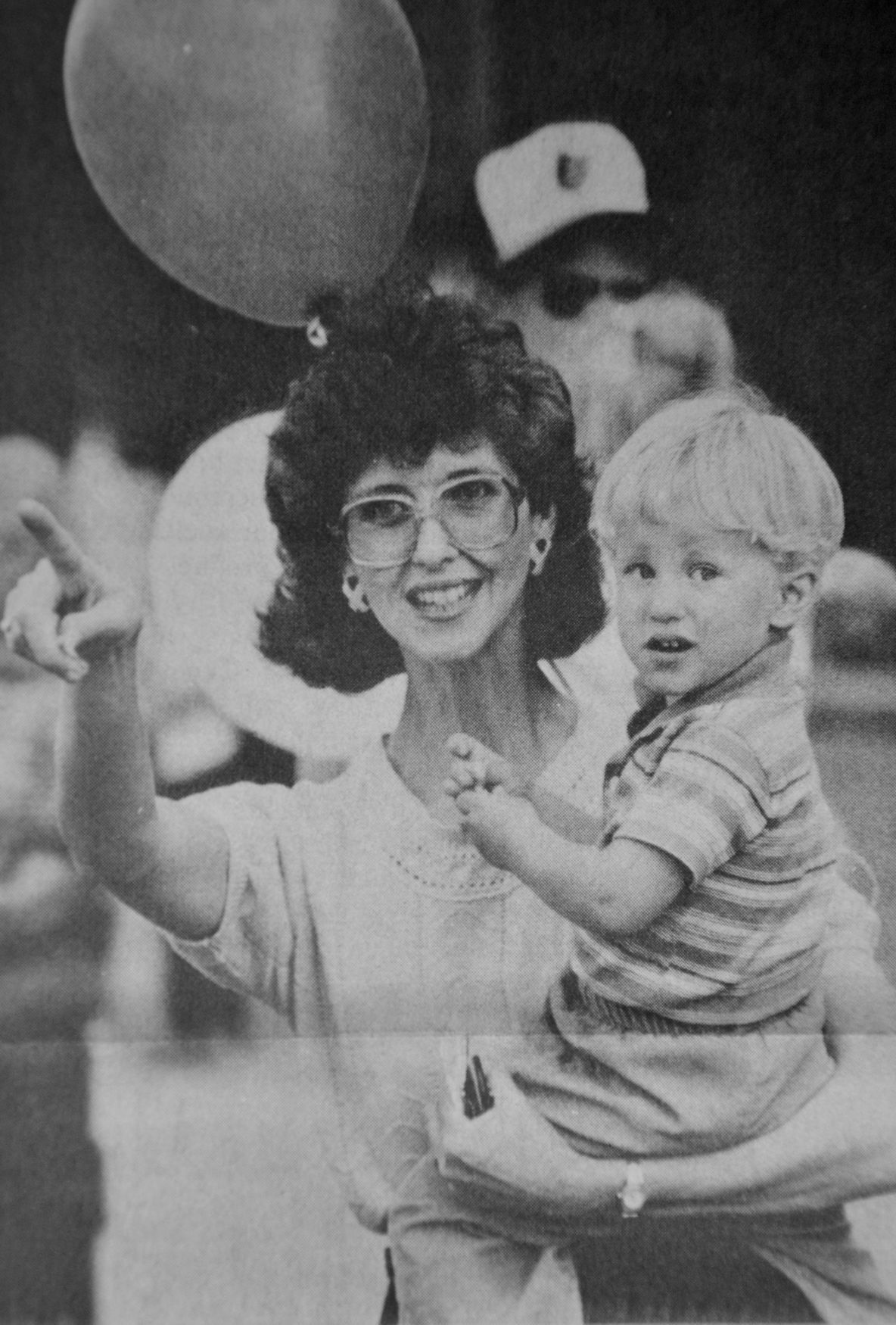 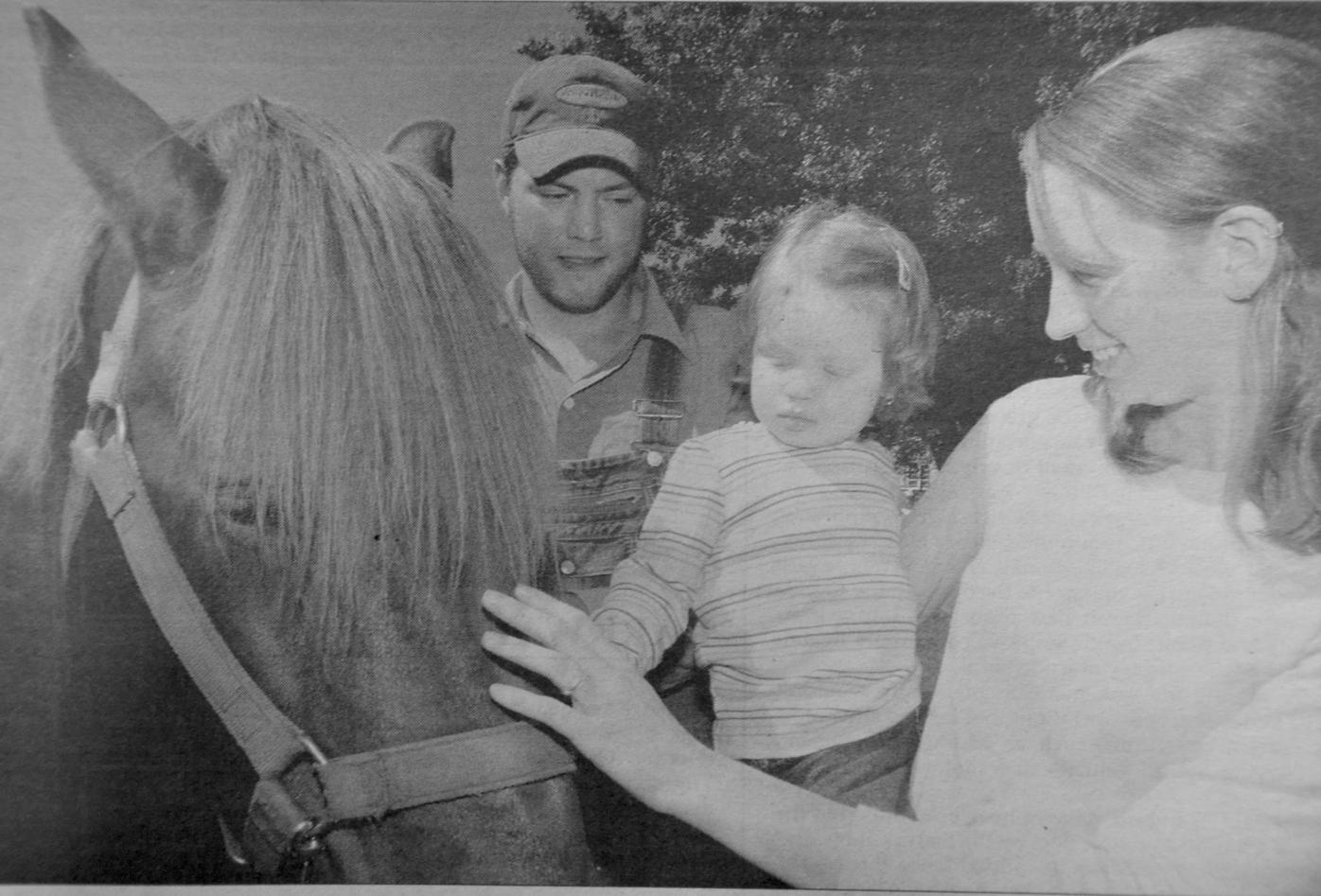 Caleb Martin and Callie Woodring are crowned the 2006 Watauga High School homecoming king and queen during halftime of a game against South Caldwell.

A Sept. 29, 1966, article in the Watauga Democrat notes the upcoming dedication of the Lucy Brock Nursery School named for a retired chairman of the Department of Home Economics at Appalachian State Teachers College. The Lucy Brock Child Development Laboratory Program is now operated by the Appalachian State University’s Department of Family and Child Studies located in the Reich College of Education.

“The nursery school building, which was erected at the cost of $72,000 from state appropriations, was opened last fall. Juanita Egerton directs the school’s operations and is aided by a staff of fire student assistants, a nurse and a cook. The primary function of the school is to serve as a laboratory school for home economic students who are taking child development courses, the article stated.

“Brock, a native of Tennessee, was born in 1895. She received (bachelor of science bachelor of arts and master of arts) degrees at the University of Tennessee. She taught for 14 years in Tennessee high schools before joining the Appalachian faculty in 1938. She retired in 1961, and two years later was given the title of professor and granted chairman-emeritus status by the college’s board of trustees.

Catherine Dennis, the state supervisor of home economics education, addressed the crowd at the dedication, according to the Oct. 6 article. The article quoted Dennis as saying, “It was with Lucy Brock, who started the first nursery school in this campus which, although inadequately housed, motivated the prospective home economics teacher to become aware of the needs of the small child at that period of life when more learning takes place than during any other period of growth and development.

“Through the years of her employment, she urged, promoted and, at times, even used coercive tactics to motivate the administration to support this important aspect of the home economics program,” Dennis stated in the Oct. 6 article.

“The Appalachian State University Foundation has told its Foundation Investments Advisory Committee to think again about divesting the university’s holdings in companies doing business in South Africa,” according to a Sept. 29, 1986, article in the Watauga Democrat.

“The ASU Foundation, the university’s fundraising arm, voted Friday not to accept the report of the investment committee, which had recommended against divestment. ASU’s stock holdings in companies doing business in South Africa are not a major proportion of total holdings, but represent participation in that country’s apartheid regime, say supports of the divestment move. Universities and corporations across the United States are engaged in the moral battle to cut the economic underpinnings from apartheid.

“The vote followed a campus demonstration supporting divestment by about 75 students and faculty. Demonstrators presented a petition urging divestment to the foundation. The foundation, in a resolution made Friday, asked the investment committee to meet again within 30 days ‘for the purpose of consideration of reevaluating its policy,’” according to the article.

“The resolution also notes that the foundation board’s decision, to reconsider divestment came ‘in view to him by a group consisting of students and faculty.’ The demonstration Friday morning in front of Belk Library had wide participation of the Black Student Association, as well as white students and faculty. Participants said the success of the demonstration in stalling final rejection of divestment would encourage more pressure to be exerted to the cause.

“Willie Fleming, director of minority student affairs at ASU, said Friday’s demonstration reminded him of the 1960s, when student activism effected massive changes in American foreign policy,” the article stated. Fleming was quoted in the article as saying, “I think it’s important that the students take a stand. You need to be on one side or the other. If the university’s sensitive at all they’ll see that people are hurting and are embarrassed that we’re having to fund this.”

“The final stage of the approval process for an expansion at Parkway Elementary School is being paved,” stated an Oct. 2, 2006, article in the Watauga Democrat.

“The National Park Service is taking comments on an Environmental Assessment for granting a right-of-way permit for the Watuaga County Board of Education. The assessment is required because of the potential impacts of the project on the nearby Blue Ridge Parkway. The EA has a proposal for two actions; no action, or allow the school board to develop a parking lot and entrance across Old U.S. 421from the parkway in the Deep Gap area.

“The school board has been pursuing the project for about a decade, seeking use of a former rest area operated by the state that neighbors the school. The rest area was closed after the completion of the Doc and Merle Watson Highway, a four-lane update of U.S. 421. The development of the property would create an additional entrance for the elementary school, which currently has a single, narrow entrance. It would also allow for 72 more parking spaces, sidewalks and landscaped areas,” the article stated.

“The EA says the school board is seeking a 10-year right of way. The DOT has said it will relinquish the rights to the roadside rest area when the permit is issued to the school board. The school, which has been at the location for over 50 years, would need to seek renewal of the permit after 10 years, according to the article.