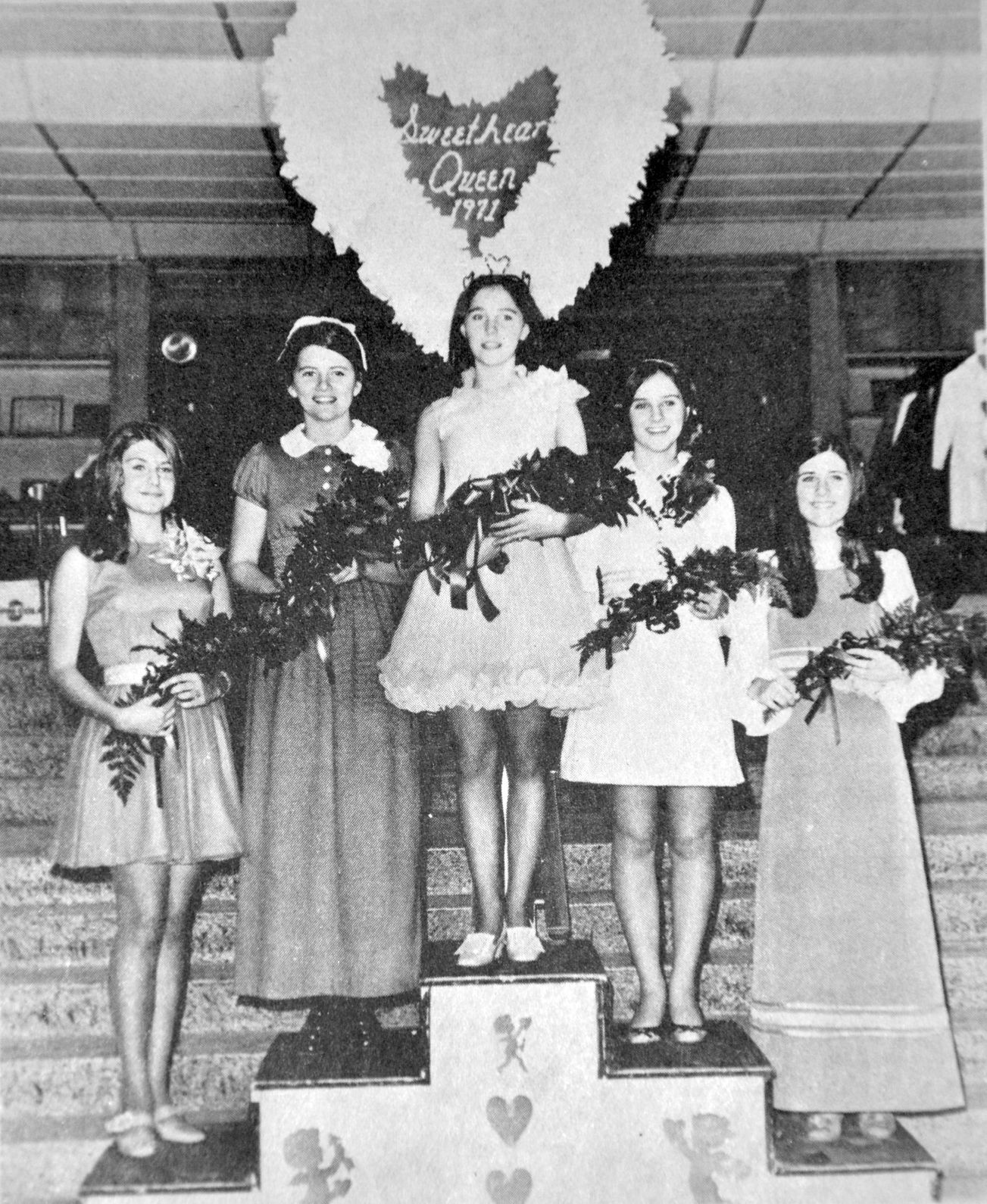 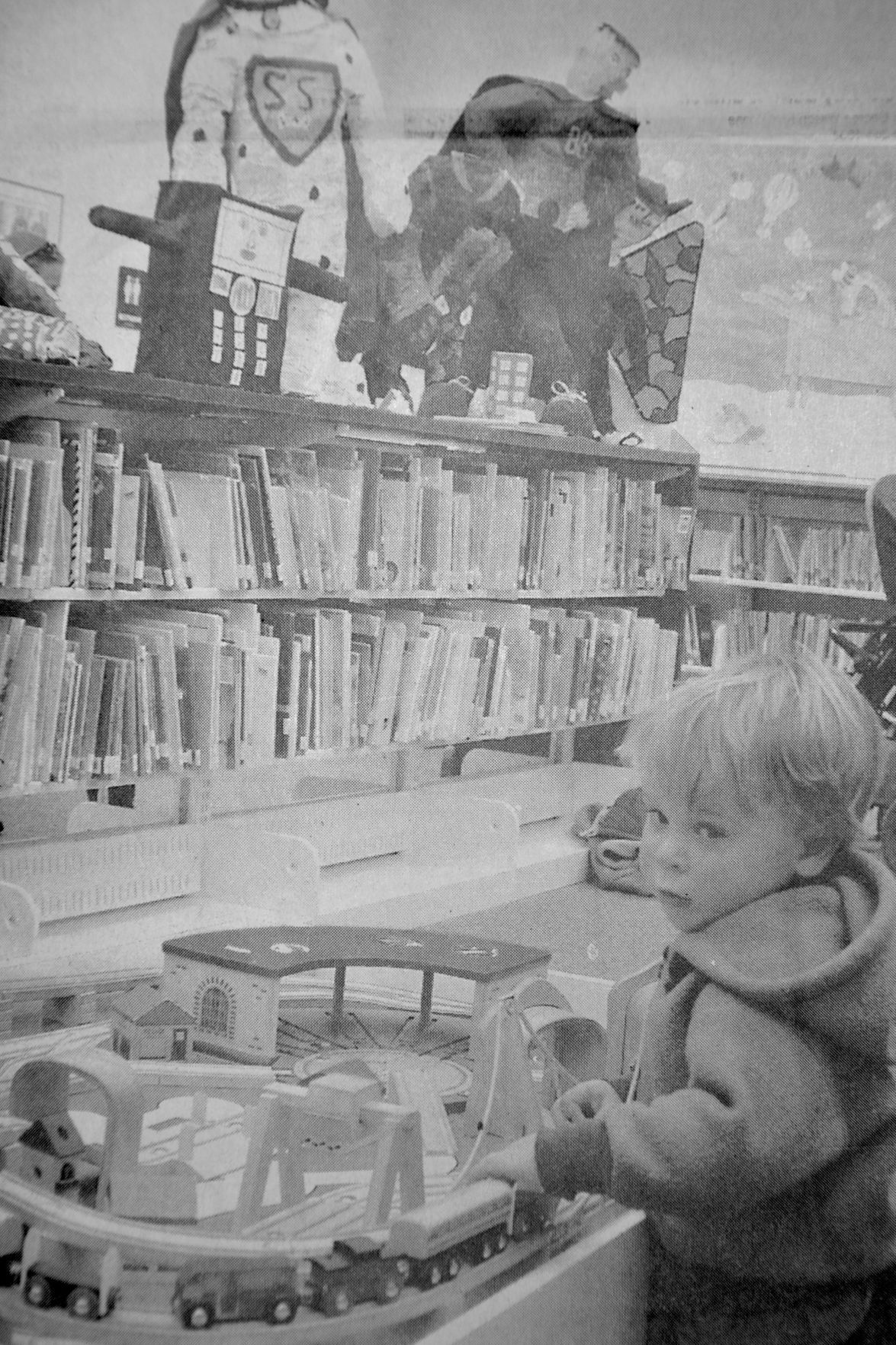 Joseph Wiswell, a 2-year-old in 2001, plays with a wooden train set at the Watauga Public Library, which was featuring paper-mache creatures created by Kent Oehm’s middle school art classes at Cove Creek and Hardin Park. 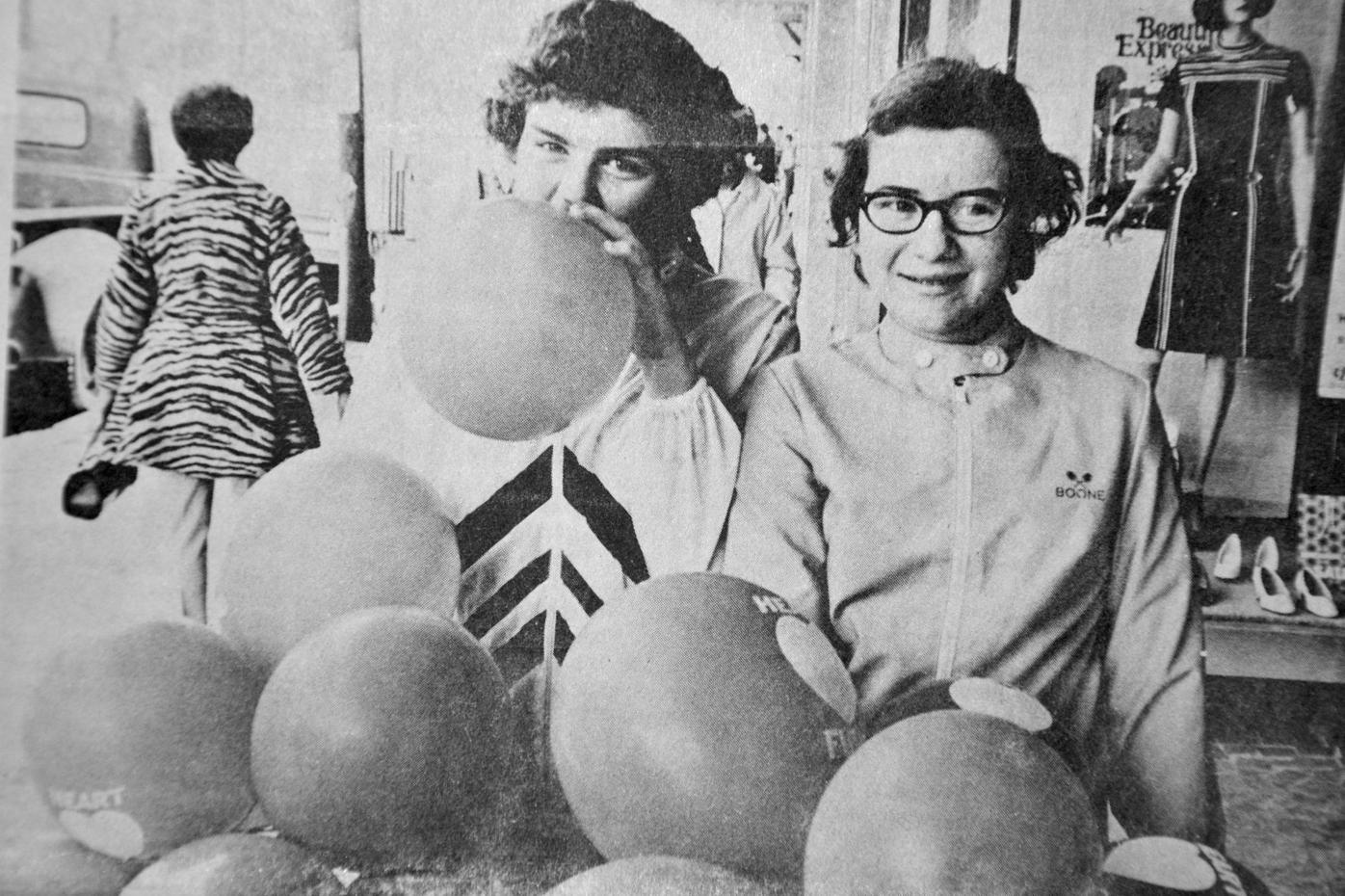 Carol Carpenter and Rhonda Brooks from Girl Scout Troop 195 sell balloons to raise money for the Heart Fund in March 1971.

A 1951 advertisement showcases movies playing at the Appalachian Theatre. 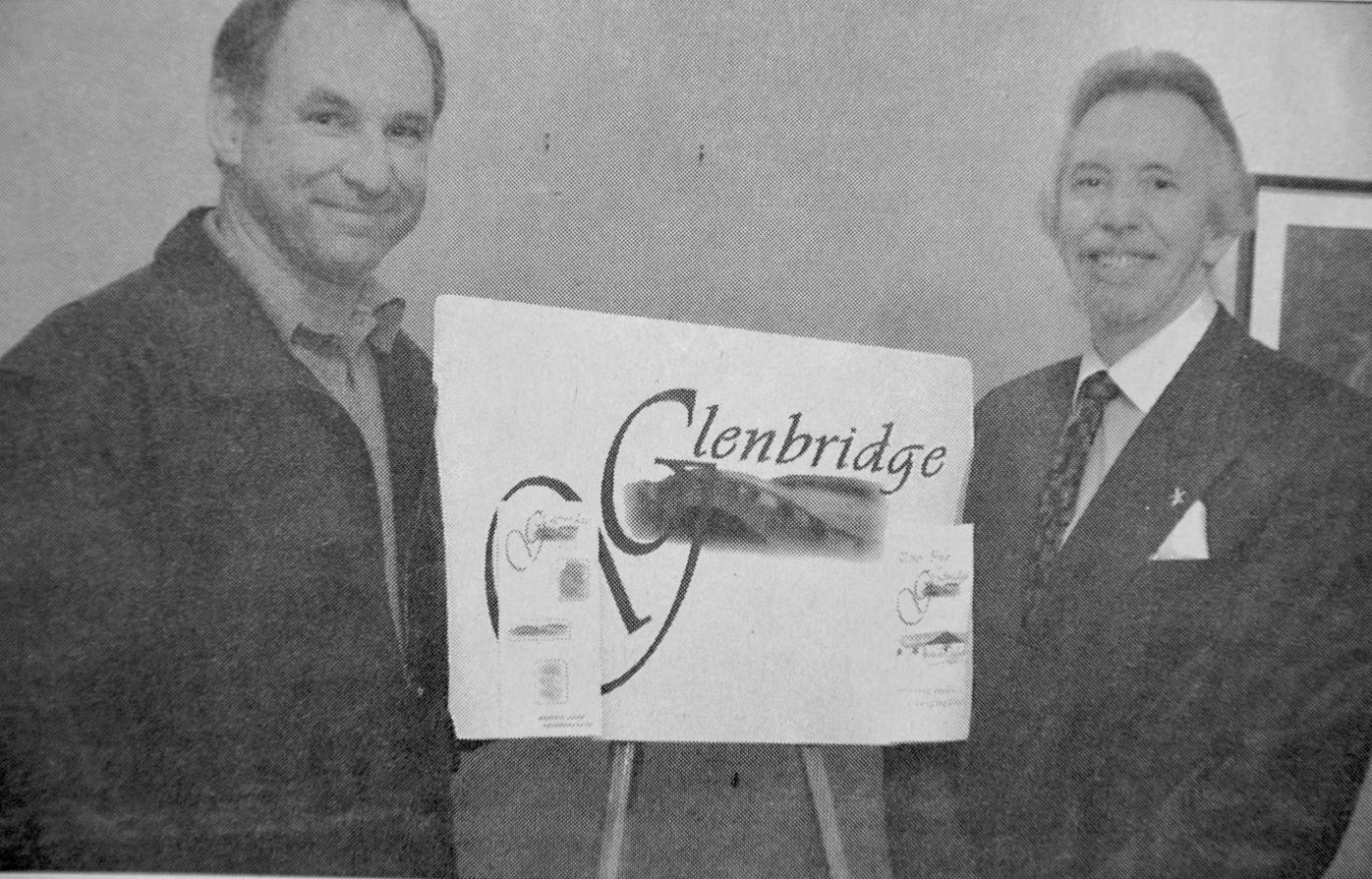 Joseph Wiswell, a 2-year-old in 2001, plays with a wooden train set at the Watauga Public Library, which was featuring paper-mache creatures created by Kent Oehm’s middle school art classes at Cove Creek and Hardin Park.

Carol Carpenter and Rhonda Brooks from Girl Scout Troop 195 sell balloons to raise money for the Heart Fund in March 1971.

A 1951 advertisement showcases movies playing at the Appalachian Theatre.

“Dogs continue to go mad in different sections of Watauga County, according to information from the health department, at least seven dogs having been found to be rabid since the start of the current epidemic,” stated an article in the March, 1, 1951, edition of the Watauga Democrat.

“The quarantine of all dogs in the town, including the town of Boone, will be continued through the end of March, on order from the county health officer, Dr. Mary Michal. This means that all dogs must be confined on the premises of the owner except when on leash or under the control of the owner or other responsible person,” the article stated.

The article added information from a state law that stated, “When quarantine has been established and dogs continue to run at large, uncontrolled by the owners or persons responsible for their control, any police officer or deputy sheriff shall have the right, after reasonable effort has been made on the part of the officers, to find the owners, to kill said dogs and properly dispose of their bodies.”

“With the opening this week of the Boone branch of Roses Stores Inc., the Watauga Village Shopping Center takes another giant step in its development,” stated a March 11, 1971, article in the Watauga Democrat.

“There were 147 employees on the payroll last week and the word from the advertising department at Roses is that that many are on hand now, waiting to serve the public in the modern merchandising departments,” according to the article.

The article added that Roses operated in nine states at the time — North Carolina, South Carolina, Virginia, Tennessee, Kentucky, Alabama, Georgia Mississippi and Florida. The operation had realized more than $170 million in consolidated sales in 1969, an increase of $20 million over the previous year.

The store featured clothing for all family members, toys, housewares, photos, music, health and beauty aids, a hardware department and a large shoe department. According to the article, the store chain was founded in Henderson in 1915 by P.H. Rose.

“In receiving the community’s Transportation Task Force recommendation at its Feb. 22 meeting, the Boone Town Council agreed to ask that the proposed Daniel Boone Parkway corridor be studied further by the North Carolina Department of Transportation engineers,” according to a March 5, 2001, article in the Watauga Democrat.

The article quoted Mike Hall, who was chairing the task force, as saying that the action by council enabled NCDOT to “study the corridor along with the previously submitted alternative routes, as part of its ongoing process to review the town’s Thoroughfare Plan this spring and summer.”

“State law specifies that U.S. 421 through Watuaga County, as part of the Intrastate System in North Carolina, ‘shall have at least four travel lanes and provide safe, convenient through-travel for motorists,’” according to the article.

The article quoted Hall as saying, “From the very beginning, our goal has been to minimize the impact on the community, and for this reason, the Task Force recommended very strongly that the design and construction of the roadway incorporate a full range of roadside beautification enhancements.”

Some of the key concerns of the task force included prohibitions of the use of commercial signage, visual and sound barriers to shield residential properties and the inclusion of bicycle pathways.