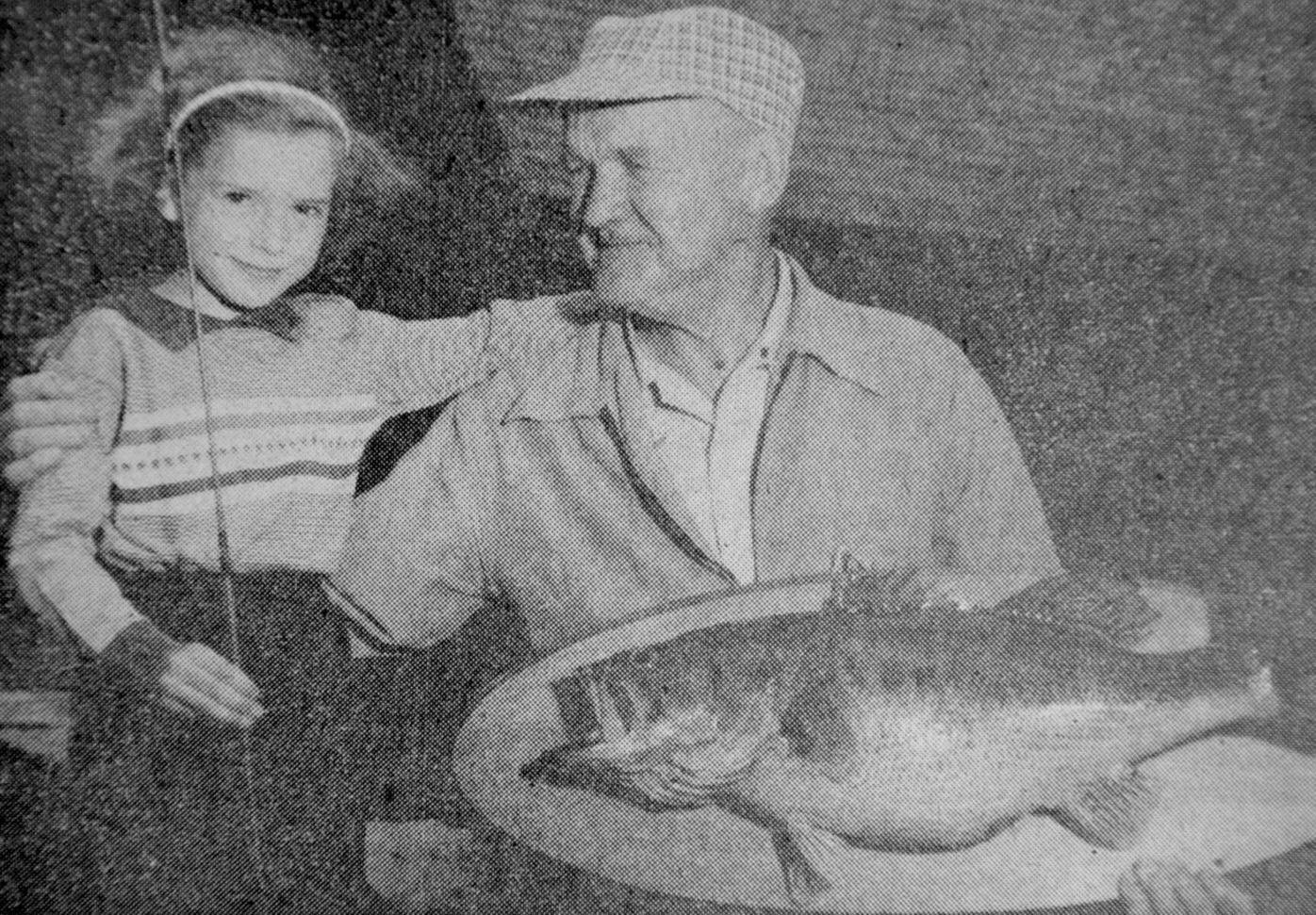 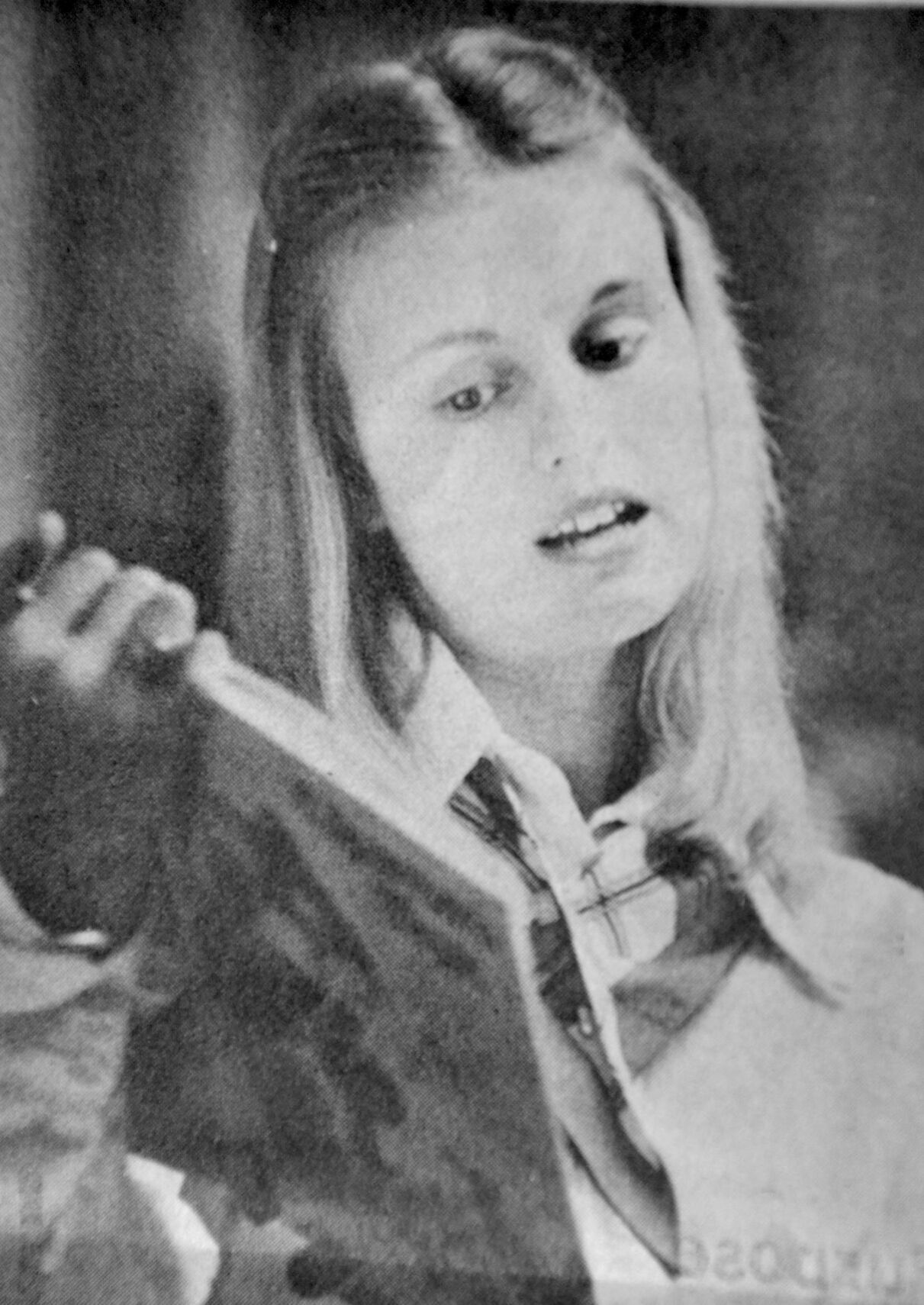 Lynn Swann reads a story to kindergarten and first-graders at Cove Creek in August 1978. 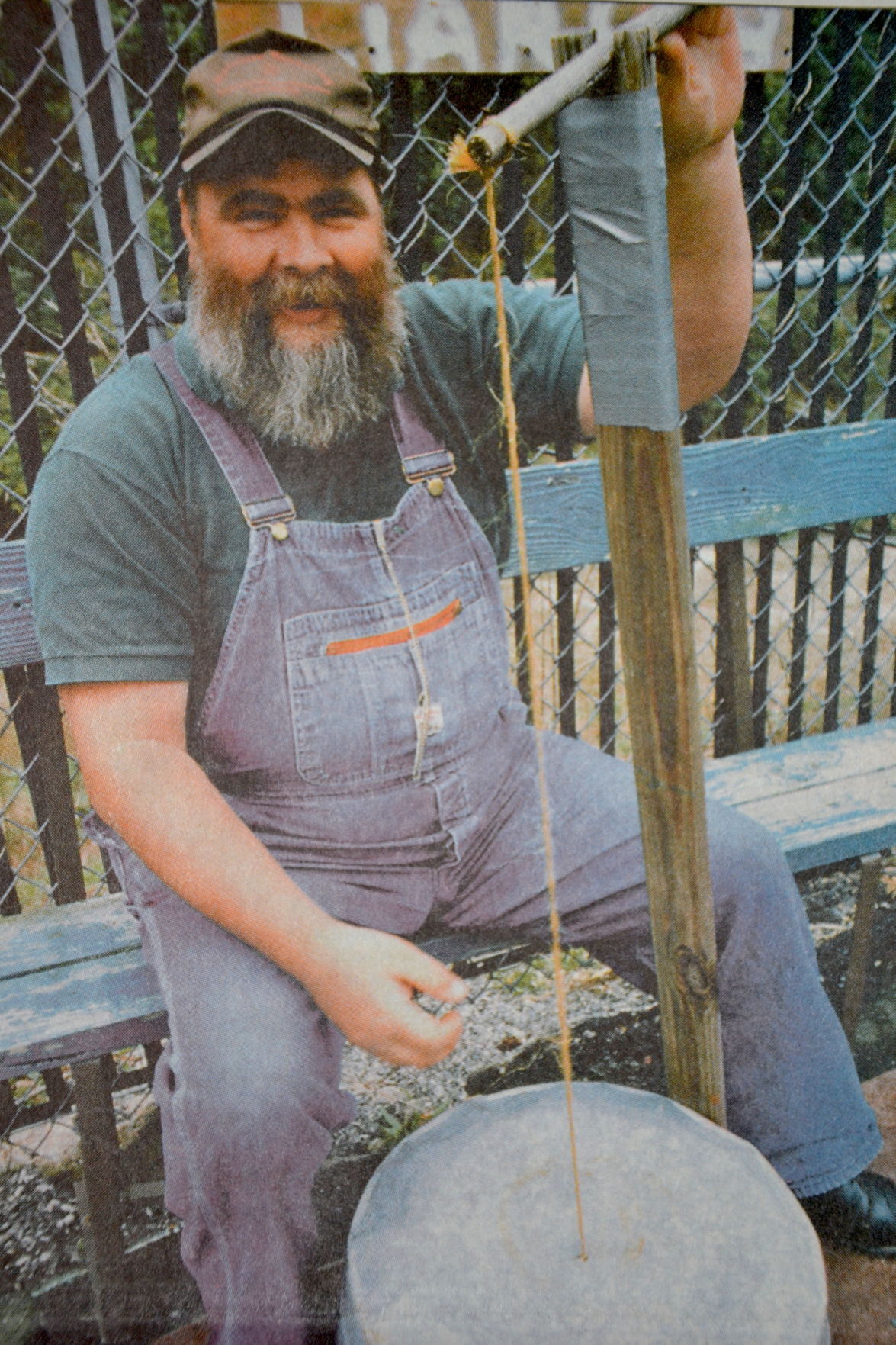 Local storyteller Orville Hicks discusses a book he was publishing in August 1998. 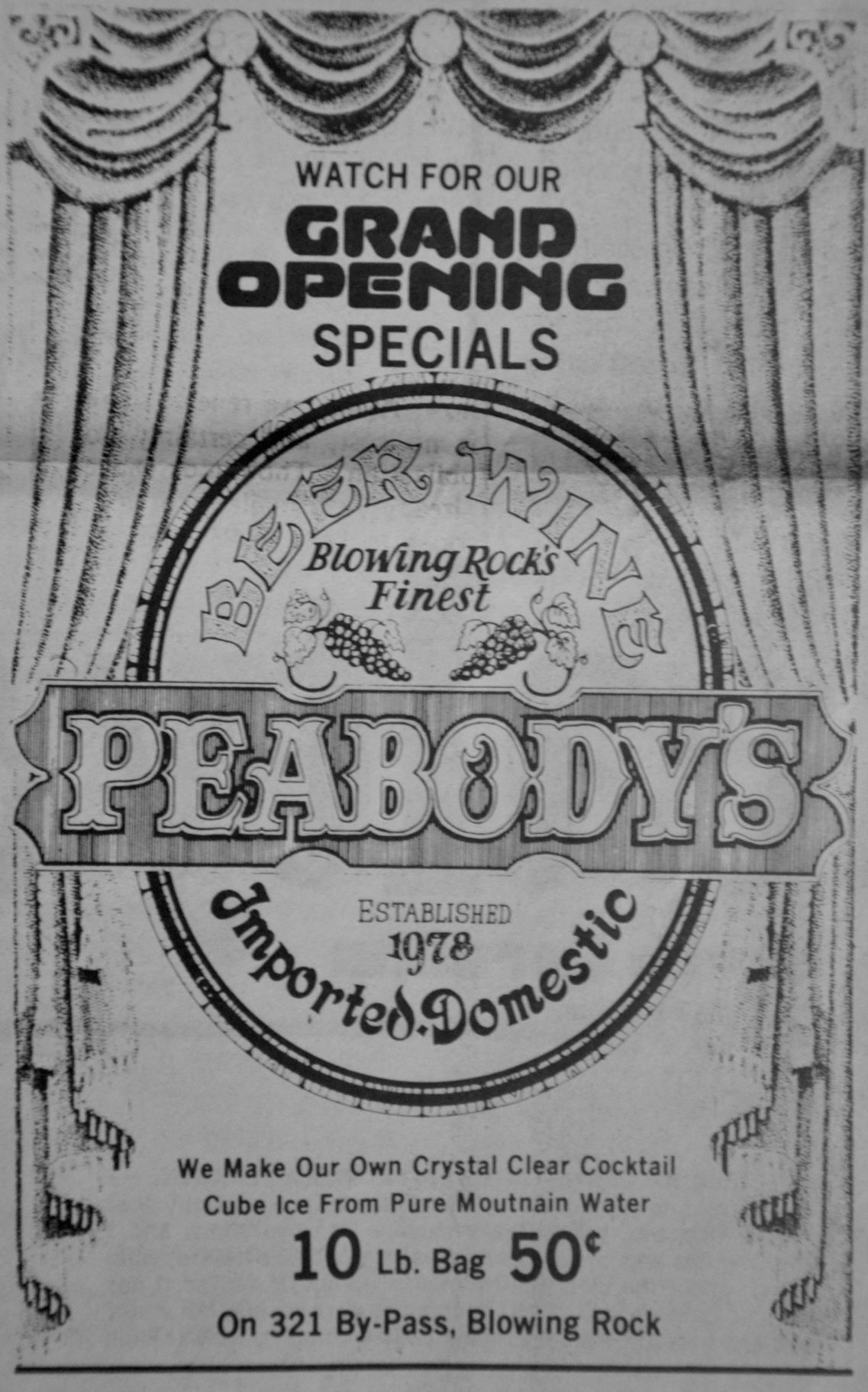 Peabody’s prepares for its grand opening with this 1978 advertisement. 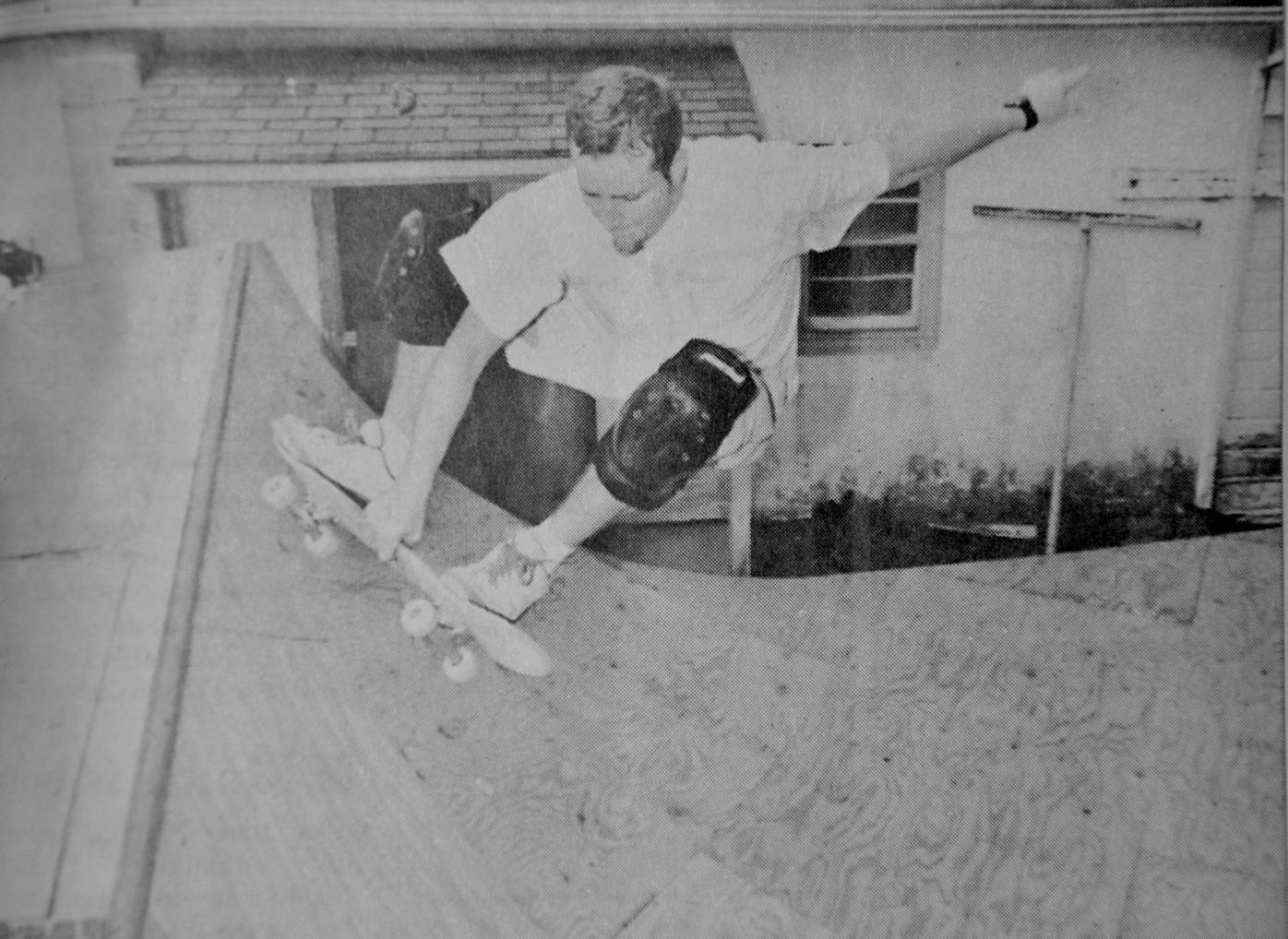 Brandon Clark skateboards on a half-pipe near Todd in August 1998.

Lynn Swann reads a story to kindergarten and first-graders at Cove Creek in August 1978.

Local storyteller Orville Hicks discusses a book he was publishing in August 1998.

Peabody’s prepares for its grand opening with this 1978 advertisement.

Brandon Clark skateboards on a half-pipe near Todd in August 1998.

An Aug. 14, 1958, article in the Watauga Democrat documented how law enforcement used 28 sticks of dynamite to “put an end” to two separate illegal liquor stills in Watauga. One was in the Jakes Mountain Road area and the other in Meat Camp; both were found by Sheriff’s Deputy Emmit Oliver.

The article stated that the Jakes Mountain Road still was described as a small operation with about 15 gallons of whiskey that was confiscated by Sheriff E.M. Hodges.

“At the time of its discovery Thursday morning no one was at the still, which was several hundred feet down the bank from the road, just above Trout Creek. The still was not hot, and it could not be determined when the last ‘run’ was made. Oliver put this still out of business with eight sticks of dynamite,” according to the article.

Oliver found 90 gallons of whiskey at the still in Meat Camp with five vats of mash ready to go and three empty vats located around the area.

“Besides the whiskey that was confiscated, a pump, plastic hose, fruit jars and other equipment was salvaged. Twenty sticks of dynamite were placed under the rest of the equipment to blow up the operation,” the article stated.

“Residents of the Meat Camp community packed the Boone Town Hall Monday night for a public hearing on the $5.2 million water bond order for the town of Boone,” the article stated.

Meat Camp was also being considered as a “feasible” site for a future dam according to Les Hall of Henningson, Durham and Richardson — a Charlotte-based engineering firm. Boone Fork, Watauga River and Winkler’s Creek were other possibilities, but the article quoted Hall as saying that “there is no source of water better than Meat Camp Creek.”

“Although Meat Camp residents comprised the majority of Monday night’s overflow audience, there were several town residents in attendance. No one in the crowd spoke in favor of the Meat Camp site. Residents expressed concern over the reclassification of Meat Camp Creek (from) C-trout to A-2.

“Other concerns expressed during the hearing included the number of persons who will be affected by the project, the possibility of future floods, the amount of lead deposited into the creek bank by the Watauga Gun Club, the condemnation of the land and the question of going with Appalachian State University or the county in a water system,” according to the article.

A new restaurant was planned to open in the old spot of the Appalachian Soda Shop, according to an Aug. 12, 1998, article in the Watauga Democrat. The old shop was bought by Anne and Todd Bolyea of Salisbury, who were planning on using some of the “artifacts they found in the basement of the old shop as the decor for the new restaurant,” the article stated.

“When the Bolyeas opened the warped, wooden door to the dusty underbelly of the aged soda shop, they found another person’s random treasures. A 400-pound car motor lay at the bottom of the rickety steps. Various other treasures cluttered the storage space: old aluminum signs still advertising ‘cheeseburgers for 25 cents’ and ‘lettuce and tomato 20 cents,’” according to the article.

The Boyleas also found items like 12-ounce green Depression-glass bottles and an old Coca-Cola syrup jug, and planned to keep some of the items to use for their upcoming old-fashioned 1930s hamburger and hot dog shop. The restaurant was to be called App’s Grill and was to feature the look of an old diner with black and white tiled floors and a functional juke box.

According to the Appalachian Theatre — located at 559 West King St. — part of the west side of the first floor of the building was designated for the Appalachian Sandwich Shop (also known as the Appalachian Soda Shop). This is the space in which the Bolyeas created App’s Grill with plans to open the restaurant that September. This location also became home to a beer store called The Tin Can in the mid-2000s.