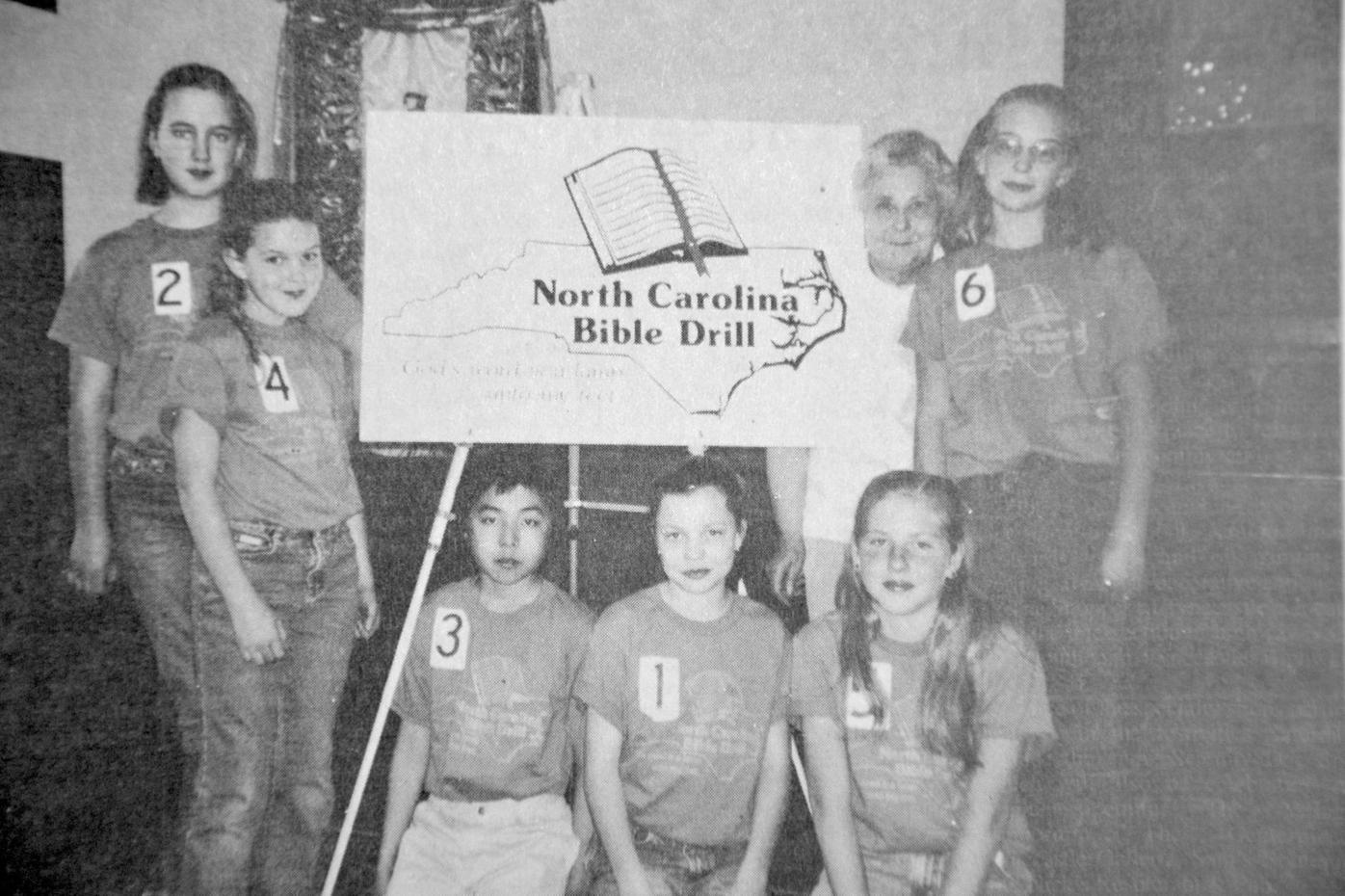 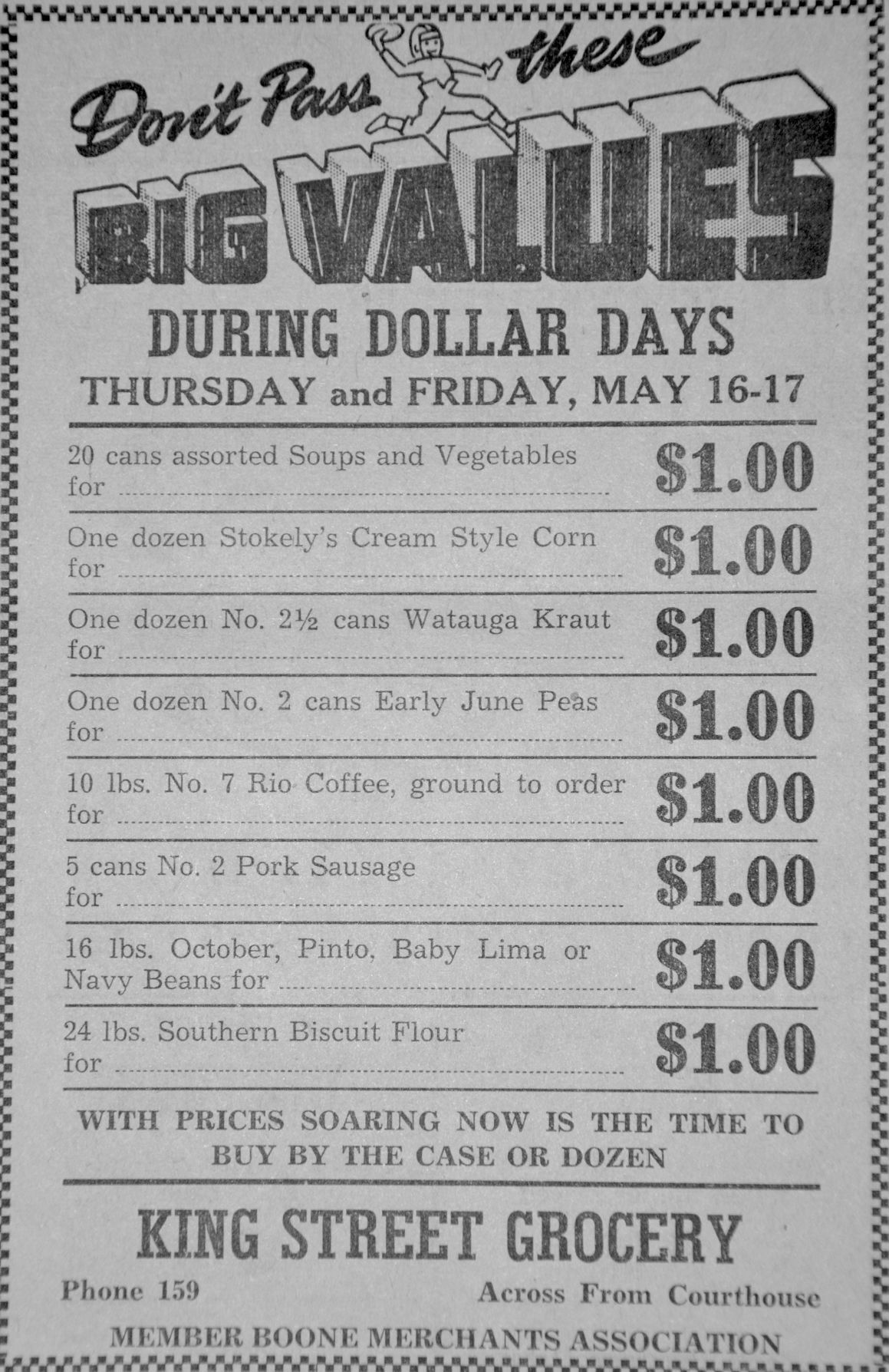 A May 1941 advertisement showcases “Dollar Days” at King Street Grocery. 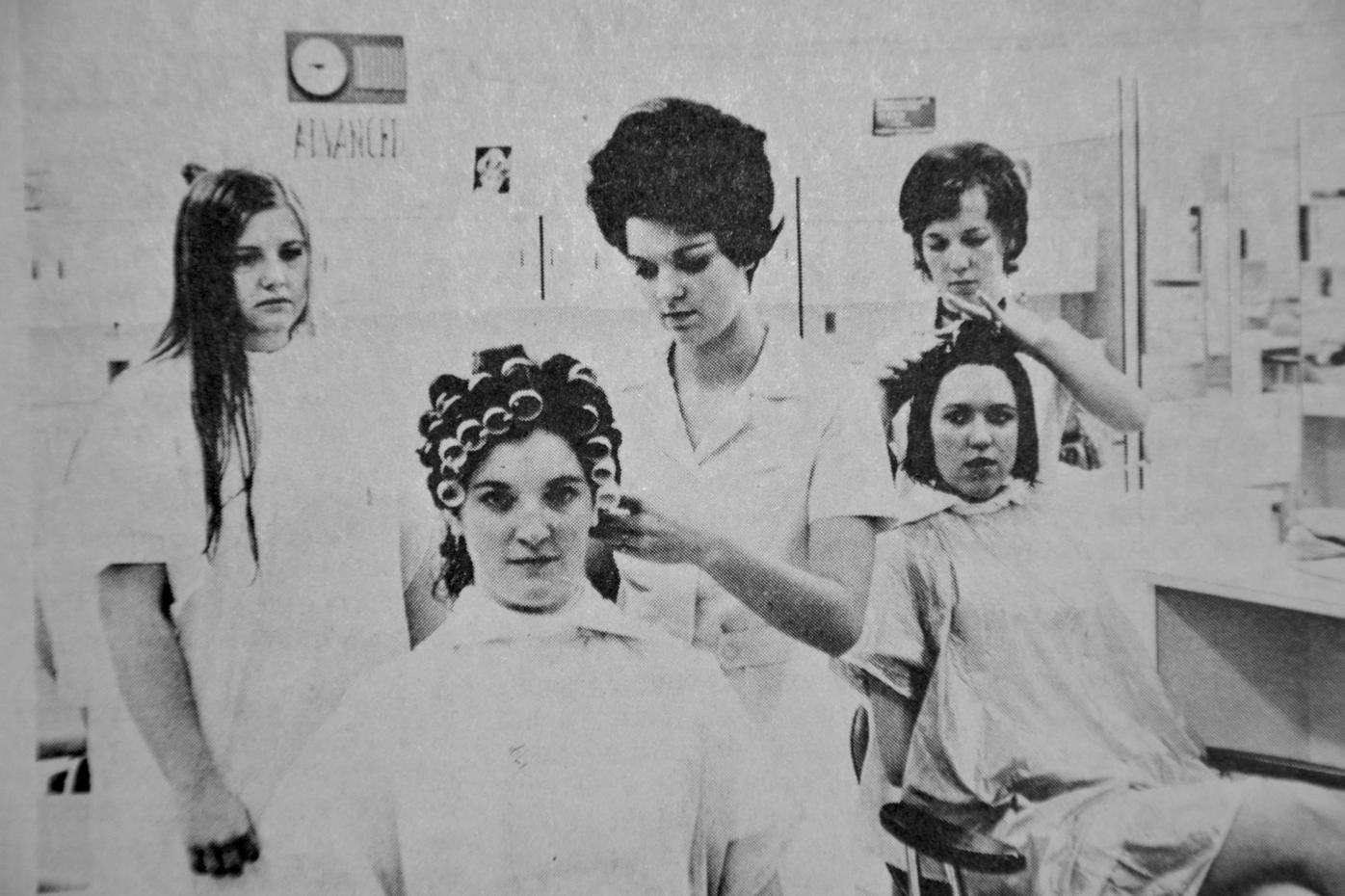 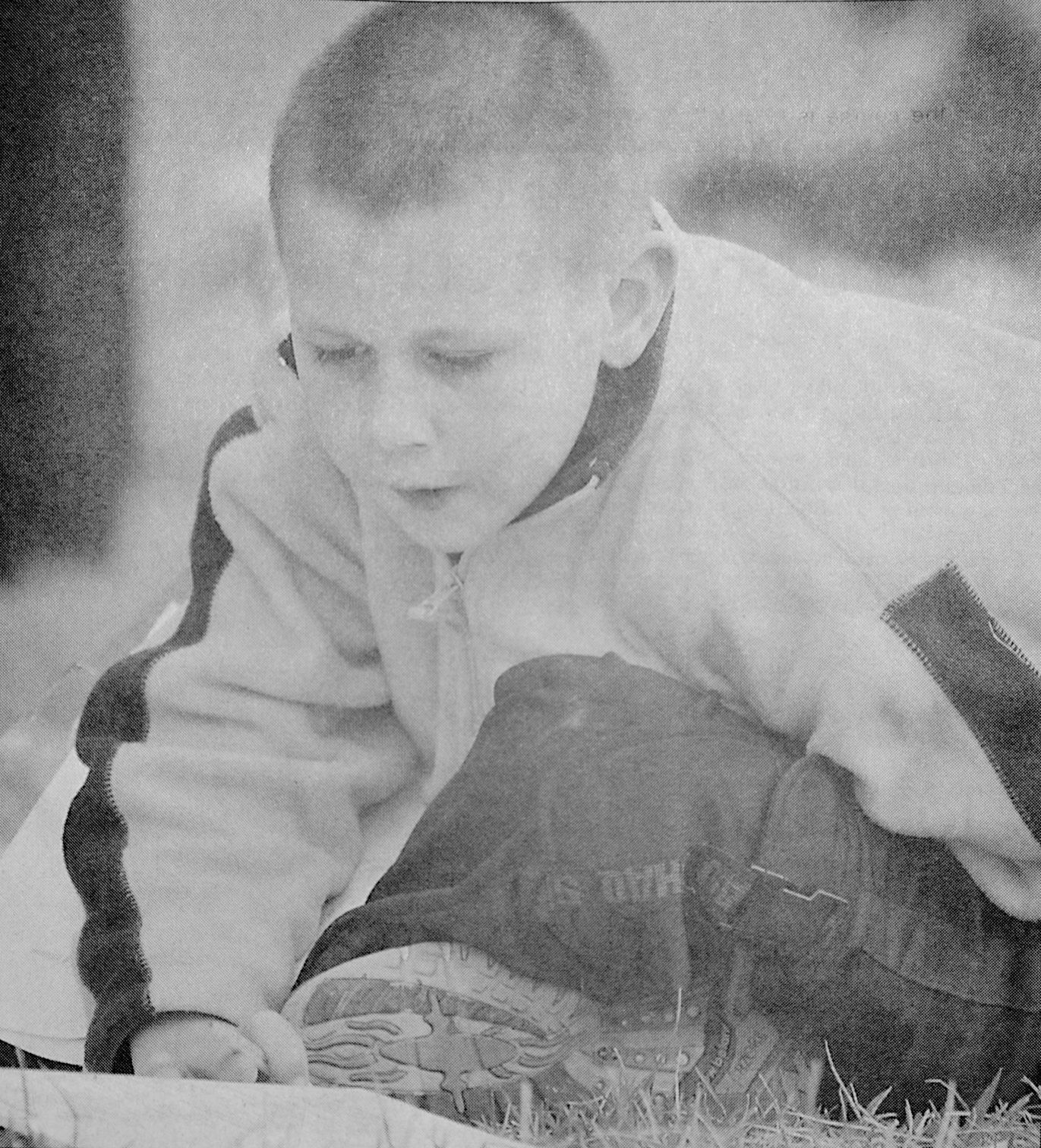 Hardin Park fourth-grader Cody McGuire, 9, focuses on his spelling assignment while a baseball game takes place nearby in May 2001. 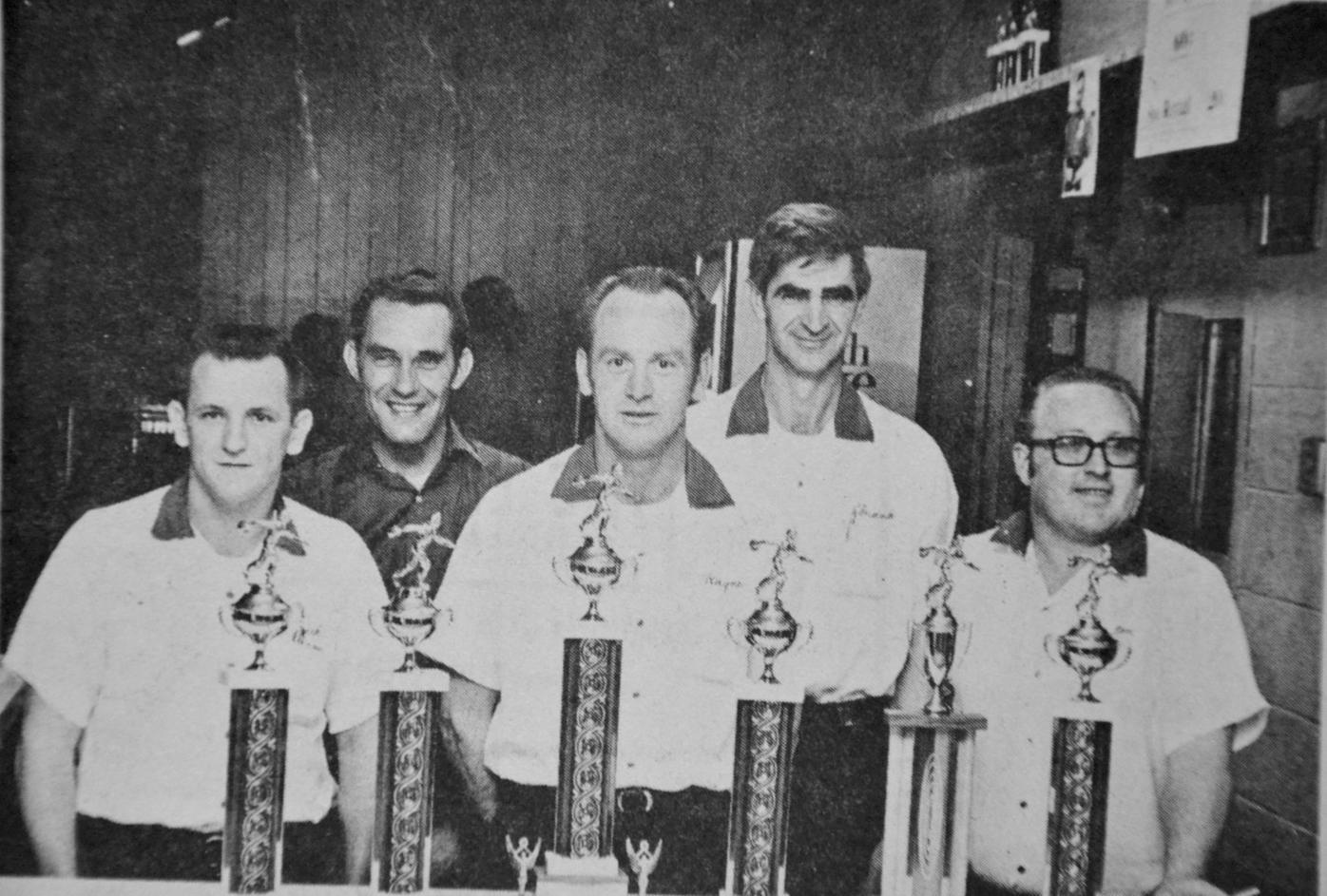 A May 1941 advertisement showcases “Dollar Days” at King Street Grocery.

Hardin Park fourth-grader Cody McGuire, 9, focuses on his spelling assignment while a baseball game takes place nearby in May 2001.

“That portion of the Blue Ridge Parkway from Adney Gap near Roanoke, Va., to Deep Gap — a distance of 140 miles — now is completed and open to traffic, Director Newton B. Drury of the National Park Service announced in Washington last week,” stated a May 22, 1941, article in the Watauga Democrat.

“Along the completed section of the parkway, areas of scenic interest have been reserved so that travelers may take foot trails into the more remote beauty spots. The park service will establish picnic areas, comfort stations and drinking water supplies near the parkway. Four such areas will be opened this year at Smart View and Rocky Knob in Virginia, and Cumberland Knob and The Bluffs in North Carolina.

“Construction on unfinished sections of the parkway continues in various stages. Work now is underway on a 54-mile unit between Rock Fish Gap, Va., and where the parkway crosses U.S. 60; a 34-mile section south of the James River in Virginia; the stretch between U.S. 421 and Thunder Hill Gap near Blowing Rock, 13 miles near Mount Mitchell in North Carolina; a section southwest of Asheville; and a six-mile section near Soco Gap,” according to the article.

“It is planned that these sections be completed between August 1941 and November 1942. As grading is finished, the units will be opened to traffic on a “drive at your own risk” basis,” the article stated.

A headline for a May 20, 1971, article in the Watauga Democrat read, “Citizens approve ban on carnivals.” The Watauga County Board of Commissioners convened a public hearing concerning a proposed ordinance to block the operation of carnivals in the county.

“Seventeen people were there, and when it was over, the commissioners counted hands and found no one voting in opposition to the ordinance. Those who spoke against the carnivals stressed the gambling. They were there to support a law stating that ‘Any person, firm or corporation found guilty of violating this ordinance shall be guilty of a misdemeanor and shall be fined not more than $50 or imprisoned not more than 30 days, as provided by G.S. 14-4,’” according to the article.

The prohibition did not “extend to amusement riding devices operated separately and not in connection with a carnival,” he article stated. The commissioners were to give a second reading of the ordinance at a meeting the following June before taking final action on the matter.

Speaking in favor of the ordinance, Ralph Greene said a carnival was a good way for organizations to raise money, as organizations could receive partial proceeds for sponsoring carnivals. But the article quoted Greene as saying, “But it’s a good way to break down the morals of the county. And I’m against it.” Virginia Burgess spoke about parking concerns, as carnival-goers would park at her residence without permission; she also was concerned about noise until 2 a.m.

A vote of the crowd was taken, and 15 were counted in favor of the ordinance, the article stated.

“As more than 1,200 students prepared for weekend commencement ceremonies at Appalachian State University, officials announced the largest ‘graduation’ gift in the university’s 101-year-history,” stated a May 14, 2001, article in the Watauga Democrat.

“Mariam Cannon Hayes of Concord, a longtime supporter of higher education and the arts at Appalachian, has made a $10 million endowment gift to the university’s School of Music, Chancellor Francis T. Borkowski told faculty, staff and students gathered at the Broyhill Music Center Friday. Borkowski also announced that the Appalachian Board of Trustees, recognizing her nearly 40 years of commitment to students and involvement in music and the arts at Appalachian, has named the school the Mariam Cannon Hayes School of Music.

“Hayes and her family have been associated with Appalachian and its music programs for nearly four decades. She and her late father, Charles A. Cannon, were instrumental in founding Cannon Music Camp at Appalachian in 1969. The camp brings hundreds of high school musicians from across the state and the Southeast to campus for four weeks of instruction and performance each summer,” the article stated.

“Hayes is an active member of the School of Music’s advisory board. She is a former member of the Appalachian’s Board of Trustees, having served on the board from 1981-89. She was a member of the university’s board of visitors in the 1960s and 1970s.