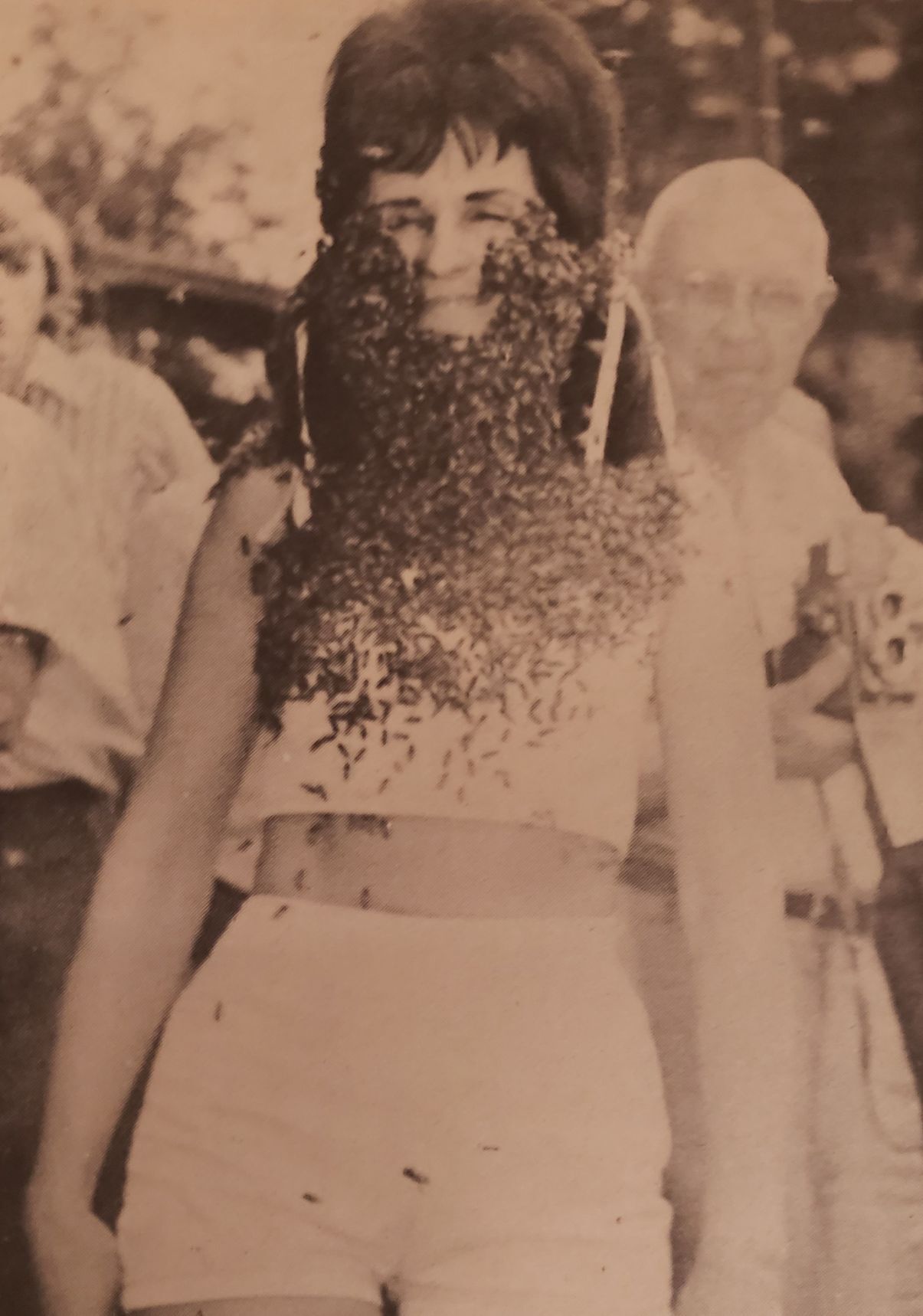 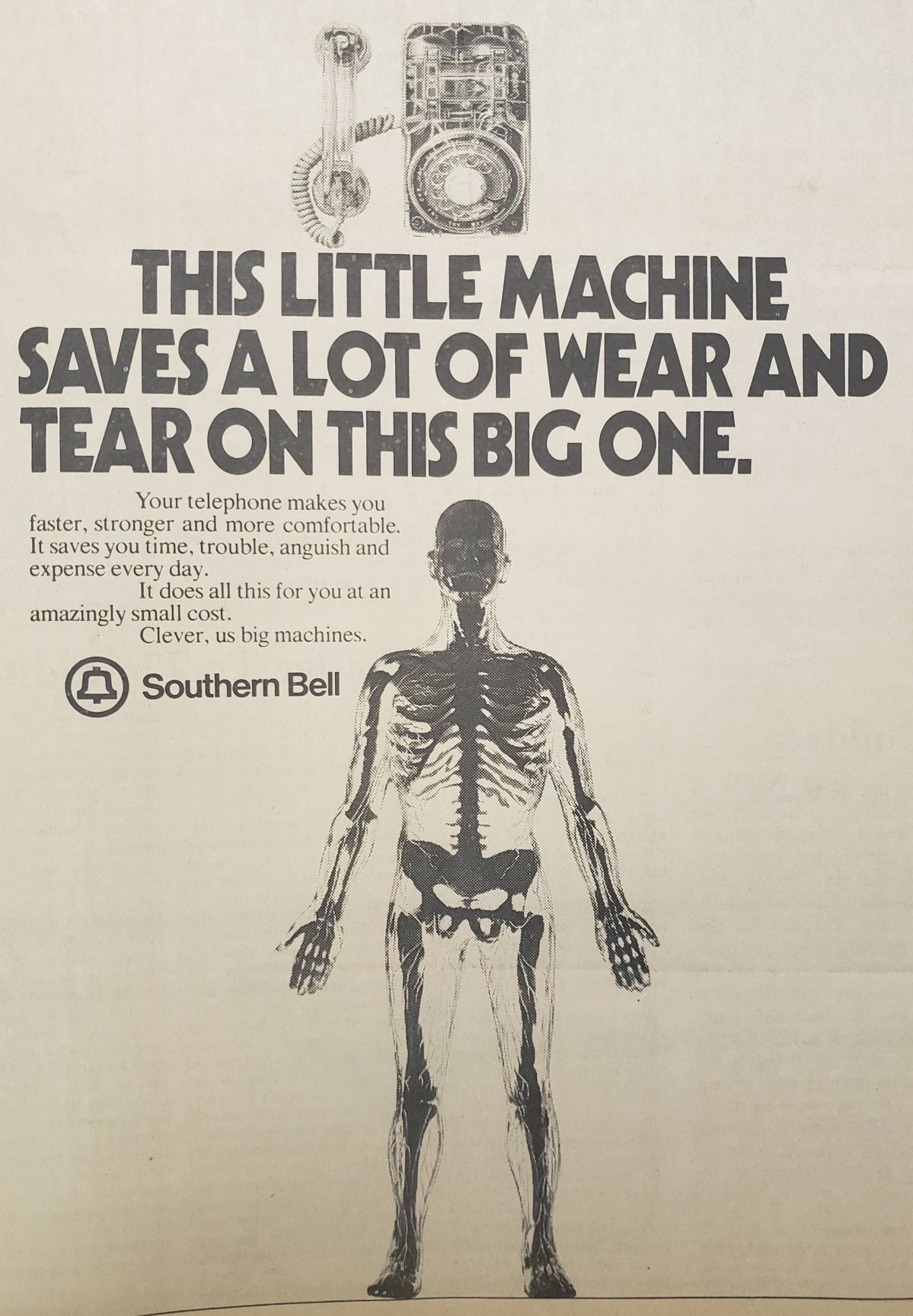 A southern Bell ad that appeared in a 1971 issue of the Watauga Democrat. 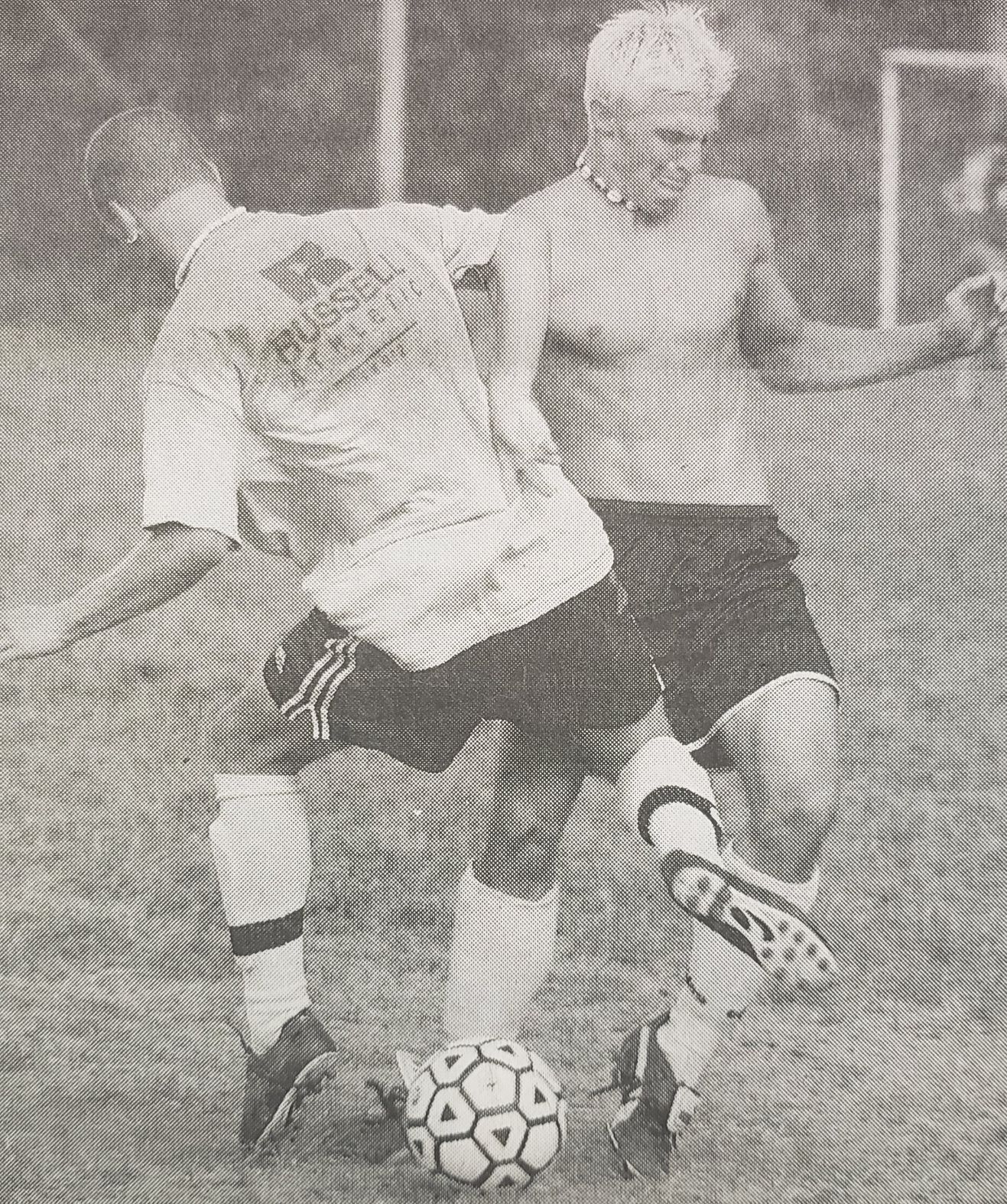 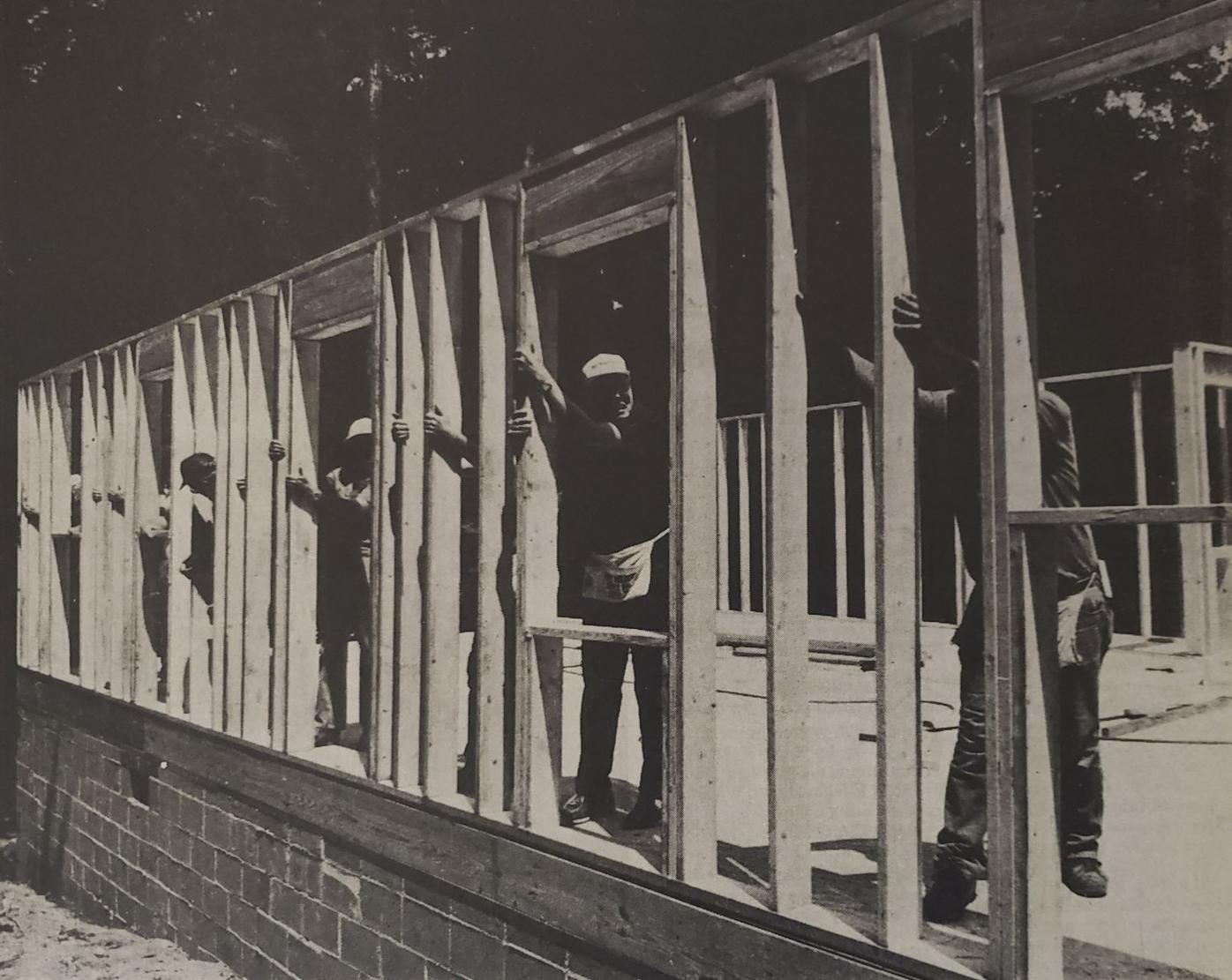 Volunteers with the Blue Ridge Habitat for Humanity raise the walls for a house in 1991. 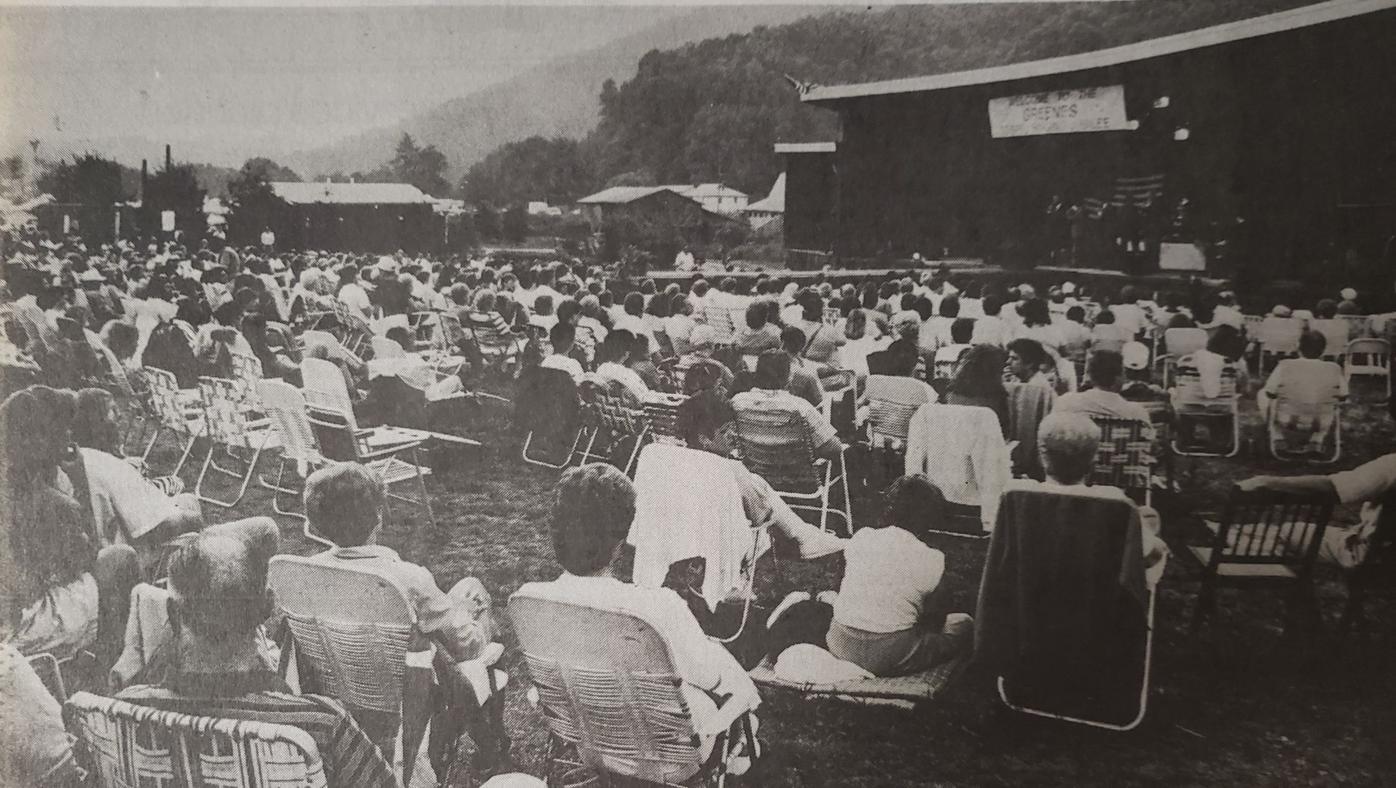 A crowd gathers for the ninth annual Gospel Singin Jubilee at the High Country Fairgrounds in August 1991.

A southern Bell ad that appeared in a 1971 issue of the Watauga Democrat.

Volunteers with the Blue Ridge Habitat for Humanity raise the walls for a house in 1991.

A crowd gathers for the ninth annual Gospel Singin Jubilee at the High Country Fairgrounds in August 1991.

“One of the highlights of the Beekeepers Association meeting in Banner Elk was the father-daughter ‘bee beard’ act of Raymond Presnell and Virginia Presnell Harmon,” stated an article in the Aug. 19, 1971, edition of the Watauga Democrat.

According to the article, the Presnells would attach the queen bee to their neck before sprinkling on the other bees. The pair showed off their beards at the Beekeepers Association meeting held at Lees-McRae College.

“Over 500 gathered for the three-day affair, representing over 500 million bees,” the article stated.

“Two Watauga County residents have been bitten by a kitten, which has tested positive for rabies,” read an article in the Aug. 9, 1991, edition of the Watauga Democrat.

“The two people, who live in the Blowing Rock area, are undergoing treatment for the disease, which has not been reported here for eight years,” the article stated.

According to the article, the kitten was subsequently killed and sent to the N.C. Division of Epidemiology in Raleigh, where it tested positive for rabies. The article stated that the kitten’s mother and littermates were also going to be tested for the disease.

“The kittens were apparently bitten by a raccoon carrying the virus which can be fatal to dogs, cats and humans if not treated,” the article read.

“An estimated 4,000 gallons of wastewater overflowed from a manhole stoppage on Blackpine Road in Beech Mountain on Saturday. The untreated wastewater spilled into Buckeye Creek in the Watauga River Basin, according to town officials,” read an article in the Aug. 10, 2001, issue of the Watauga Democrat.

According to the article, the spill was discovered and reported at 11:15 p.m. and took “several hours to restore the flow.” The cause of the backflow was caused by trapped debris, stopping up rainwater from a heavy storm.

The article noted that the spill was the third of the year in Beech Mountain.

“On March 30, Beech Mountain experienced a 62,000-gallon spill at the town’s Grassy Gap treatment plant. The spill was caused by rain and melting snow. Fortunately, most of the spillage consisted of precipitation, so there was little, if any, damage done, according to two officials,” the article stated.