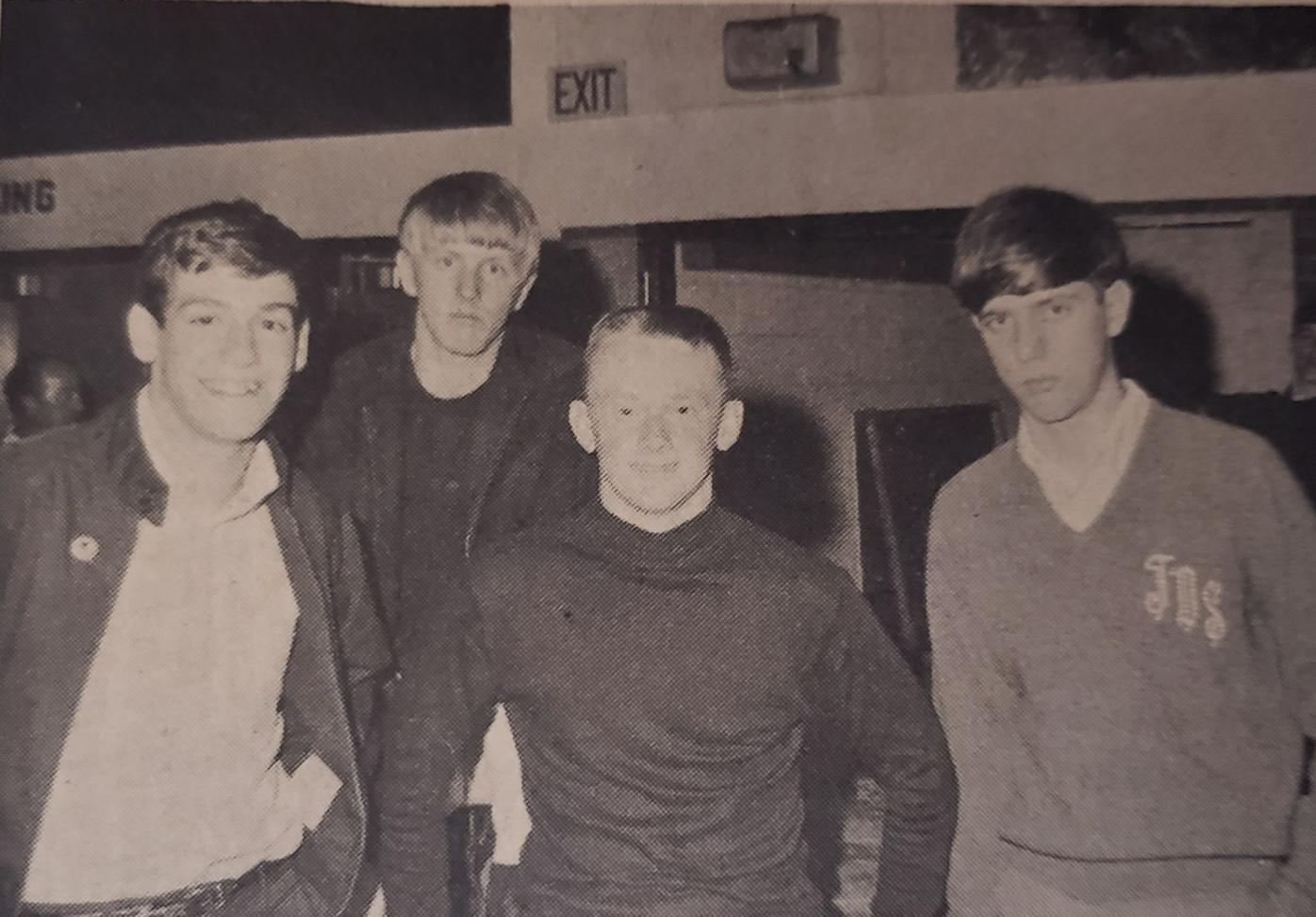 The Transistor Tangerine came in second-place in a 1968 Battle of the Bands. From left are Gray Wilson, Jimmy Higgins, Barney Hodgson and Johnny Simmons.

An ad from the May 2, 1968 issue of the Watauga Democrat for a pro wrestling show at Watauga High School. 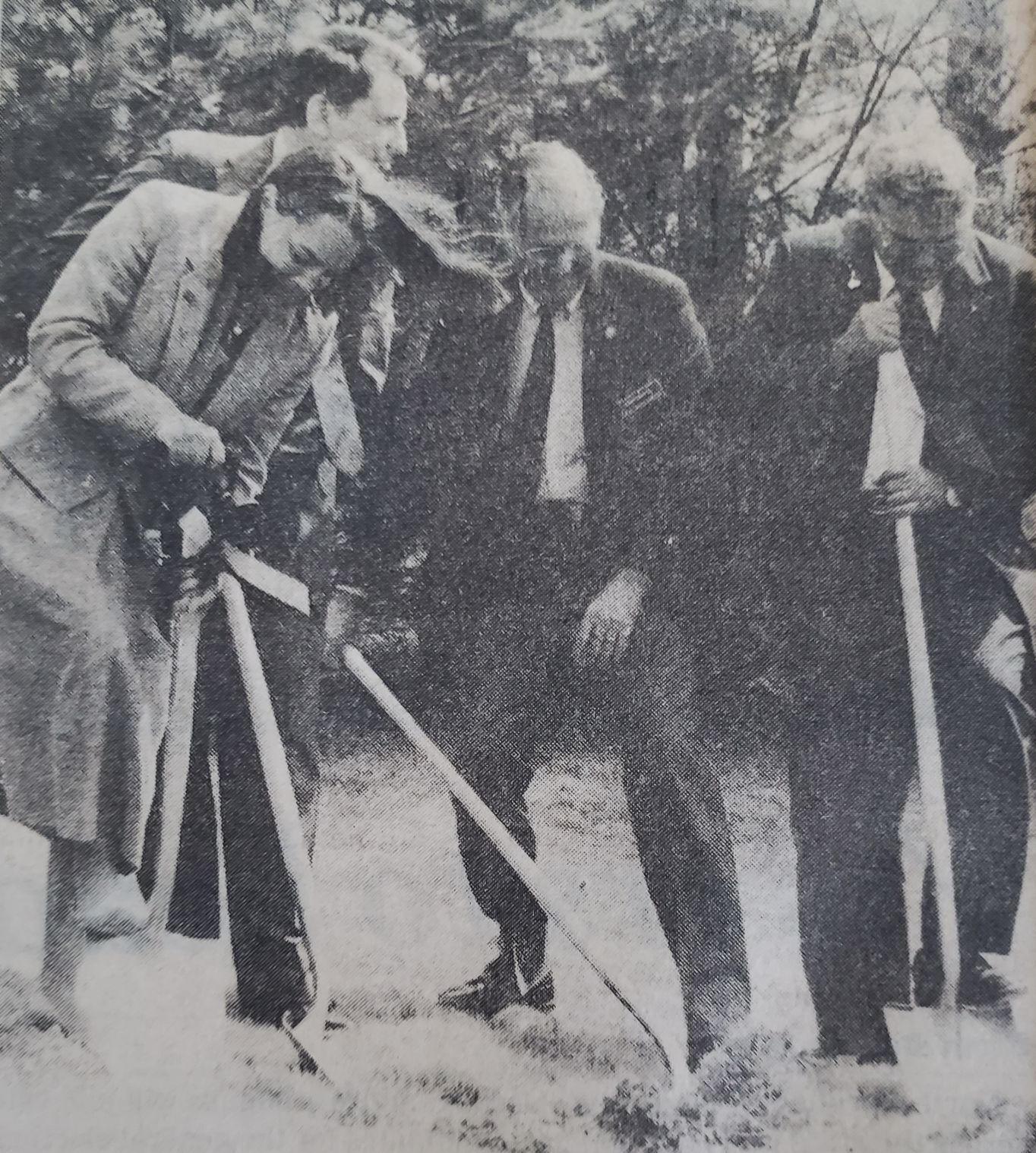 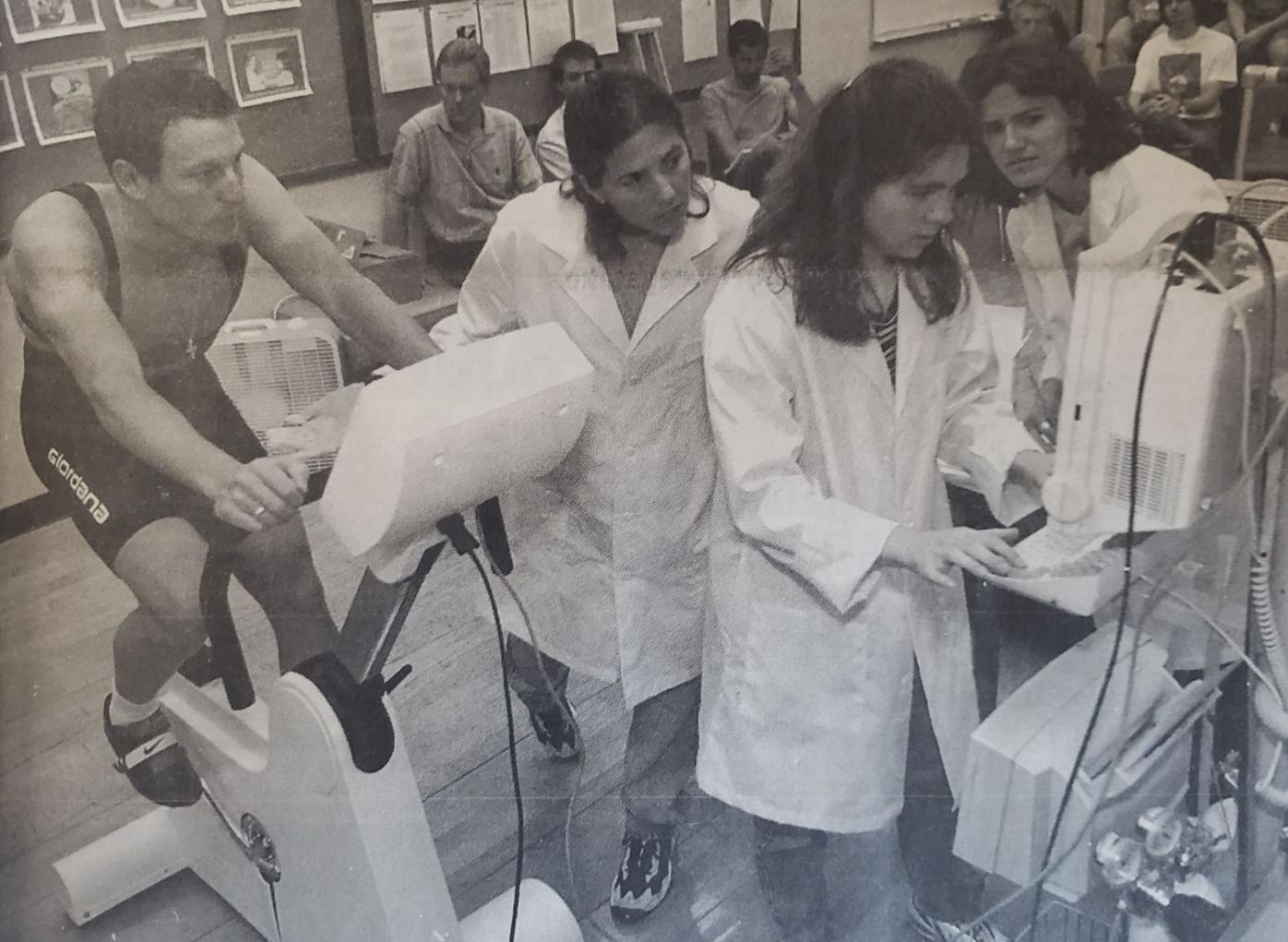 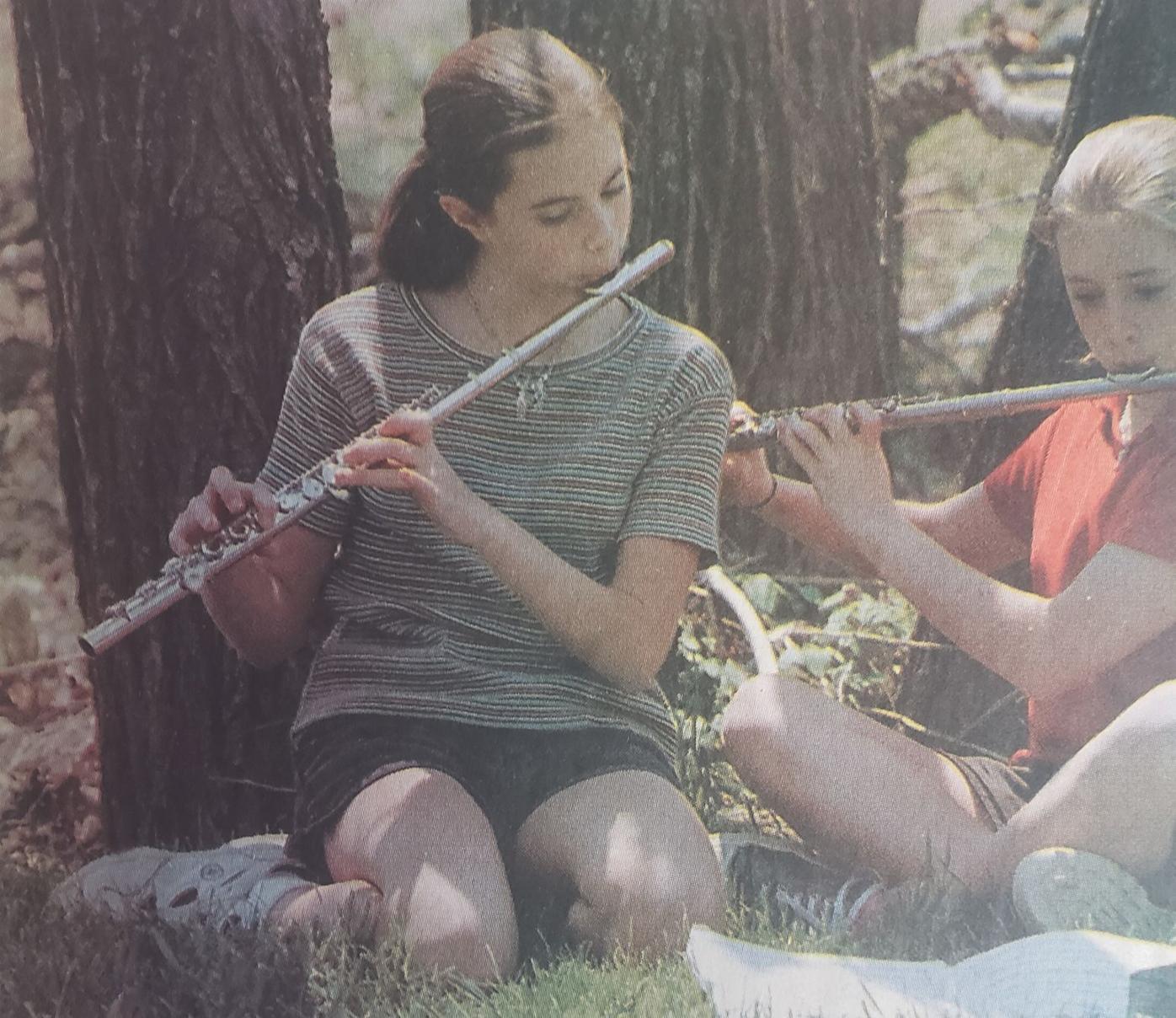 Then-sixth-grade students at Parkway Elementary School Kelly Scott and Sara Cole practiced with their instruments in a shaded spot at Valle Crusis Community Park, according to the May 4, 1998, edition of the Watauga Democrat.

The Transistor Tangerine came in second-place in a 1968 Battle of the Bands. From left are Gray Wilson, Jimmy Higgins, Barney Hodgson and Johnny Simmons.

An ad from the May 2, 1968 issue of the Watauga Democrat for a pro wrestling show at Watauga High School.

Then-sixth-grade students at Parkway Elementary School Kelly Scott and Sara Cole practiced with their instruments in a shaded spot at Valle Crusis Community Park, according to the May 4, 1998, edition of the Watauga Democrat.

“With cymbals aflame, smoke bombs spewing green smoke and lights flashing, the Young Ages, a rocking, stomping group from Charlotte walked off with the first-place prize money of $100 in the first Jaycee Battle of the Bands held at Watauga High School April 27,” stated an article in the May 9, 1968, issue of the Watauga Democrat.

“While the Young Ages sent the teens in attendance wild with enthusiasm with their antics, many parents long past the rock appreciation age, stood sadly and shook their heads,” the article stated.

According to the article, local groups Transistor Tangerine and The Undecideds took home second and third-place, respectively.

“It was one of those evenings where it can be said that, ‘a good time was had by all,’ and judging from the flushed faces and carefree smiles of the audience, this won’t be the last time the Jaycees have a battle like this,” the article stated.

An unnamed mother was quoted by the article asking, “Is this what I wrote all those checks for piano lessons for?”

“A ceremony to commemorate the beginning of construction of the $10 million John A. Walker College of Business at Appalachian State University drew a crowd of university officials, politicians and community leaders Saturday,” stated an article in the May 2, 1988, edition of the Watauga Democrat.

“Once it’s open, this is going to be a monumental institution in as much as the brick and mortar is going to be one that you’ve never seen anything like it around, but more important, we are working on programming,” ASU Board of Trustees Chairman Richard Davis was quoted as saying. “There will not be anything to compete with it anywhere close. The programming that we hope to have will be just as excellent as the facility.”

According to the article, the building was expected to be ready for occupancy in the fall of 1990. The 130,000-square-foot, four-story building would house classrooms, offices and research areas.

“Boone Mayor Larry Keeter said he was delighted to bring greetings on behalf of the town government and was honored to participate in the ground breaking ceremony,” the article stated.

“Lance Armstrong has faced three of life’s basic conflicts and won,” stated an article in the May 4, 1998, edition of the Watauga Democrat. “Man vs. man. Man vs. nature. Man vs. machine. None of them were a problem. Now, he’s facing the hardest test of all, man vs. himself.”

The article stated the champion cyclist was diagnosed with testicular cancer in 1996, which had spread to the lungs and brain. Armstrong underwent a brain operation and months of chemotherapy and was training for his comeback at the time of the article.

“The first step was getting back into the shape he was once in. What better way to do that than to return to one of the scenes of his victories — Watauga County,” the article stated.

According to the article, Armstrong spent just over one week in Watauga, riding around 130 miles a day in what he called, “the best area to train” in the United States.

While in Boone, Armstrong spent time at Appalachian State’s Human Performance Lab to get more information about how he was doing physically.

“He rode a stationary bike while student lab technicians increased the resistance he was pedaling against. His output was measured in watts, with the bike’s maximum set at 475,” the article stated.

The article said Armstrong’s first test went “well” but he was still not feeling at his best. His second test was another story.

“After 25 minutes of riding, Armstrong had the stationary bike hitting its limits while he was not close to his,” the article stated.

“There’s a period there where you can go through (cancer) and you live though that and you just feel that. Then, after a while, you just say, ‘O.K., I was sick. I’m feeling better and I have to just put that part of my life behind me,’” Armstrong was quoted as saying in the article.

Armstrong went on to win seven-straight Tour de France titles from 1999-2005, before being stripped of them in 2012 due to the use of performance-enhancing drugs.