Bill Pagliese, Carl Pagliese and a guest survey water damage in the Smoketree Lodge in February 1983 after heavy rains flooded the building with 3-and-a-half feet of water. 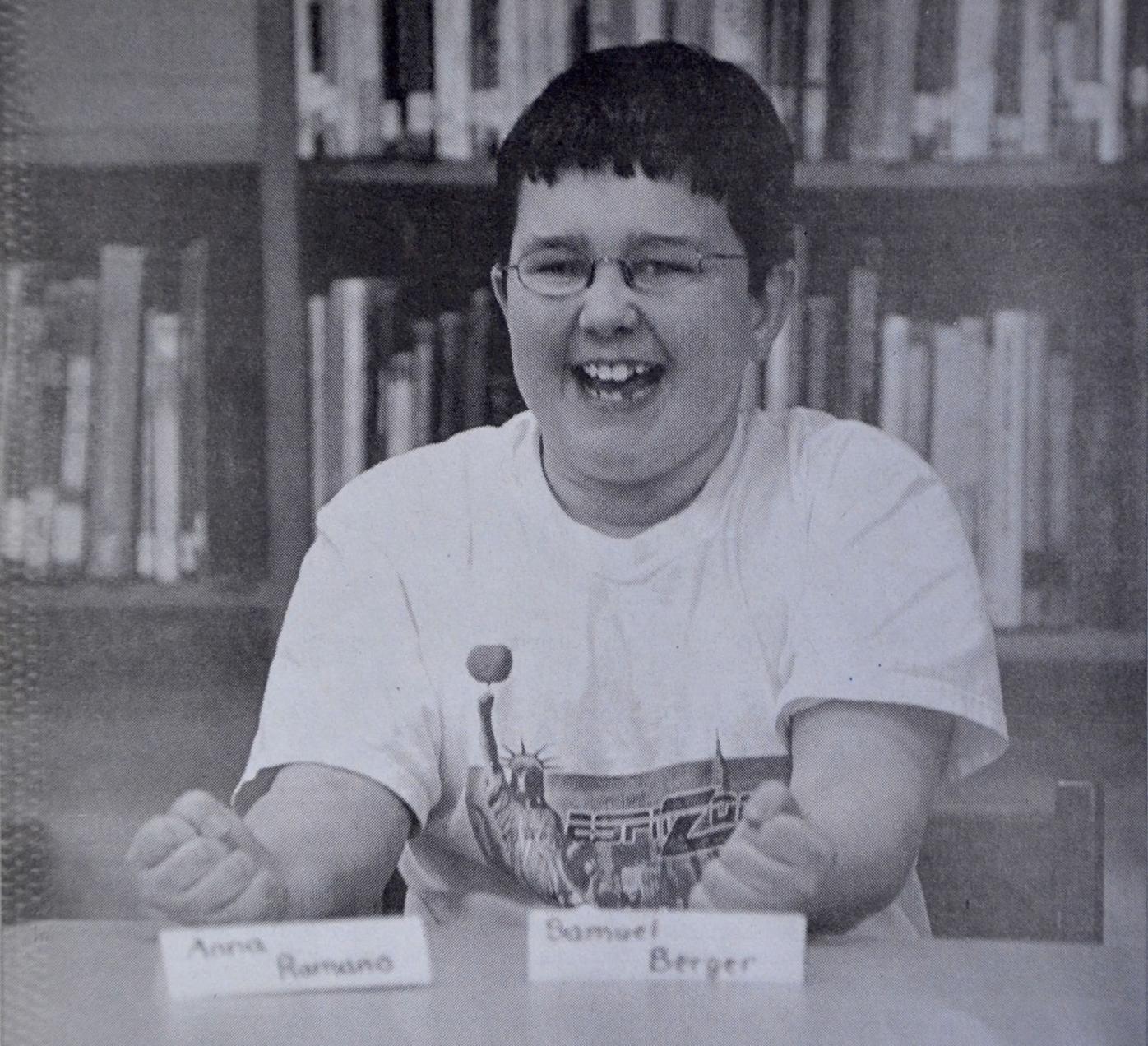 Samuel Berger, a fourth-grader at Hardin Park Elementary School in February 2003, wins the school’s spelling bee with words like “recommended” and “beret.” 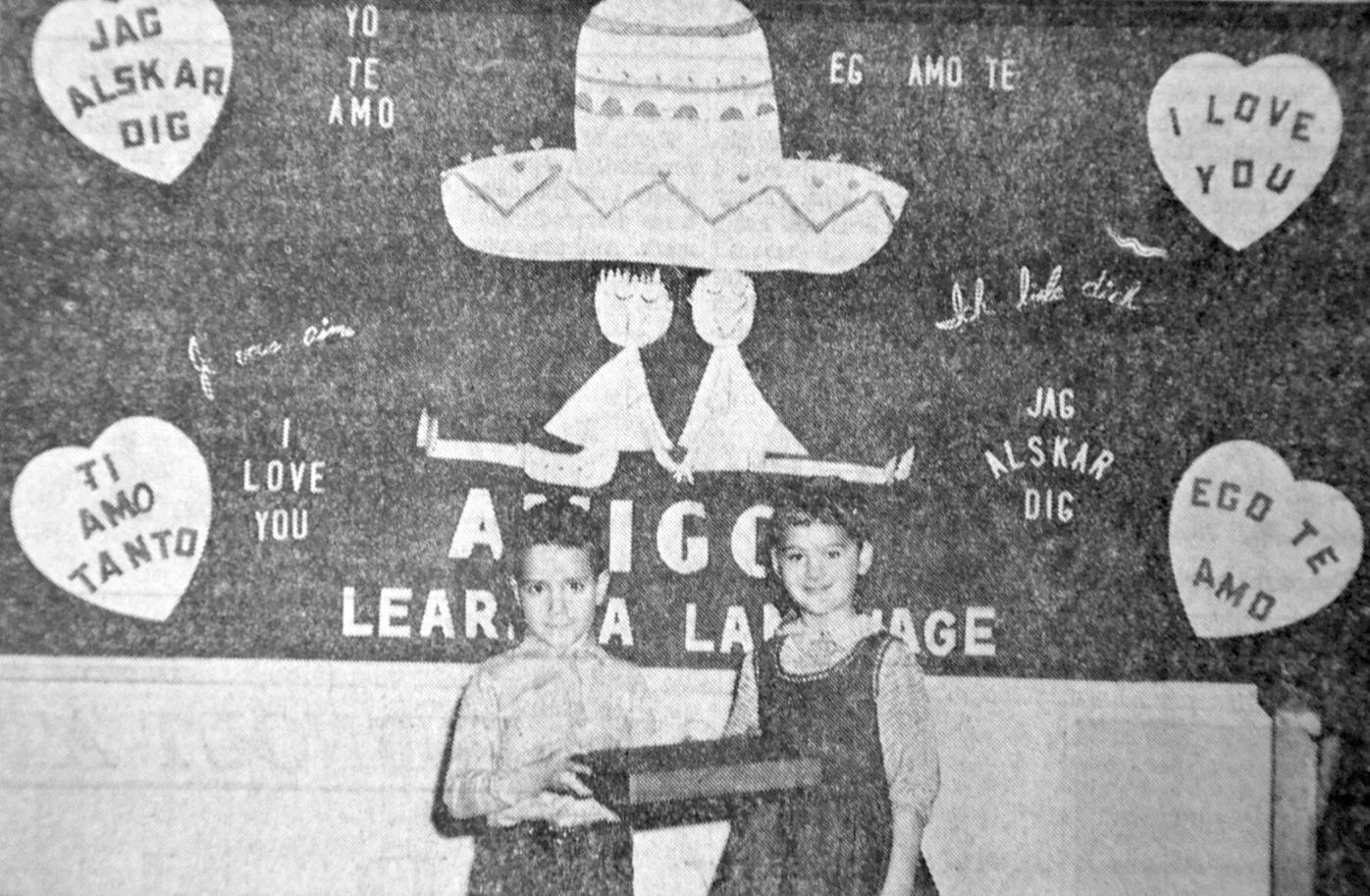 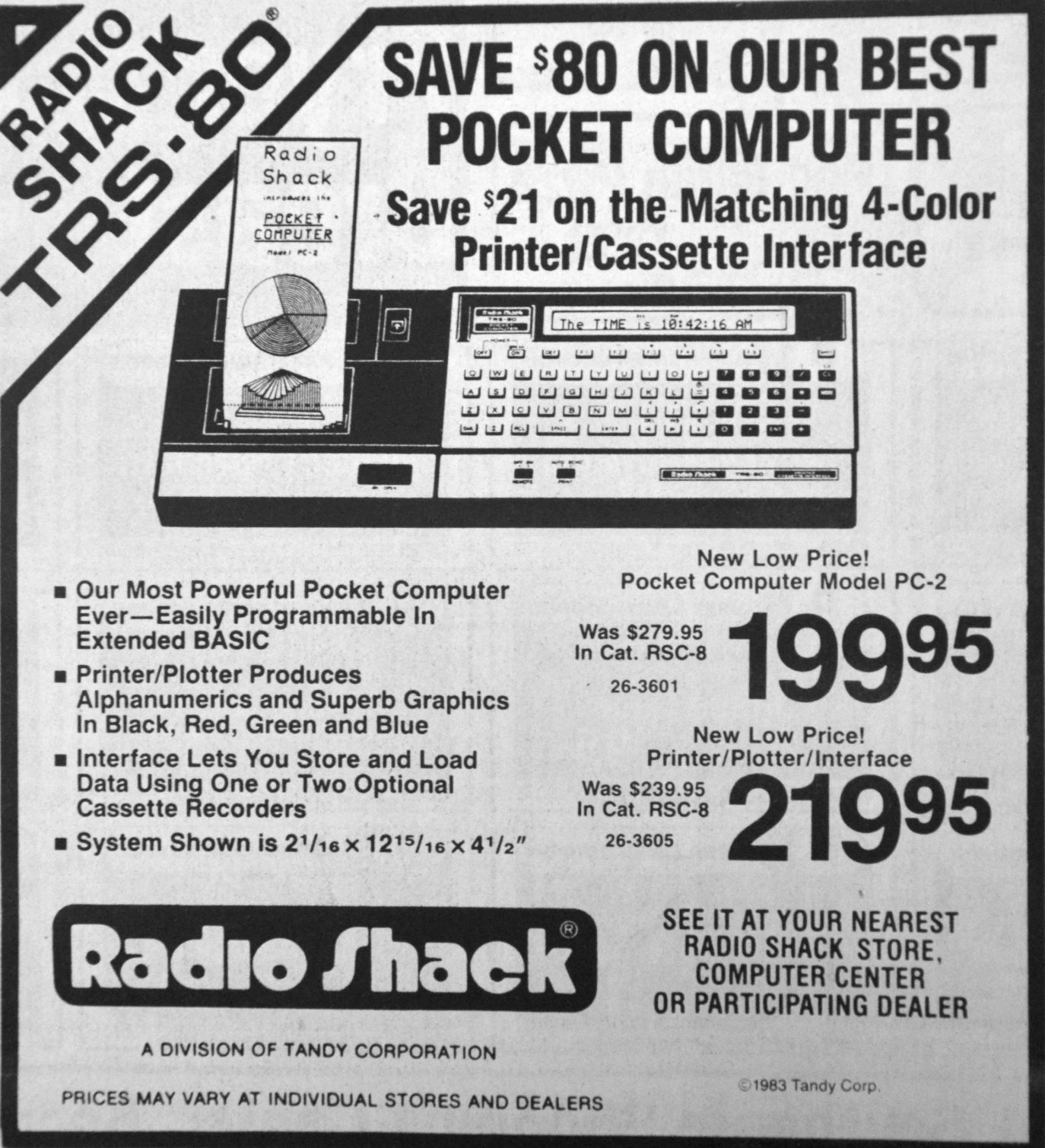 A 1983 advertisement showcases a pocket computer for sale at Radio Shack. 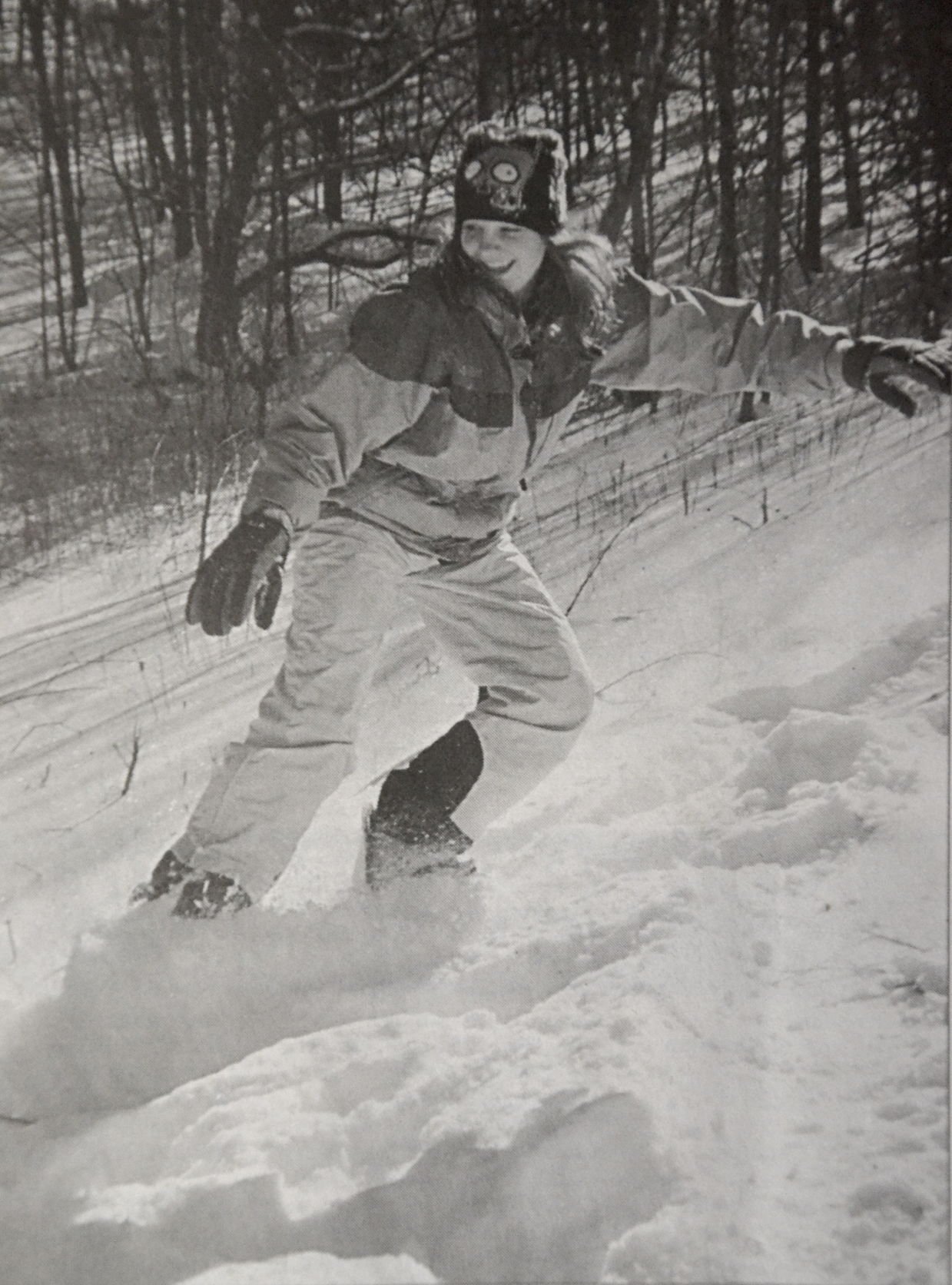 Katie Robbins snowboards at her home in Foscoe in February 2003.

Bill Pagliese, Carl Pagliese and a guest survey water damage in the Smoketree Lodge in February 1983 after heavy rains flooded the building with 3-and-a-half feet of water.

Samuel Berger, a fourth-grader at Hardin Park Elementary School in February 2003, wins the school’s spelling bee with words like “recommended” and “beret.”

A 1983 advertisement showcases a pocket computer for sale at Radio Shack.

Katie Robbins snowboards at her home in Foscoe in February 2003.

“More than 1,400 people registered for employment last Wednesday at the Watauga County Courthouse. Northwestern Bank recorded an additional 150 applications Thursday, and H.W. Wilcox, president of the Chamber of Commerce, reported that applications ‘are still coming in by mail and otherwise,’” stated a Feb. 7, 1963, article in the Watauga Democrat titled “1,400 seek jobs during local survey of labor.”

“(Glen) Andrews (president of Watauga Industries) added that Watauga Industries is ready to build a plant whenever the decision is made to come to Boone, and plans have been approved. Wilcox termed the day ‘Watauga County’s most successful labor survey in history,’’ according to the article.

“... Appalachian State University’s newest building is nearing completion,” stated an article in the Feb. 7, 1983, edition of the Watauga Democrat. “University Hall, the name the building will be known by, should be completed around the first of March, according to ASU Vice Chancellor for Business Affairs Ned Trivette.”

The 34,000-square-foot building was to house the College of Continuing Education, Appalachian Consortium Inc. and a new regional cultural center. According to App State, the building — located at 400 University Hall Drive — currently houses offices for Distance Education, Conference and Camp Services and Summer Sessions.

“The estimated cost of University Hall, which Trivette says will be occupied by May, is estimated at $400,000. The University of North Carolina Board of Governors authorized $315,000 for this purpose, with the rest of the funds coming from the original grant to Region D,” the article stated.

University Hall was originally funded by an Economic Development Administration grant as an office for Region D Council of Governments, but it’s use by the council was contested, according to the article. Region D gave App State the title to the offie building in October 1981, and plans were redrawn for the building to complete the project.

“Authorities in North Carolina prepared for the worst as they tracked the steady eastward immigration of methamphetamine labs in the 1990s,” stated an article in the Feb. 10, 2003, edition of the Watauga Democrat.

“In 1999 — the year the State Bureau of Investigation began keeping statistics — agents were called to seven lab sites in North Carolina. Authorities expect to respond to more than 200 this year, with two-thirds likely in the western half of the state. More than a quarter of the metb labs found in the state last year were found in McDowell, Rutherford and Watauga counties. Five of the 19 raided so far this year were in Watauga County.

“Authorities are training firefighters and local emergency response personnel, who could run into a mix of chemicals and unexpected explosions if they stumble across a burning building with a meth lab inside,” the article stated.

A separate article in the same edition of the Watauga Democrat stated that Watauga had had at least five suspected meth labs in the last couple of months as of publication, two of which involved fires. One of the fires sent six people to the hospital, including five firefighters, as of result of respiratory ailments and chest pains due to toxic fumes.

“A meth lab arrest last week involved three children living in the home where the drug was allegedly manufactured. The Watauga Department of Social Services is investigating the case, and criminal charges could possibly be added for child endangerment or related offenses in the case,” stated the second article.

“Now authorities said investigators find labs found in cars, campers and kitchens. Authorities who come across meth labs must treat the area as a hazardous-waste site due to fumes and leftover chemicals, said Dave Gaddis, an assistant Drug Enforcement Agency special agent in North Carolina. The DEA pays for chemical cleanup and disposal at sites that the SBI rules were used for meth production. Cleanup costs usually run between $5,000 and $10,000,” according to the first article.