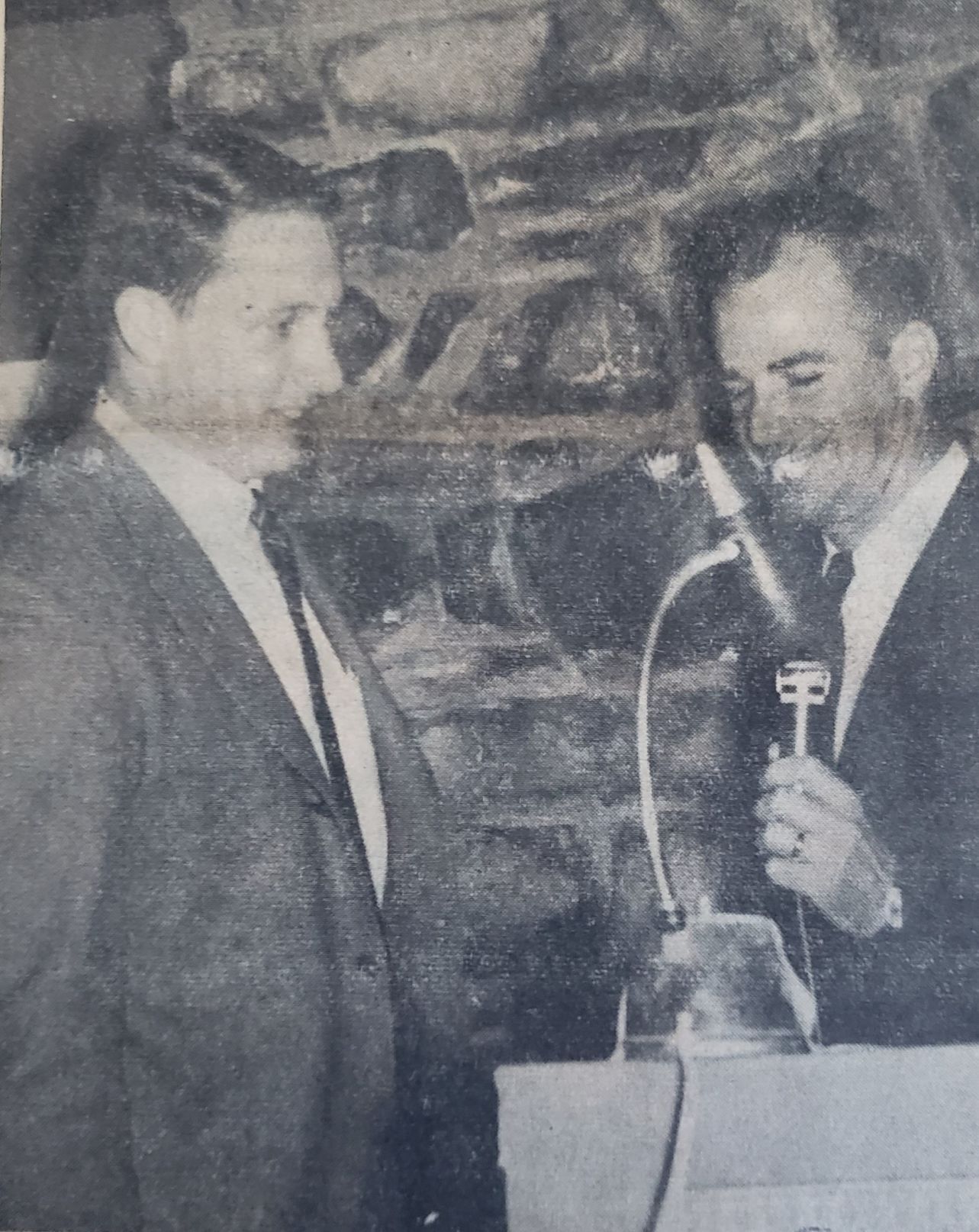 Robert Matheson (left) accepts a gift of golf clubs from the Appalachian Mountaineer Club, which was presented to him by Charlie Taylor in 1967. 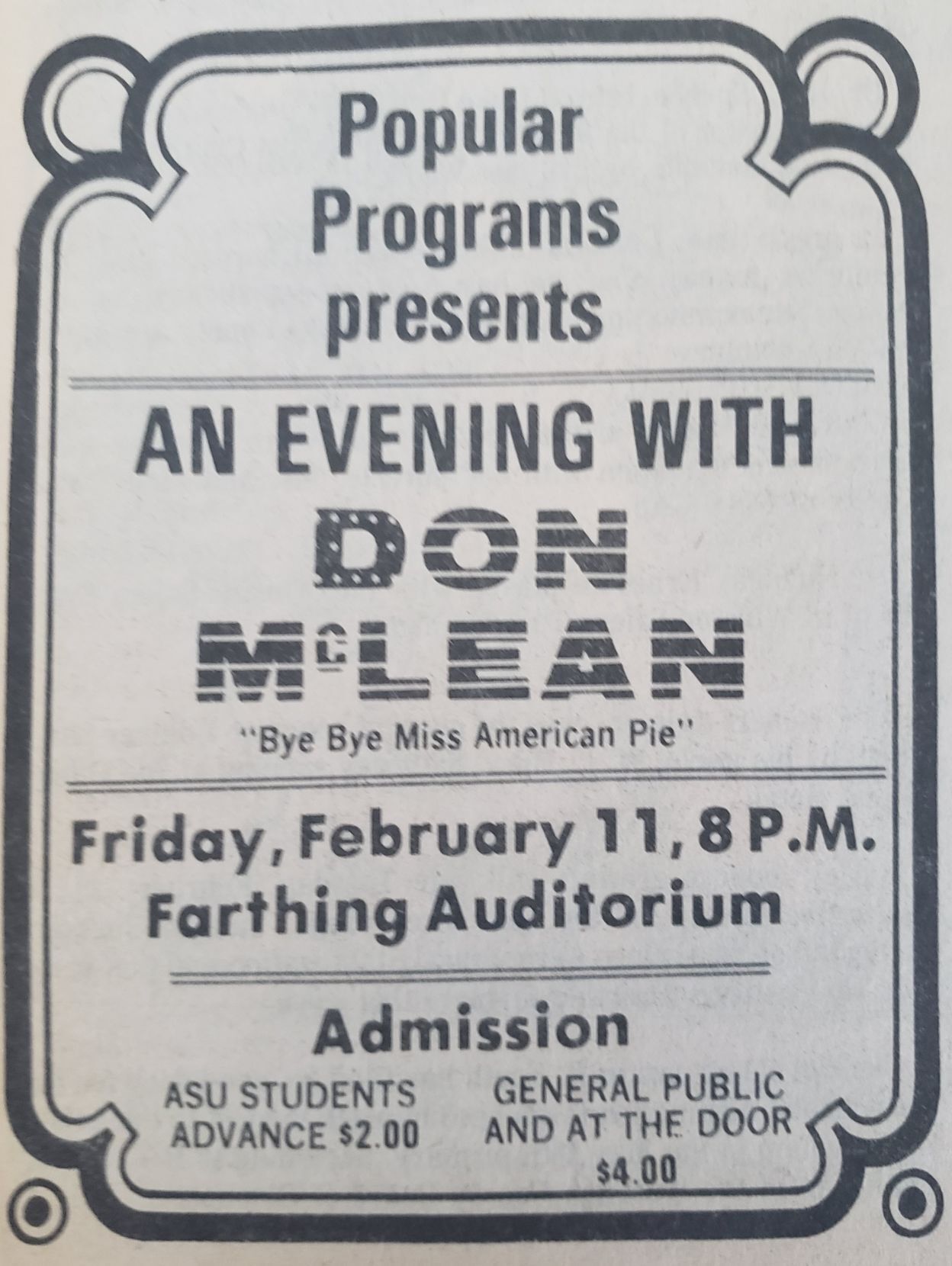 An ad for a Don McLean concert at the Farthing Auditorium, appears in the Watauga Democrat in 1977. 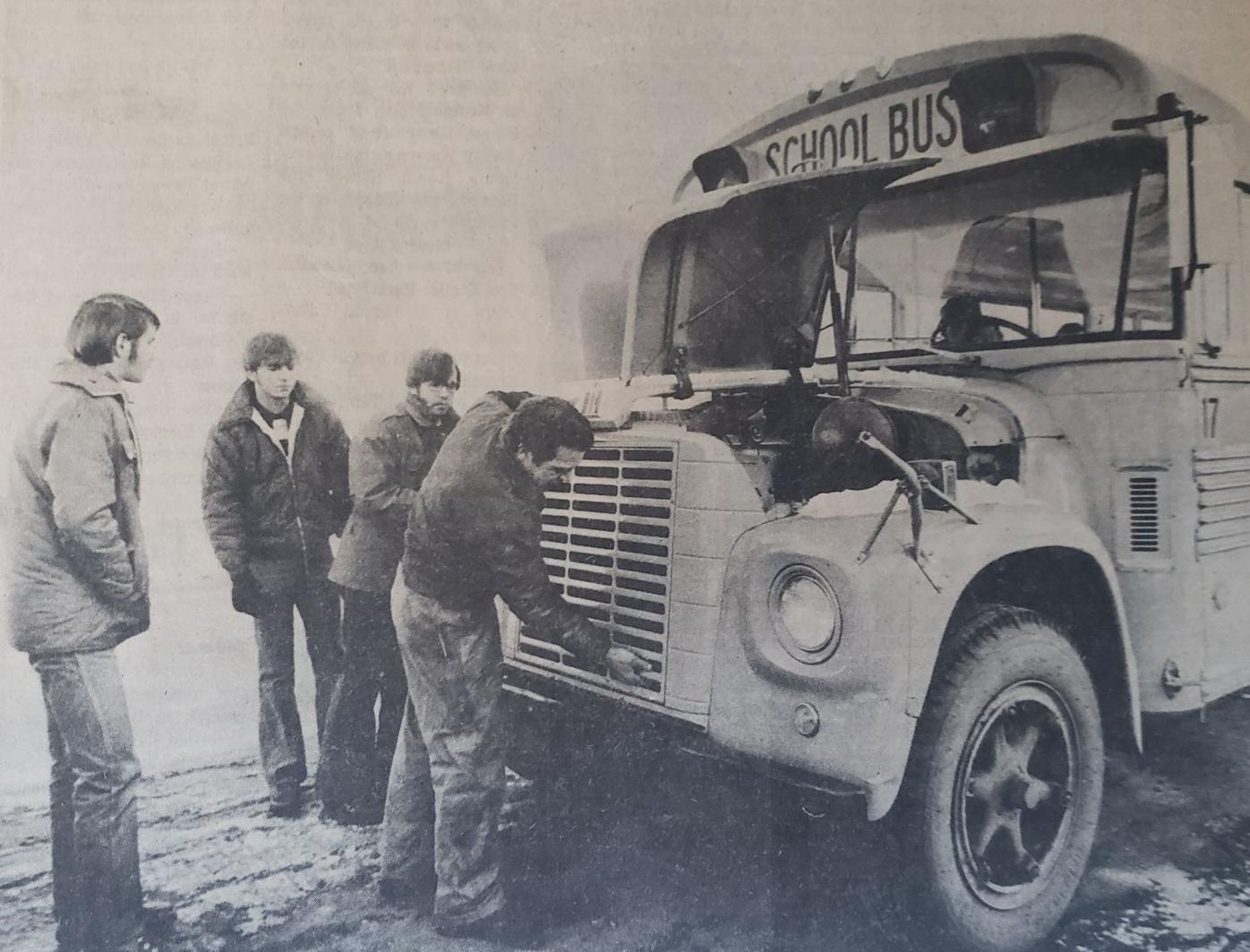 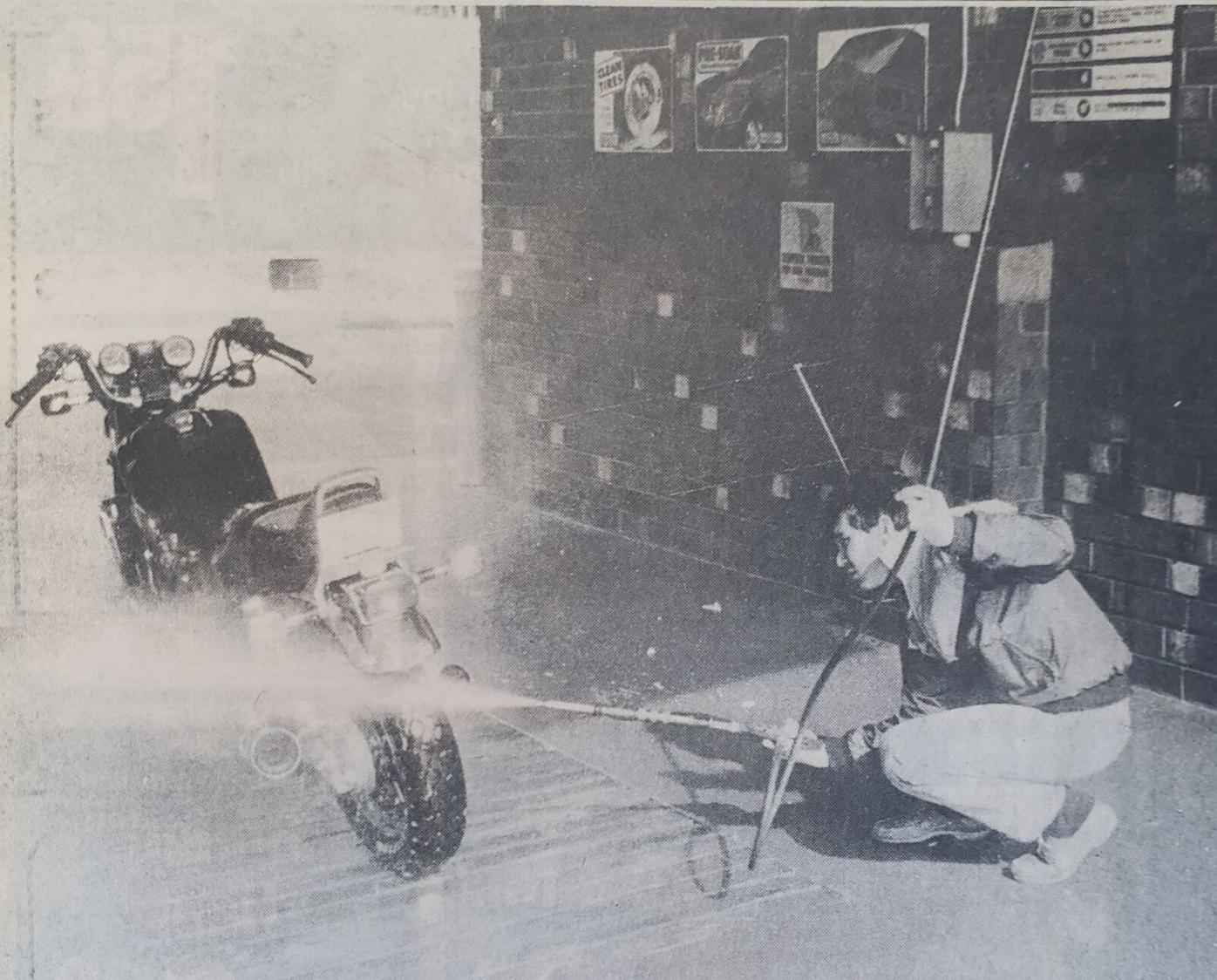 Thomas Putnam washes off his motorcycle at the Ride With Pride car wash on King Street, getting rid of salt and snow, which appeared in a Feb. 9, 1987, issue of the Watauga Democrat.

An ad for a Don McLean concert at the Farthing Auditorium, appears in the Watauga Democrat in 1977.

Thomas Putnam washes off his motorcycle at the Ride With Pride car wash on King Street, getting rid of salt and snow, which appeared in a Feb. 9, 1987, issue of the Watauga Democrat.

“An overflow crowd turned out Thursday night to greet All-American football star Robert Matheson,” stated an article in the Feb. 16, 1967, edition of the Watauga Democrat.

The article stated that Bill Ross, a teacher at Appalachian High School while Matheson was a student, served as the toastmaster and told stories of Matheson’s high school career.

Matheson’s coach at AHC, Jack Groce, also told stories and “showed film of games in which (Matheson) led the Blue Devils’ advance and these brought back memories to those in attendance,” according to the article.

Just over a month later, Matheson was a first-round pick in the 1967 NFL draft, eventually winning two Super Bowls with the Miami Dolphins.

“Watauga County youngsters finally returned to school today after a seven-week vacation,” stated an article in the Feb. 7, 1977, edition of the Watauga Democrat.

“The students missed 27 straight days due to weather and ice-covered roads and have not been to school since before Christmas,” according to the article.

“The schools are opening an hour late and the buses are running only on paved roads. School officials are asking persons who live on unpaved roads to provide their own transportation or to get the youngsters to a location where a bus is running,” the article stated.

According to the article, a modified schedule had to be implemented due to the limitations on transportation, with high schoolers attending until 2:30 p.m. and then elementary school students leaving at 2:45 p.m.

WCS Superintendent Dr. F. L. Barker was quoted as saying, “We couldn’t see putting two buses on the road and doubling the danger, so we’re not operating a dual schedule.”

“Also, he said students would probably be asked to report an hour later for the remainder of the week and he said this might be extended due to the fuel crisis,” the article stated.

“The board of directors of the Boone Area Chamber of Commerce has adopted a resolution in support of air service to Watauga County and the completion of the county airport feasibility study now under way,” stated an article in the Feb. 9, 1987, edition of the Watauga Democrat.

“The Boone Area Chamber of Commerce has a history of concern for adequate transportation facilities for Watauga County specifically related to economic development, and it has on numerous occasions supported the completion of an airport feasibility study,” the resolution was quoted as stating in the article.

“According to the resolution, signed by chamber president Don Lucas, the high rates of socioeconomic growth of Watauga County indicates the air travel demand will increase at rates exceeding the national average and the chamber supports the Watauga County commissioners in their completion of an airport study,” the article stated.

According to the article, the resolution was not endorsing a particular site, but added that whatever site was chosen should be “congruous to industrial development.”

“Since a major source of revenue for Watauga County is derived directly or indirectly from the natural environment of the mountains, preservation of the natural beauty and environment should be a deciding factor in site selection,” the resolution was quoted as stating.