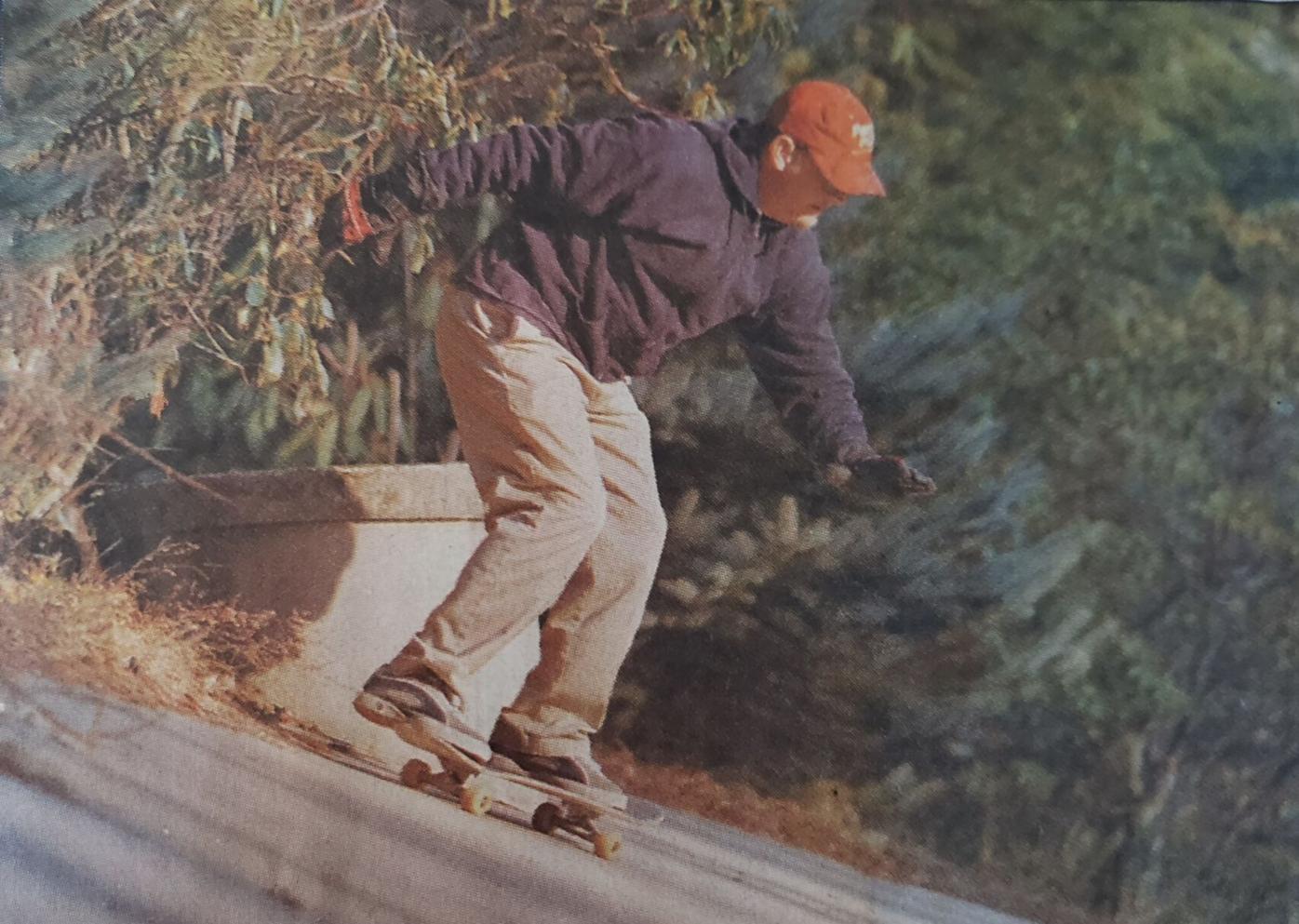 Woody Truett rides his skateboard, which appeared in a Jan. 20, 1999 issue of the Watauga Democrat. 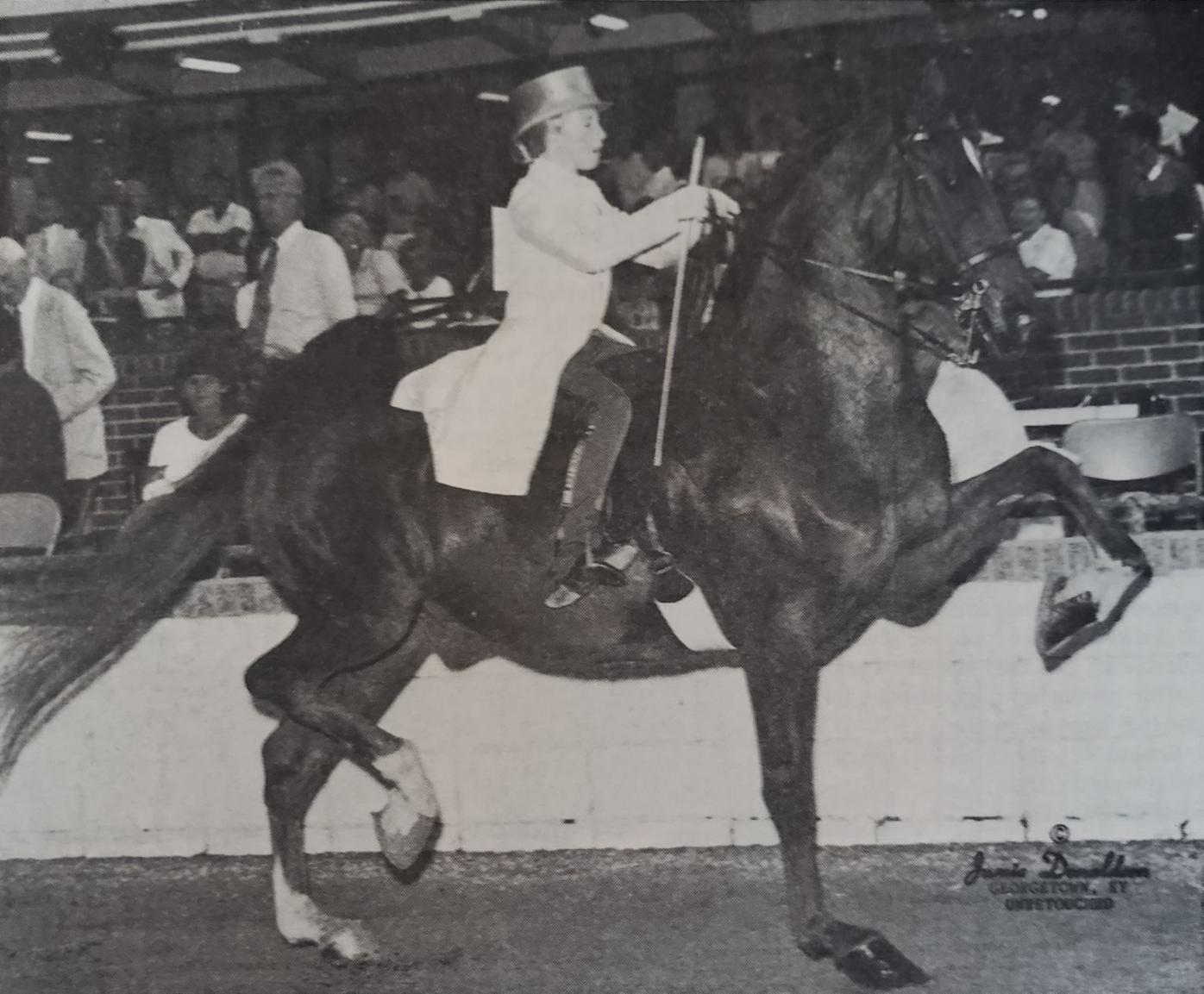 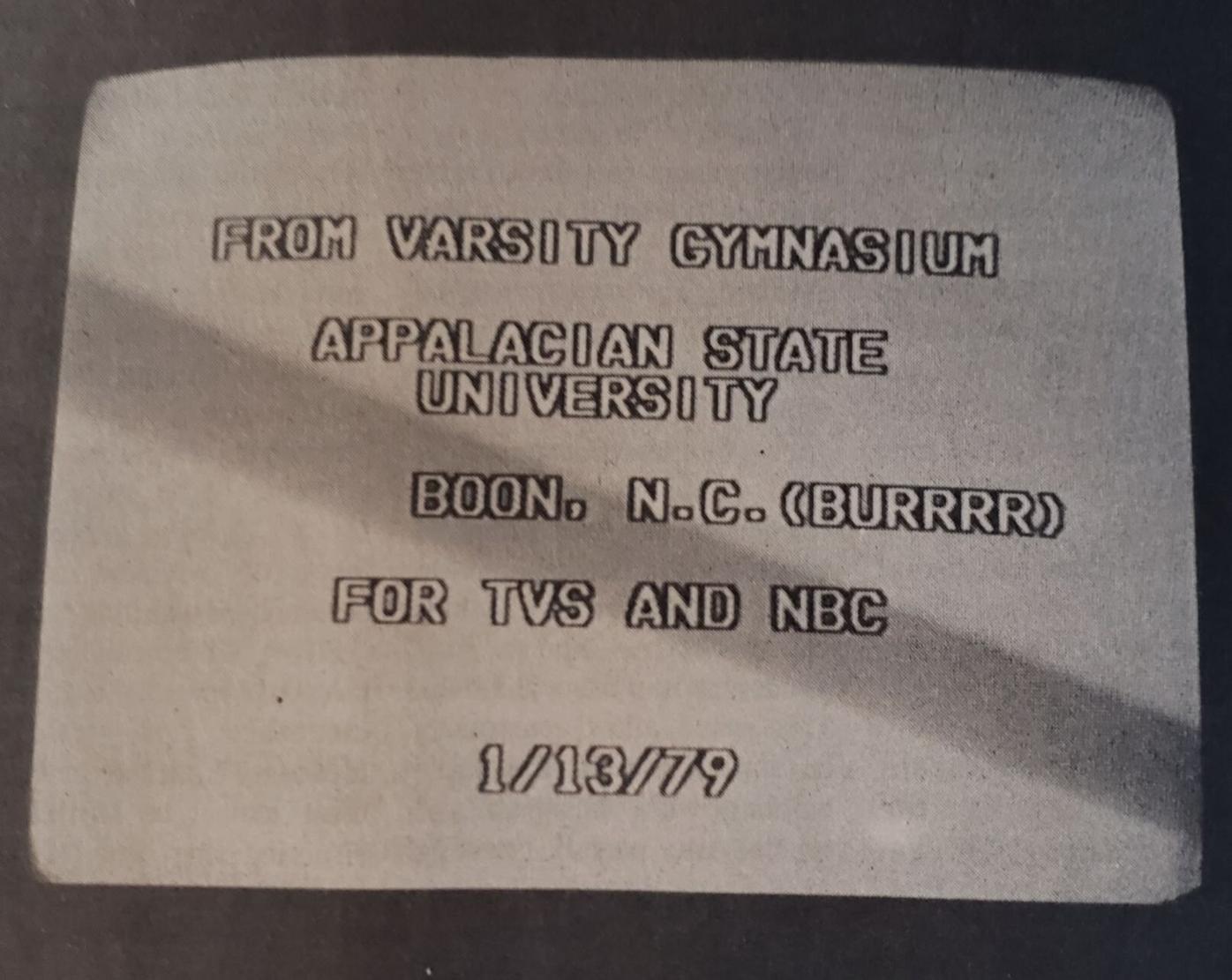 An information card appears before the first live TV broadcast from Boone in January 1979. 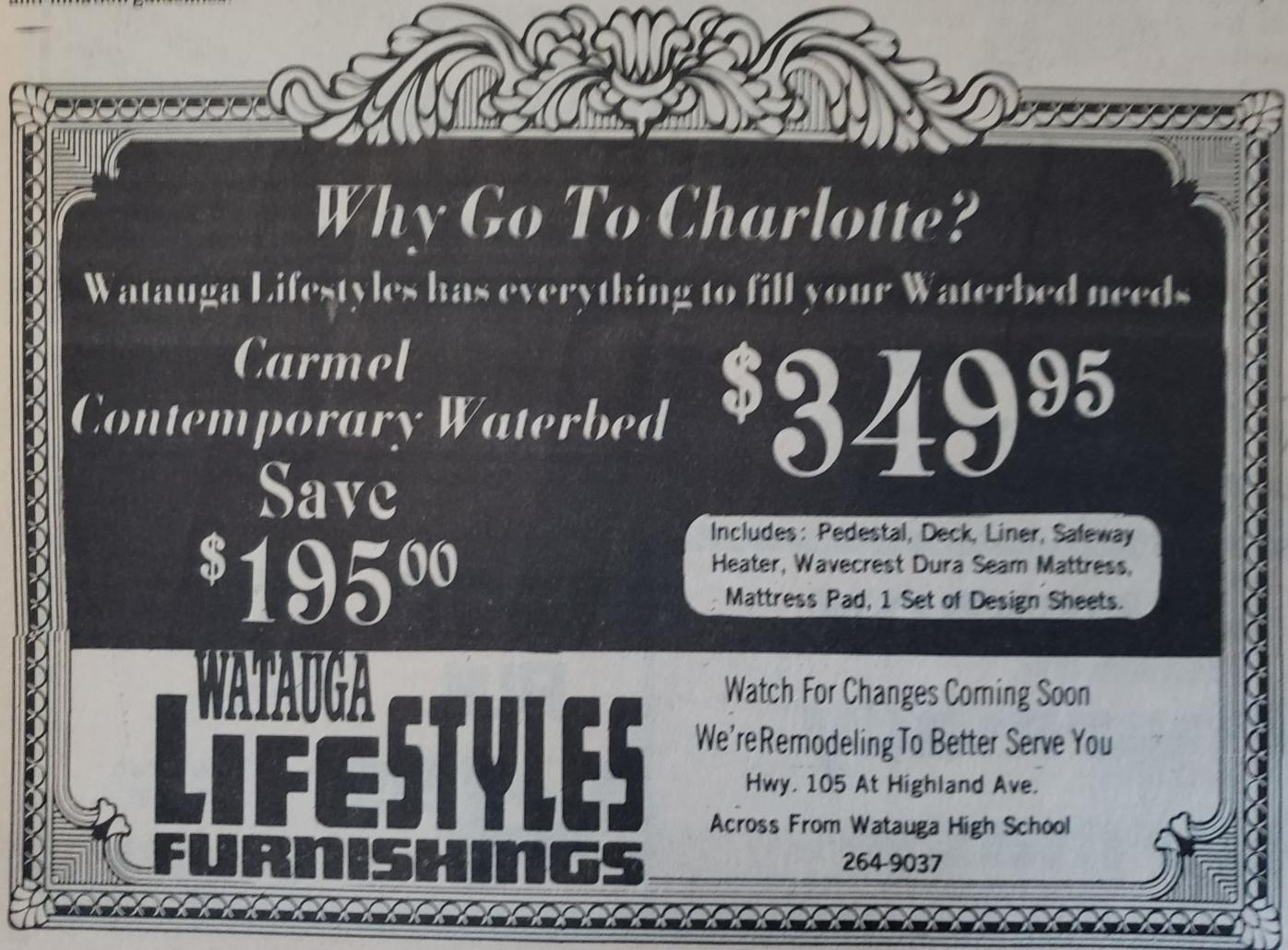 A 1979 Watauga Lifestyles Furnishings ad showcases waterbeds, which appeared in the Watauga Democrat. 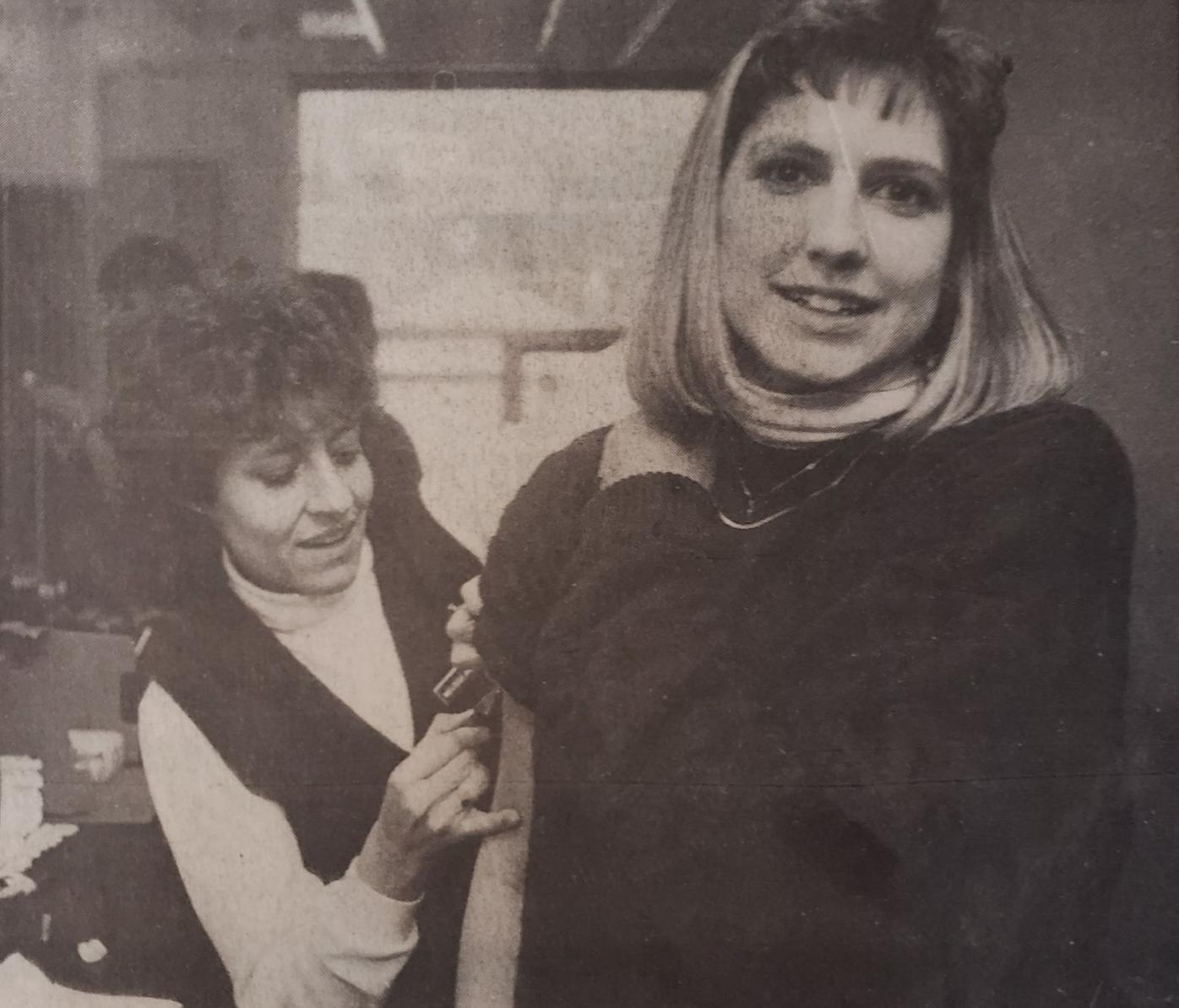 Appalachian State University student Kathy Carpenter was among the 1,600 students vaccinated for red measles in January 1989.

A 1979 Watauga Lifestyles Furnishings ad showcases waterbeds, which appeared in the Watauga Democrat.

Appalachian State University student Kathy Carpenter was among the 1,600 students vaccinated for red measles in January 1989.

“They came from Knoxville, Tenn., Columbia, S.C., Atlanta and Baltimore to do the first live regional TV broadcast from Boone,” stated an article in the Jan. 18, 1979, edition of the Watauga Democrat.

“With the ASU-Furman Southern Conference headliner set Saturday afternoon, the first of the NBC-TVS broadcast crew to arrive were guys named Bob and Pete, who drove the trucks up from Lenoir early Friday morning, apparently just missing icy roads,” the article stated.

The article went into detail about the process to set up the live broadcast and everyone involved with it.

“Live, remote broadcasts from gymnasiums, football stadiums and golf courses are always done from the truck. Smart play-by-play and color-commentators always find time during the action to praise the cameramen and the guys in the truck for their great shots,” according to the article.

The announcers for the game were play-by-play man Bill O’Donnell and color commentator Larry Conley. O’Donnell spent 16 years as a radio announcer for the Baltimore Orioles, eventually being inducted into their hall of fame.

“When it comes to riding, Taja Setzer doesn’t horse around. And last week’s luncheon at the Jockey Club in Washington D.C. proves it,” stated an article in the Jan. 20, 1989, edition of the Watauga Democrat.

“At the annual meeting of the American Horse Shows Association, Miss Setzer’s world grand champion horse, ‘Chat,’ was named Junior Exhibitor Three-gaited Horse of the Year,” according to the article.

Despite only being 11-years-old at the time, Setzer had already won, “literally hundreds of ribbons and awards” in her then-four-year career, according to the article.

“We all enjoy it together, and see it as an investment in her education,” Barry Setzer was quoted as saying in the article. “Through training and performing, Taja learns discipline, determination and patience. It’s also a great character builder, for the inevitable defeats help develop understanding about herself and others.”

The article also noted that Taja Setzer was riding “against the odds” with Chat.

“The competing riders are as old as 17,” Bonnie Setzer was quoted as saying in the article. “That means they’re far more experienced. Yet, Taja was exceeding in this division long before her 11th birthday.”

“In basketball, even the brightest talents don’t often make more than half of their shots. For that reason, perhaps the nearly 100 percent rate of interest gleaned in surveys by Watauga County’s recreational task force is all the more notable,” stated an article in the Jan. 20, 1999, edition of the Watauga Democrat.

According to the article, a group of around 50 people had spent four months scouring the county for a “consensus of what its residents want and need in terms of recreational facilities.”

“After the rush of the holidays, the task force met last week to review those results as well as responses from more than 1,350 people who filled out surveys ranking the top four new recreation facilities which they think are needed and that they would use consistently,” the article stated.

“Nonetheless, preliminary results of the surveys which have been evaluated lean toward facilities such as a skateboarding/rollerblading park, a community center and an amphitheater, among other, more traditional athletic facilities like soccer fields,” the article stated.