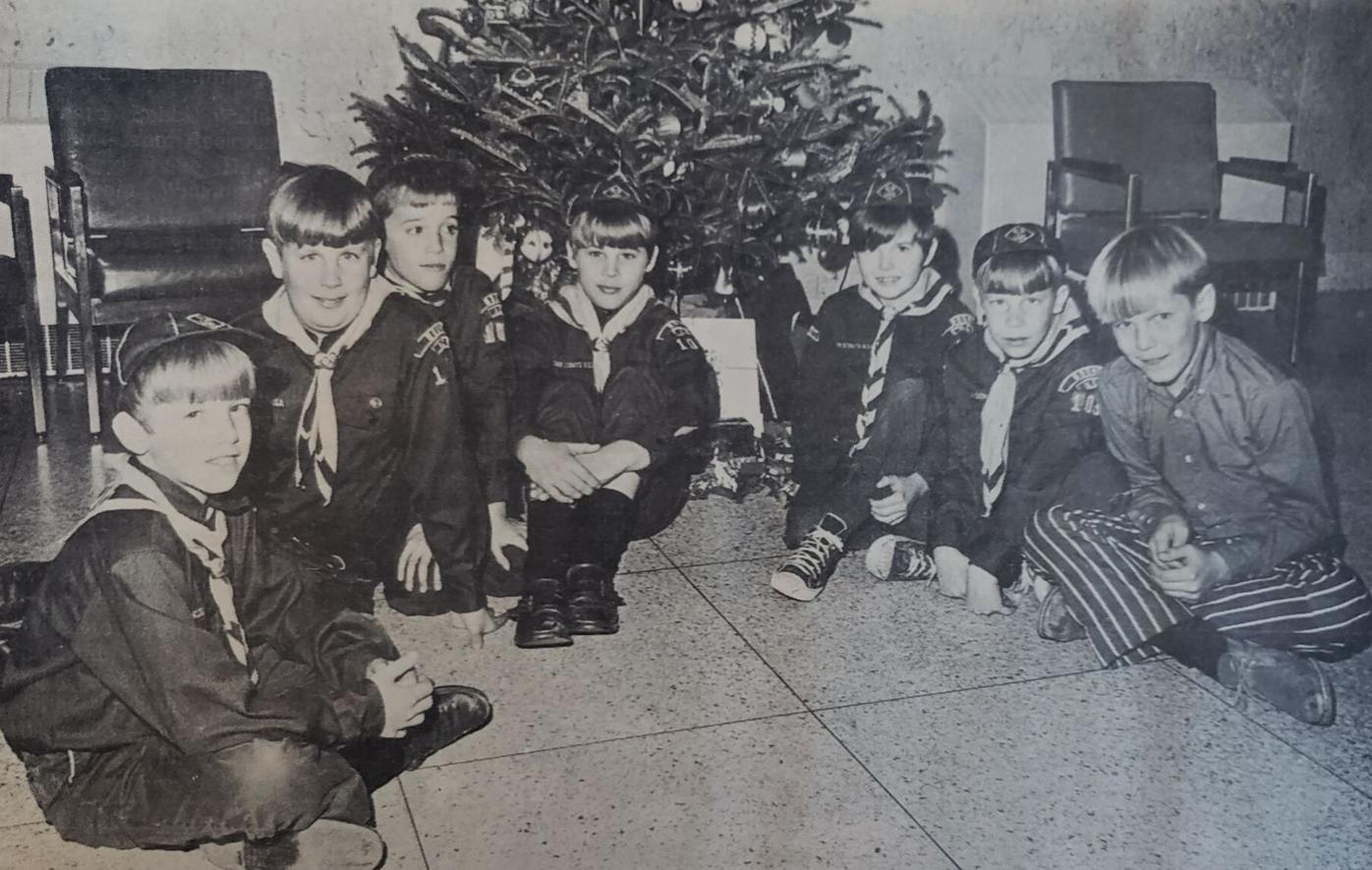 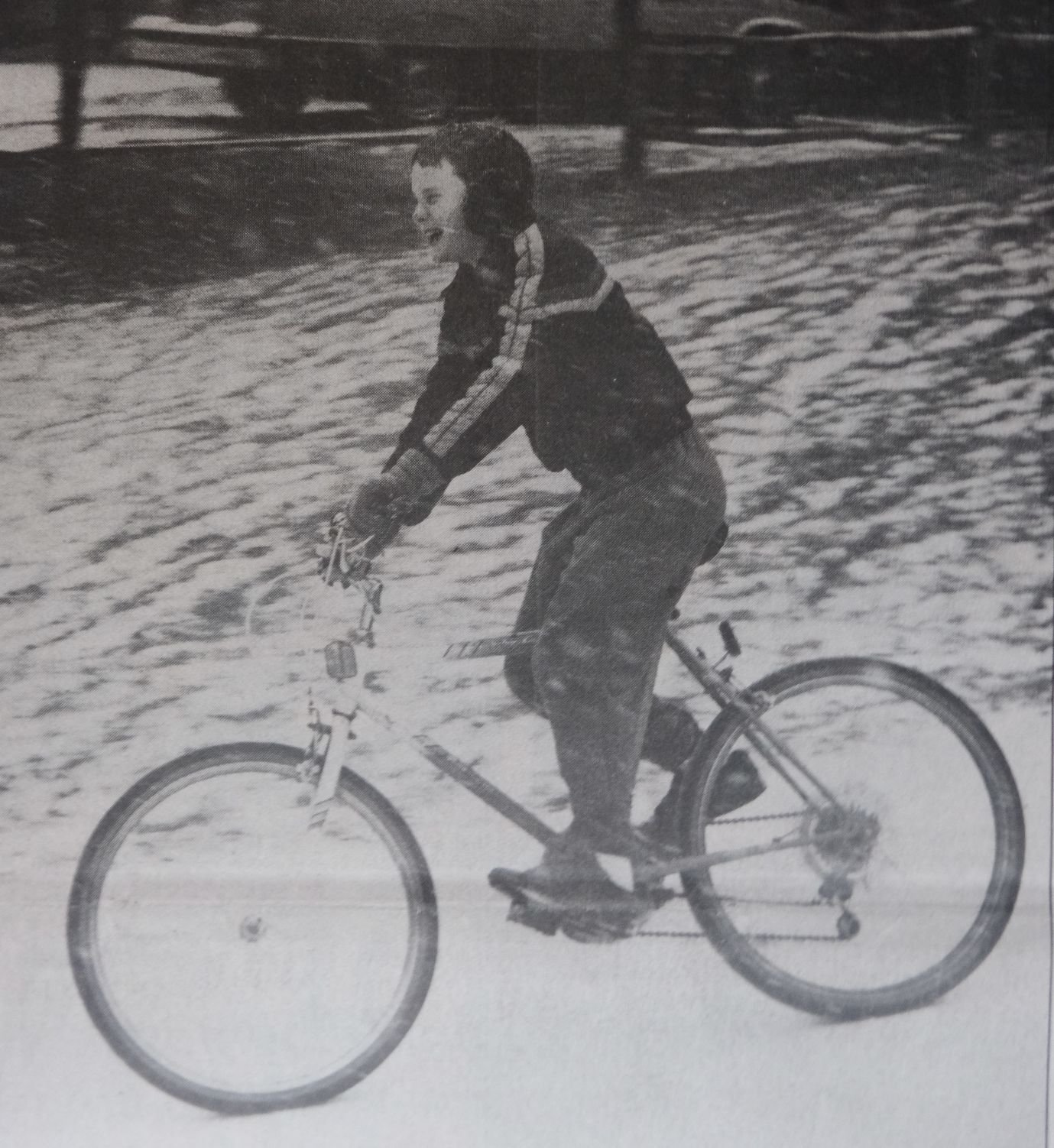 Andy Branch rides his bike through the winter’s first snow in December 1990. 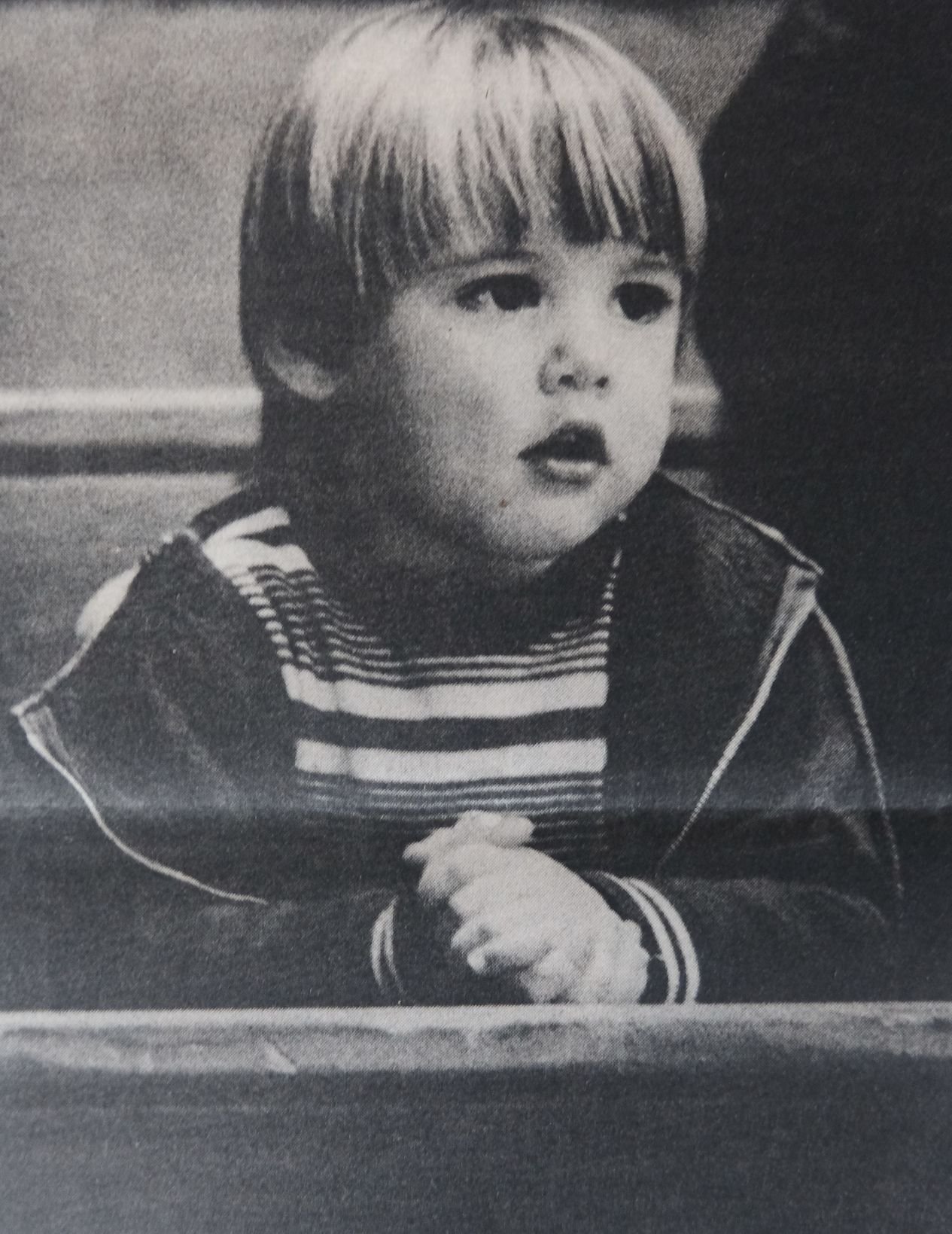 Brad Greer, who was 2-years-old at the time, was taken to his first basketball game, a matchup between Watauga High School and Freedom High School, in 1980. 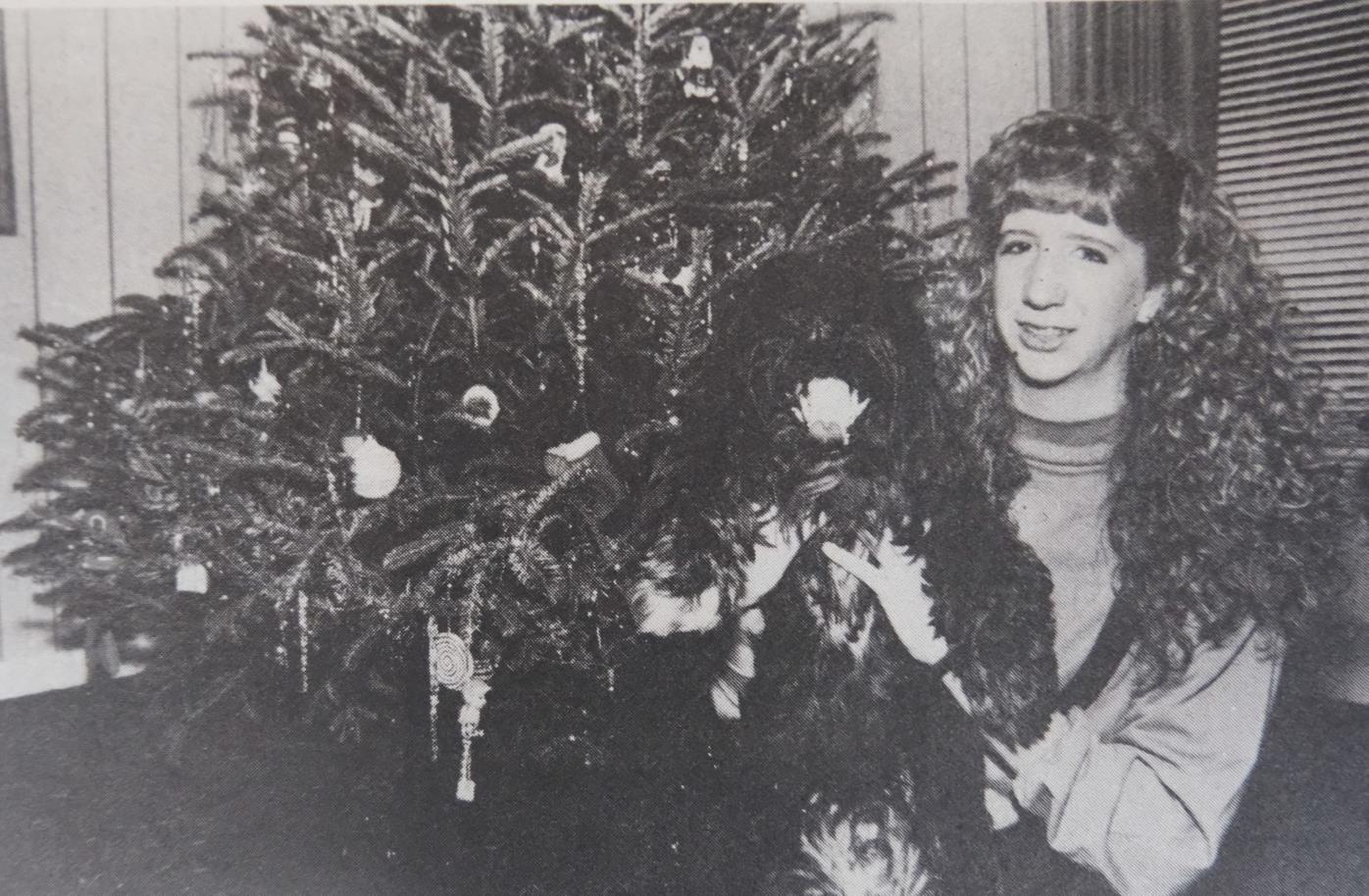 Jennifer Brown holds her shih tzu, Pepi, the day after he got lost and nearly drowned in 1990. 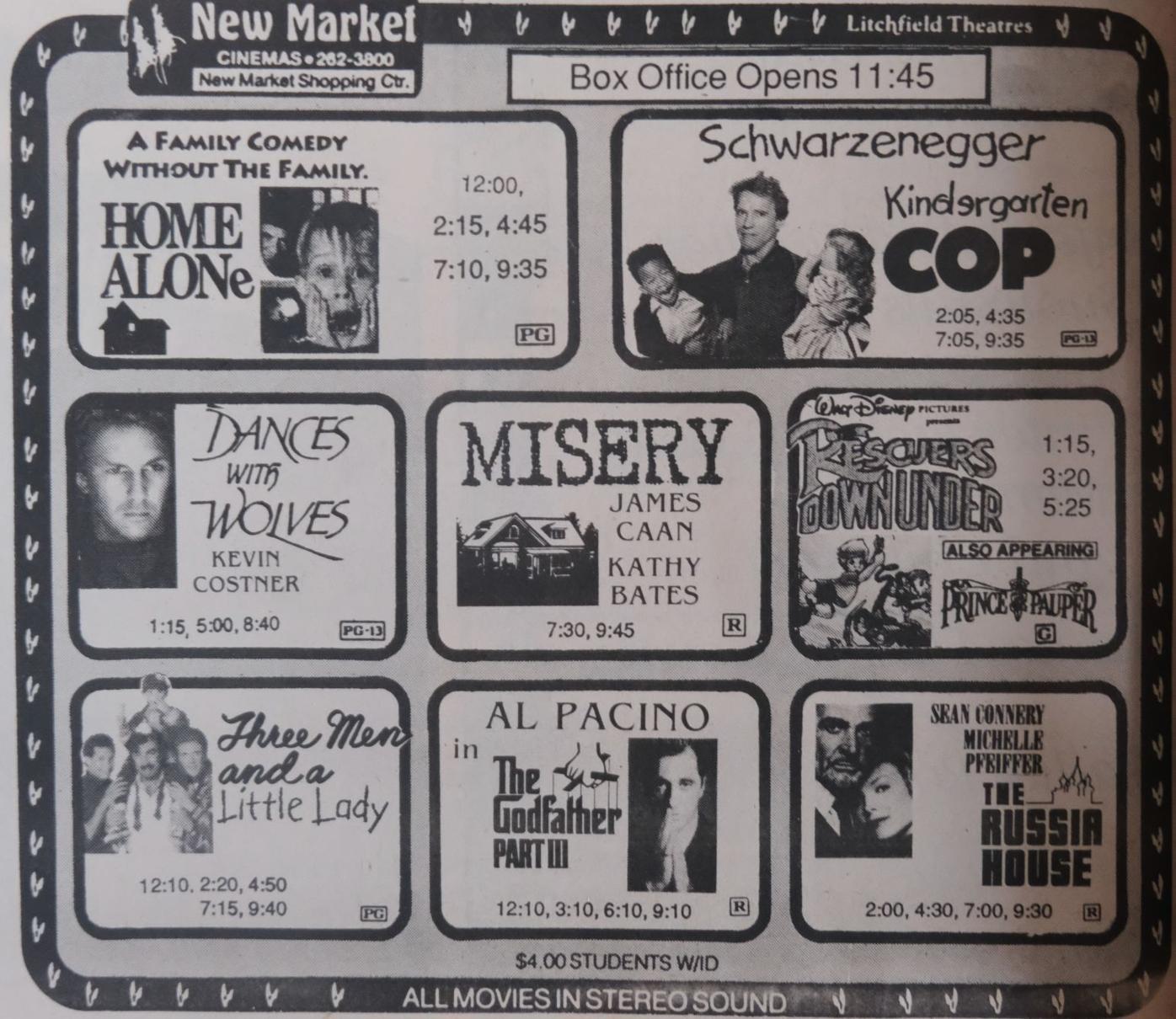 A 1990 advertisement shows what was playing at the New Market Cinemas in Boone. 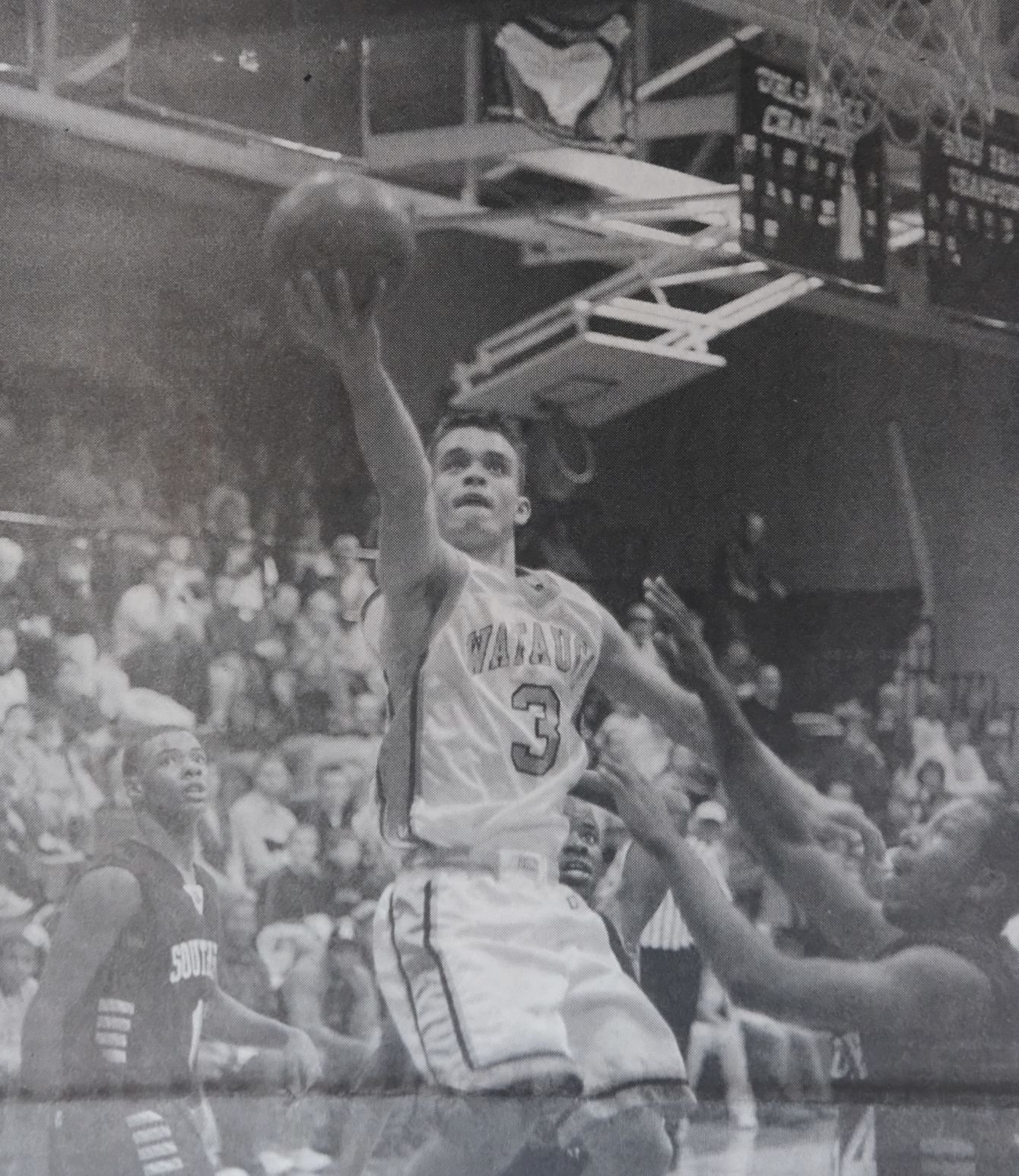 Watauga's Adam Greer (3) goes for a layup against Southern Vance in December 2000.

Andy Branch rides his bike through the winter’s first snow in December 1990.

Brad Greer, who was 2-years-old at the time, was taken to his first basketball game, a matchup between Watauga High School and Freedom High School, in 1980.

A 1990 advertisement shows what was playing at the New Market Cinemas in Boone.

Watauga's Adam Greer (3) goes for a layup against Southern Vance in December 2000.

American skiing legend Billy Kidd and the International Ski Racing Association tour was coming to Beech Mountain in 1971, according to a Dec. 24, 1970, article of the Watauga Democrat.

Kidd and Jimmie Heuga were the first American men to win Olympic medals in alpine skiing at the 1964 Winter Olympics in Innsbruck, Austria.

“The Snow Carnival of the South will stage Dixie’s first professional ski race at Beech Mountain and at Sugar Mountain on Feb. 8-9, to kick off a week-long schedule of carnival activities. Many of the leading pro skiers in the world, including the sensational Billy Kidd, will be competing in the two-day ISRA races for a $15,000 purse and ownership of the first North Carolina Ski Cup,” the article stated.

“We feel extremely fortunate, and certainly delighted, to have been able to line up this great ISRA tour event for the Watauga-Avery county area,” Snow Carnival of the South President Robert Bingham was was quoted as saying in the article. “Our purse of $15,000 is topped only by the Lange Cup races and the World Professional Championships ... in fact, the European Championship matches last year offered only $12,500.”

The ISRA was the premier professional skiing tour in the 1970s, according to the International Skiing History Association. The ISHA noted the ISRA set records for the amount of money skiers could win, and helped popularized skiing in America through skiers such as Kidd, Tyler Palmer and Vladimir “Spider” Sabich.

“When Jennifer Brown’s shih tzu dog, Pepi, did not come home after a few hours, she feared she might have seen the last of him,” according to a Dec. 28, 1990, edition of the Watauga Democrat.

The article stated that Pepi had been let out around 2 p.m. on Christmas Day, wandering out before getting stuck in a neighbor’s pond near the Browns’ home on N.C. 105. Pepi was later found and rescued by Tom Perry, who waded in to save the little, black dog.

“He was in the pond and he couldn’t get out because the ice kept breaking with him, so I walked in to get him... I just couldn’t stand there and let him drown,” Perry was quoted as saying in the article.

Perry and his family dried, warmed and fed Pepi, then began looking for his owners.

“The search finally took them to the Highland Hills Motel, where the desk clerk remembered that another man had come in asking if anyone had found a dog,” according to the article, referencing the Browns’ own search.

The article stated that Pepi was eventually returned to his owners around 9:30 p.m., unharmed but exhausted.

According to the article, the awards were presented at the society’s 59th annual awards banquet, which was held in Goldsboro. The awards honor books that help preserve North Carolina’s history.

“Wilson and Haas won their award for their children’s book, “MeeMa’s Memory Quilt: Treasured Stories of Watauga County History,”” the article stated. It noted the North Carolina Society of Historians described the book as “a delightful book that is bursting with wonderful stories and eye-catching, colorful sketches. Nicely arranged and expertly published.”

“Tager won the award for his book, “Gandfather Mountain: A Profile.” Tager’s book presents the history of the Grandfather Mountain, the oldest and highest mountain in the Blue Ridge Mountain range.”

“Tager notes that the Grandfather Mountain is one of the most unique geological, ecological and historical mountains on earth and it is the home for an astonishing diversity of flora and fauna,” the article stated.