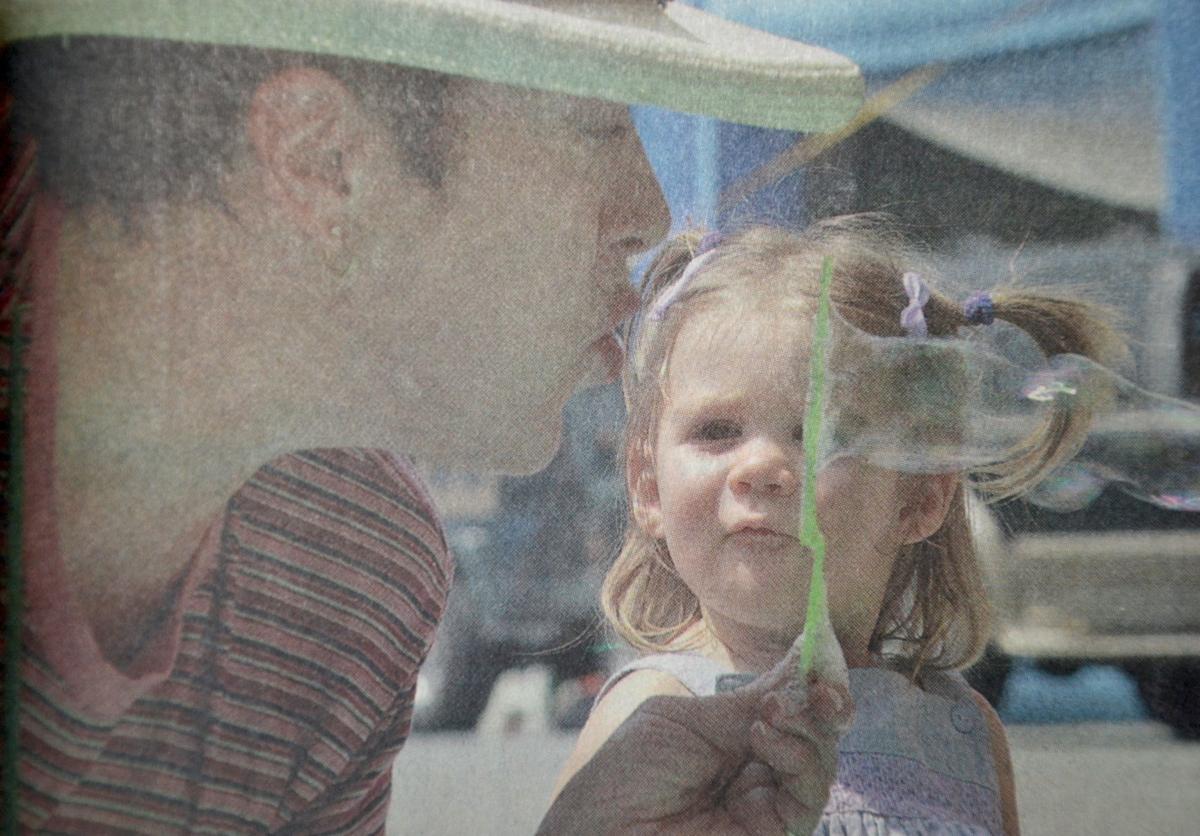 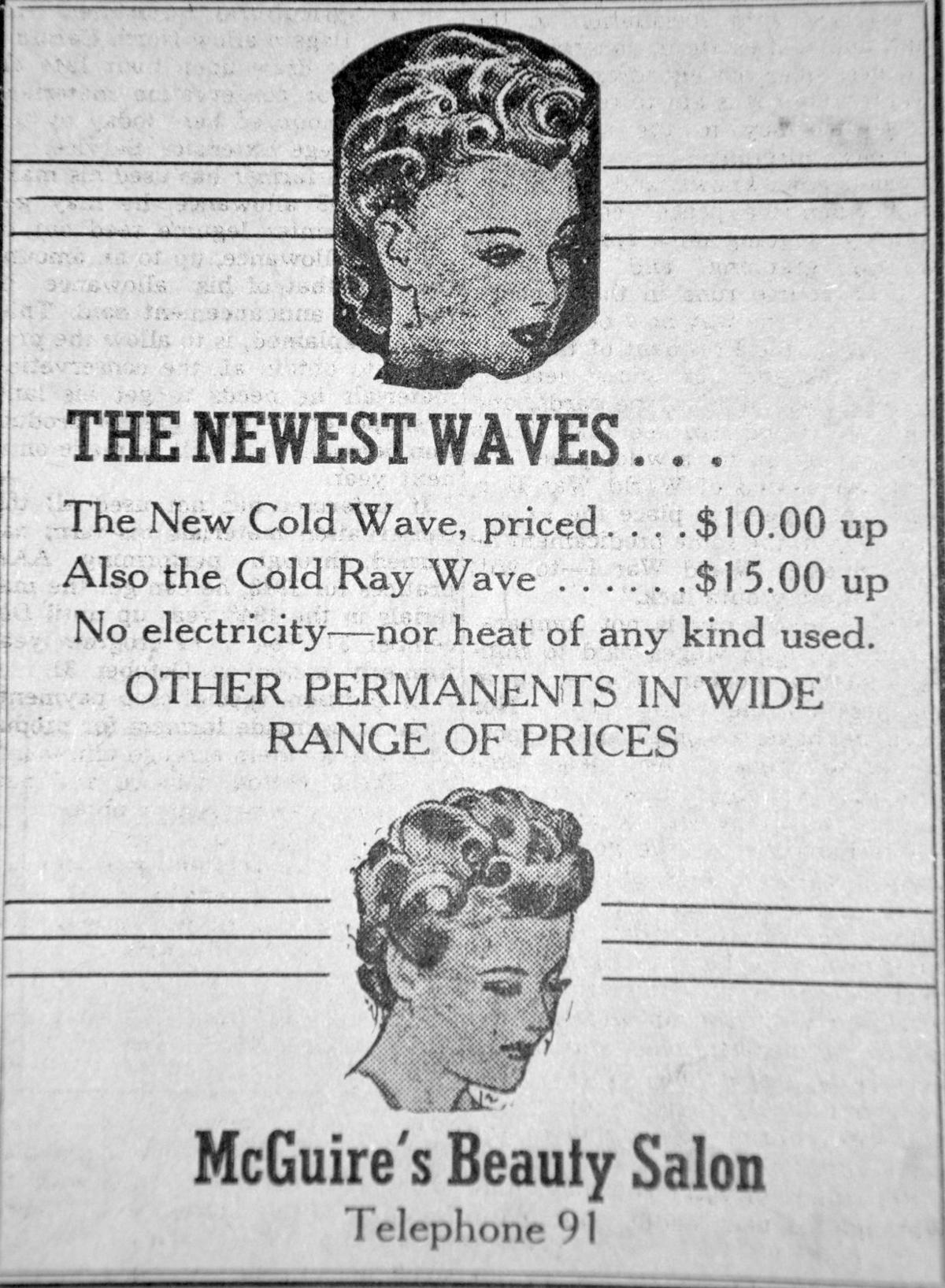 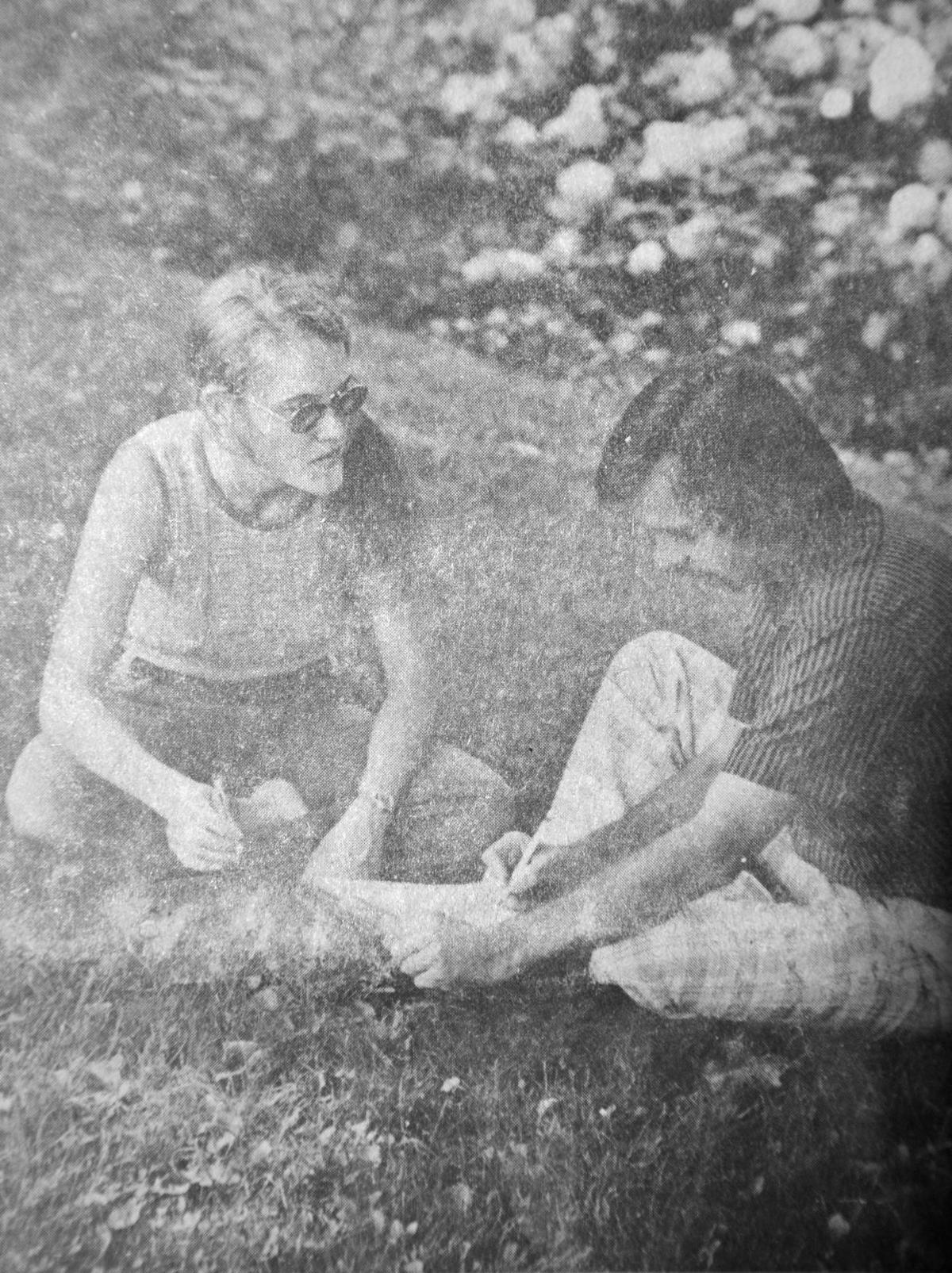 Darlene Van Dyke discusses her contract as a teacher at a new school — to be an alternative to public school — with Lowell Hayes, one of nine parents who helped form the school. 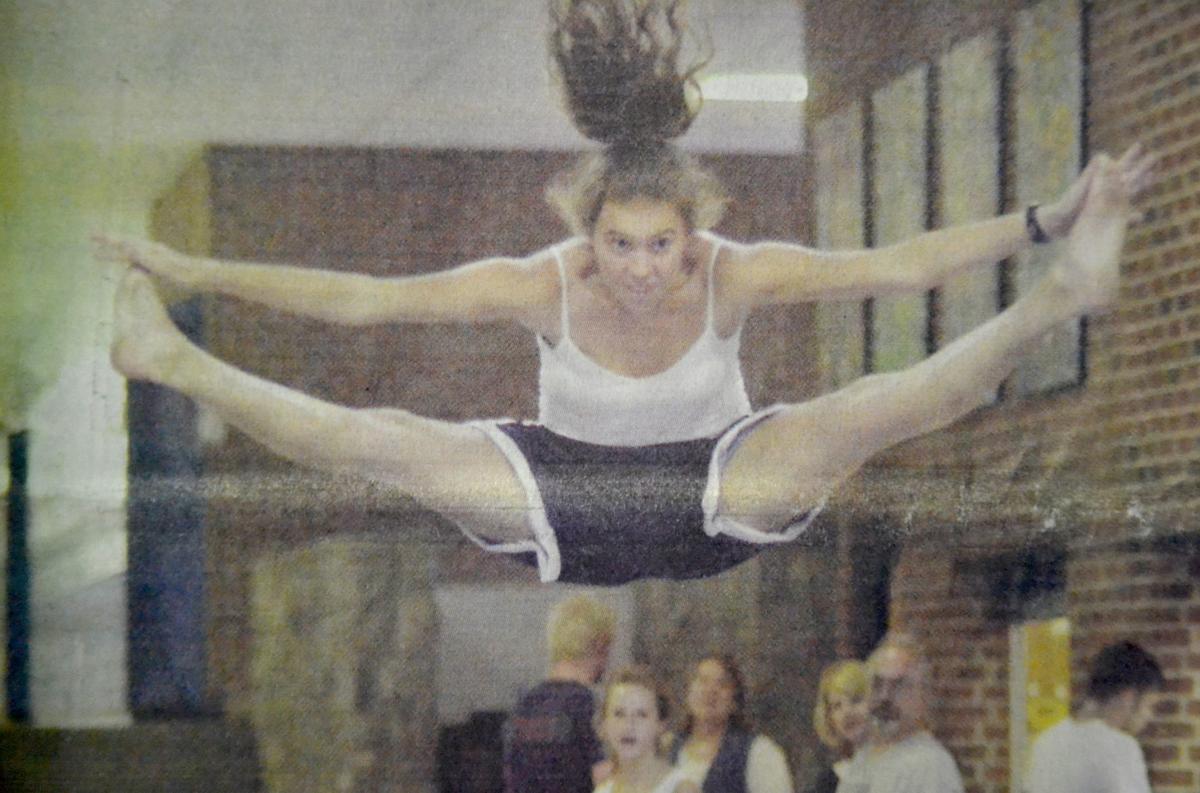 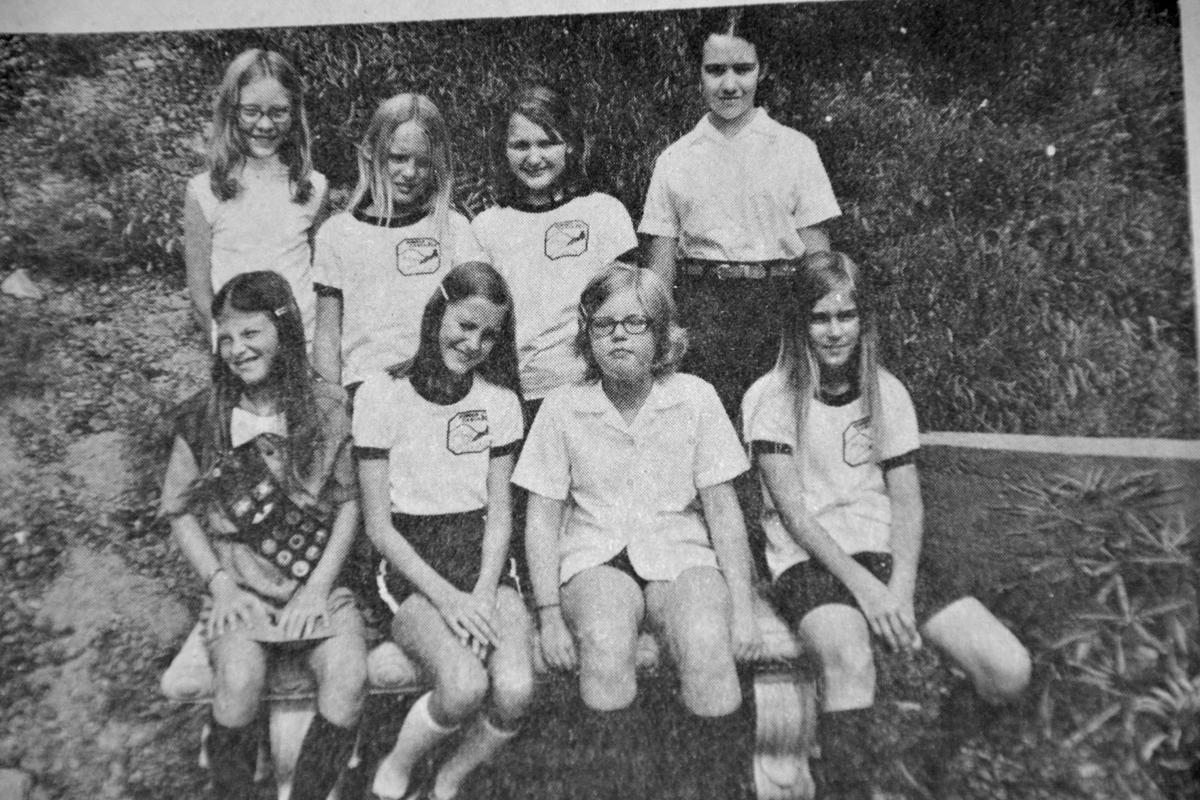 Darlene Van Dyke discusses her contract as a teacher at a new school — to be an alternative to public school — with Lowell Hayes, one of nine parents who helped form the school.

“The question of whether or not the lunchrooms at the Boone Demonstration School and the Boone High School will be open this year is to be decided by the patrons of the two schools within the next few weeks,” stated a 1943 article in the Watauga Democrat.

“For the past several years, the manager and cooks at the lunchroom were paid by the (Works Progress Administration),” the article stated. “Since that organization has been discontinued the lunchrooms must be operated so that there will be enough income to pay the help. If the parents of the children will donate enough food this will be possible, otherwise it is said, there will not be enough cash to pay the help and buy the necessary supplies.

“The Boone PTA at the request of the two principals is making an appeal to the parents to keep these lunchrooms open. They have accumulated through the pst several years enough equipment to serve meals to several hundred school children daily; the state government will give a few cents per meal for each child for staple groceries. But this will not be enough with food at the present price levels — there must be large quantities of donated food,” the article continued.

“Those in the county are asked to donate whatever vegetables or fruit of which they have a surplus, and the mothers in town are asked to come to the cannery on Wednesdays of each week and help to can the donated fruits and vegetables. Those not having a surplus in their gardens, are asked to buy some produce and send it,” according to the article.

“The North Carolina minimum wage will advance to $1.80 per hour for all covered employees on Sunday, Sept. 2, 1973,” according a 1973 article in the Watauga Democrat.

“The increase from the previous $1.60 hourly state minimum comes as the result of action completed by the N.C. General Assembly last May. Some 50,000 of the state’s lowest paid citizens will benefit from the 12 and one-half percent hike in the Tar Heel wage floor,” the article said.

“The North Carolina minimum applies to most non-farm and non-governmental full-time employees in establishments employing four or more employees. Virtually all of the state’s 775,000 factory workers will be covered by the $1.80 state minimum. The higher state minimum also will apply to most of the 900,000 North Carolina workers employed in mining, construction, transportation, communications, public utilities, finance, insurance, real estate and services,” the article stated.

“However, most ... who will benefit directly from the new $1.80 minimum are employed in relatively small retail and wholesale trade establishments, service-industry businesses, food service establishments and lower wage-type manufacturing plants.

“Principal exemptions from the law include farm workers, domestic workers, persons 65 years of age or older, minors under 16 years of age and employees working in establishments having less than four employees,” according to the article.

“North Carolina Attorney General Roy Cooper said that Watauga County is at “ground zero” in the statewide battle against the manufacture and distribution of methamphetamine,” according to a 2003 article in the Watauga Democrat.

“He said that 116 meth labs had been discovered in the state and 24 of those were in Watauga County. The State Bureau of Investigation representative raised the number to 118 with two raids planned for later this week,” the article stated. “If the county is the primary battle ground, then the point of the spear in that battle was present at the Fairfield Inn Tuesday afternoon to discuss the situation and begin the planning for the battle strategy.

“They came armed with pictures of meth labs and examples of ‘cooking’ equipment and supplies,” the article stated. According to the article, 125 people attended the meeting and there was a panel of five people to talk about meth labs.

The article quotes former Watauga County Sheriff Mark Shook as saying, “This is the problem that can take this county and this state to its knees.” He highlighted the dangers in the manufacturing of meth to everyone touched by the drug, according to the article.

“Those immediately involved and nearby innocent bystanders are at risk, but all of the panel members emphasized the risks and dangers to firefighters, police and emergency personnel responding to either an arrest of an incident. The toxic effect of the process attacks the respiratory system and a number of law enforcement officers and firefighters have been injured, breathing the fumes of the meth lab.

“The panelists said that education, community involvement and Cooper’s plan to ask the legislature to increase penalties for manufacturing the drug were corrective measures in the works,” the article stated.