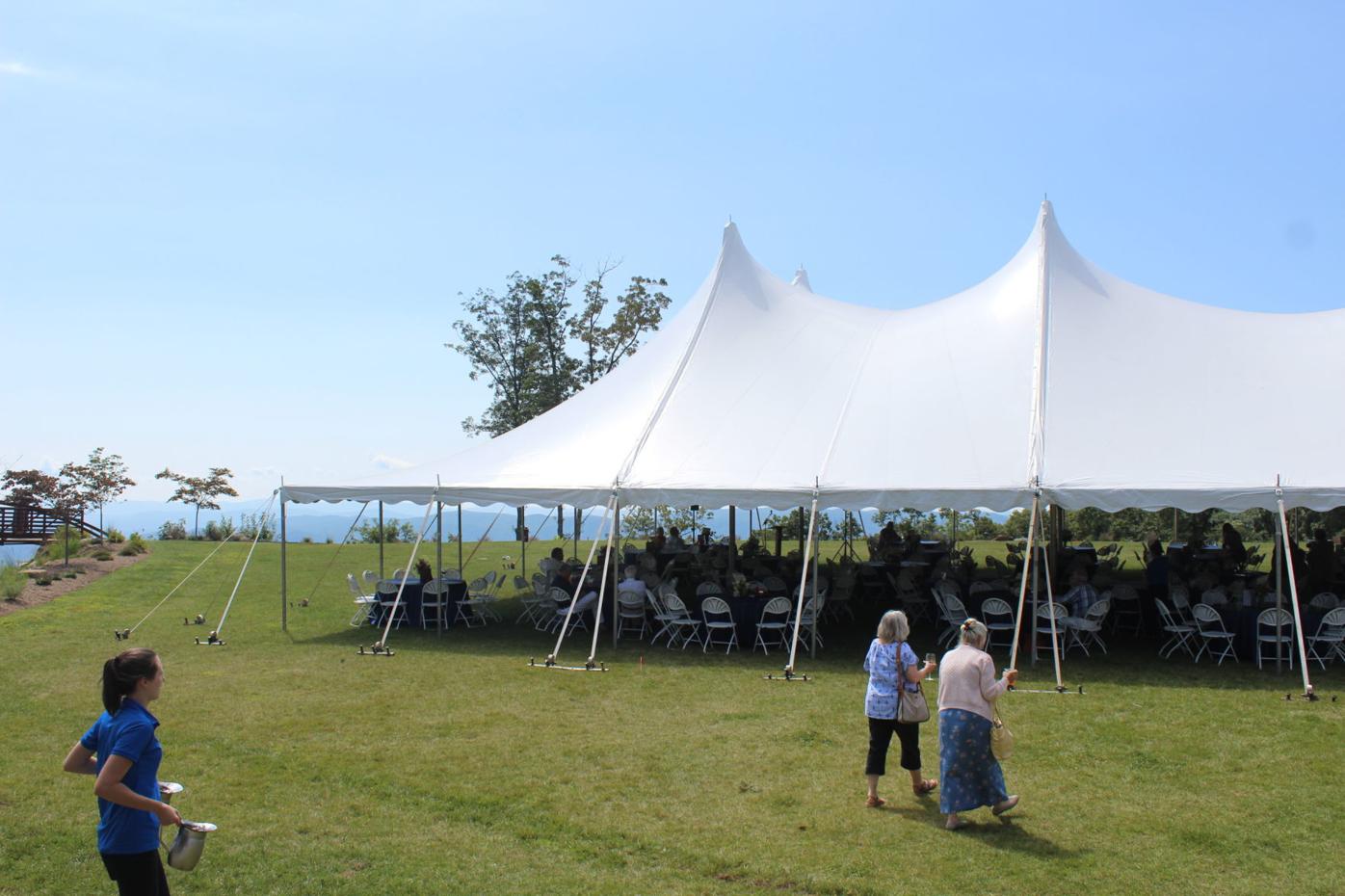 The Hope Luncheon tent and view at the Blue Ridge Mountain Club for the 35th anniversary of the Hospitality House. 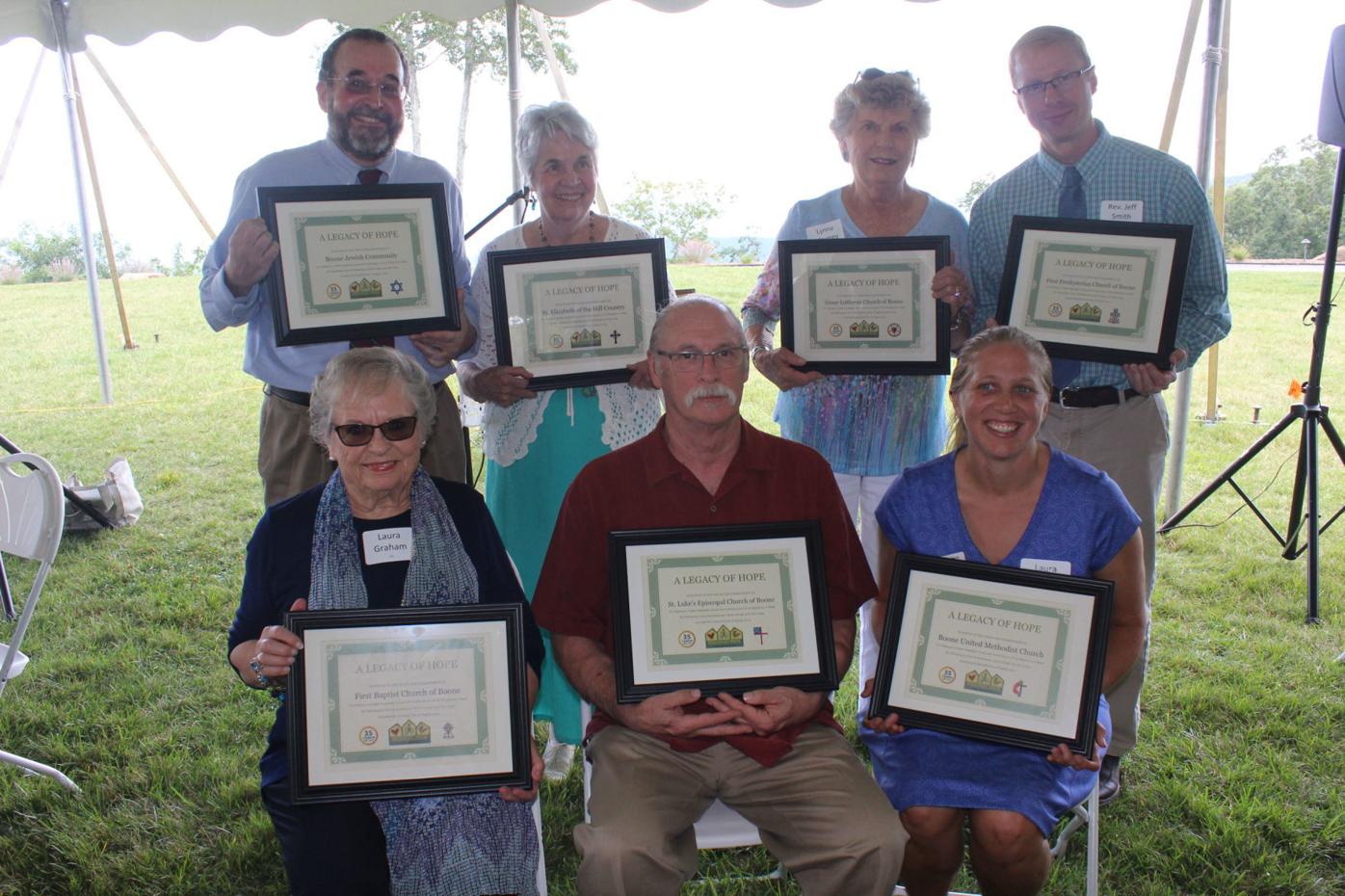 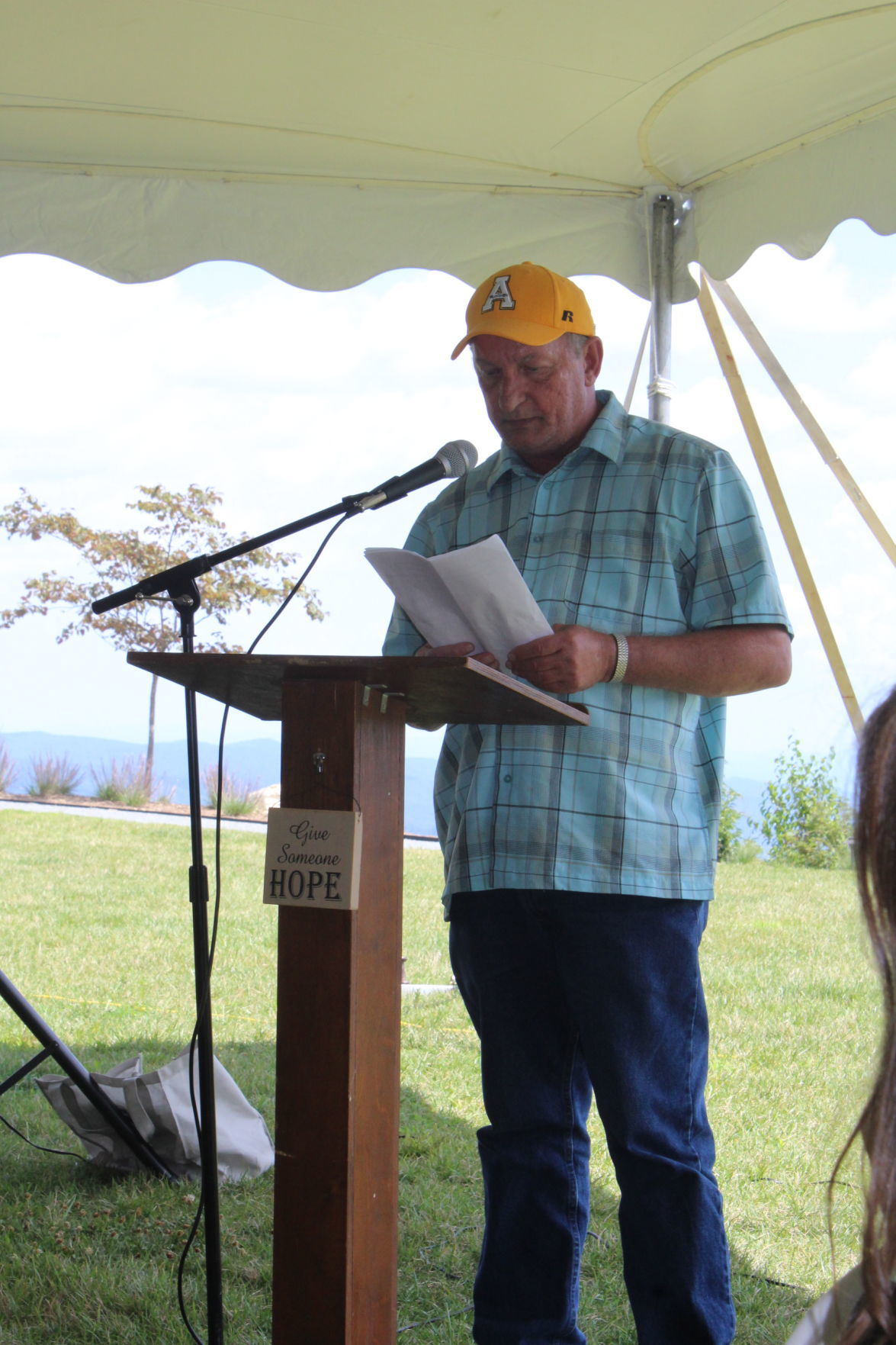 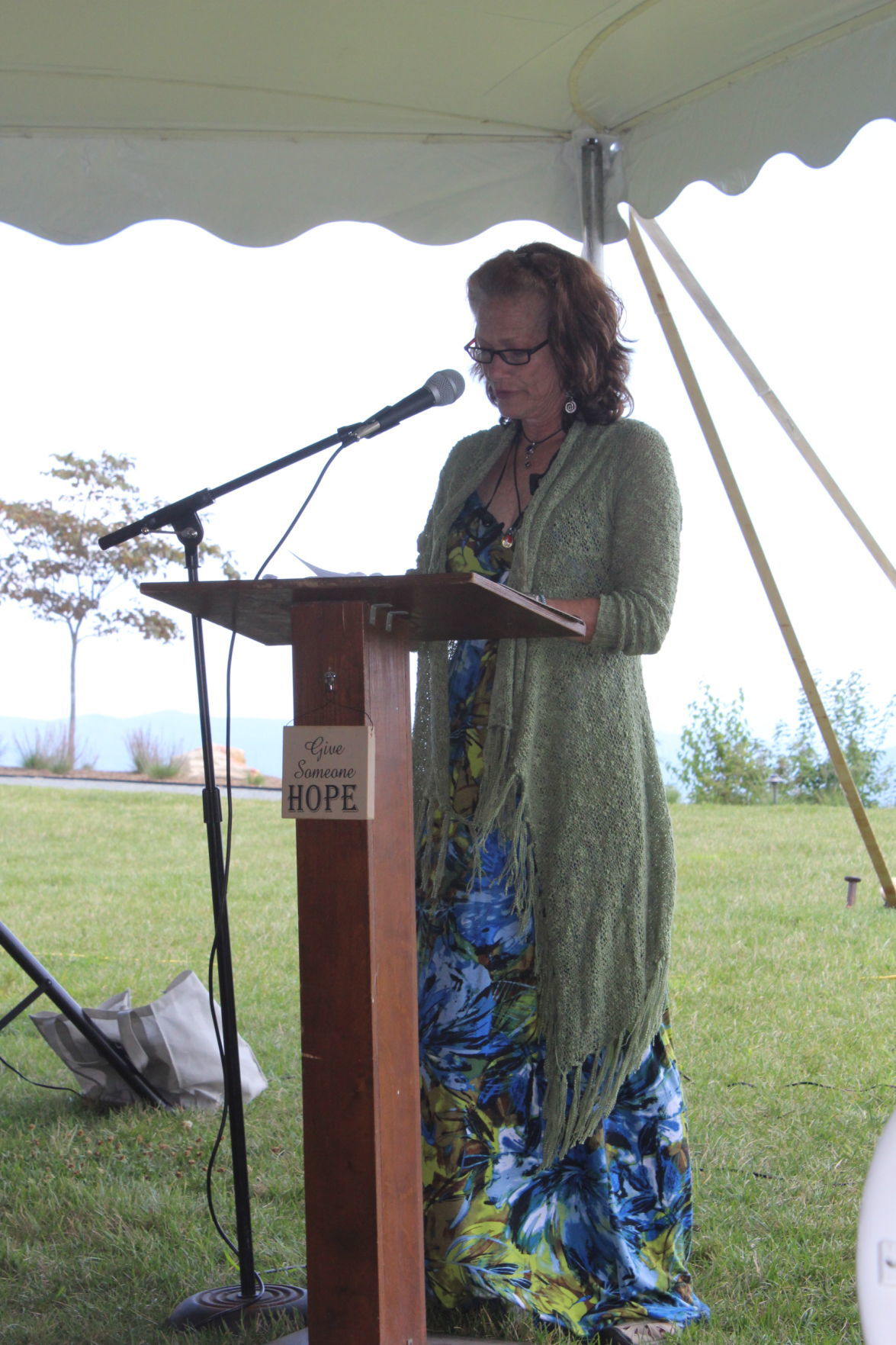 Margaret shares her story at the Hope Luncheon 2019. She said that working in the community garden helps her clear her mind and work through hard feelings.

The Hope Luncheon tent and view at the Blue Ridge Mountain Club for the 35th anniversary of the Hospitality House.

Margaret shares her story at the Hope Luncheon 2019. She said that working in the community garden helps her clear her mind and work through hard feelings.

BOONE — The Hospitality House in Boone celebrated its 35th year of serving the High Country with its annual Hope Luncheon on Friday, Aug. 16, at the Blue Ridge Mountain Club. Festivities kicked off at 11 a.m. with a wine social and silent auction, which included gift baskets, gift cards and unique pieces of jewelry. Lunch was served at noon with catering from Blue Ridge Mountain Club.

“There’s nothing more important in the High Country than having comfort, than having peace, than having joy and happiness in your life,” said Jim Pitts, general manager at Blue Ridge Mountain Club, who challenged every table at the luncheon to raise $3,500, as well.

The Volunteer of the Year award went to Marian Peters, an individual “who has always put the client first,” said Tina Krause, executive director of the Hospitality House. “She’s carried her bag with her, meeting them where they are.”

Director of Development Todd Carter said that what makes the Hospitality House different from other missions across the state is the community that surrounds it.

“Nobody has what we have, and it’s because of these founding communities that care,” said Carter, now in his eighth year with the Hospitality House.

The highlights of the program were two speakers who shared their journeys leading up to their arrival at the Hospitality House and how their lives have changed since then. Both of them, along with shorter notes from other clients read by Carter, had a consistent message of gratitude: Anyone who has ever walked through the doors of the Hospitality House can tell you that Tina Krause and her team care about what they’re doing.

Margaret, the first of the keynote speakers, was nervous but told her story with the brutal honesty of someone who survived and came out stronger than ever before.

“They showed me a better way to a better life,” said Wayne Harris Sr., who spoke on the hardships that brought him to Krause and her team and how far he’s come since that day. “A lot of people would have thrown their hands up — don’t do that. You’ve gotta keep going.”

With the Blue Ridge Mountains behind him, Carter closed the program with a simple wish for all in attendance, which totaled more than 250 people.

“Peace and blessings to everyone,” he said.

To learn more about the Hospitality House, including how to volunteer, visit https://www.hosphouse.org.