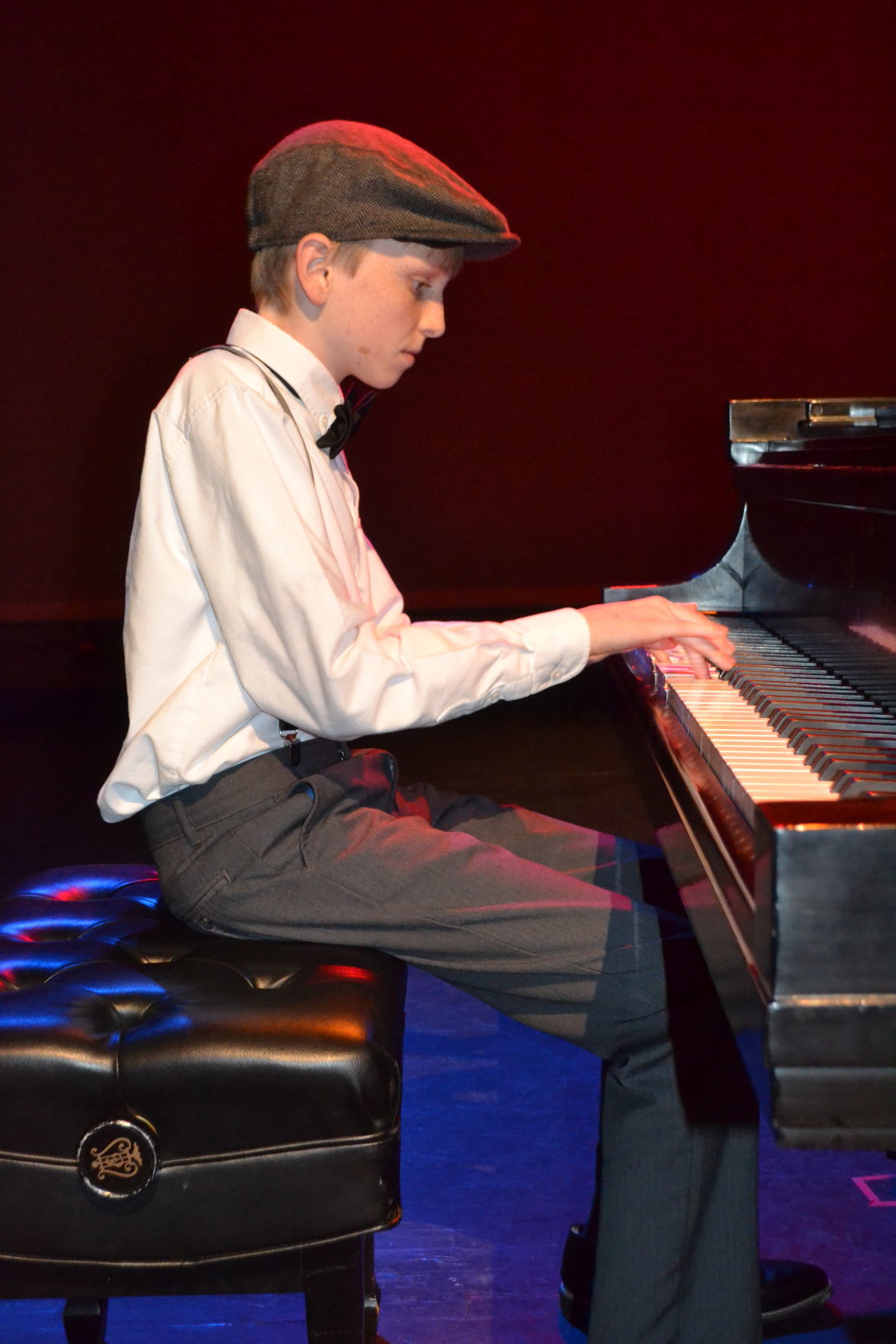 Jasper Johnston plays ‘Whole Lotta’ Shakin’ on the piano for the 2018 shooting stars. 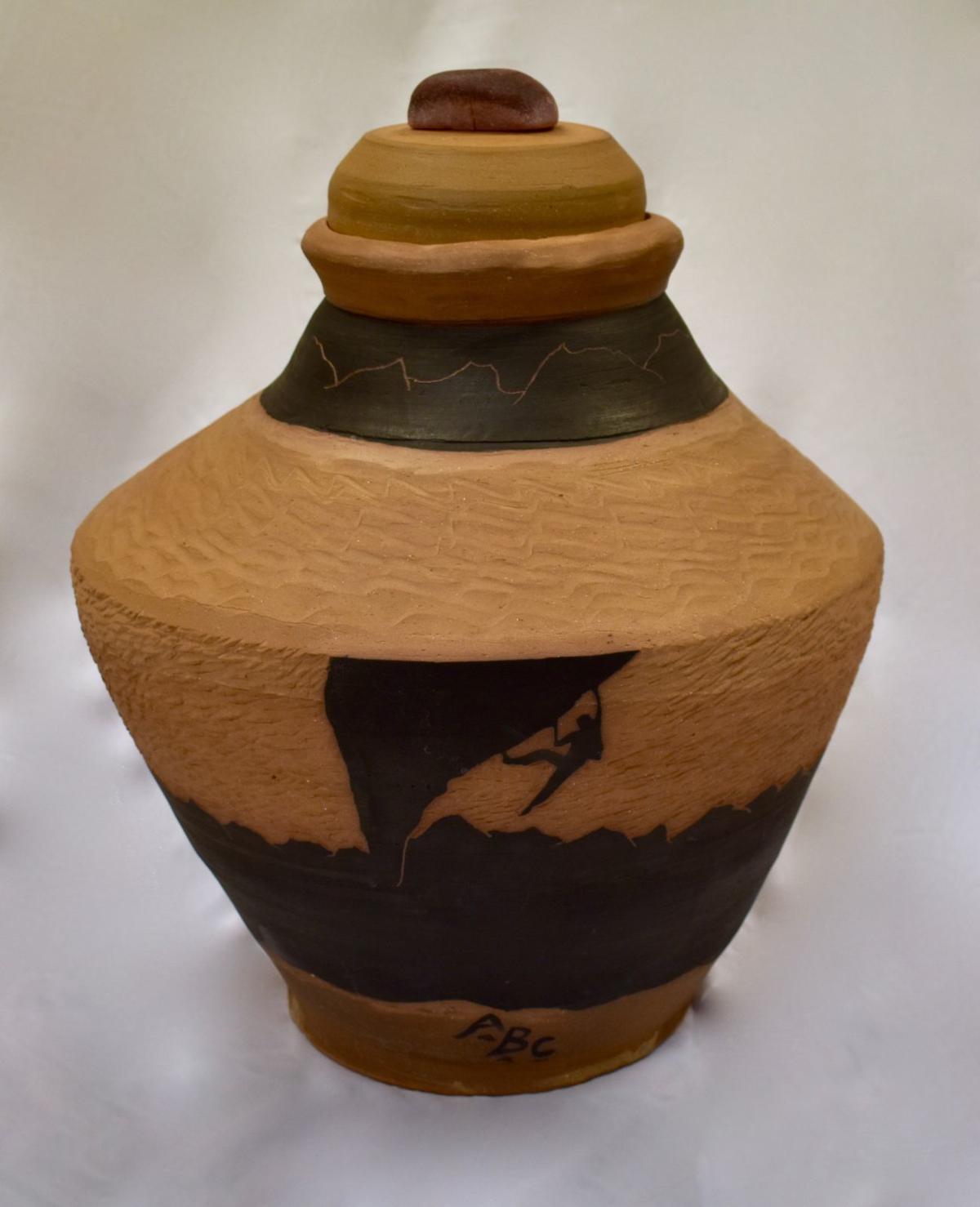 A piece by 11th-grader Aaron Broce is titled "Shred the Gnar." 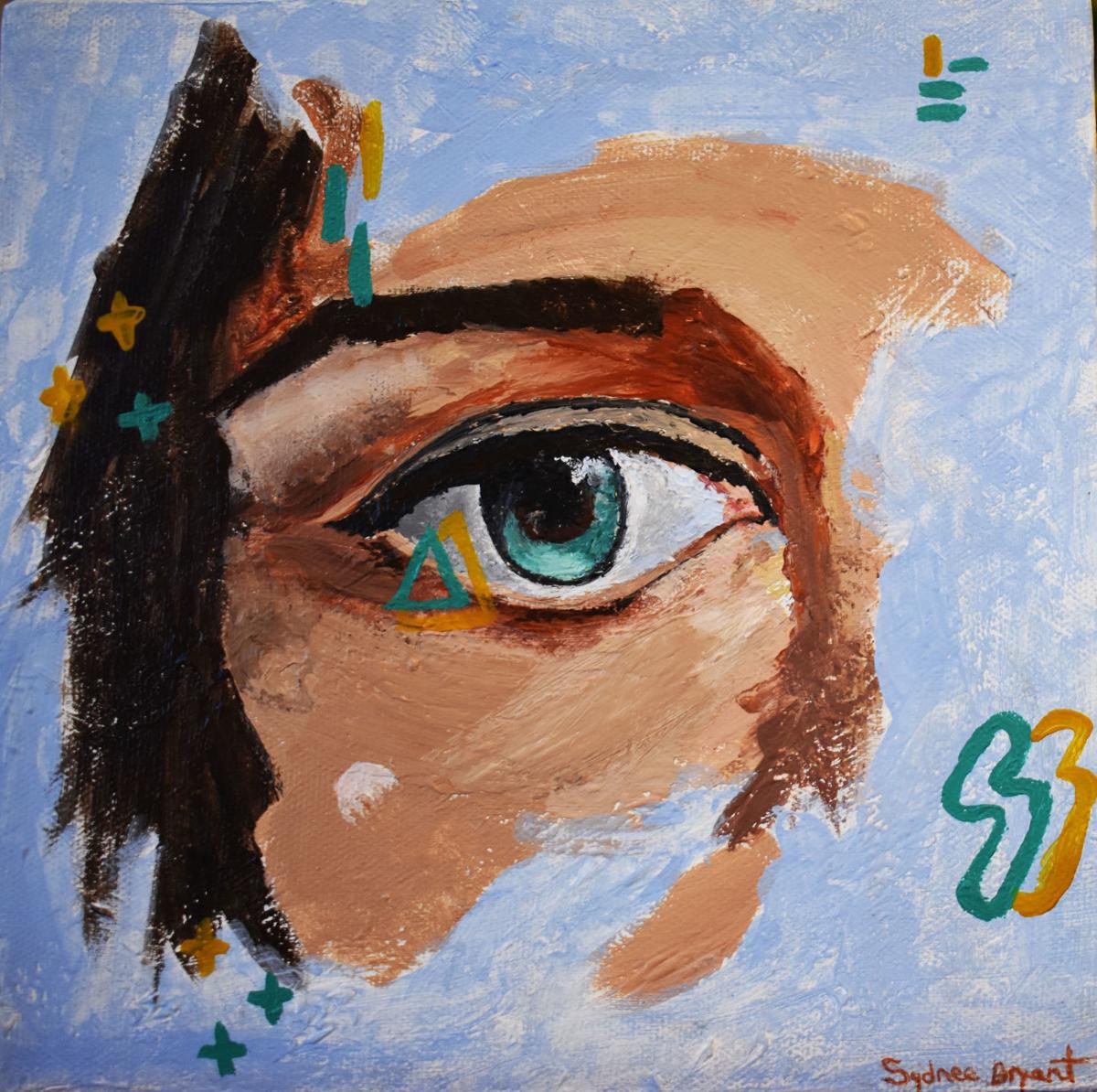 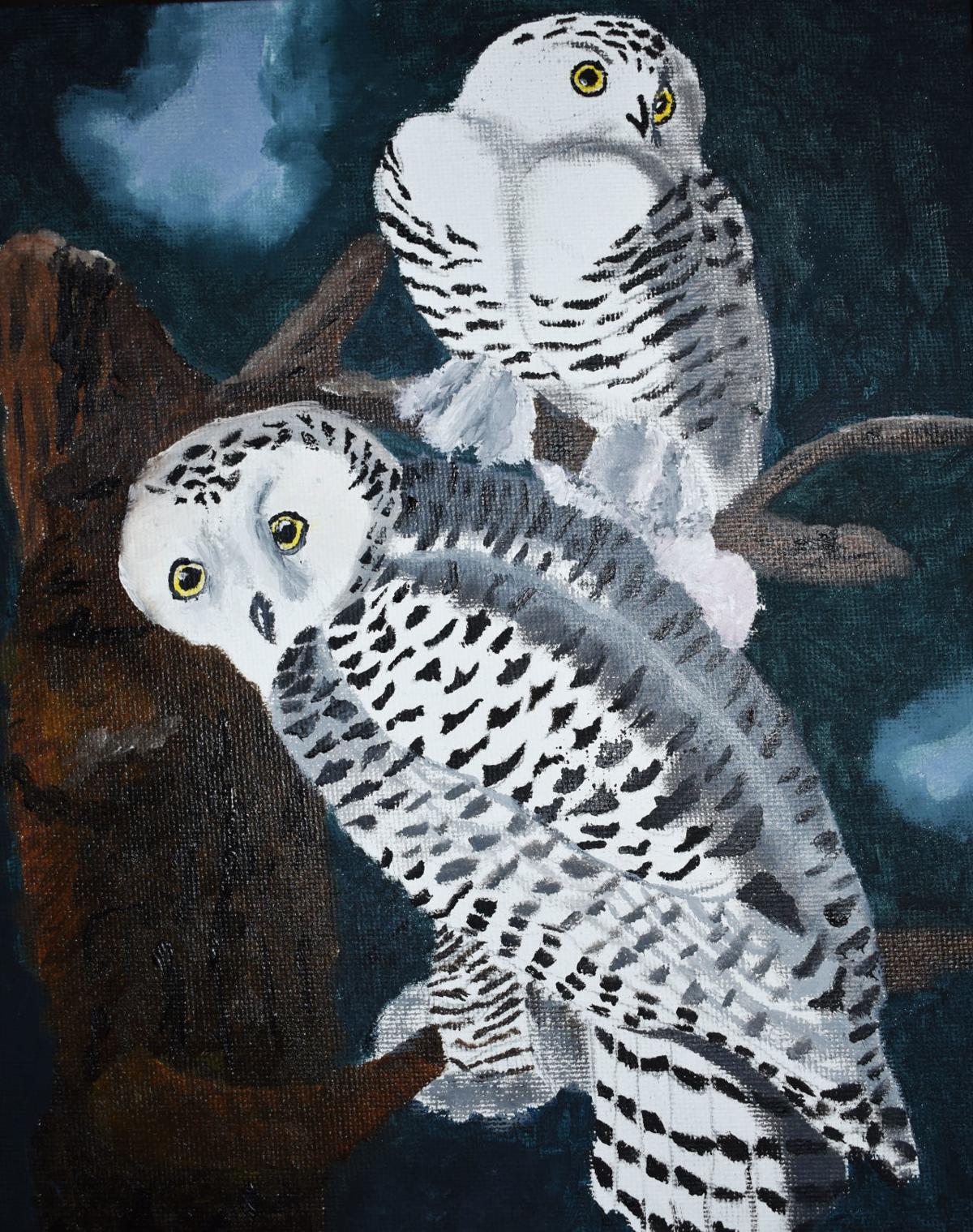 Jasper Johnston plays ‘Whole Lotta’ Shakin’ on the piano for the 2018 shooting stars.

A piece by 11th-grader Aaron Broce is titled "Shred the Gnar."

BOONE — Approximately 71 talent acts of Watauga County Schools students were narrowed down to 28 for the annual Shooting Stars talent showcase on Friday, April 12.

Shooting Stars is a county-wide event presented by the Watauga Education Foundation — a nonprofit made up of a board of volunteers. Funds from Shooting Stars go toward supporting educators who foster a love of learning via grants that are used by classroom teachers.

Shooting Stars will take place at 6:30 p.m. on Friday, April 12, at Appalachian State University’s Schaefer Center for the Performing Arts. Doors will open at 6 p.m. Tickets are $10 and can be picked up at the box office at the Schaefer Center or by visiting theschaefercenter.org/tickets and going to the online box office.

Cassandra Steffen — Shooting Stars performing arts producer — said the show not only showcases a variety of talent, but also the courage of the performers. She explained that students went through talent shows at their individual schools, practiced outside of school as well as competed in closed auditions.

“They’ve had to go through a lot of different steps to get to this point,” Steffen said.

The Shooting Stars show is broken up into two acts — with 14 performances in the first act and 14 in the second. The Watauga High School Honors Choir will open the show.

The next act will be Beethoven’s “Piano Sonata 8 in C Minor” by Oliver Johnston of Parkway. Following Johnston is Grace Young and Zoe Critcher — both of Parkway — with a clogging performance to “Hawaiian Rollercoaster Ride.”

Watauga High School student Lindsey Fletcher will then sing “Somebody to Love.” Olivia Winger and Louie Winger of Blowing Rock, accompanied by John Winger, will then perform “White Freightliner Blues.”

Skylar Moss of Parkway will perform a solo dance act to “Brave.” Following Moss is Moriah Bollman of Parkway singing “Valerie.” Watauga High School student Vincent Troyer is then set to perform “A Bird in a Cage” on the piano. Clayo Kulczyk, from Green Valley, follows with a vocal performance of “Speechless.”

Darla Bachman and Montana Rattler of Blowing Rock, otherwise known as the “Dynamic Duo” will perform a gymnastics routine for the audience. Watauga High School student Hope Langston will follow the Dynamic Duo with a piano and vocal performance of “Broken With You” — an original song.

Joshua Moretz of Green Valley is planned to perform “Solfeggietto in C Minor” on the piano. Students of Blowing Rock — Willa Rupp and Zoey Zagst — will then perform a duet skit, “Anything You Can Do I Can Do Better.” The audience will then see a performance of an Allegro/Russian Folk Song on the piano and the violin by Audrey Shields of Valle Crucis.

Sisters Sophie Helms and Stevie Helms of Green Valley are performing “Count On Me” — a vocal and piano piece. This is followed by a performance of a dance routine to “Better When I’m Dancing” by Ellary Jackson from Hardin Park. Singing “Riptide” and playing the ukulele is Liliana Lemus of Parkway.

Parkway students Korbel Cook, Ellary Smith and Grayson Elliott will be accompanied by Tommy Smith as the Blue Ridge Beanstringers. Lyle Winger from Blowing Rock will follow this act with a rendition of “Folsom Prison Blues“ — accompanied by Louie Winger and John Winger.

Artwork from visual artists is included in the talent showcase. All submitted work is original artwork done by a student or group of students without adult assistance.