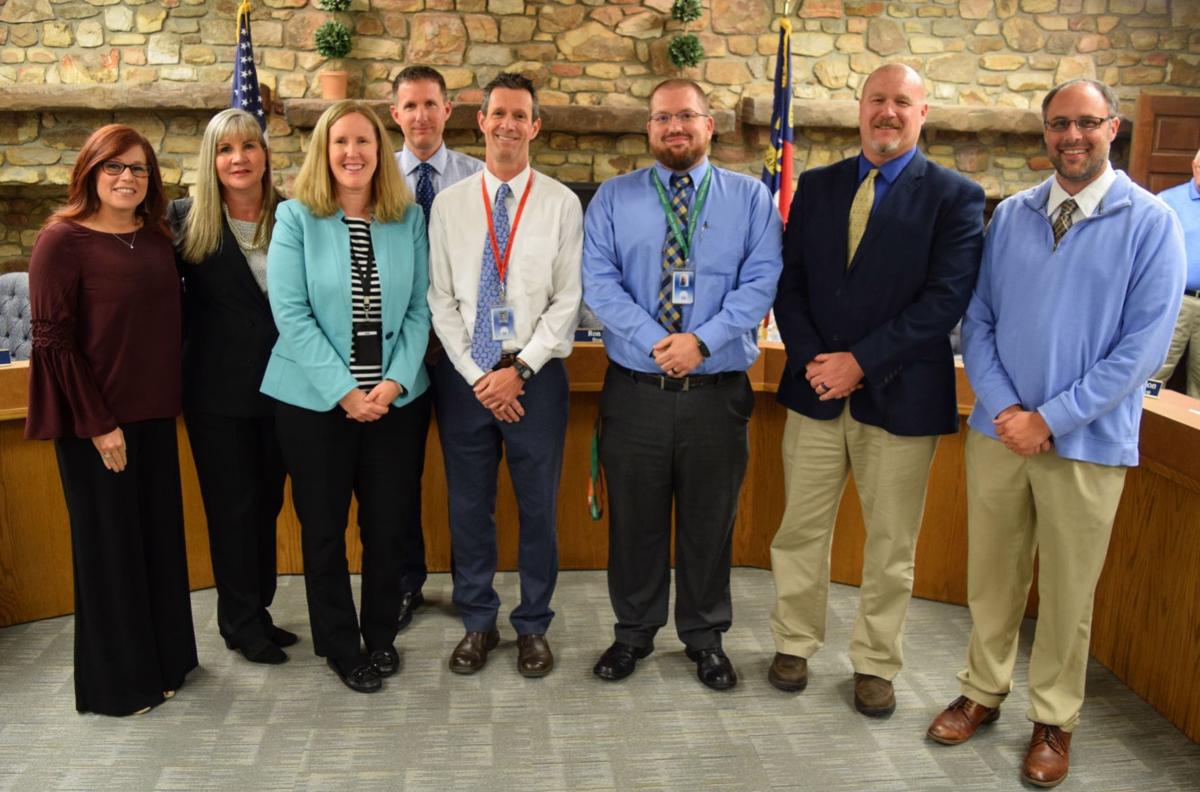 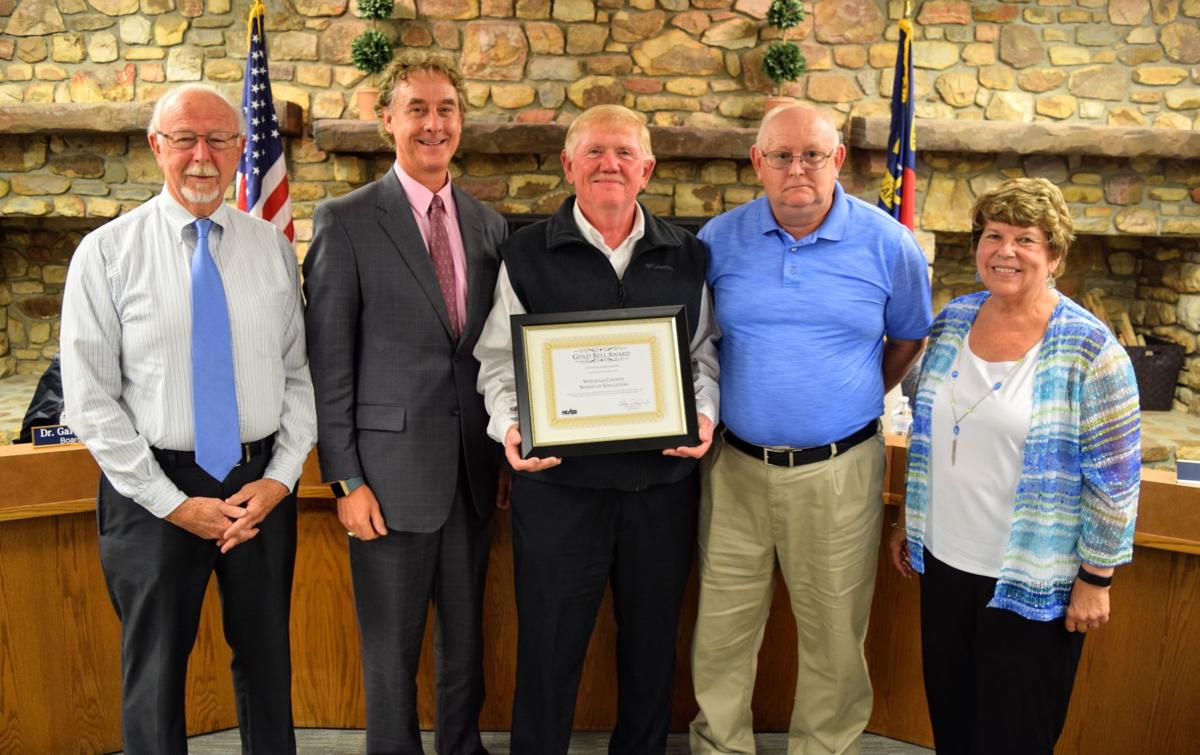 The Watauga County Board of Education was presented with the Gold Bell Award by the North Carolina School Boards. Left to right: Gary Childers, Jay Fenwick, Ron Henries, Steve Combs and Brenda Reese. 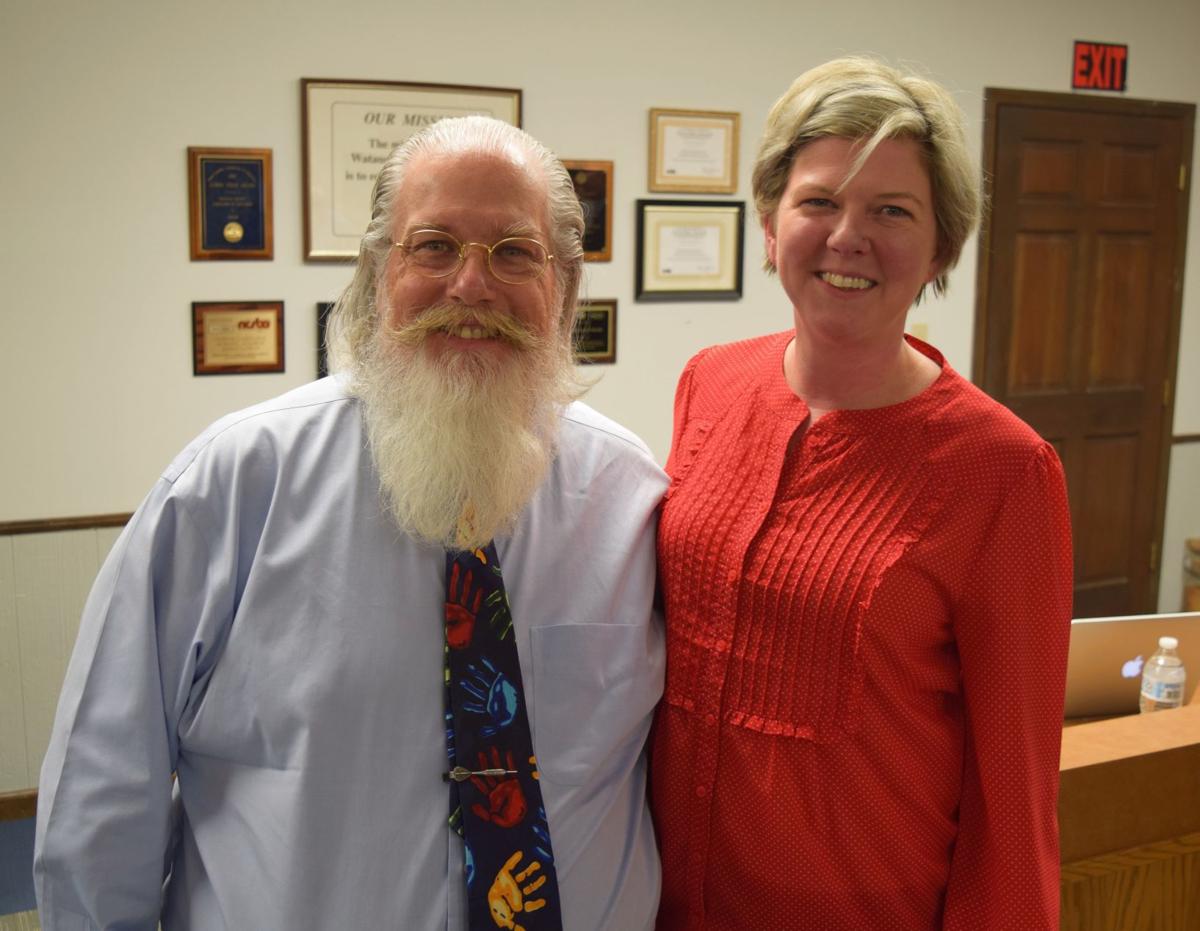 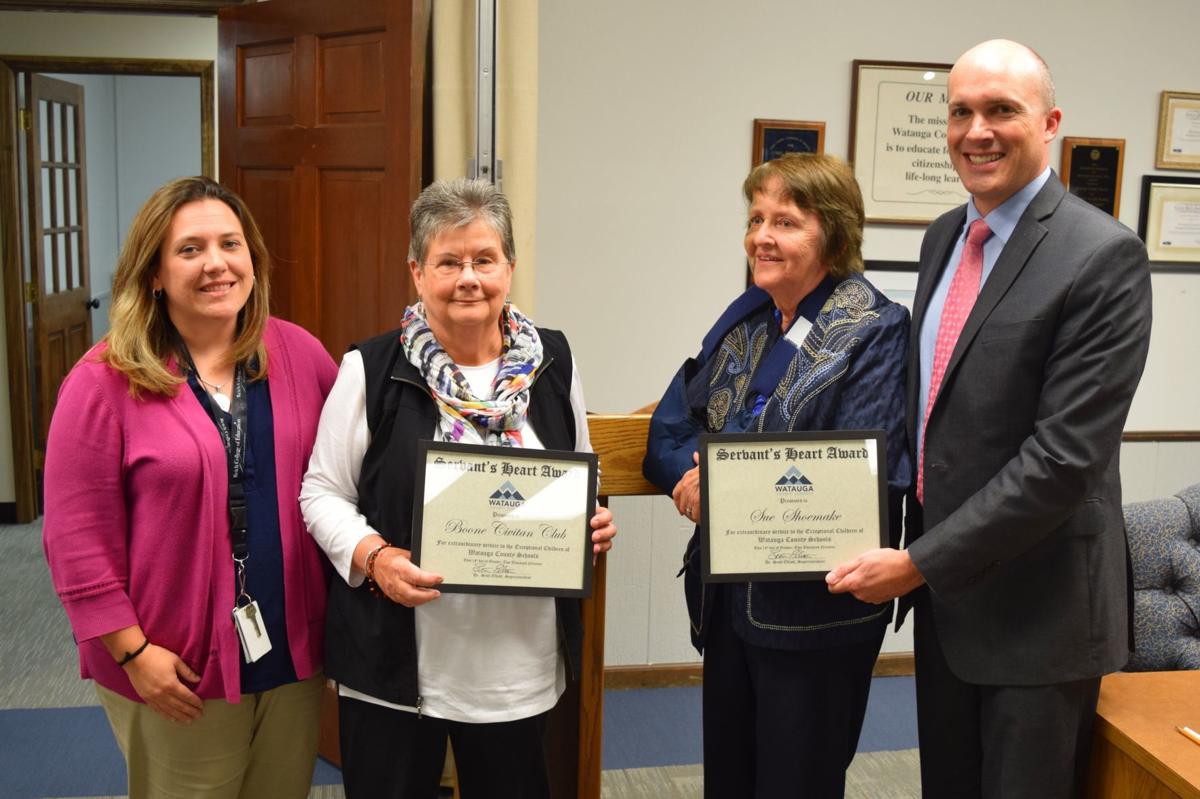 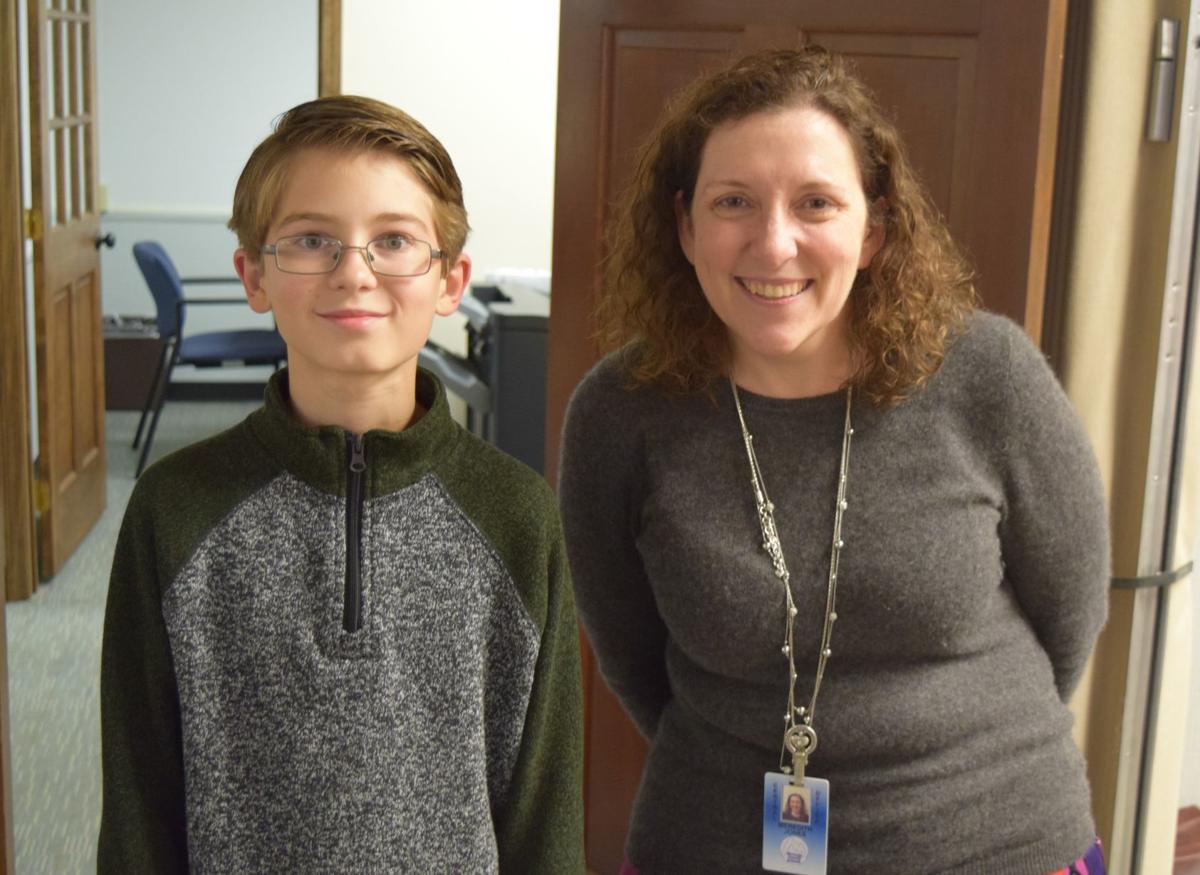 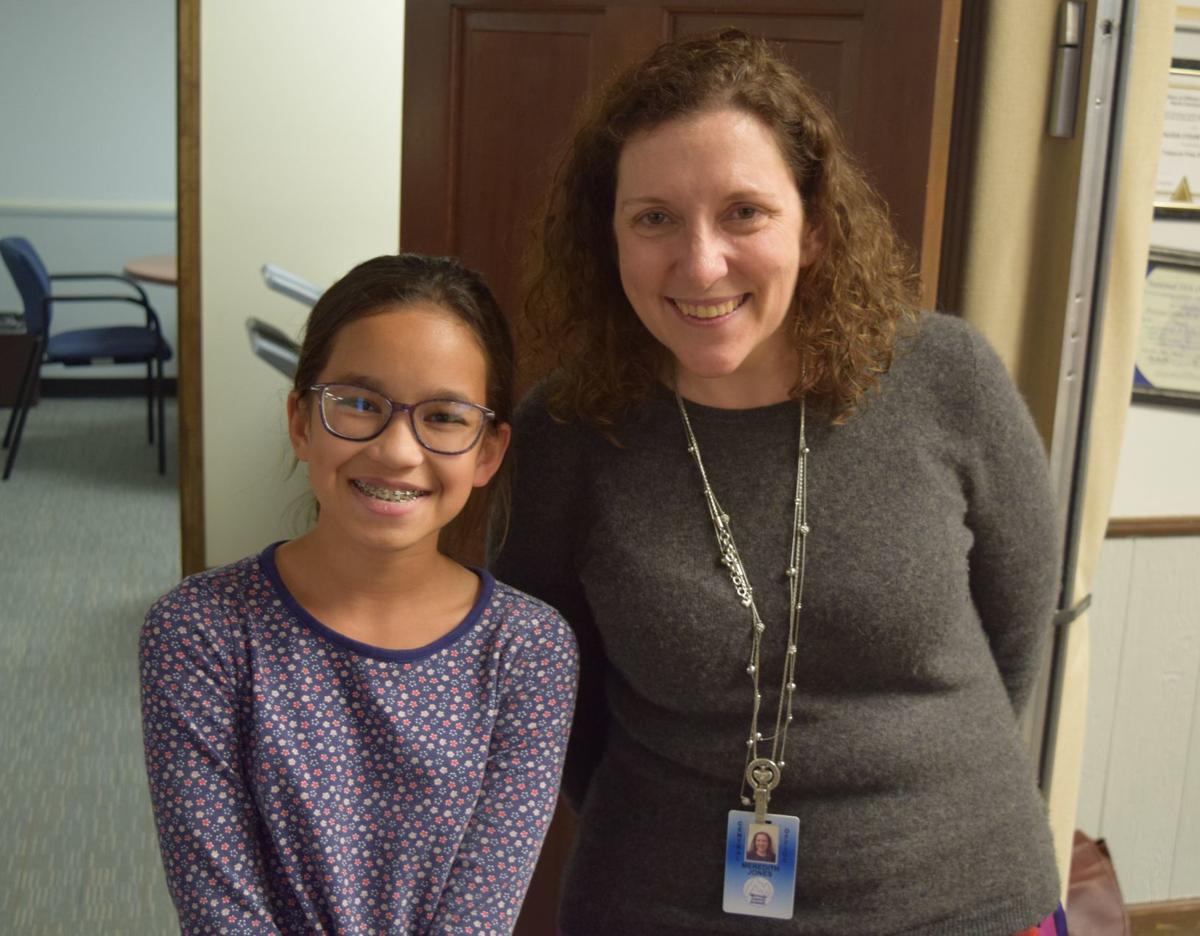 The Watauga County Board of Education was presented with the Gold Bell Award by the North Carolina School Boards. Left to right: Gary Childers, Jay Fenwick, Ron Henries, Steve Combs and Brenda Reese.

BOONE — The Watauga County Board of Education recognized students, faculty, staff and community members for various achievements during its Oct. 14 and Nov. 7 meetings.

Five students were recognized during the October meeting for attending the Gear Up National Youth Leadership Summit in San Francisco, Calif. Gear Up Coordinator Laura Turner said the Watauga students were the only ones representing North Carolina at the summit.

Director of Student Services Paul Holden reminded those in attendance that Gear Up aims to help students achieve enrollment either in a four- or two-year institution upon graduation, enlistment in the military or employment with a livable wage. He expressed his gratitude to Cindy Barr with Appalachian State University, Turner — for helping to structure the program years ago — and Watauga High School Principal Chris Blanton for the success of the program.

The school board itself was recognized with the Gold Bell Award — the highest professional development honor available to boards of education — by the North Carolina School Boards. The award recognizes that all five board members met the association’s highest standards for the completion of training that strengthens their understanding of their roles as board members.

Superintendent Scott Elliott said the state requires 12 hours of continuing education for school boards every two years, and the Watauga board exceeds the 12 hours on a yearly basis. Chairman Ron Henries said each member had between 25 and 30 hours of training this year alone.

“A board of education continually working together for the good of their school means the school system can achieve great things,” Elliott said.

Principals from each of the nine schools in Watauga were recognized in October for National Principals Month. Elliott said he understands how hard each of the principals work and appreciates all that they do for their schools.

Watauga County Schools Director of Exceptional Children’s Programs Mike Marcella recognized WHS EC teacher Cori Braxton as Watauga’s Exceptional Children’s Program Operator of Excellence. Marcella said he solicits nominations from EC teachers as well as central office staff for the award. Braxton graduated with a bachelor’s in psychology from the University of North Carolina at Charlotte and a master’s in special education from App State. She has a licensure focus in emotional behavior disabilities, specific learning disabilities and intellectual disabilities, and has worked at WHS for 13 years.

Susan McKay, Sue Shoemake and the Boone Civitan Club were awarded October’s Servants Heart award for their service to Watauga County Schools. Hardin Park EC teacher Haley Gowdy said it gave her “great joy” to see this award presented. She explained that the Boone Civitan Club has given at least 43 years of service to students by hosting annual fundraisers to support the schools as well as visiting the students around the holidays.

During the November meeting, sixth-grader Clara Lappan was recognized as this year’s winner of the county’s spelling bee. Now a seventh-grader, Sam Nystrom was also recognized as last year’s spelling bee winner who went on to compete at the regional level. WCS Director of Middle Grades Education Meredith Jones said she was proud of both Lappan and Nystrom for their success.