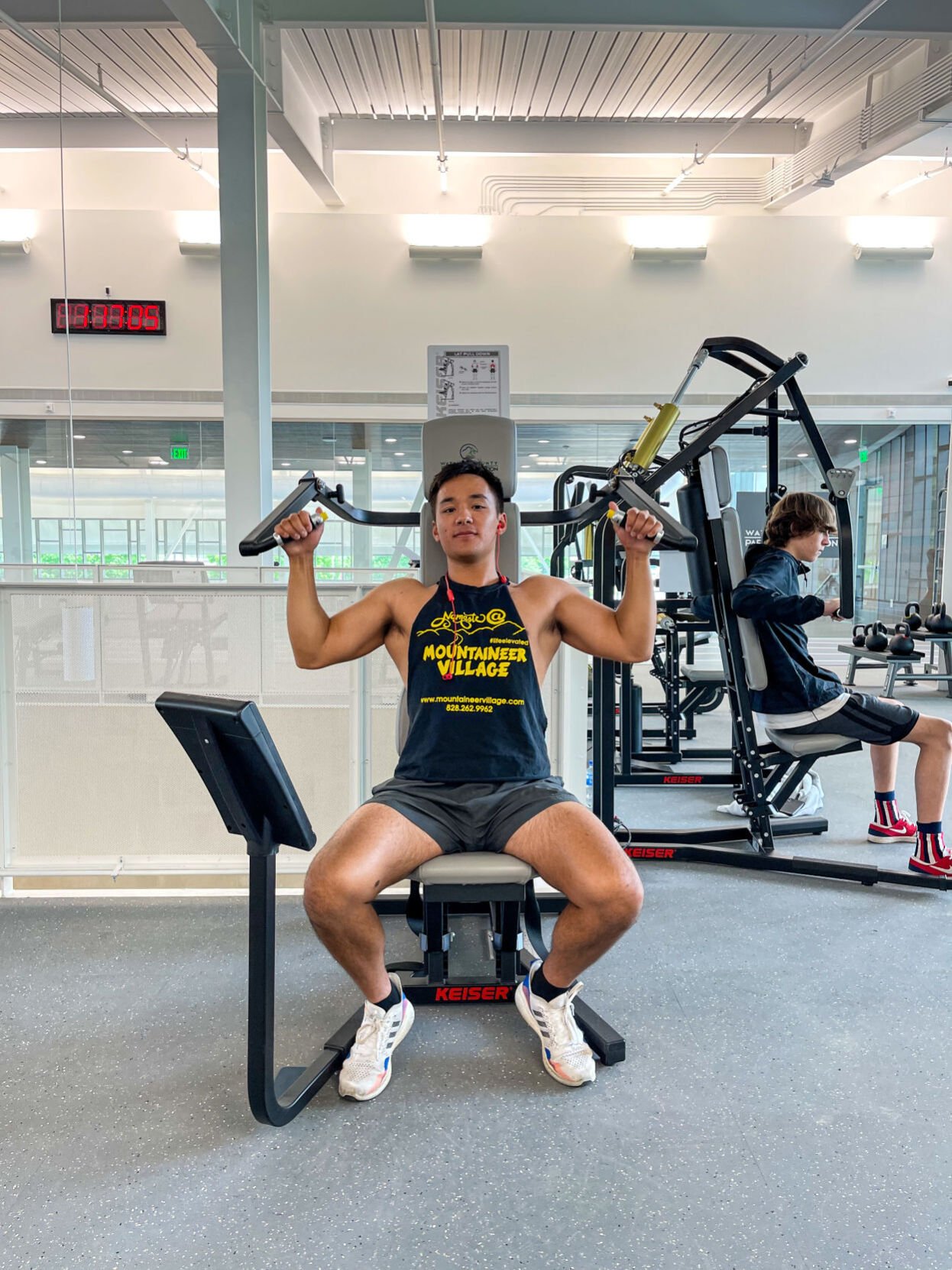 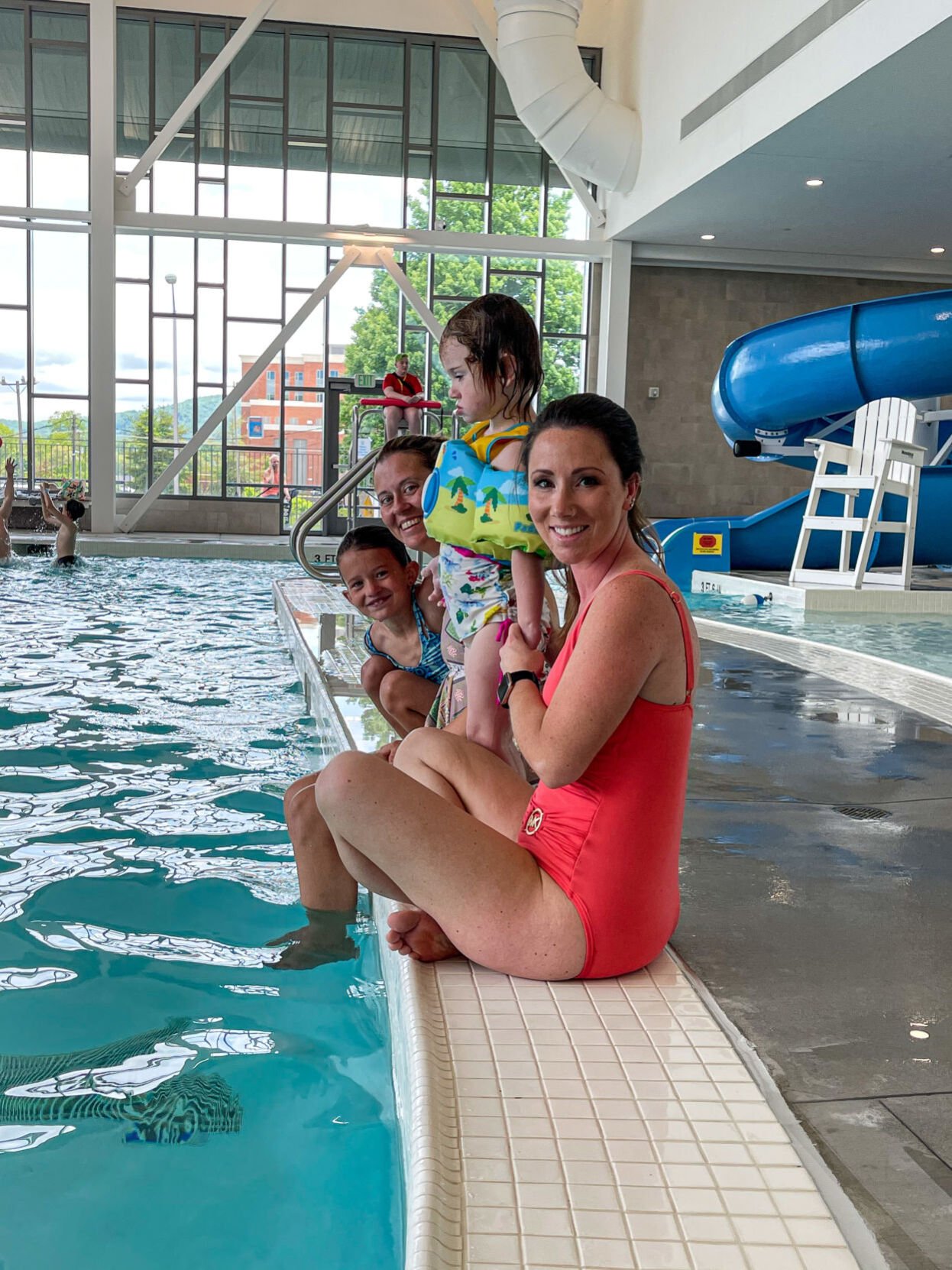 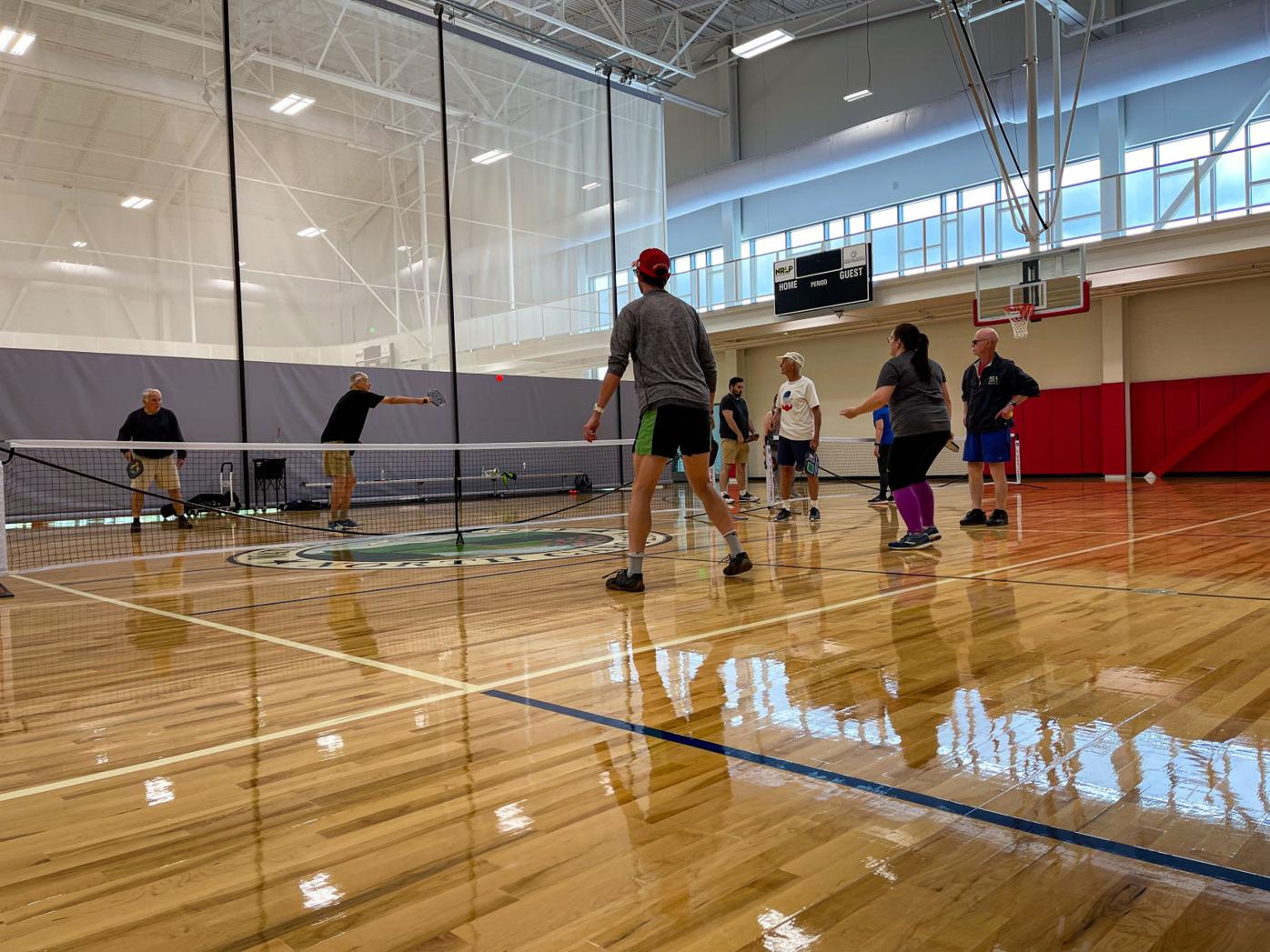 Tom Goodwin and Bruce Comer and others in a beginners pickleball class occupy part of the WCRC gym.

Tom Goodwin and Bruce Comer and others in a beginners pickleball class occupy part of the WCRC gym.

BOONE — Just over one month after it opened to the public, the Watauga Community Recreation Center has already proven to be an asset for the community with between 500 and 1,000 patrons daily, according to Watauga Parks and Recreation Director Stephen Poulos.

Located at the corner of State Farm Road and Hunting Hills Lane in Boone, the recreation center was a project years in the making before it broke ground in October 2018. The facility includes ample gym space, a leisure pool, a competition pool, a walking track, community and meeting rooms and fitness equipment inside. Outdoors will be multiple tennis and pickleball courts, a basketball court and a picnic shelter. Poulos said the hope is to have outdoor courts complete in July.

Poulos said the center has been getting “rave reviews” since it opened on April 26, while the staff has been adjusting to life with the facility.

“People are thrilled with the facility,” Poulos said. “This has been a great addition to the community, it’s a game changer for Watauga County. It’s a tremendous facility and it matches any across the state.”

Poulos noted that while other, larger towns and cities have built multiple facilities across their areas, the Watauga Community Recreation Center serves as an all-in-one facility. Among the included services are the new offices for the Watauga Parks and Recreation department, which has allowed them to keep a close eye on the facility.

“I want to commend my full-time and part-time staff for really stepping up, going over and beyond the call of duty and really doing a tremendous job with the new facility,” Poulos said. “It brought new challenges and new things we’re learning. We’re still running programs we’ve run for years, swim lessons, baseball and softball at summer camps in addition to managing a state-of-the-art, 93,000-square-foot facility.”

The new facility’s amenities not only make it available for old programs, but new ones to be added including fitness classes, Poulos said.

When the facility opened, it carried a maximum capacity of 50 percent due to COVID-19 precautions put in-place across the state by Gov. Roy Cooper.

A significant contributor to the facility being allowed open was the increase in people getting vaccinated. Even before it was open to the public, the rec center was used as a vaccination site, which Poulos said the department takes pride in having a hand in.

The facility has since opened to max capacity, with Poulos and his staff seeing people from all walks of life take advantage of Watauga County’s newest resource.

“We are following the governor’s and the CDC’s directives, of course,” Poulos said. “We are at full capacity as far as facilities and all of that and there’s still people wearing masks, there’s still some people that are not. Out maintenance department has done a great job of keeping the facility clean.”

“I’ve got a gentleman who comes here and works out pretty much every day,” Poulos said. “He pulls up in his car, parks in the handicapped space and comes out with a walker. He’s all by himself, walks upstairs and works out with weights, walking, biking every day. He’s in his 80s and that’s are inspirational to me.”

As for the future of the facility, Poulos was positive, noting the possibilities were, “to infinity and beyond.”

“There’s so many options, it’s just a matter of us evolving, learning and progressing,” Poulos said. “We might have a plan in six months and we may tear that plan up, you have to keep up. The future’s bright. This is great for Watauga County, great for our anyone from an infant to a 99-year-old.”

For more information about the Watauga Community Recreation Center, visit www.wataugacounty.org/app_pages/dept/parksrec/home.aspx, call (828) 264-9512 or visit the facility during open hours. The facility’s open hours are Monday, Wednesday and Friday from 6 a.m. to 8 p.m., Tuesday, Thursday and Saturday from 8 a.m. to 8 p.m. and Sunday from noon to 5 p.m.