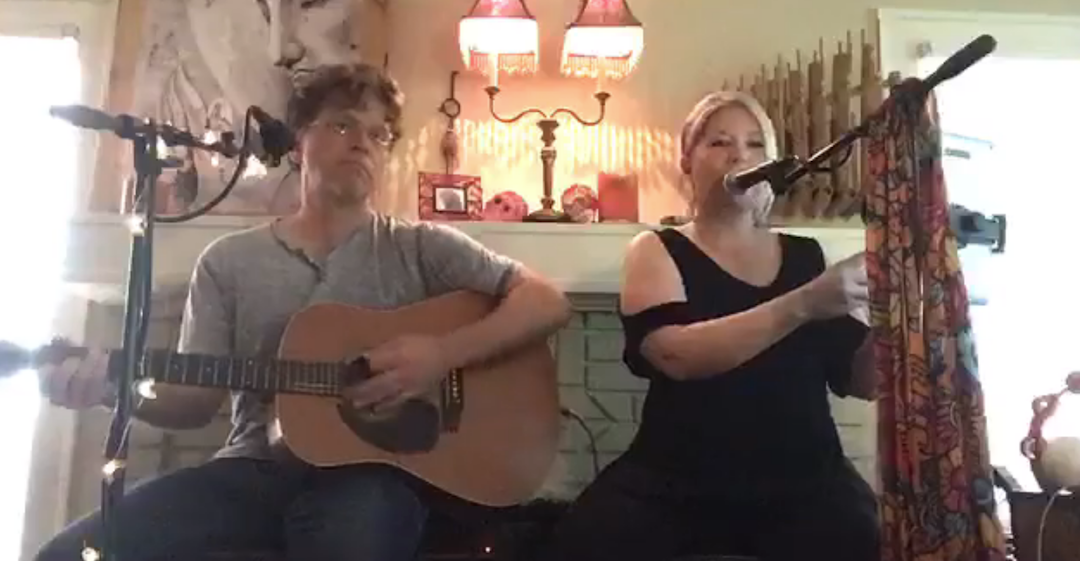 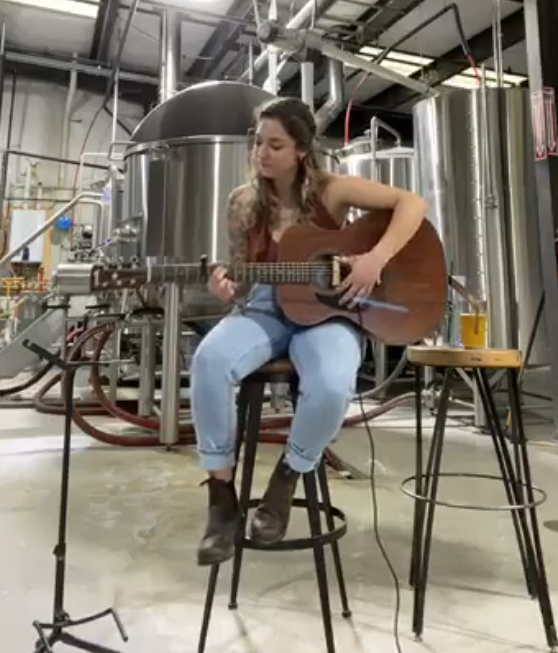 Katie Black performs to benefit Booneshine while sitting in the venue on March 28 as a part of the Virtual Dinner Concert Series.

Katie Black performs to benefit Booneshine while sitting in the venue on March 28 as a part of the Virtual Dinner Concert Series.

BOONE — In the face of the COVID-19 outbreak and a canceled vacation to Costa Rica as a result, Michael Greene was searching for a way to give back to the High Country community when he and his wife came up with the idea of the Virtual Concert Dinner Series.

The series combines two aspects of regular life in Boone for most individuals, bringing together food and music during a time of social distancing and dine-in restaurant closures.

The process that Greene has set up allows musicians to stream from their personal Facebook profiles to the Virtual Concert Dinner Series Facebook page at www.facebook.com/BooneRelief.

Additional details about the benefitting restaurant, its GoFundMe page, artist details and their tipping platform are listed in the stream’s details and comment section. All proceeds raised through the Virtual Concert Dinner Series benefit the featured restaurant’s servers or go directly to the performing musician or groups.

According to Greene, most artists are opting to use services such as Venmo or CashApp to receive tips from their performances.

The first stream of the series took place on March 25 and was performed by Tyla & Ed and benefited The Local of Boone.

Greene says that throughout the stream, viewers were communicating with one another and the artists through the comment section of the stream while still physically social distancing.

The inspiration behind the Virtual Concert Dinner Series came from Greene’s experiences of both being a restaurant server and a musician.

“The goal is to help raise money for servers who have seen a drop in the number of their shifts and help local musicians who have lost gigs at the same time,” Greene said.

“It gives people a sense of regularity — getting dinner, hearing music and leaving tips, just like they normally would.”

In the beginning, Greene used his connection to other artists to line up a number of national musicians, but as the Virtual Dinner Concert Series Facebook page gained local popularity, several national talents have been replaced with locals.

“The news within the artist community has spread quickly,” Greene said, noting that local talents, such as Kyle Sigmon, reached out to him because they thought the series was a unique idea to provide relief.

Entertainers are largely performing from their individual homes, while some have strong connections to unite the community on multiple levels.

For example, Katie Black, who performed on Saturday, March 28, from the Virtual Dinner Concert Dinner Series Facebook page, is a local musician who works at Booneshine and played the benefit show for the restaurant from the venue.

Greene says for the series to be successful going forward and be truly beneficial to the community, all involved parties have to promote the events.

Restaurants that are interested in participating to receive additional compensation for their servers can reach out to Greene by messaging the series page at www.facebook.com/BooneRelief.

“I’m having a lot of fun doing this, and I can see it continuing after the pandemic,” said Greene, adding that he’s even open to working with area bars or venues who aren’t offering take-out but are facing hard times during the COVID-19 pandemic.

Community members who are interested in tuning into the concerts should like the Facebook page to see updates and find the currently scheduled performances. Previous streams are automatically posted to the page when the artist stops streaming for community members to enjoy any day of the week, ideally with takeout from their favorite local restaurant.

The next live stream is scheduled to take place from 7-8 p.m. on April 1, performed by Kyle Sigmon to benefit Lost Province.

A performance by Chuck Duncan to benefit Mike’s Inland Seafood is set for 7-8 p.m. on Thursday, April 2.

More information about the series and its lineup is available on Facebook at www.facebook.com/BooneRelief.

The following steps are a community member’s guide to participate in the Virtual Dinner Concert Series, as provided on the series’ Facebook page at www.facebook.com/BooneRelief.