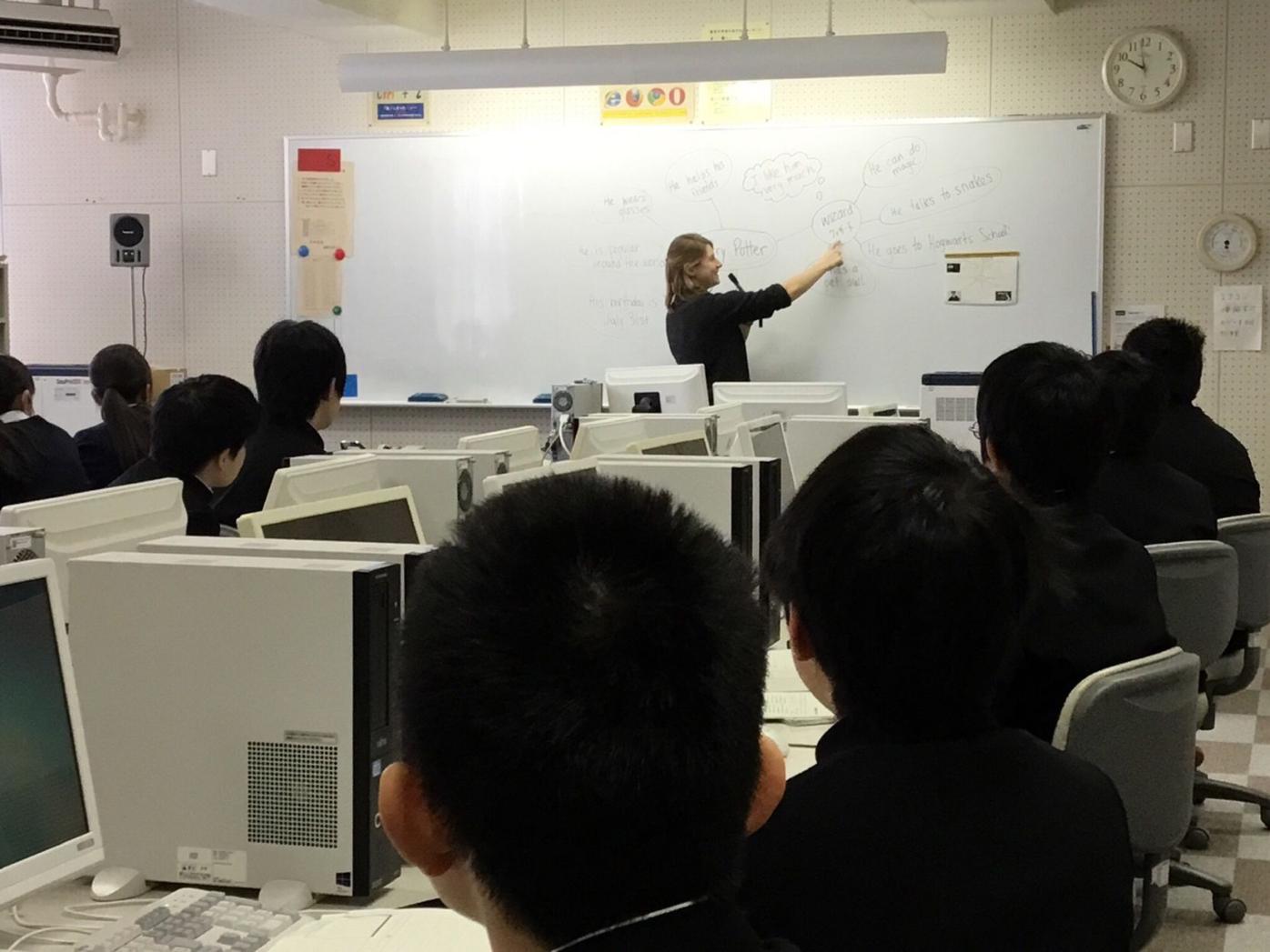 Julia Roberts works in Sapporo, Japan, as an English teaching assistant for middle-grade students in December 2019. 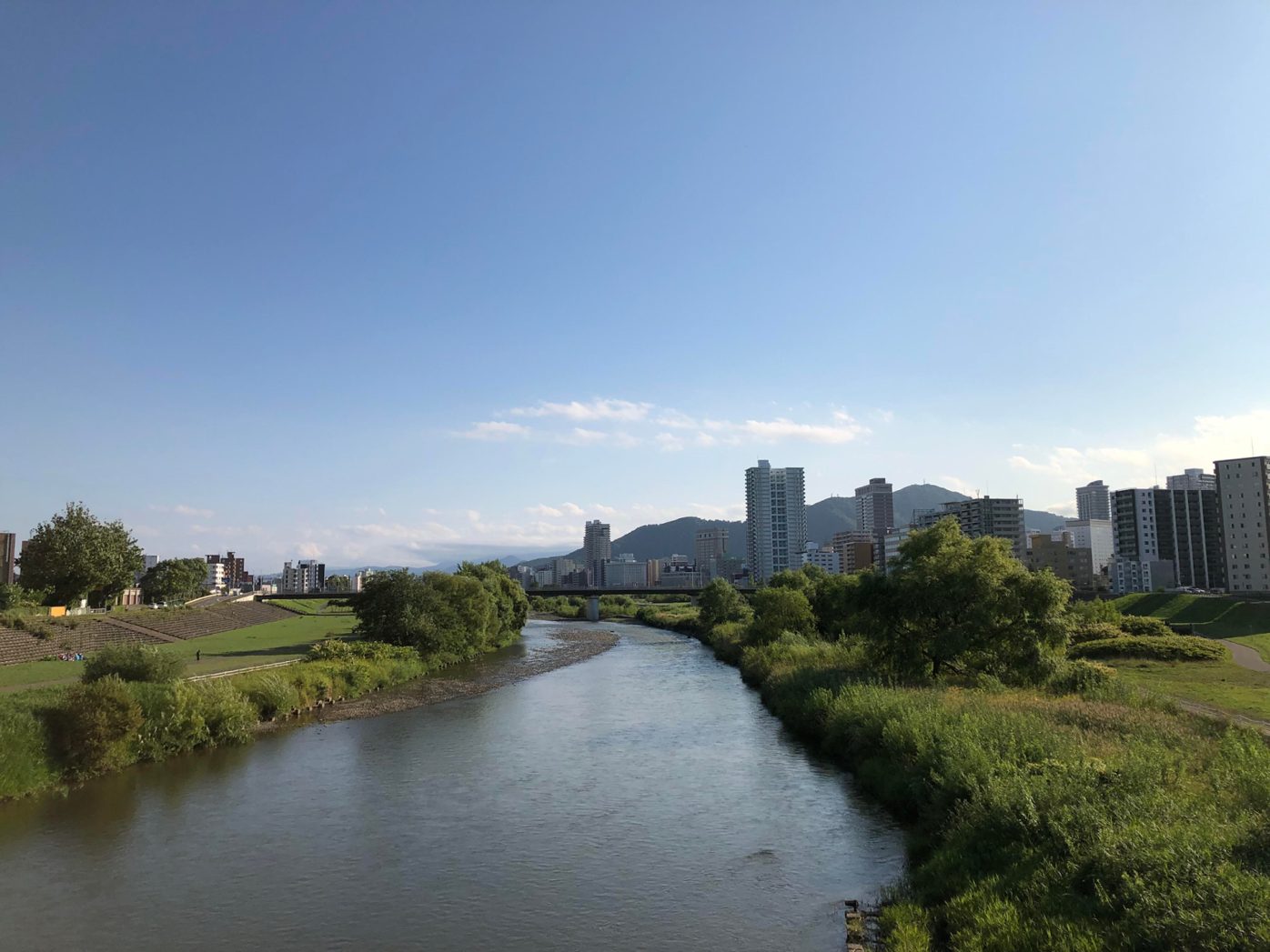 Roberts often started her first months in Japan with a morning run along the Toyohira River Greenway Trail. 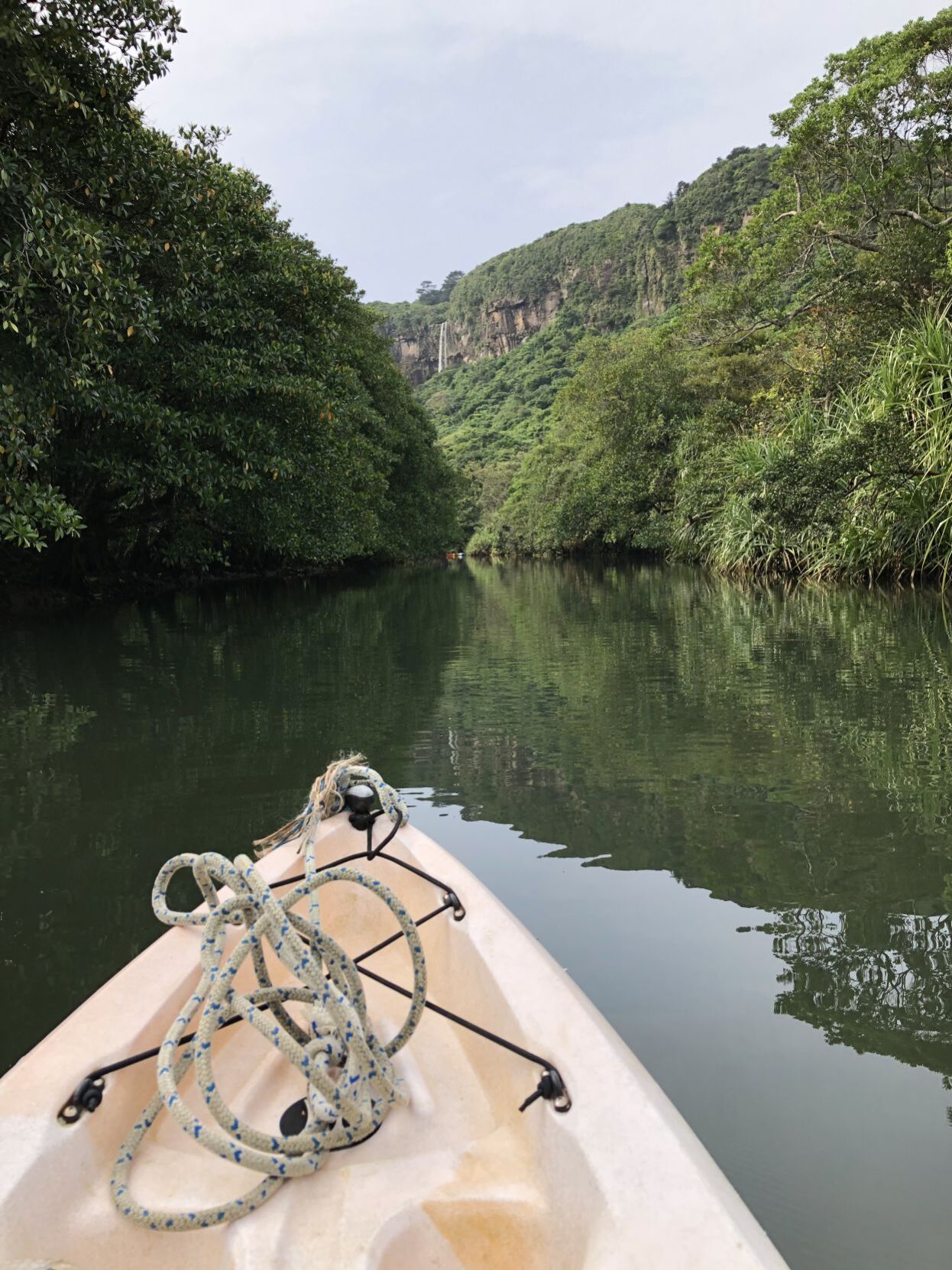 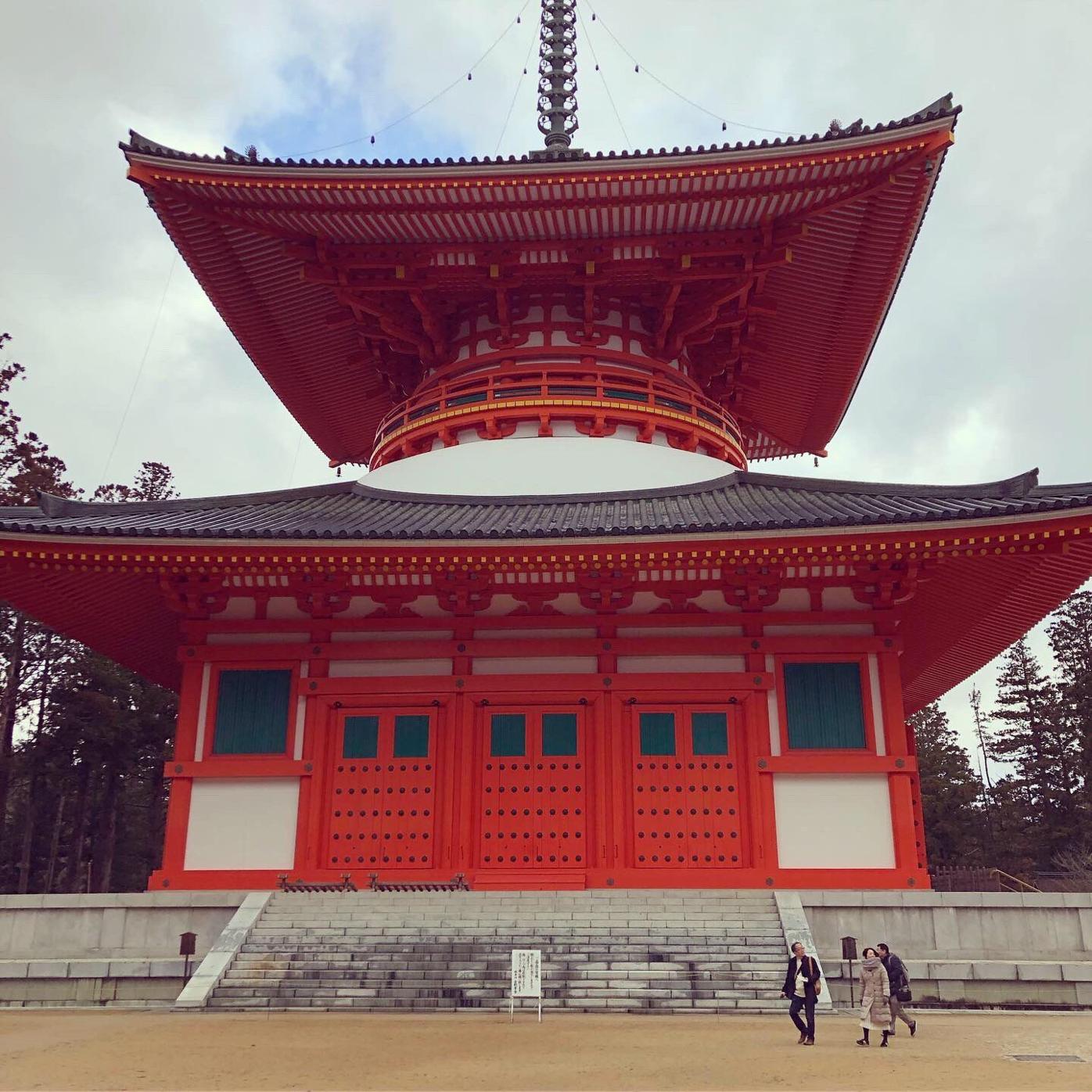 Julia Roberts celebrates the New Year in Japan with ‘a morning fire ritual and a New Year ceremony, which involved the continuous ringing of an enormous outdoor bell by saffron-robed monks.’

Julia Roberts works in Sapporo, Japan, as an English teaching assistant for middle-grade students in December 2019.

Roberts often started her first months in Japan with a morning run along the Toyohira River Greenway Trail.

Julia Roberts celebrates the New Year in Japan with ‘a morning fire ritual and a New Year ceremony, which involved the continuous ringing of an enormous outdoor bell by saffron-robed monks.’

FOSCOE — Foscoe native Julia Roberts returned to the High Country at the beginning of August following a year of student teaching in Sapporo, Japan, as a part of the JET Program, which is a program that allows student teachers to teach in Japan for a year.

Now, as she spends a number of weeks in the High Country before setting out to complete her master’s degree program at the University of Cambridge, Roberts said that each day in Japan, she learned something new, and she carries those lessons with her constantly.

“Upon arriving in Japan, I found everything around me to be a chaotic blur of indecipherable and meaningless symbols. With time, perseverance and assistance from kindhearted and hospitable Japanese friends, I began to make sense of the foreign world around me. That process is at once intoxicatingly empowering and extremely humbling,” she said. “Each and every day taught me something new about what it means to be human and what it means to be ‘Julia.’”

Remembering a number of experiences she had in Japan, including exploring Hokkaido and Kyoto, managing a proper tea ceremony and creating ikebana flower arrangements, Roberts said she had her life brightened by the incredible hospitality of so many coworkers and friends.

“I would say that I entered Japan as an infant in an adult’s body — knowing nothing of the meaning of the world around me or proper way to behave in that world — and left as a toddler: still clueless in so many ways but older and ever so much more slightly wiser,” she said.

As Roberts experienced the peak of COVID-19 cases in Japan during the spring and is now back on American soil, she said that there are several differences in the way that America and Japan have handled the virus.

“Needless to say, from the beginning of the outbreak to my final return home, COVID-19 completely transformed my experience abroad. Once home, it was odd to find the familiar so altered. By the time of my return in August, everyone in Boone had more or less adjusted to the crisis and modified their lives around this new reality,” Roberts said, noting that “learning the new rules of this new reality,” which includes services like curbside pickup, modified store hours and unpredictable shipping times, has been “interesting.”

“One major difference between the COVID-19 response in Japan and that of the U.S. has been the response to the public health need to wear masks. In Japan, no one seemed to question the need to wear masks to protect their neighbors.” Roberts said. “I have been extremely surprised and disappointed by the debate around masks here.”

Additionally, Roberts said that traveling home to the High Country during the pandemic was one of “the most stressful” journeys she’s made.

“Leaving from a nearly deserted international terminal in Tokyo, facing constant temperature checks and special sanitation procedures throughout the transit process, and returning home with the knowledge that I could be carrying a deadly disease to my parents made the journey the most stressful of any I’ve taken before,” she said.

Regardless, she was elated to return to her homeland when she arrived in Atlanta to begin the final stretch to the High Country, saying that she “was smiling uncontrollably beneath my mask.”

“As tense and partisan as America feels right now, it’s still the homeland that I love and cherish. These are still my people. America has such a great diversity of people, and we are so loud and expressive in comparison to the Japanese,” Roberts said. “As I walked around between flights, I just soaked in the sights and smells and sounds of home, and it felt truly wonderful.”

While Roberts said that each experience she had in Japan taught her something about either herself or the world, the one she’s focusing on most right now is emphasizing the beauty of harmony.

“For example, it was my perception while in Japan that Japanese society typically places greater emphasis on the values of harmony and group stability than the values of individual expression or individual autonomy,” she said. “It’s my feeling that in American culture it is typically the other way around. While group harmony may be valued in America, it is often considered secondary to the rights of the individual.

“During my short year living and working in a society which prioritizes harmony and stability, I was moved by what I felt were the fruits of this value system; there was greater peace and civility in the classroom, the workplace, the neighborhood and the nation. Certainly much is sacrificed when the group is prioritized over the individual, and Japan is certainly far from a utopian society, but I was truly impressed by some of the significant differences between American and Japanese society,” said Roberts. “I will not soon forget the benefits of the Japanese value system I observed.”

Roberts said that one thing from Japan she missed upon her arrival home was the “extremely cautions, courteous and alert” drivers.

“Getting back on the roads here, I am shocked by how distracted, hasty, and wild American drivers seem to be in contrast,” said Roberts. “I miss that feeling of being able to trust the other drivers on the road and drive calmly.”

On Sept. 13, Roberts was scheduled to journey to University of Cambridge in England to begin her master’s degree of philosophy in social anthropology. Eventually, she said, she wants to conduct cross-cultural research between Japan and America.

“I’m fascinated by humanity and want to study the various ways we find meaning and create order in various societies across the world. Cambridge has made modifications for COVID-19, and the academic term is scheduled to start on time,” Roberts said. “The plan will be blended learning with a safe mix of social distanced seminars and online lectures.”