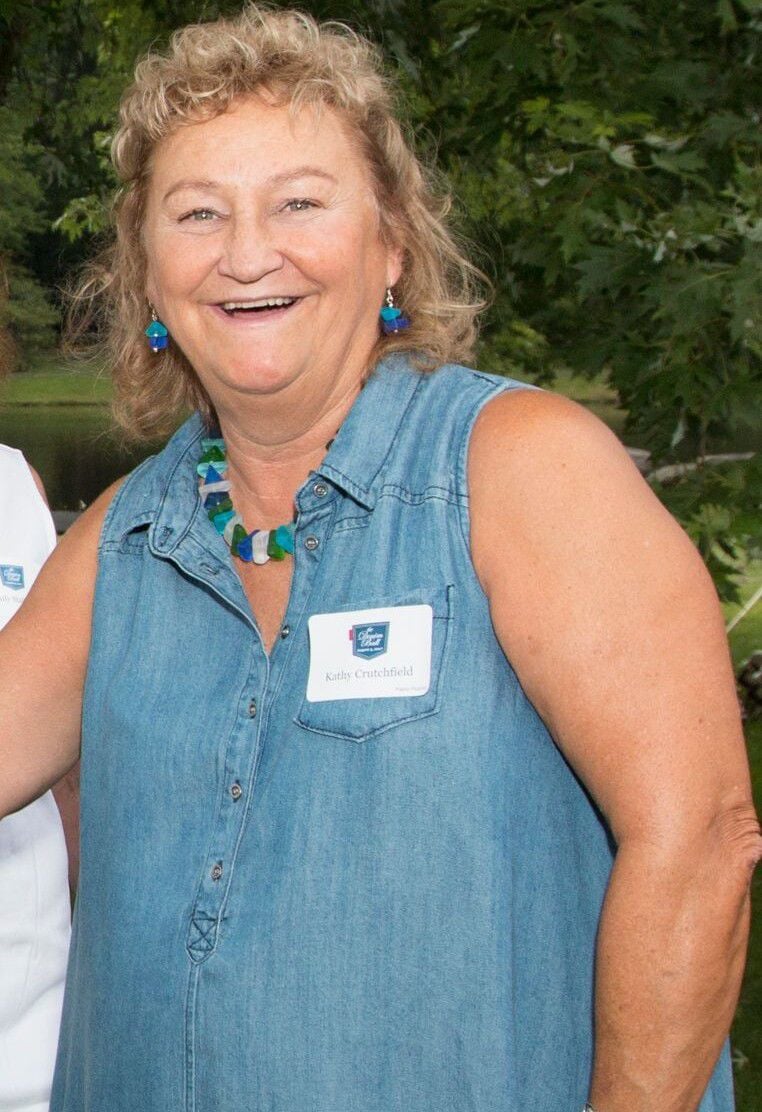 Kathy Crutchfield poses at the 2017 Denim Ball, for which she was a committee member. 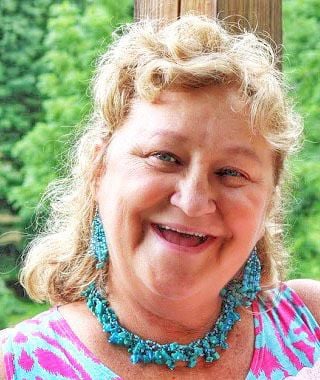 Kathy Crutchfield poses at the 2017 Denim Ball, for which she was a committee member.

BOONE — Local nonprofit and charity stalwart Kathy Jo Gore Crutchfield died on Sept. 1 in Winston-Salem after a short battle with cancer at the age of 65.

“Her contribution to our community is immeasurable,” said Amber Bateman, founder of the Boone-based group Quiet Givers, which spawned the Back 2 School Foundation. “I can’t imagine life here without her ... every time I’d go to (a nonprofit/charity) event, she was there.”

“There will be no replacing Kathy Crutchfield; she left her mark on our community,” said Todd Carter, director of development at Hospitality House and Back 2 School Festival organizer.

Born Dec. 30, 1953, in Whiteville, Crutchfield attended the Governor’s School and then the University of North Carolina at Chapel Hill, where she majored in education. In 1976, Crutchfield met her future husband Brian at a volleyball game and the two married the following year. The couple lived in Knoxville, Tenn., where she worked as a travel agent and stay-at-home mom to two children, Kate and Evan.

The family moved to Boone in 1988 and Kathy soon got involved in many local nonprofits while working as director of Mountain Pathways School and as a youth speech language pathologist in Wilkes County.

“Kathy Crutchfield brought happiness, light and joy to our community and our personal lives,” said Willa Mays, chief development officer of the Blue Ridge Parkway Foundation. “She was generous and hard-working for many organizations, including serving on the Blue Ridge Parkway Foundation benefit for Moses H. Cone Memorial Park Denim Ball committee for two years. She not only served on the committees for several fundraisers but also truly enjoyed the events as well. She will be greatly missed.”

“She gave herself to the very end,” said Angela McMann, director of mentoring for Western Youth Network. “She was a beautiful, kind woman. If you’re going to live a life that’s full and beautiful, that’s the way to live it. I think she did it.”

Along with helping out with organizations such as the Women’s Fund of the Blue Ridge, Western Youth Network, High Country Beer Fest, The Appalachian Theatre, Hospitality House of the High Country, the Blue Ridge Parkway Foundation and much more, Crutchfield is known as one of the founders behind the Back 2 School Festival, which has grown into providing school supplies and clothing for more than 1,100 Watauga County students as of 2019.

Crutchfield took part in the 2019 Back 2 School Festival on Aug. 10 at Watauga High School.

“The last time I talked with her … she was buying 500 pair of shoes for this year’s Back 2 School Festival,” Carter said. “She was going to make sure that every child had shoes.”

"Kathy Crutchfield didn’t just help with the Back 2 School Festival; in many ways, she was the Back 2 School Festival," a Sept. 3 statement from the Back 2 School Festival board stated. "For eight years, she worked to make certain every child had what they needed to start school. It was personal for her. Kathy picked out each pair of shoes or shoe gift card, sorted them, and stored them at her home through the year until festival day. This year, that was 925 pairs of shoes. As the festival grew, she encouraged us to take leaps when leaps were needed and to hold fast to the simple purpose of the festival — making sure the kids felt comfortable and loved and that they had the tools they need to start school on a trajectory for success."

Bateman said that the first year of Back 2 School Festival, Kathy became an integral part of it.

“The first year we organized Back 2 School Festival, Kathy was a volunteer from a women’s group, now the Women’s Fund of the Blue Ridge, we reached out to help us organize and display clothing so kids could have a dignified experience ‘shopping’ for clothes to prepare for the new school year,” Bateman said. “She showed up to almost every planning meeting we had, she contributed tirelessly to our cause. You could always count on Kathy to have an opinion, but she never quit because of a disagreement.”

“Kathy was a shining example of selfless service,” Bateman said. “She did what needed to be done without thinking twice about her own needs or desires. It didn’t matter if a task fit her skill set or not; if it needed to be done, she did it.”

“Countless children went to school feeling confident and prepared because of her selfless service,” Bateman added.

“Some people talk a big game, Kathy achieved a big game, she’s a doer, she got stuff done,” Carter said. “She loved our community. Not just loved it from the outside, but loved it in the trenches getting stuff done.”

“After retirement, she learned how to fuse glass and her colorful and beautiful glass bowls, jewelry and Christmas ornaments were cherished in the community,” Crutchfield’s obituary stated.

“She did amazing glass work and made some really beautiful pieces that were shared at various fundraisers,” McMann said. “She was willing to share her work.”

Crutchfield’s obituary noted that she loved to travel with her husband, visiting the Pacific Northwest, Greece, Australia, New Zealand and this time last year, Yellowstone.

“Her favorite place of all was relaxing on the beach with her toes in the sand as the waves rolled in,” the obituary stated.

Kathy is survived by her husband, Brian Crutchfield of Boone; daughter Kat Benson of Durham, son-in-law Randy and grandchildren Elliot and Ruby; son Evan Crutchfield of Asheville, daughter-in-law Leigh Ann and grandchildren Juniper and Elliana; Aunt Betty McPherson of Winston-Salem; cousin David McPherson and his wife Vanessa of Charlotte; and cousin John McCaskey of Cornelius. She is preceded in death by her mother, Pauline Curtis of Hopewell, Va.; her grandmother Emma McPherson of Whiteville, and her cousin Laura Jane McCaskey, of Cornelius.

The funeral will be held at 2 p.m. on Sunday, Sept. 8, at Boone United Methodist Church, 471 New Market Blvd., Boone, with a reception to follow.

In lieu of flowers, contributions may be made to her favorite charity, the Back 2 School Festival, at www.back2schoolfestival.org/donate or by mail at P.O. Box 102, Boone, N.C., 28607.

“We can honor her in the works we do, and I encourage people to get out and volunteer,” Carter said.