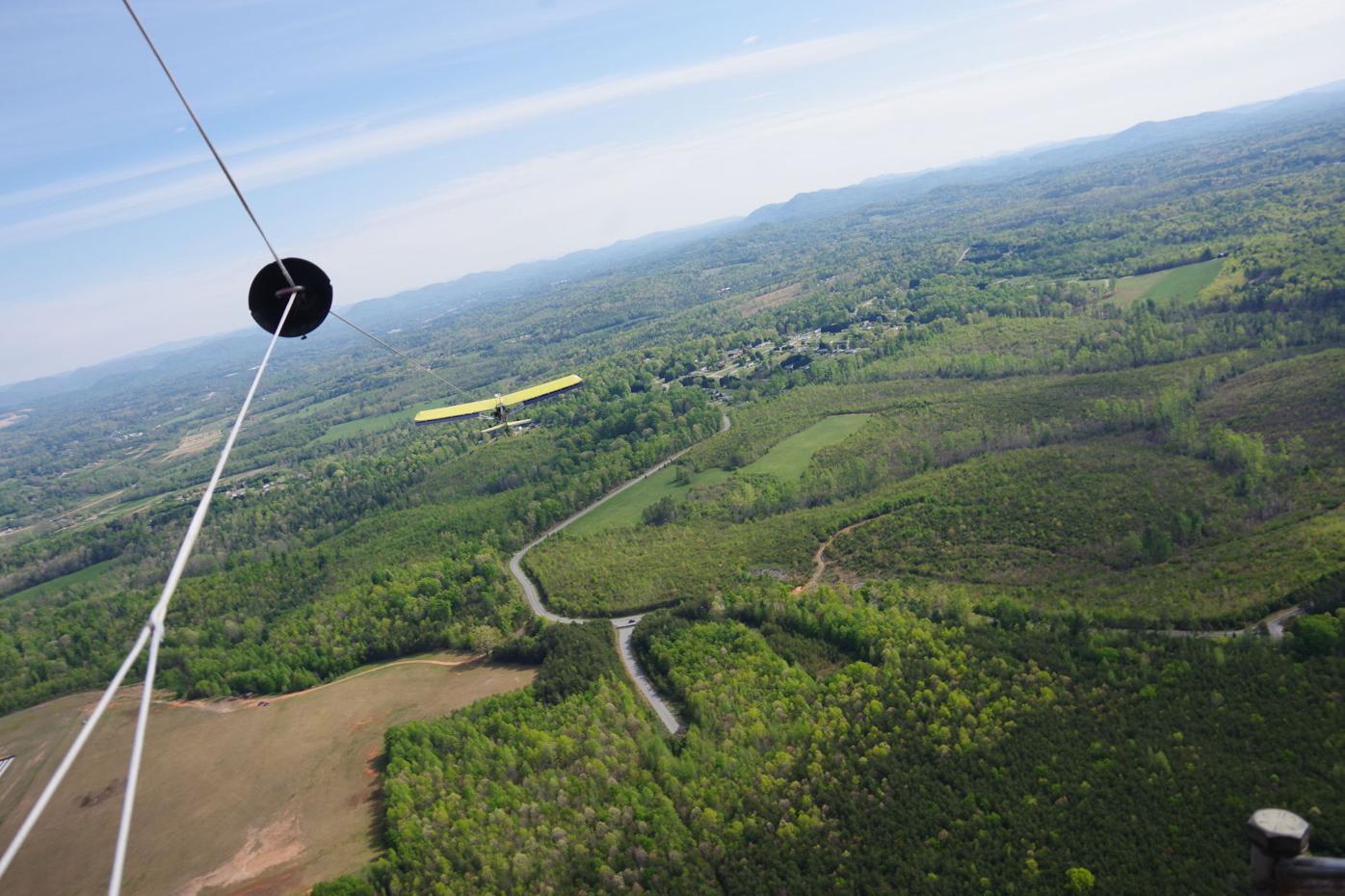 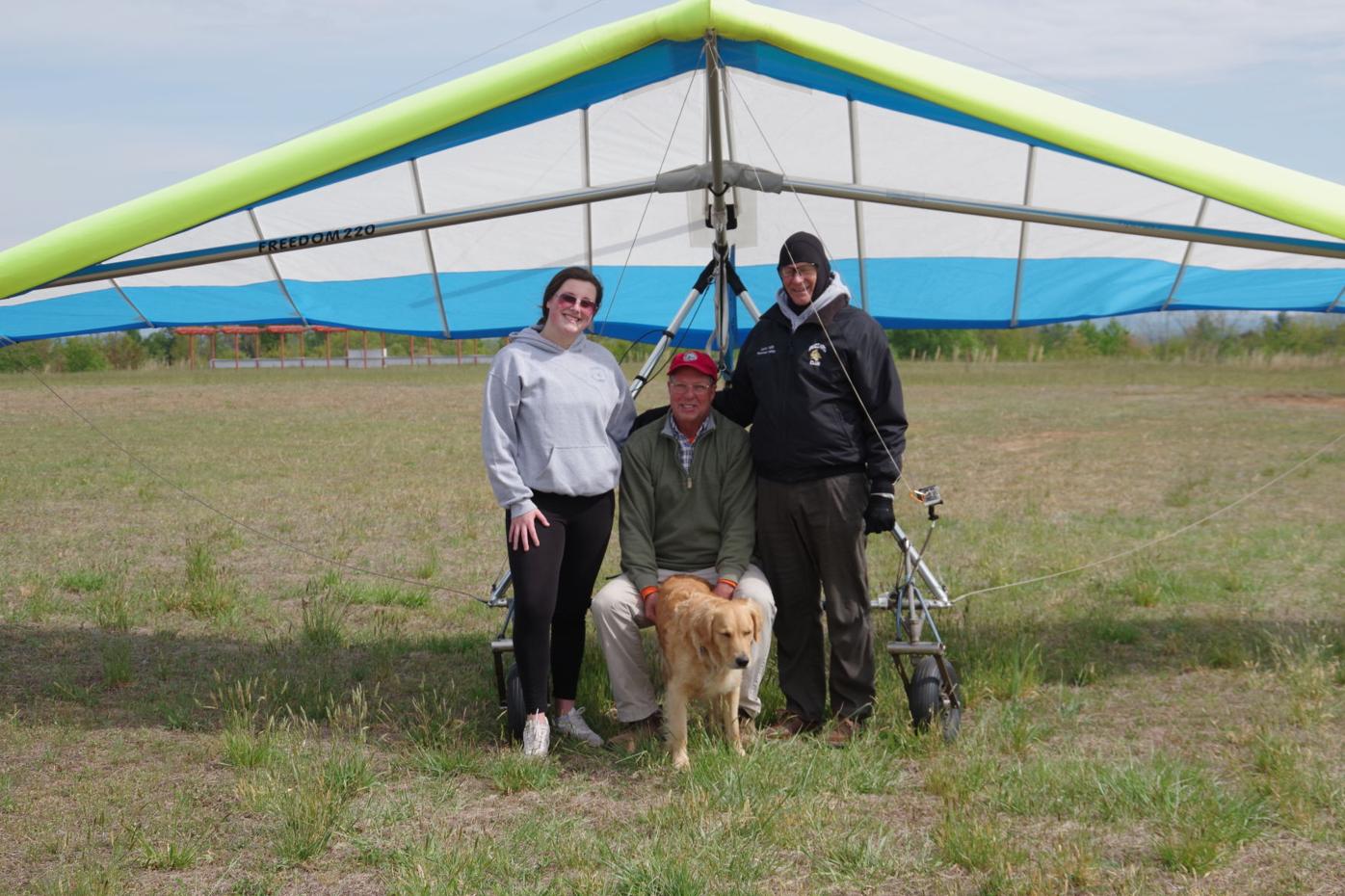 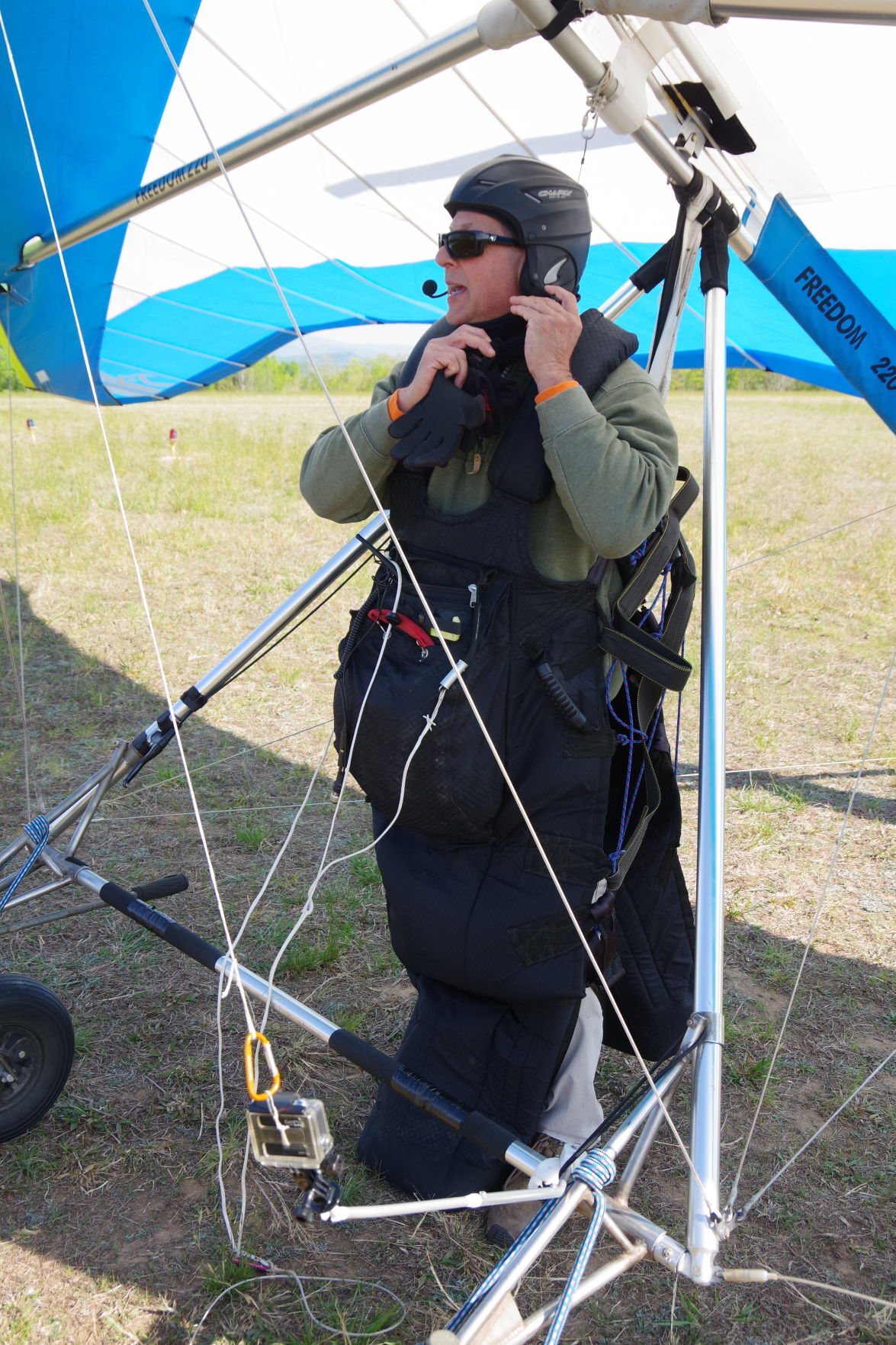 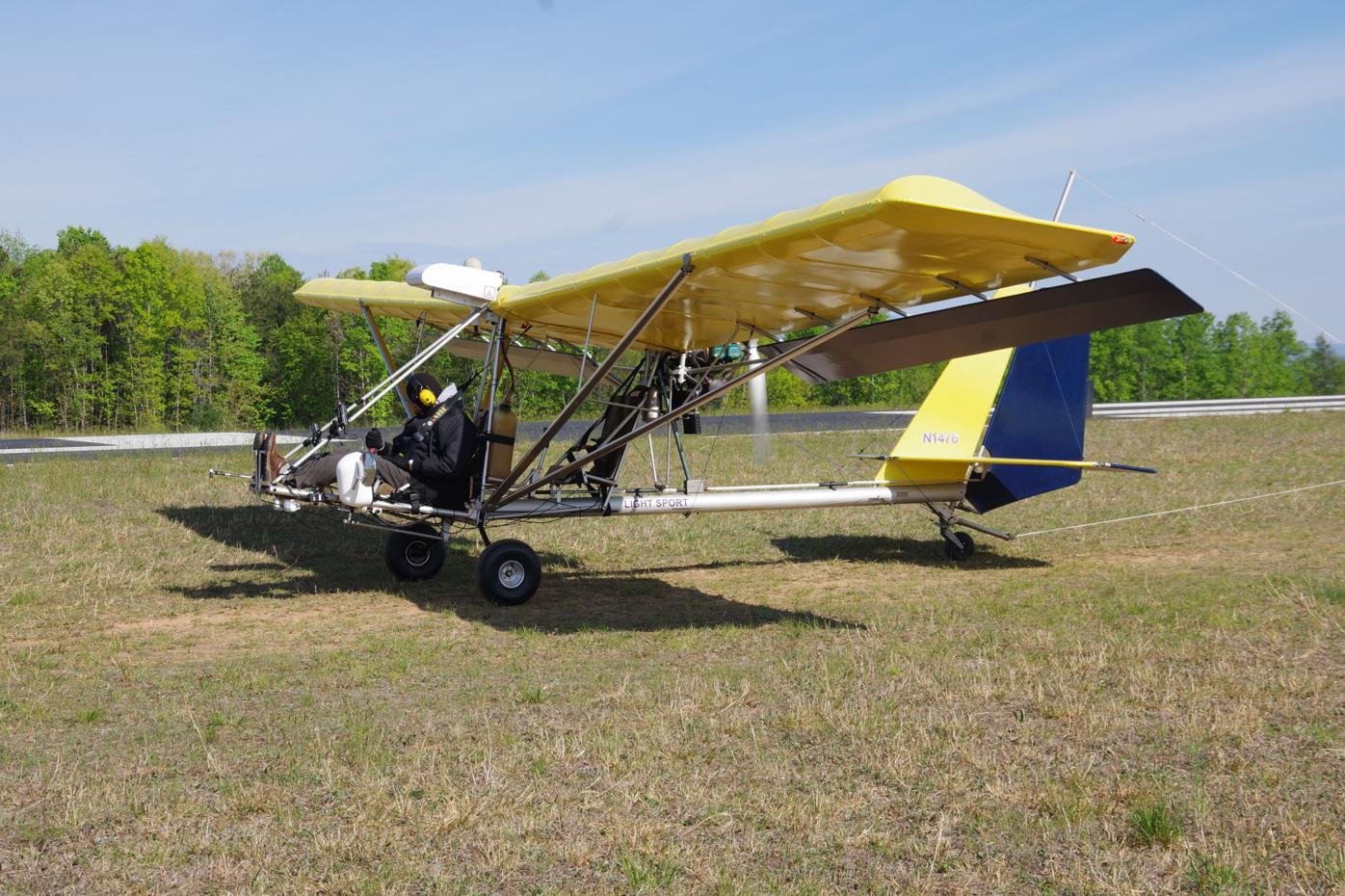 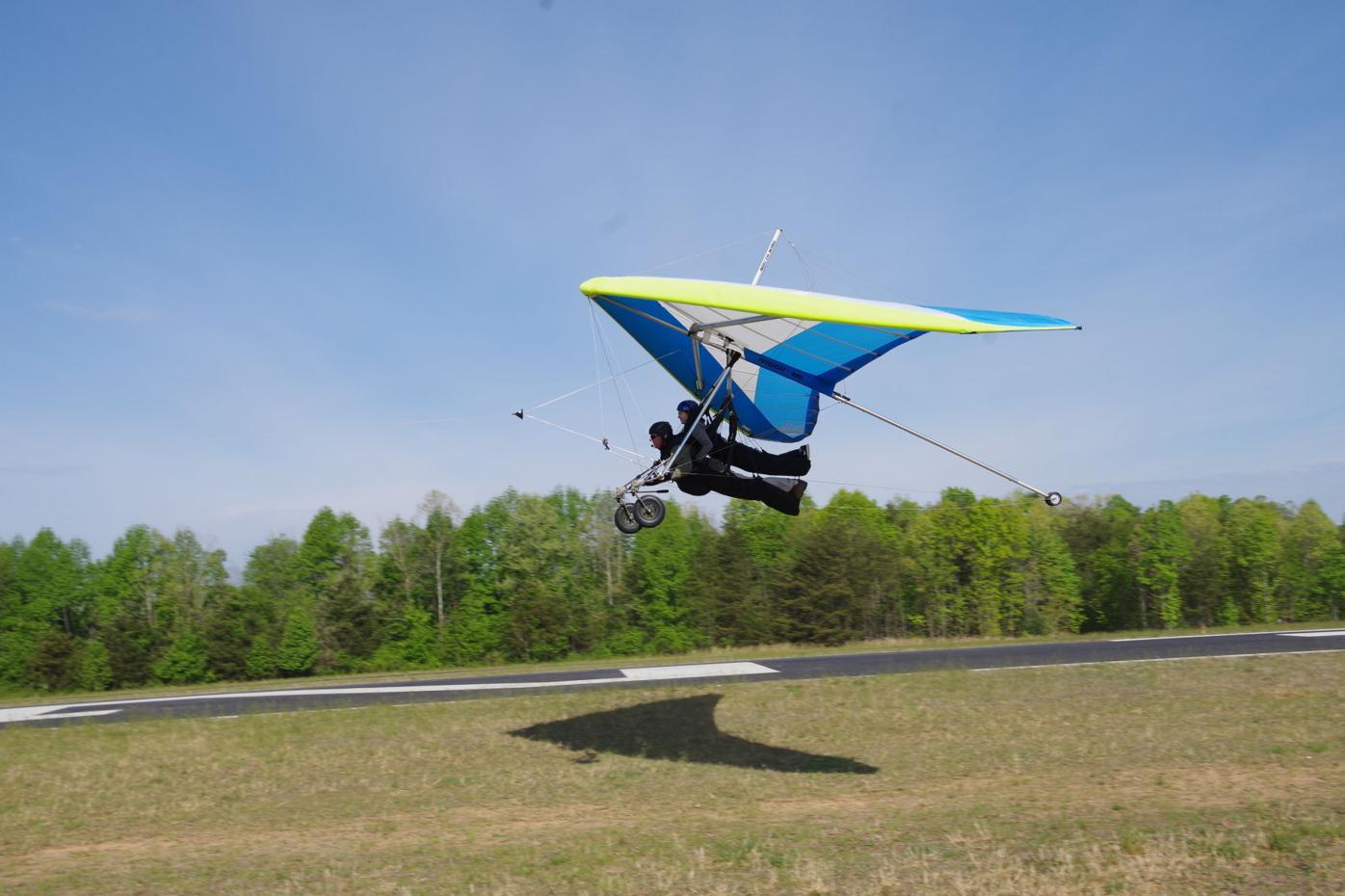 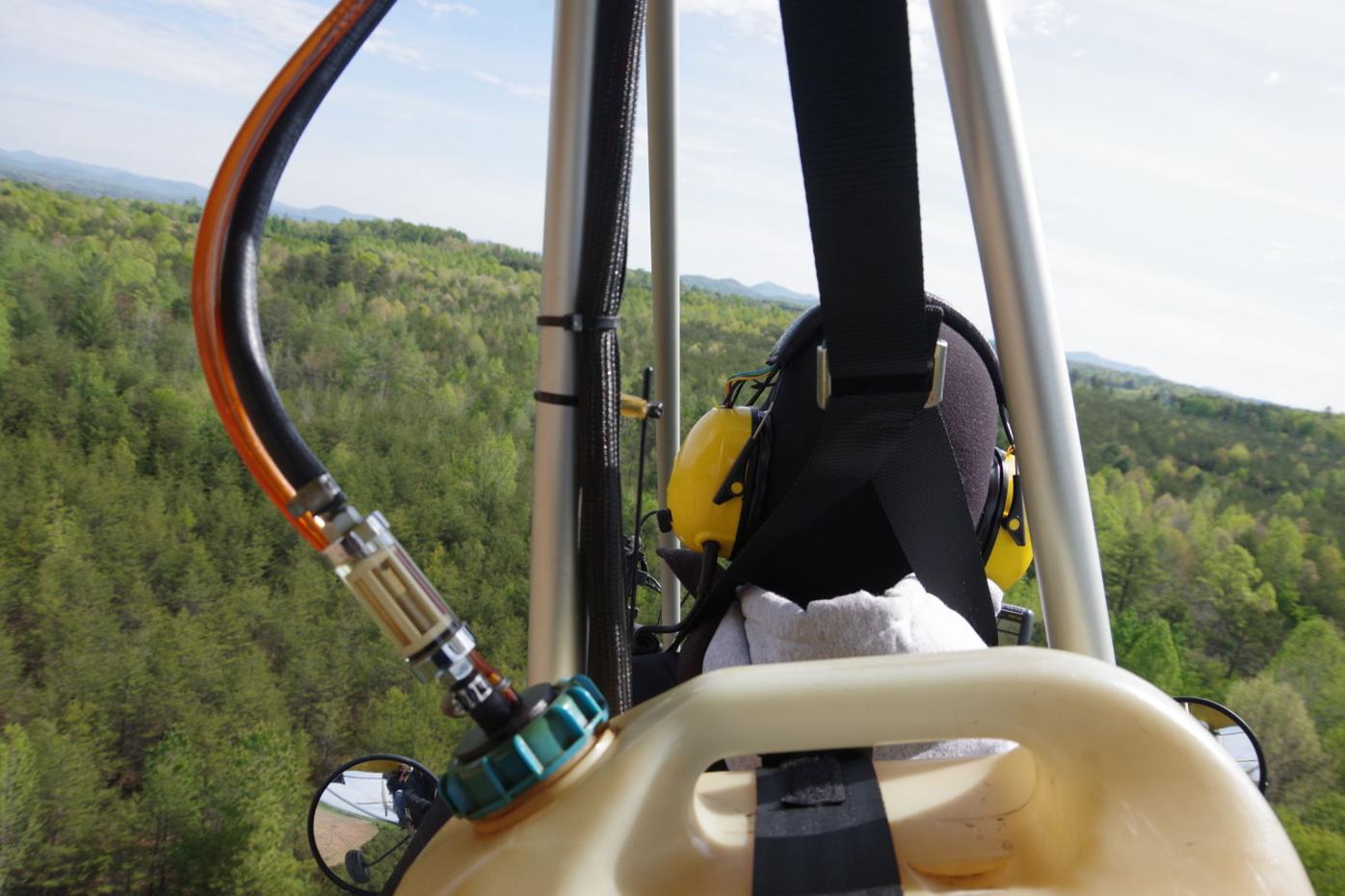 Editor’s note: This article is part of a series highlighting day trips in and around the High Country for community members to enjoy.

LENOIR — Soaring thousands of feet in the sky with cars and humans that look no bigger than an ant is an amazing feeling.

Add that feeling, but with no motor, a strap holding you in place and the wind blowing all around and in comes hang gliding — an activity where people can fly in the sky with birds on a triangular shaped glider with 360 degree views.

“The biggest thing I get when I tell people that I hang glide is ‘We’re afraid of heights,’” said Craig Pearson, owner and operator of Thermal Valley Hang Gliding at the Foothills Regional Airport in Lenoir.

Pearson has owned and operated Thermal Valley for 10 years and has flown more than 3,700 people. He hasn’t just flown middle-aged adventure seekers; Pearson said he has flown 8-year-old kids to 89 years old.

Thermal Valley offers a variety of services for those interested in flying with the birds. One of the main attractions is a 1,500-foot hang gliding tandem aero-tow. Tandem flights consists of flying with Pearson, who is an experienced and certified tandem aero-tow hang gliding instructor. Pearson has been a hang glider pilot for 31 years.

Before the flight commences, someone from the ground crew will help the patron get into a heavy duty harness, which is strapped tightly to the body. In the tandem flights, Pearson is strapped below and has full control of the hang glider.

“When you go there and look at it, you’re gonna see a bunch of fabric and wires and tubes and you’re gonna think that’s not really true,” Pearson said. “What makes the hang glider so strong is the triangle shapes. So one part gives a little bit the other part is gonna make up for it. And that’s really what makes it strong.”

There’s also a large parachute strapped to Pearson that he will utilize if anything went wrong. In his 10 years of flying at Thermal Valley, he said he has never had a disaster.

Once Pearson and the flier are strapped into the glider, a Dragonfly —which is a special light sport aircraft — will tow the glider into the air. Pearson said Thermal Valley has one of five SLSAs being operated in the United States.

One of the two pilots at Thermal Valley who flies the Dragonfly is Larry Falls, a former Navy pilot who flew planes like the T28, T2 Buckeye, A4 Skyhawk and an F4 Phantom. Falls said it is the treat of his life to fly with Thermal Valley.

Before towing the glider to altitude, Falls will make sure the aircraft is ready for flight. He’ll then make a radio call to commence the flight operations.

It takes about five seconds for the glider to rise off of the ground during takeoff. Once in the air, Falls rises to the altitude of the flight.

“I will signal when we get to that altitude, but Craig is so experienced, he knows,” Falls said. “He can read the clouds, he can read the air, what kind of weather we’re having, turbulence and lift. I’ll signal the altitude, and then he will release.”

After the glider is released, Falls spirals downward in the Dragonfly in what looks like an uncontrollable spin, but in reality is a carefully controlled landing.

Meanwhile, the hang glider is slowly gliding down, which takes about eight to 12 minutes. From the air, participants can see the Catawba River, Grandfather Mountain, Table Rock, Mt. Mitchell and Hibriten Mountain.

In the air, Pearson can control the glider the entire time or will let the flier fly with some instruction. He will also demonstrate advanced moves if the flier wants a wilder ride.

One of the reasons the gliders stay in the air is because of thermals. Pearson explained thermals with the analogy of boiling water. As the water starts to heat up, little bubbles rise from the bottom and bubble up on the surface.

“That’s exactly what atmosphere does,” Pearson said. “So if you ever stood in a field, it’s all nice and calm, and all of the sudden the wind starts rushing in feels like it’s from all directions, you’re on the bottom of the thermal.”

Landing is just like that of an airplane, but smoother: the altitude gets lower and lower until the wheels touch the ground and the glider comes to a stop.

Despite having flown hang gliders for 31 years, being up in the air is still quite the experience for Pearson.