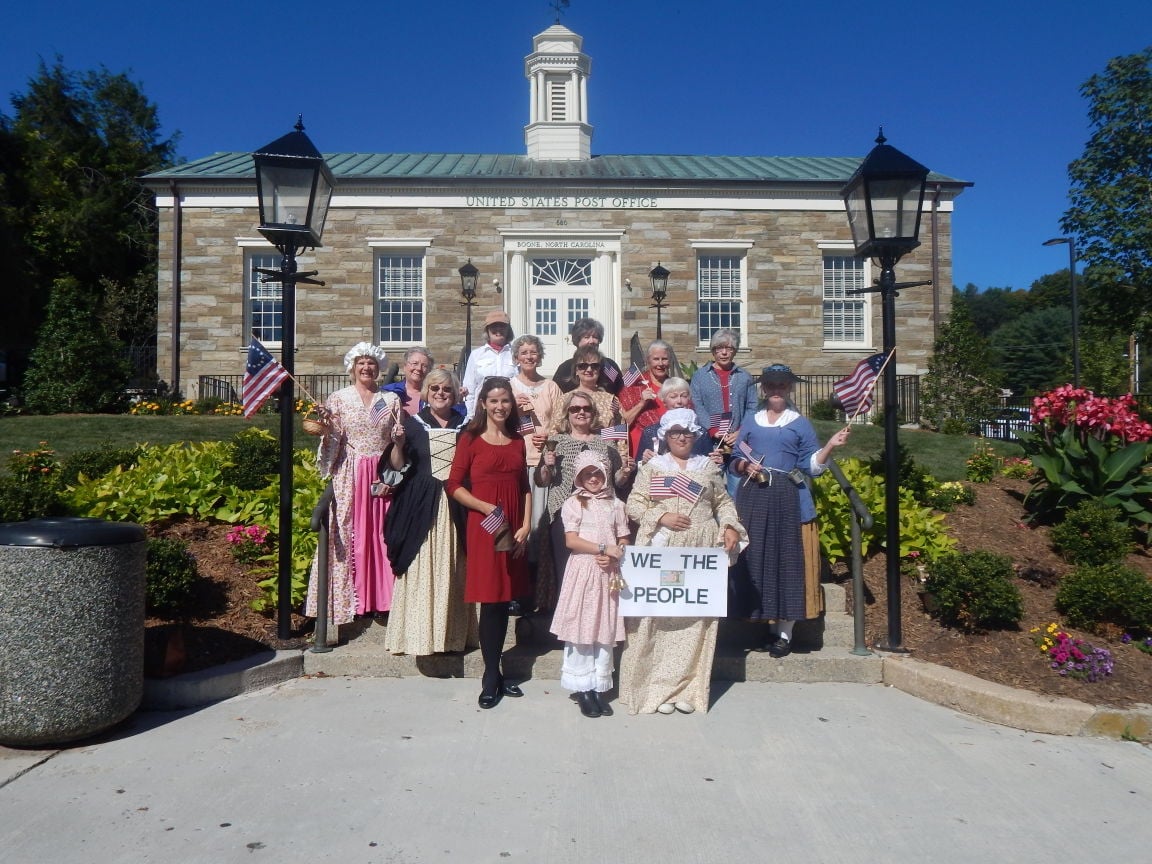 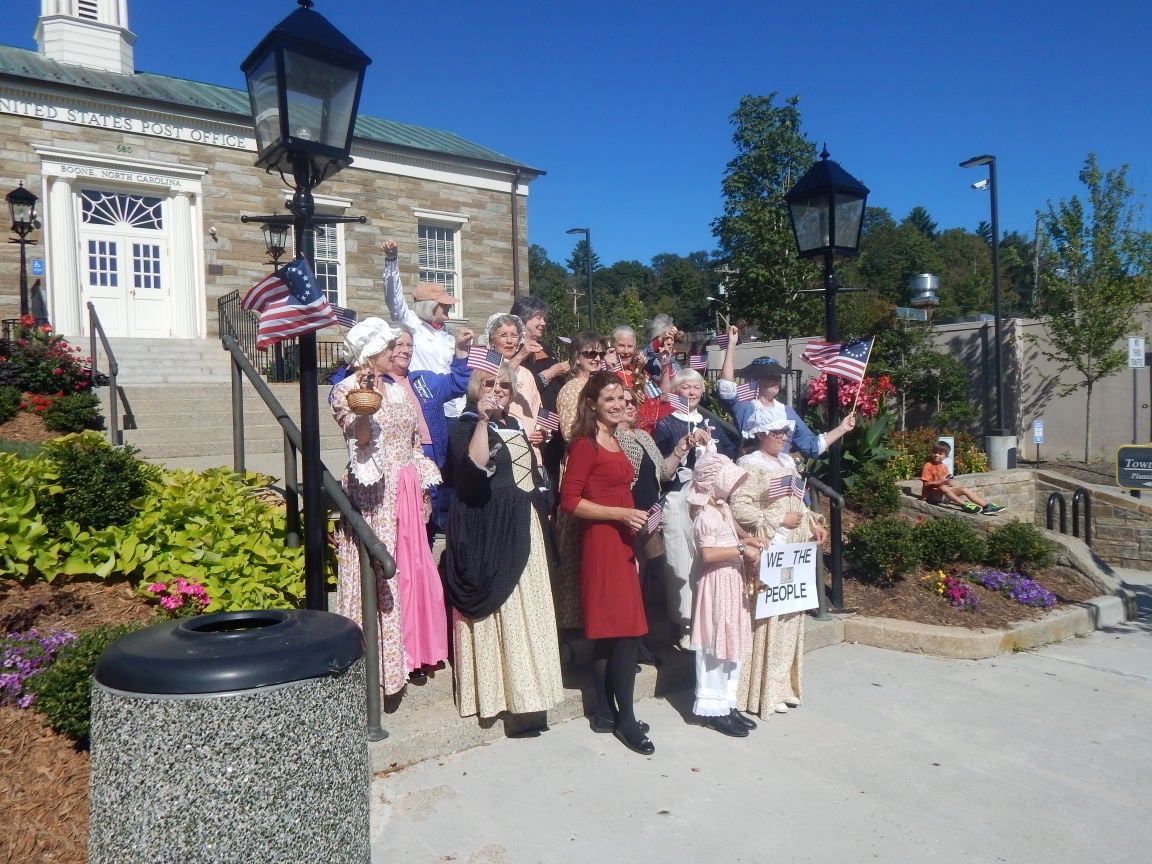 The women of Daughters of the American Revolution ring handbells outside of the post office in downtown Boone to celebrate Constitution Day. 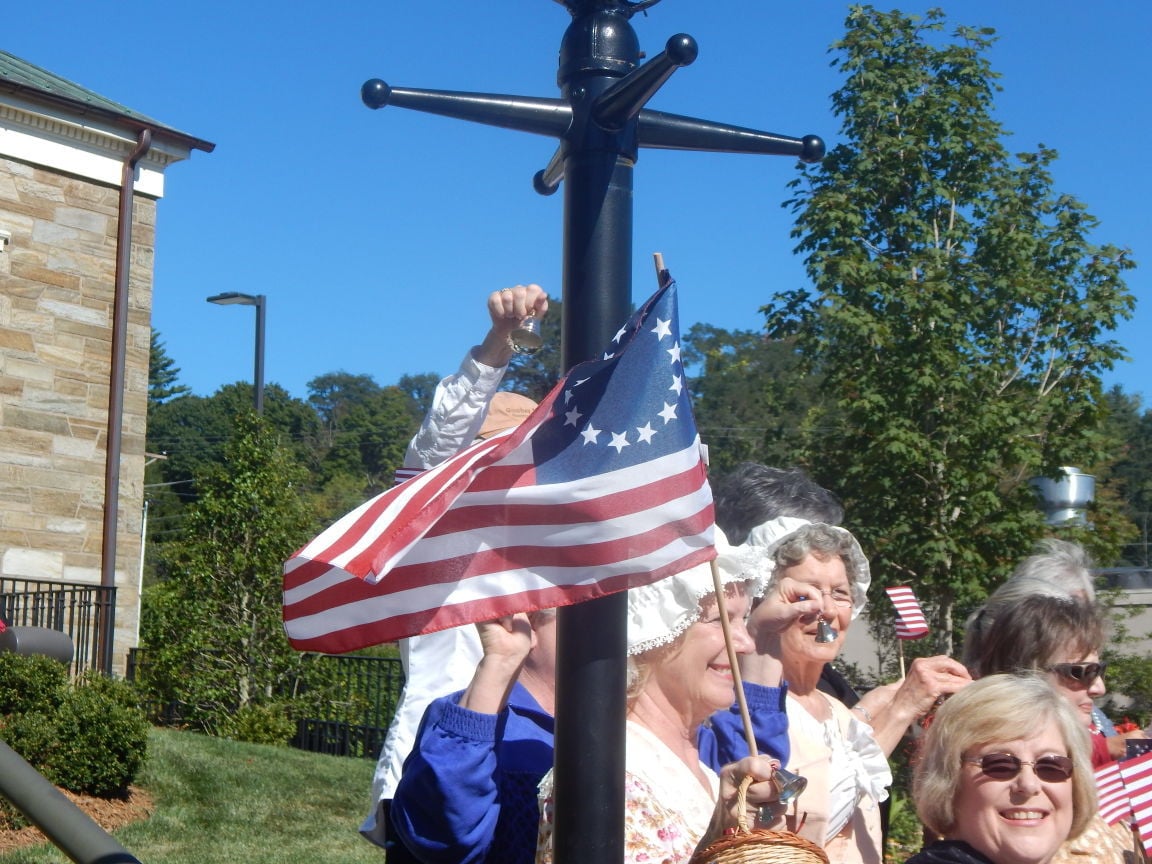 The women of Daughters of the American Revolution ring handbells outside of the post office in downtown Boone to celebrate Constitution Day.

The Daughters of the American Revolution rang handbells on the steps of the post office in downtown Boone on Constitution Day, Sept. 17, to celebrate the adoption of the U.S. Constitution.

The holiday kicks off Constitution Week, an observance that takes place until Sept. 23.

Members of the Daniel Boone chapter of the DAR rang their bells at exactly 4 p.m., the time when the Constitution was ratified.

At the same time, DAR chapters all across the country were ringing handbells, church bells, civic bells and more, according to DAR member Zela Beckett.

Beckett said that this is the third year that the local chapter of the DAR has participated in ringing the bells.

“Our Constitution stands as a testament to the tenacity of Americans throughout history to maintain their liberties and freedom, and to ensure those inalienable rights to every American,” the news release reads.

In addition to celebrating the adoption of the Constitution on Sept. 17, 1787, Constitution Day celebrates those who have become U.S. citizens.

This Constitution Day, President Barack Obama was quoted in a tweet on his official Twitter page: “If you are eligible, commit to becoming a citizen today.”

For more information on the Daniel Boone chapter of the Daughters of the American Revolution, visit www.ncdar.org/DanielBooneChapter_files/index.html.