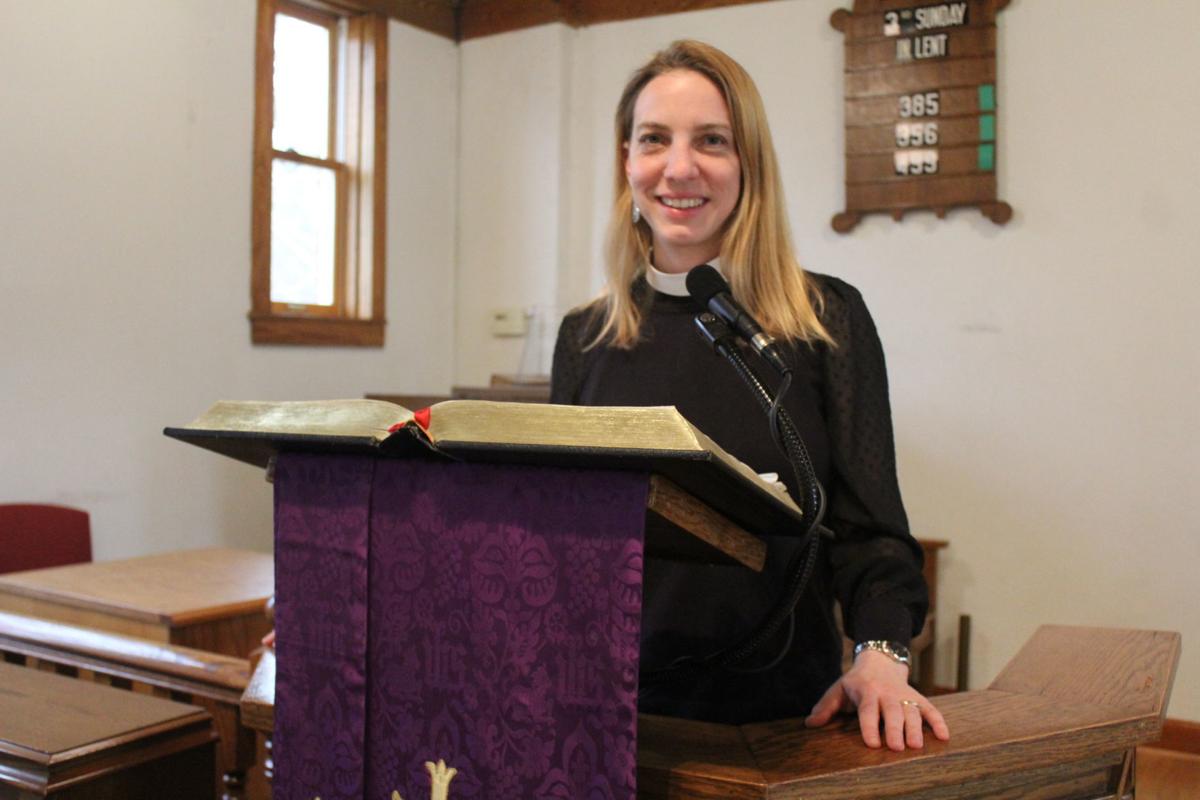 Laura Weant is the pastor of Bethany Lutheran Church in Boone. 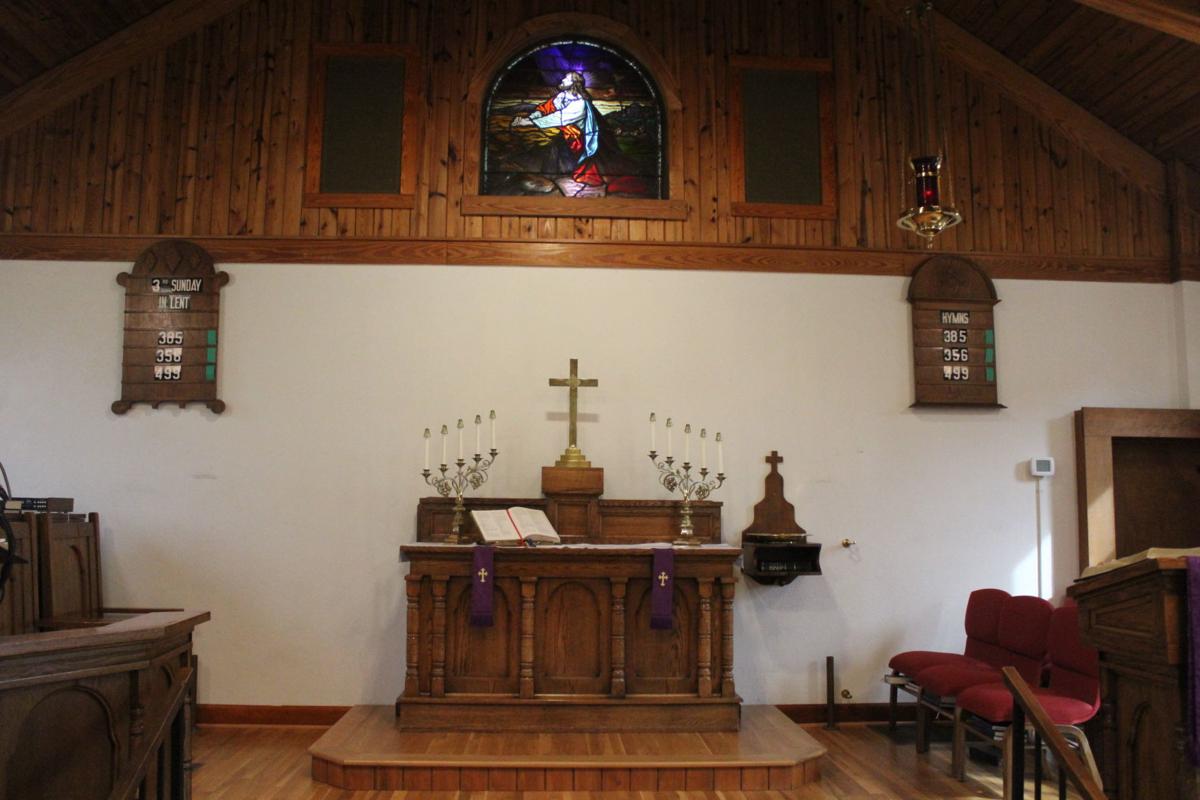 The windows of Bethany Lutheran Church in Boone hold scenes and symbols of the faith, such as the one at the front of the sanctuary that shows Jesus praying and light shining upon him. 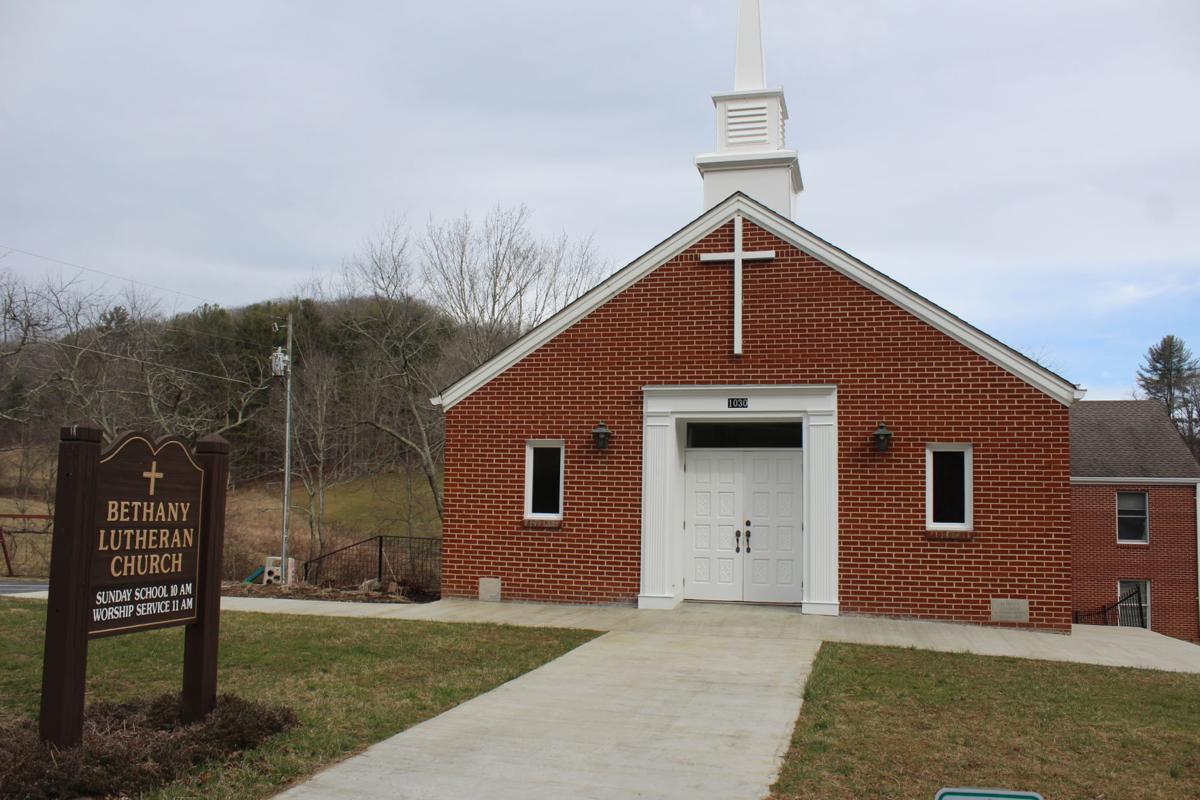 The congregation of Bethany Lutheran Church in Boone is passionate about serving their community and neighbors, according to Pastor Laura Weant.

Laura Weant is the pastor of Bethany Lutheran Church in Boone.

The windows of Bethany Lutheran Church in Boone hold scenes and symbols of the faith, such as the one at the front of the sanctuary that shows Jesus praying and light shining upon him.

The congregation of Bethany Lutheran Church in Boone is passionate about serving their community and neighbors, according to Pastor Laura Weant.

Editor’s Note: This is the fourth article in a month-long series about women in ministry.

Pastor Laura Weant of Bethany Lutheran Church in the Green Valley community is “incredibly shy by nature,” and she “never, ever” imagined herself in a role where she would have to introduce herself to new people nearly every week.

Originally from Burlington, Weant has been an ordained minister in the Evangelical Lutheran Church of America since 2011.

“The best I can say is that it’s a calling — that God called me here,” Weant said.

A consolidation of The American Lutheran Church, the Association of Evangelical Lutheran Churches and the Lutheran Church in America in 1988 brought about the formation of the ELCA. This organization is composed of Lutheran churches across the nation, including those in Puerto Rico and the U.S. Virgin Islands. The ECLA has more than 9,000 churches in the U.S., according to its website at www.elca.org.

Weant’s religious roots run deep, as her parents “were always in church anytime the doors were open,” and she thought of the church as her second home. When the time came for Weant to attend college, already feeling God’s call, she chose to attend Lenoir-Rhyne University in Hickory, which is affiliated with the Lutheran Church.

While her original plan was to major in the institution’s Sacred Music Program, eventually, she “got the nudge” that she wasn’t being called to only music-related ministry.

As a female pastor, Weant has seen the rise of women becoming more involved in the Lutheran ministry, specifically as pastors such as herself.

“I haven’t been on the receiving end of out-right animosity,” Weant said of being a woman leading ministry. “This congregation (at Bethany Lutheran) has been so supportive — it has never come up at all.”

While Weant hasn’t faced backlash or hostility from the Lutheran Church as a whole, “there have been things in the larger community that” she has “bumped up against.”

Regardless, Weant refuses to allow any adverse opinions of her ministry and leadership impact her relationship with God and the calling he bestowed upon her.

A large part of church services at Bethany Lutheran Church revolves around the congregation, including Lutheran liturgy that has been passed down through Lutheran churches since the denomination’s beginning. Liturgy, such as the Apostles’ Creed, is recited by congregation members at weekly services and highlights core beliefs of the church. Liturgy is practiced by other Christian denominations, as well, such as the United Methodist Church.

Community service, support and outreach is an important cornerstone of the Lutheran Church.

“It’s really a big emphasis with this congregation in particular. It’s a smaller church, they have a really big heart for ministry and serving,” Weant said. “By far the biggest thing that we do is that we kind of lead the Summer Feeding Program at Green Valley School.”

Summer Feeding Programs are organized mostly by individual schools, which evaluate the number of children facing food insecurity throughout the summer months. The program has become a county-wide effort that several churches have taken on to support children and families in the churches’ communities.

In the Green Valley community, Blackburn’s Chapel, Bethelview United Methodist and Bethany Lutheran “head up” the program that supports the Green Valley School students. In recent years, the churches have developed a recipe card aspect revolving around ingredients included in the boxes of distributed groceries. This ensures that full meals can be prepared from the distributed food.

There are several other ways that Bethany Lutheran Church members support the community, including the Angel Tree at Christmastime, distributing Thanksgiving meals and making scarves and blankets for the Children’s Advocacy Center to give to children being interviewed there as a result of abuse.

As for Weant’s role in the church and her plans for the future, she considers herself to be an organizer, rather than a forerunner, for the programs and ideas that her congregation brings to her, as a shepherd does with their sheep.

Bethany Lutheran Church is located at 1030 Big Hill Road, Boone. Its website and more information can be found at www.bethanylutheranboone.blogspot.com.

More information on ELCA can be found at www.elca.org.