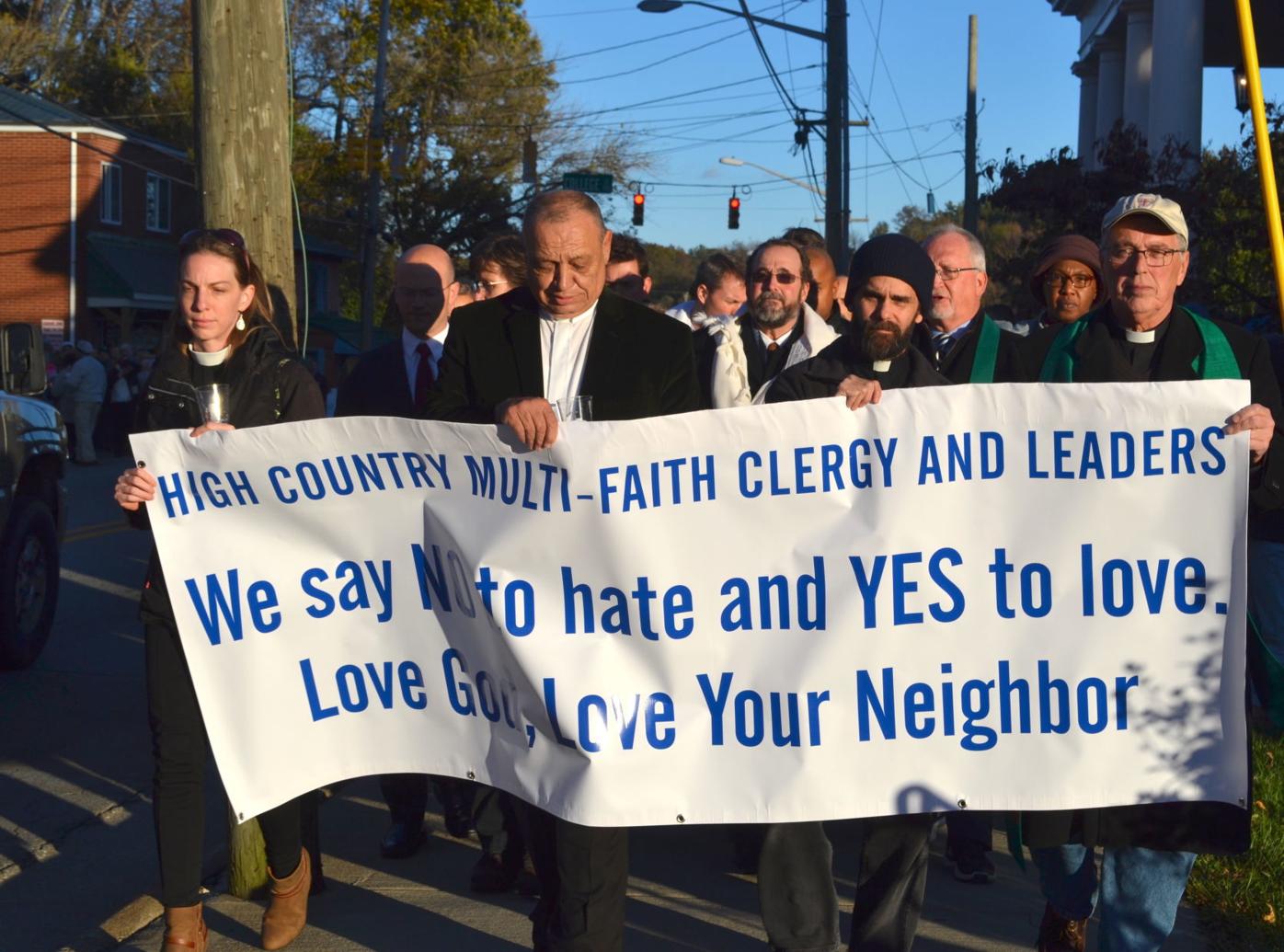 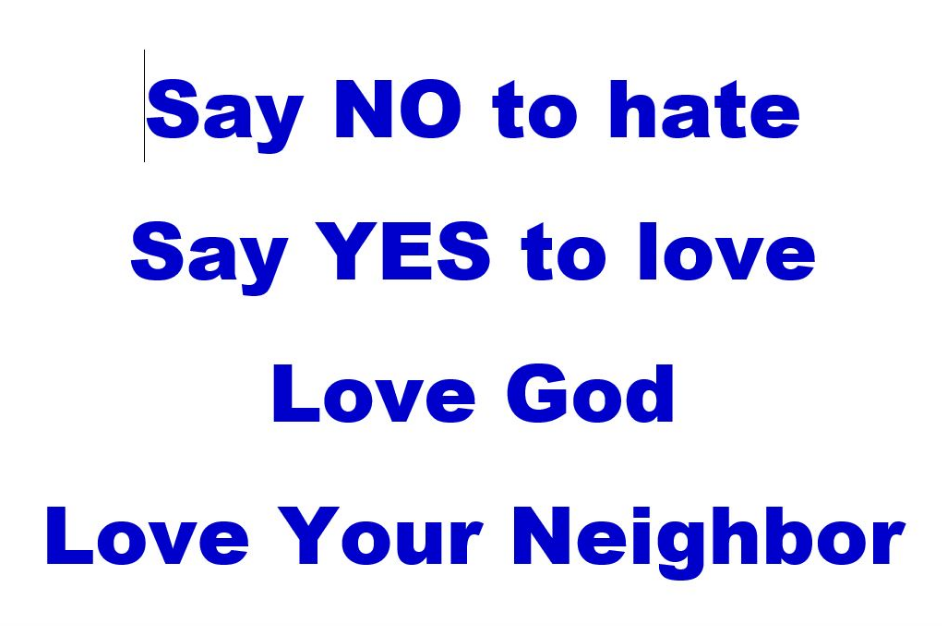 The High Country Multi-faith Clergy and Leaders encourage people to share this flier to spread the message of their new initiative.

The High Country Multi-faith Clergy and Leaders encourage people to share this flier to spread the message of their new initiative.

The High Country Multi-faith Clergy and Leaders are calling upon the greater community to “Say no to hate. Say yes to love. Love God. Love Your Neighbor.”

The group has gathered together in unity after tragedies in the last few years — starting with the massacre in Charleston, S.C. in 2015. The group has met after massacres at least once a year since, and hosted a candlelight vigil last October after the synagogue shooting in Pittsburgh. The vigil garnered around 500 or so attendees.

“We’re a diverse group in our thought,” said The Rev. Cynthia Banks, of St. Luke’s Episcopal Church. “We don’t agree on doctrine … women’s ordination or matters of human sexuality, but we’re all committed to serving God, loving God and spreading that love with our community.”

Rabbi Stephen Roberts, of the Temple of the High Country, echoed these sentiments and said that while each tradition may use different language for its faith, they all culminate around the one point — one of the ways people love God is by loving their neighbors.

Banks said the group started meeting to build relationships with one another to be able to unify together during these instances. The conversation the group has been having is how to get congregations and people in the community to have the same conversations of understanding and love.

As many faith traditions approach a time of holiness during the month of April, the High Country Multi-faith Clergy and Leaders is pushing the High Country community to form these same bonds — starting April 14.

Banks said the start of the initiative was intentionally lined up this with Holy Week for Christians, passover for the Jewish tradition and a major celebration for the Bahá’í. Banks said for many people of faith, it would be a week for people to dig deep into their beliefs. Roberts added that it would also be a time of self-reflection for people of faith.

“It’s really an important time for people to reflect about how do we really love God and love our neighbor,” Roberts said.

Roberts said he was unable to sleep after the latest massacre last month at the Christchurch mosque in New Zealand. Roberts said he reached out to the clergy group after this incident and asked how it could continue the work it had seen during the candlelight vigil in October. The clergy decided that it would like to push the community to come together in peace and love, as the clergy group has.

The group created around 1,000 yard signs and 5,000 fliers with the words “Say no to hate. Say yes to love. Love God. Love Your Neighbor.” These words are consistent with the banner that was carried during the vigil. These are the words that the group of clergy leaders are asking the community to post in their yards and windows of homes and businesses in order to “blanket the High Country in love,” Banks said.

“We never know when that message may help somebody go down a road of faith instead of a road of hate,” Roberts said. “When somebody puts that sign up, that may be the sign that ultimately saves somebody.”

About 675 of the yard signs have been requested through the churches that are helping to support the action, Banks said. Signs for $7 and fliers can be picked up by those who want to participate at St. Luke’s Episcopal Church during the hours of 1 to 5 p.m. Tuesdays through Fridays.

“What I see and what others see are people are searching ... for a way that people of faith can make a difference in the world,” Roberts said. “This was a very specific way where people in the pew could say, ‘Count me in for this message.’”

Banks mentioned that people of good will in the community that may not claim a faith tradition often share sentiments about wanting to reach out and love toward neighbors.

While the group doesn’t have any other actions planned currently for the initiative, leaders say the sentiments of the initiative shouldn’t stop at posting a sign or a flier. Tamara Franks, the pastor at High Country United Church of Christ, said people need to put these words into action by trying intentionally to understand each other and asking to listen to each other’s personal stories.

“When you hear that story, do everything you can to really hear their story without judgment, without bias or attempting to come back with some retort — to connect at a deeper level,” Franks said. “If we’re creating this world where love is at the heart of it, we’re actually going to have to be intentional about that. When you hate something you’re giving energy to it.”

Banks, Roberts and Franks all agreed that the community should work toward achieving love, peace and understanding by starting a dialogue — even with those with which one may disagree.

For more information on the High Country Multi-faith Clergy and Leaders, visit hcmultifaith.org or find “HCMultifaith” on Facebook.