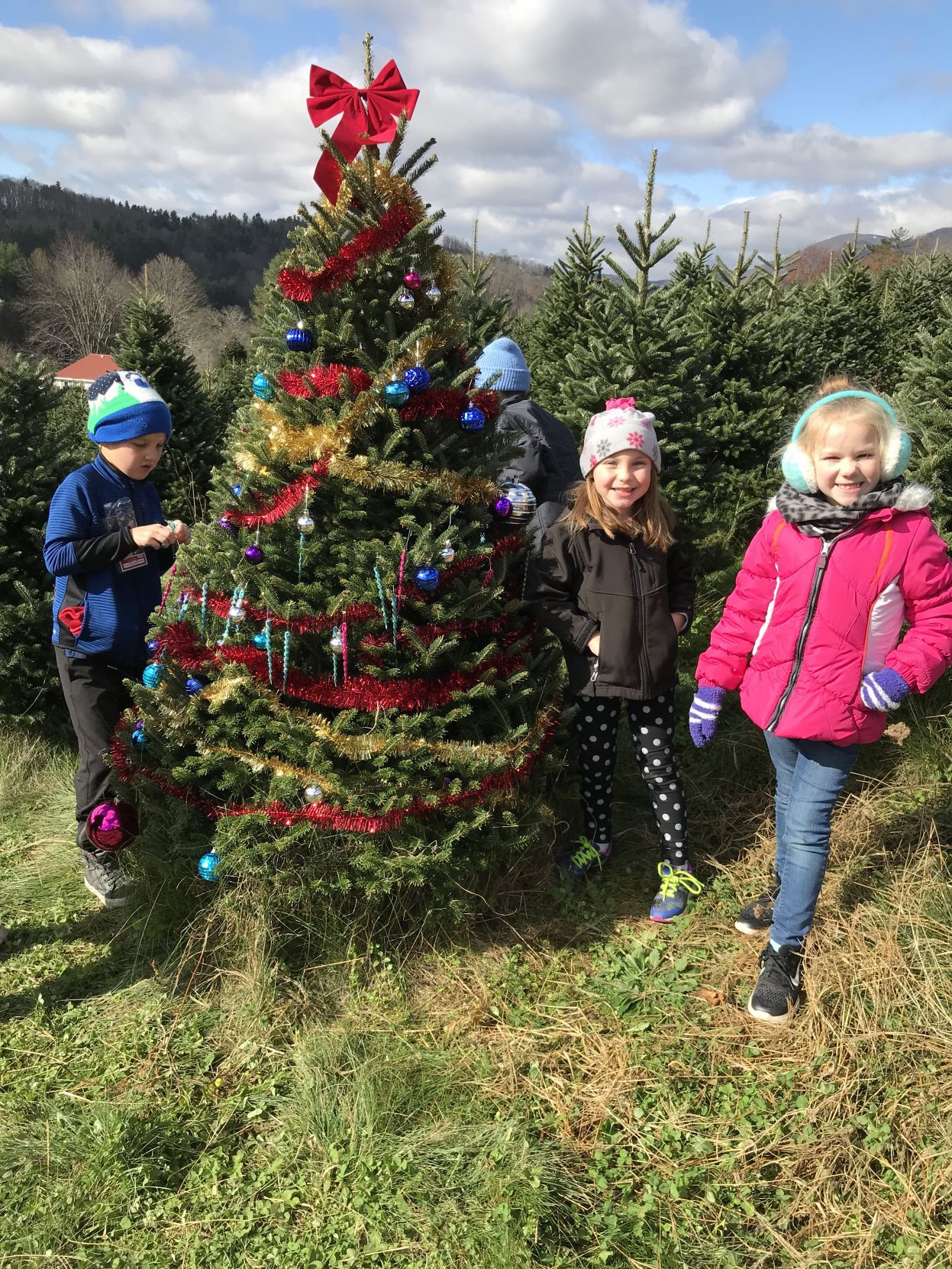 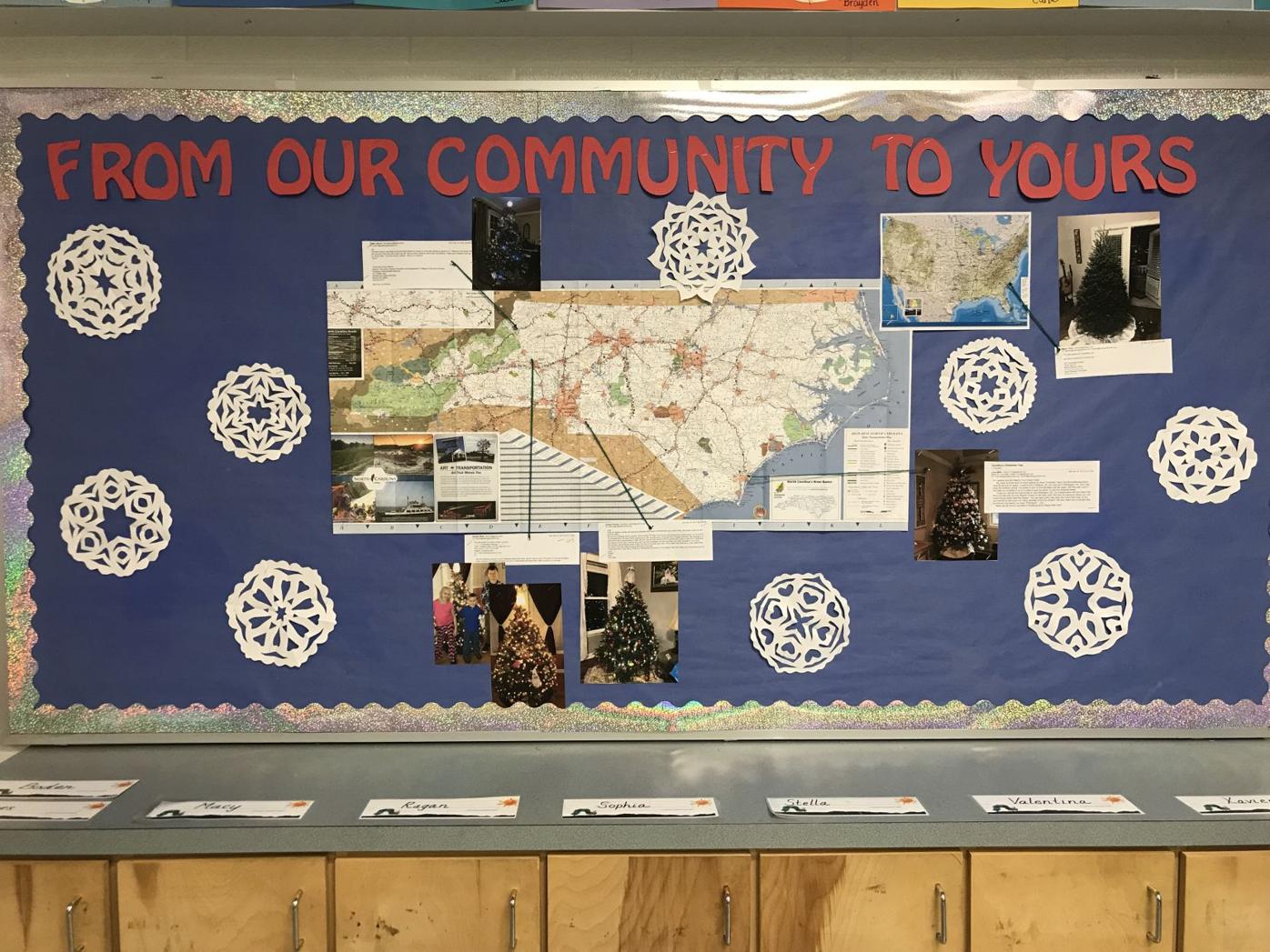 Hardin Park first grade teacher Maria Nash keeps a bulletin board outside of her classroom to track what communities have been impacted by Christmas trees from Boone. 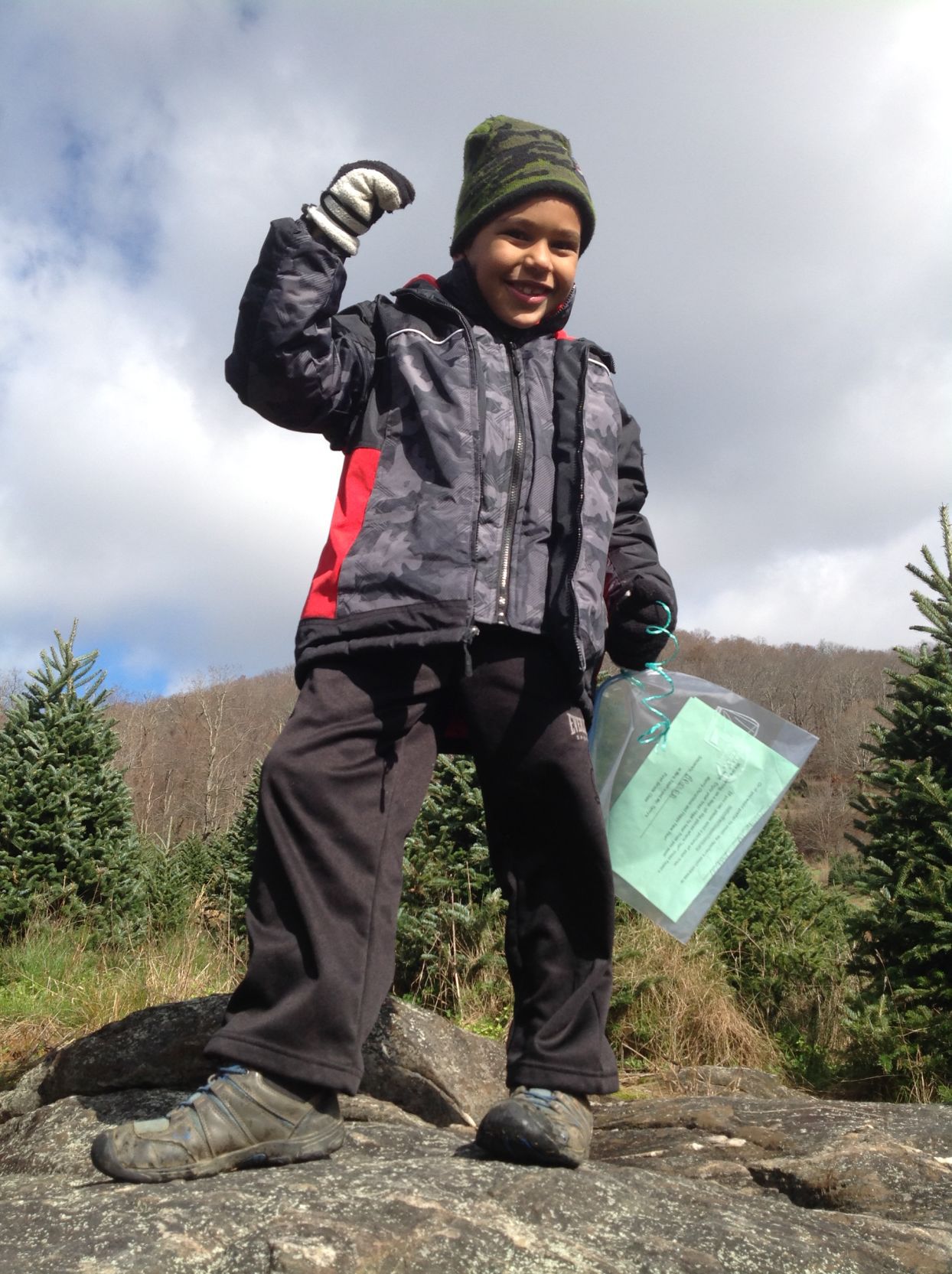 Hardin Park first grade teacher Maria Nash keeps a bulletin board outside of her classroom to track what communities have been impacted by Christmas trees from Boone.

A classroom project with Christmas trees is helping a classroom of 20 students at Hardin Park connect to communities outside of Boone.

Maria Nash’s first-grade class visited the Circle C Tree Farm — located at 372 Will Cook Road in Boone — on Nov. 13 for a field trip. While visiting the farm, students attached letters to the trees in hopes that each person who bought a tree would write back to the class.

Letters asked the new tree owner to write back to the class to tell them a little about their own communities as well as a photo of where the tree ended up.

During a meeting of the first-grade teachers earlier this fall, Nash said she got the Christmas tree letter idea from Parkway School teacher Kristina Shableski. She said as a 6- or 7-year-old, it’s hard for students to think globally and think of the world as being bigger than just Watauga County.

“(This project) brings them global awareness of how one community affects another community,” Nash said. “Christmas trees are definitely something they can relate to.”

So far, the class has received five responses from people who have bought trees with the letters. Nash pins the letters and photos sent to the class to a bulletin board outside of her classroom with a map to show where the trees are now.

Nash said one woman wrote the class from Wilmington and told the students about the rivers there along with the ocean and filming/movie making that goes on in the area. Another man was a state trooper that wrote from Charleston, S.C.

“I like the letter from Wilmington about how we supply them with Christmas trees and they supply us with fish,” said first-grader Brayden Howard.

While at the tree farm, Nash said students were taken around the farm on a hayride by Daniel Cook — whose family owns the farm and is a parent to one of Nash’s students. Students were asked to develop questions before the trip and then wrote about their experiences once back in the classroom.

As part of the learning in motion curriculum, students apply for “jobs” prior to each field learning, learn the skills that are needed for their jobs and then implement them. These jobs include videographers, photographers, interviewers, reporters and analysts.

Videographers and photographers use iPads to document the trip as well as record field trip host interviews done by student interviewers, Nash said. Students had the opportunity to interview Cook as well as a representative from the North Carolina Tree Association on their trip.

Class reporters are videotaped as well to share what the class learned from the trip. Analysts are tasked with helping to sort through all of the information, photographs and videos that are gathered and help determine what is important to use for a documentary.

The class will take short documentaries of each trip taken during the school year and combine them for a screening in the spring, Nash said. Everyone who has been involved with the trips or documentary process are then invited as special guests to view the screening.