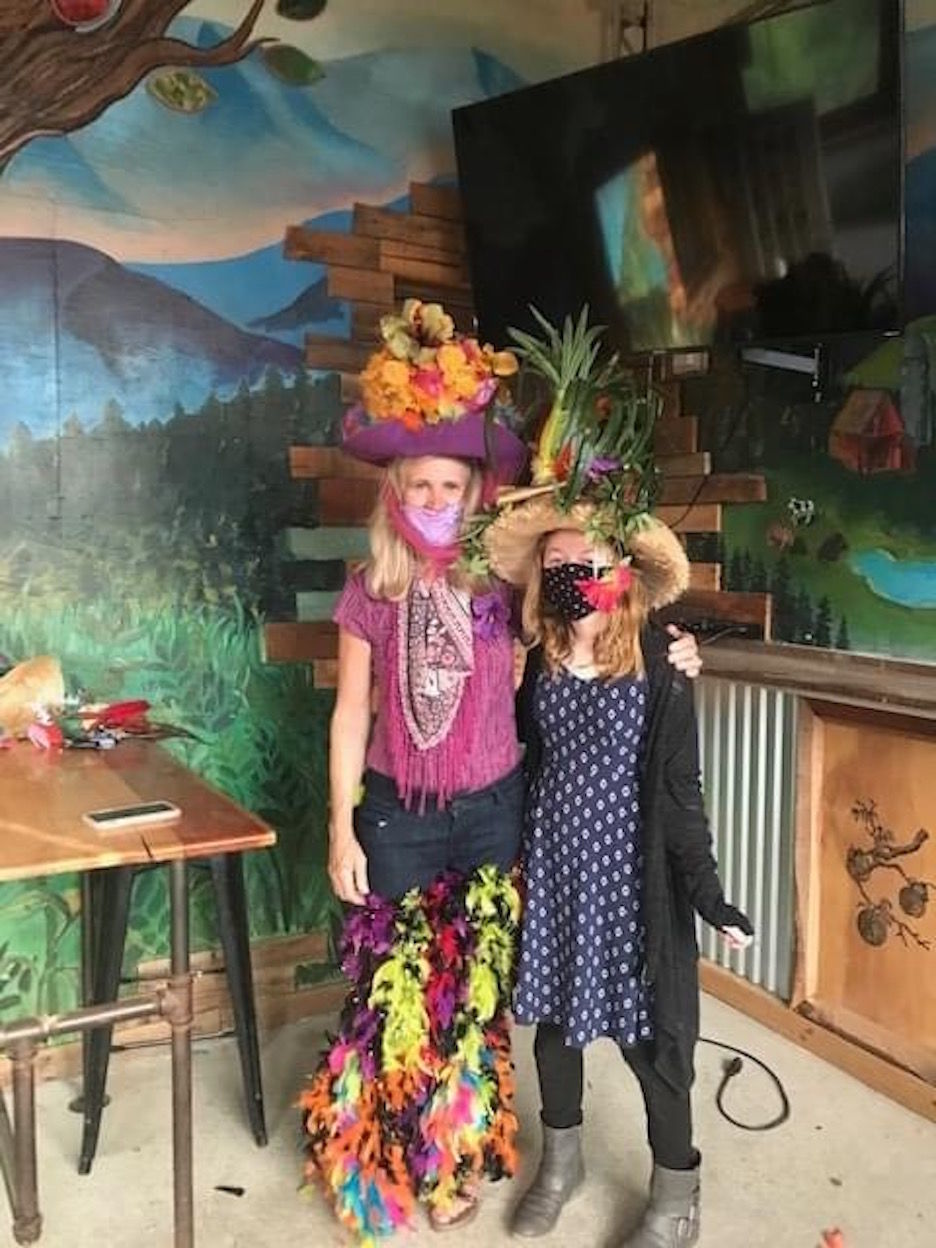 Jenny Miller (left) poses with Ella Jennings at the June 10 Big Kahuna event in Boone. Miller was the group leader of Three Kahunas and a Guy, which won the title of Big Kahuna 2020, and Jennings was recognized for individually raising the most for her team.

Jenny Miller (left) poses with Ella Jennings at the June 10 Big Kahuna event in Boone. Miller was the group leader of Three Kahunas and a Guy, which won the title of Big Kahuna 2020, and Jennings was recognized for individually raising the most for her team.

BOONE — For its annual Big Kahuna celebration on June 10, Watauga County Habitat for Humanity live-streamed the event from Appalachian Mountain Brewery in Boone to involve the greater community because of gathering restrictions due to COVID-19.

This year, Kahunas formed teams to raise a total of $27,800, “including donations that came in after the event,” according to Allison Jennings, director of development for Watauga Habitat.

“It was the first time I’ve done anything like that, and I think it went pretty well,” Jennings said, adding that the Big Kahuna campaign kicked off the first week of March, just before COVID-19 was declared a pandemic, slowing down the group’s usual efforts.

Jennings said that while Big Kahuna was “a little bit different this year,” she’s still “so thrilled” with the result Watauga Habitat was able to raise during an ongoing pandemic.

The team that raised the most money, earning the title of Big Kahuna for 2020, was Three Kahunas and a Guy. Jenny Miller, Jane Meyers, Susan Devine and John Dean raised $11,151.

Ella, Jenning’s 13-year-old daughter, was recognized for raising the highest individual amount ($4,800) for her team through a letter-writing project.

Jennings said that Lambda Chi Alpha, including team members Anderson Noonan, Tristin Newsome, Mason Zlotnick and Calvin Pissocra, “completed its fundraising before spring break” and led the teams in fundraising for several weeks. Funds raised by this team, which total $4,744, will benefit the next App Builds a Home project.

At the end of the event, Jennings reminded donors that “every donation that is given to this campaign supports safe and affordable housing,” noting that the need for a safe place is “greater than ever.”

Updates from Watauga Habitat and its projects are available online at www.wataugahabitat.org.