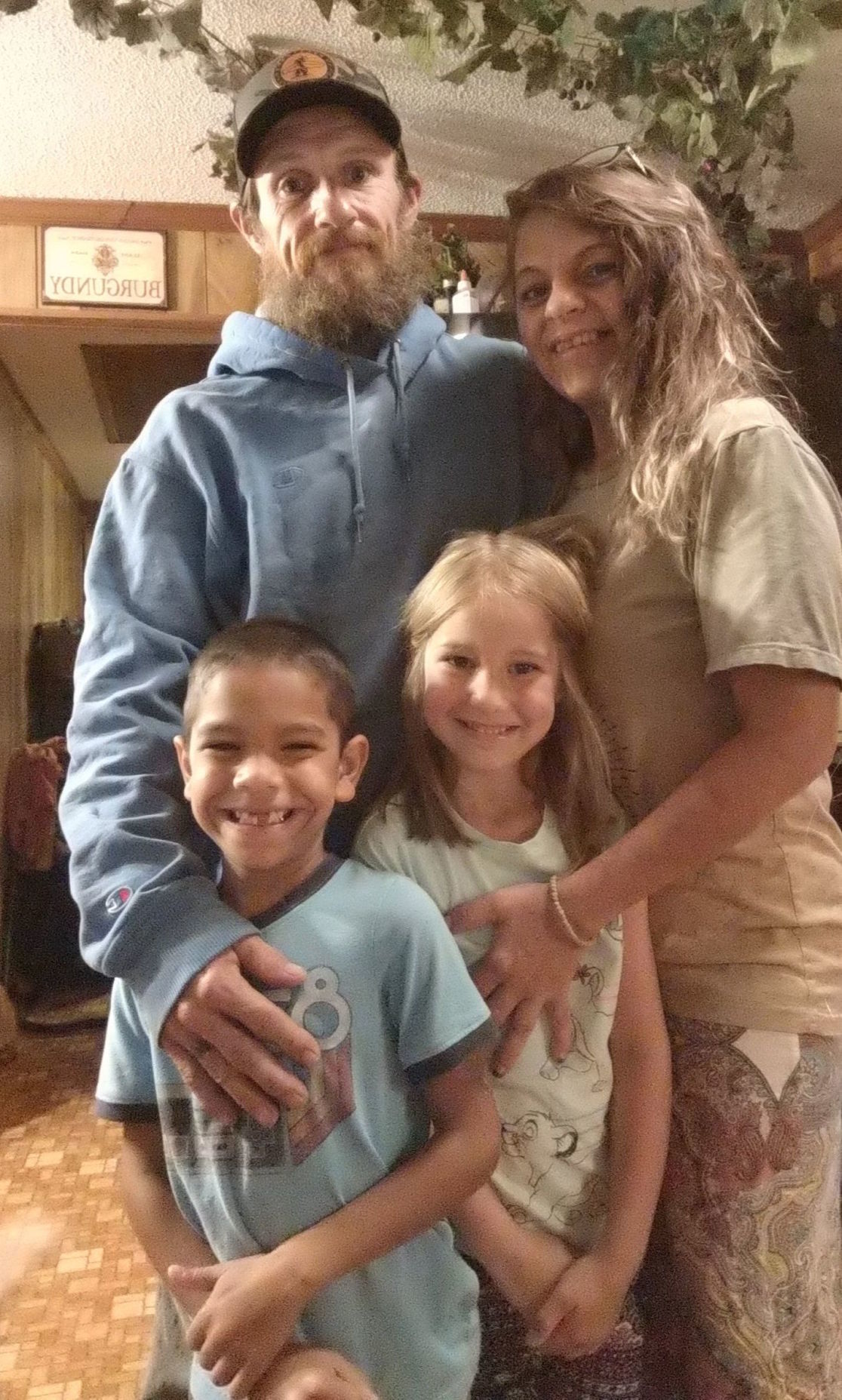 David and Amy Barker, along with their children Nathan and Kali, are chosen to receive the next Habitat for Humanity home.

App Builds a Home is a group of Appalachian State University students, faculty and staff that partner with Watauga County Habitat for Humanity to build homes.

David and Amy Barker, along with their children Nathan and Kali, are chosen to receive the next Habitat for Humanity home.

App Builds a Home is a group of Appalachian State University students, faculty and staff that partner with Watauga County Habitat for Humanity to build homes.

BOONE — Within a 48-hour time span, more than 200 volunteers and 50 others from an out-of-town group plan to construct the main framework of a house in the Habitat for Humanity GreenWood subdivision during a “blitz build” in September.

Watauga Habitat for Humanity Director of Development Allison Jennings said a group called the “Habitat for Humanity Road Trip Crazies” plans to come in the weekend of Sept. 21-22 to make this venture happen. The Crazies are a group of people that are mainly from Lynchburg, Va., and volunteers from elsewhere who travel to different locations to construct these quick builds.

Jennings said she was put into contact with one of the Crazies’ leaders, Tom Gerdy, about a year ago. She said Gerdy is an “incredible (and) motivating person with a Habitat for Humanity spirit.”

The Crazies will bring in 50 volunteers and asked the Watauga Habitat affiliate to bring 100 more. Over the course of the weekend, more than 250 volunteers will have helped with the project, Jennings said. Local businesses and donors plan to contribute shirts, drinks and lunch to volunteers during the two-day occasion.

This blitz build project is being done with the help of App Builds a Home — an Appalachian State University organization that aims to help design, fund and build a home alongside Habitat for Humanity. App Builds a Home is helping to provide the majority of the volunteers, according to Jennings.

Jennings said the Barker house will cost $120,000, and App Builds a Home has committed to raising half the amount. To donate, visit appbuildsahome.appstate.edu or www.wataugahabitat.org/donate.

The Crazies will go out to the site to prep for the festivities the following day. When the group starts on that Saturday morning, Jennings said the foundation and subfloor will have already been set. Before the day’s construction starts, Boone United Methodist Church is planned to host a brief devotional.

“Then away we go,” Jennings said.

By Sunday evening, the house will be dried in and under roof. Typically building a house is a task that takes Watauga Habitat about a year, as it builds on Wednesdays and Saturdays.

“The fact we’ll break ground on a house in September and they should be moving in four months later is incredible,” Jennings said.

Jennings said she’s excited for the chance for the community, donors, volunteers and out-of-town help to all gather to build a home for a family.

“This is just an incredible opportunity for us,” Jennings said. “I think it’s one of the greatest opportunities and moments we’ve had in the history of our affiliate, to be able to welcome the Crazies to town, to bring in Appalachian State University and welcome this family. They’re going to see some love going into action over the course of two days.”

The house is being built in the GreenWood subdivision along with other Habitat-built homes. GreenWood currently consists of five finished homes with another being completed. This home will be going to the Barker family — David and Amy Barker along with their children Nathan and Kali. The Barker home will make the seventh in the GreenWood community.

Watauga County Habitat for Humanity is looking for volunteers willing to devote at least one Wednesday to help create decent, affordable housing in the community, according to the organization.

“Since our founding in 1987, thousands of individual volunteers have been fundamental to Watauga Habitat’s impact in the community. We welcome everyone, with or without experience, to volunteer in construction, Watauga Habitat ReStore and other areas,” the organization stated.

Watauga Habitat is asking for people to become a one-time, weekly or monthly “Wednesday Warrior” by volunteering 9 a.m. to 4 p.m., all day or half-day. More information can be found at wataugahabitat.org/Wednesday or by calling (828) 268-9545.