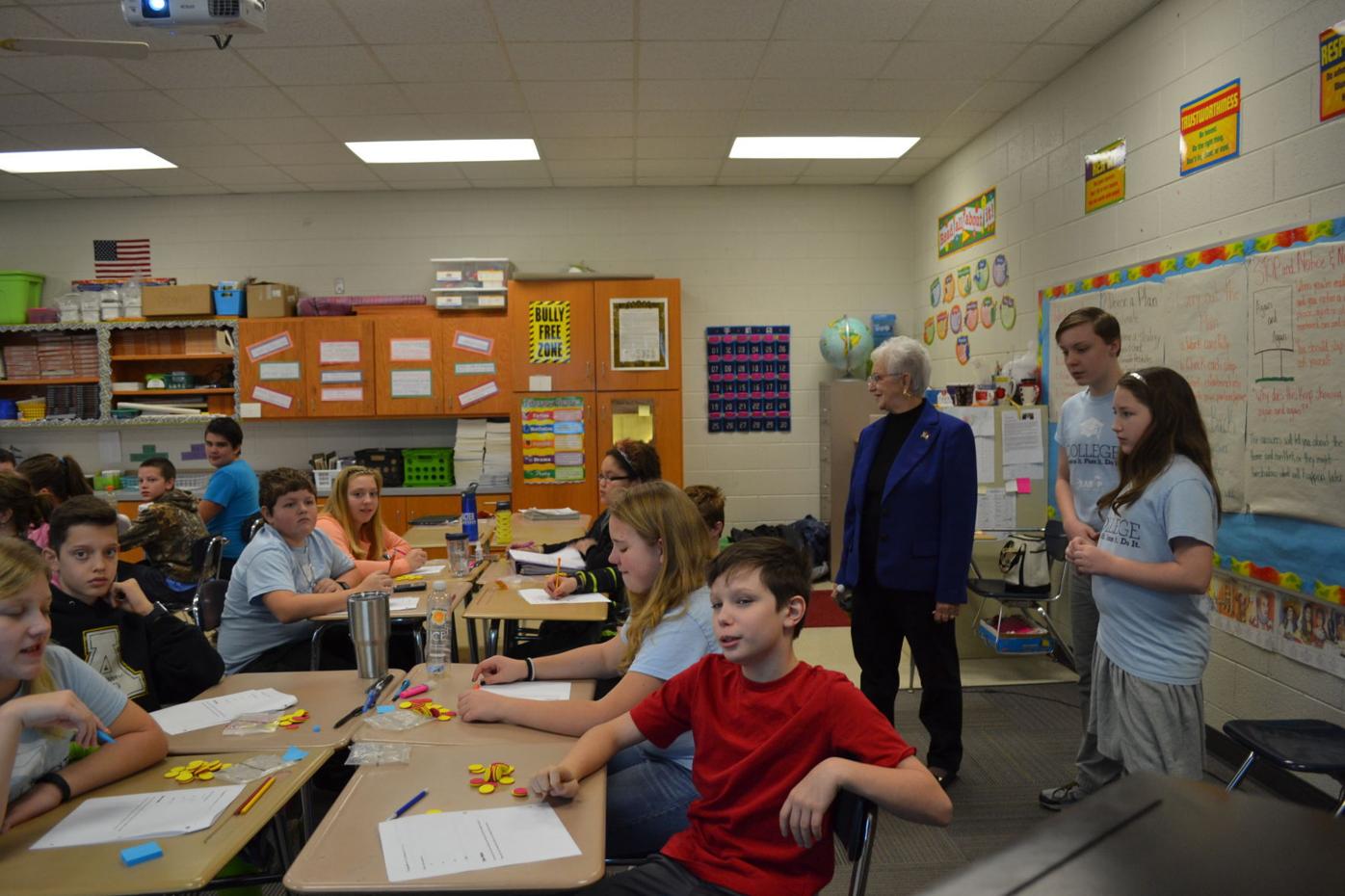 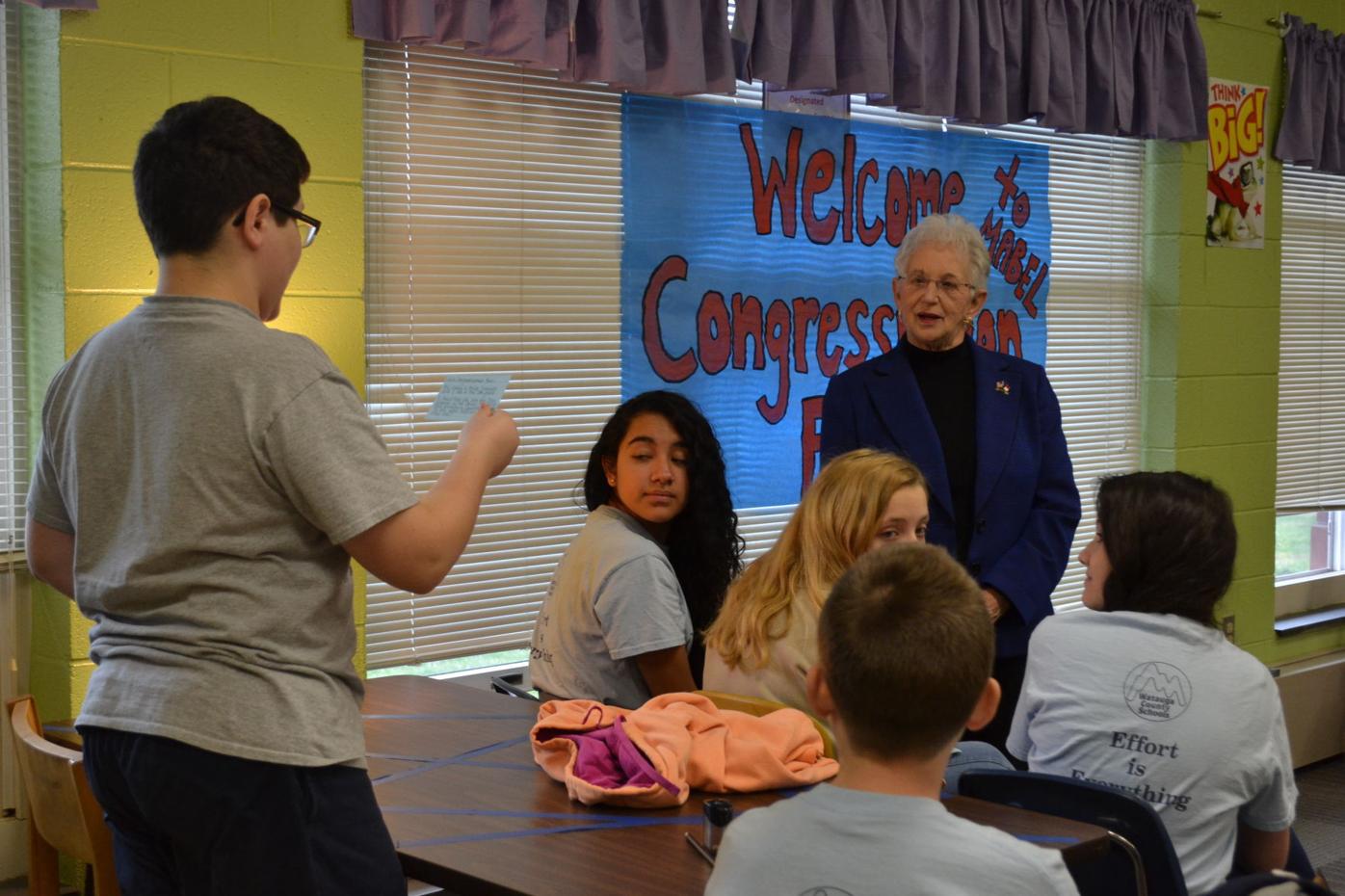 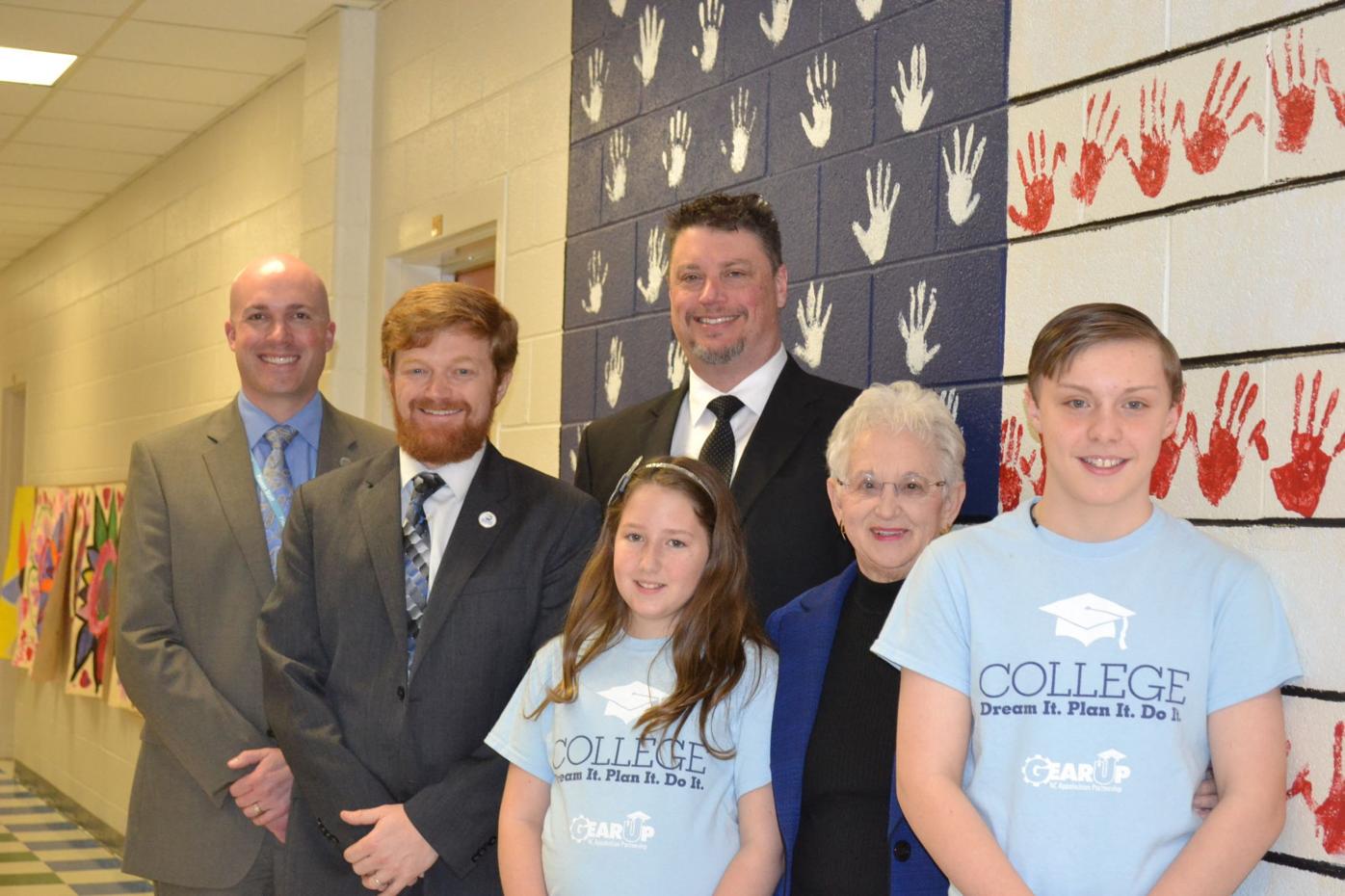 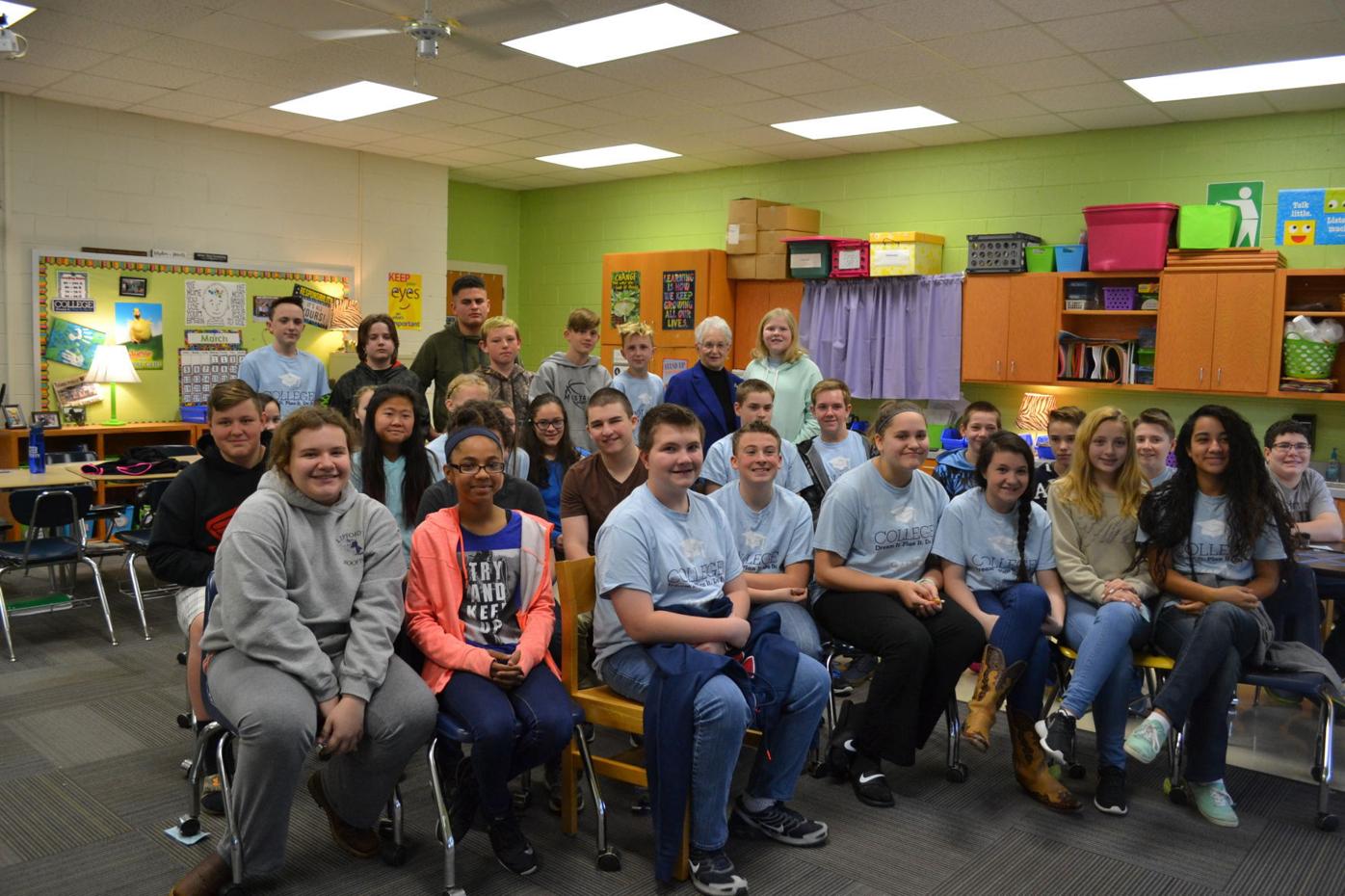 Two student tour guides, Madison Welch and Keadon Anderson, led Foxx around the school to show her various classrooms and activities. The tour ended with Foxx participating in a question-and-answer session with seventh and eighth grade students.

Foxx started explaining her background to the students by sharing that she grew up in Avery County, where she would milk cows twice a day and pick potatoes with her family. At age 12, she said she got her first job at Crossnore Weaving Room where she earned 20 cents an hour.

“I learned a lot about doing things precisely,” Foxx said. “In all of the jobs I’ve had, I’ve had a great education in how to do things right.”

The congresswoman told the students how she was the first in her family to graduate high school while working as a janitor, attended college to gain an undergraduate degree in education and then went on to gain a master’s and doctoral degrees.

Questions from students for Foxx consisted of how her degrees helped her in her career, what she likes to do in her free time and why she decided to go from teaching to being in Congress.

Foxx said she first became a professor at Appalachian State University, then the president of Mayland Community College, served for 12 years on the Watauga County school board, served in the N.C. Senate and then was elected to the U.S. House of Representatives.

“All of those jobs prepared me for what I’m doing now,” Foxx said. “I’m really grateful for having had that privilege.”

Eighth grader Any Timmens said he had researched that Foxx was the chair of the House education and work force committee and asked her what the most difficult part of the job was.

Foxx answered Timmens’ question by saying that learning to manage not only the amount of personnel on the committee but also the amount of subject matter the committee oversees is the toughest part for her. She said the committee deals with education issues, workforce development, pension plans, mining legislation, labor, the Older Americans Act and even child nutrition.

“There’s a lot of people on the outside that want us to do certain things and we only have so much time,” she said. “I have to manage the expectations of the members and what they want to accomplish.”

The next Bring Your Elected Official to School Day event is March 17 for Mabel School sixth through eighth grade students to get to know more about elected officials, according to Mabel School teacher Sumer Williams. Officials such as N.C. Rep. Jonathan Jordan, N.C. Sen. Deanna Ballard, Commissioner John Welch and Sheriff Len Hagaman will be attending.