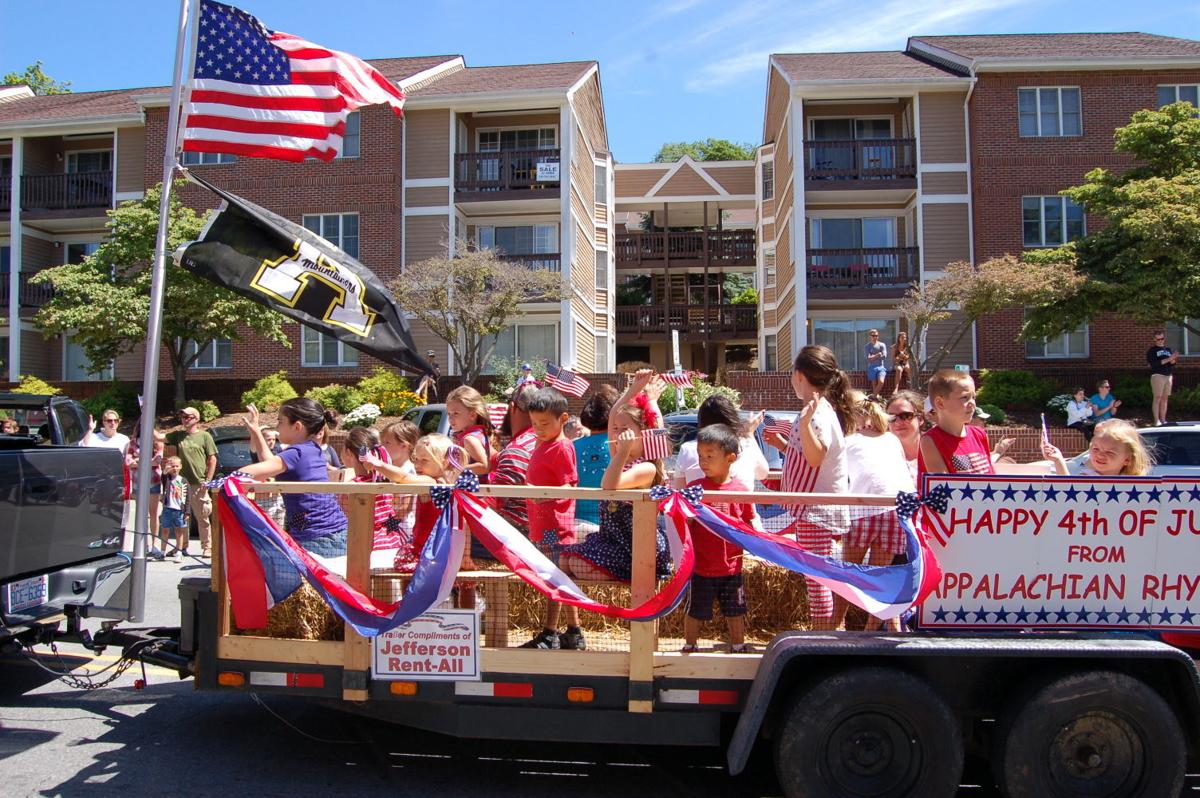 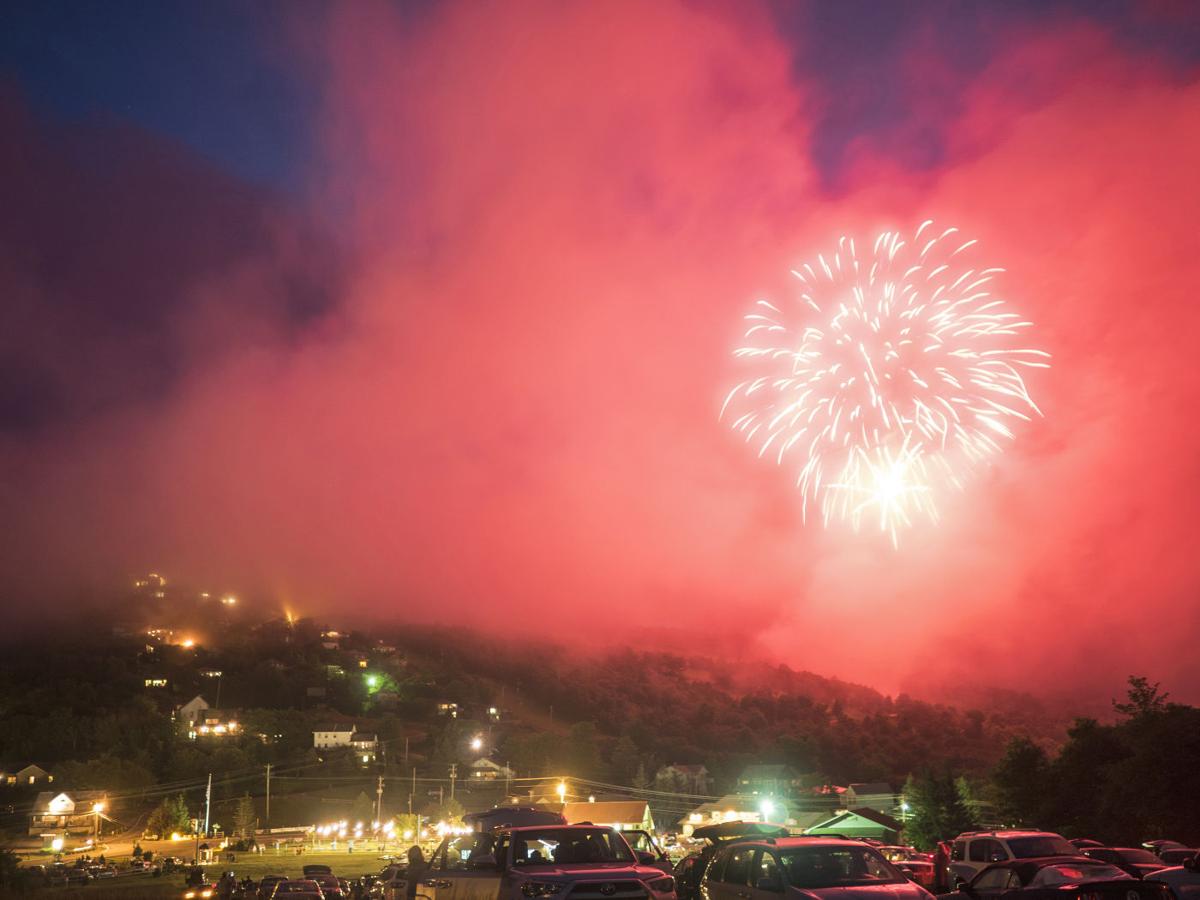 A previous Fourth of July fireworks display lights up the sky over Beech Mountain. 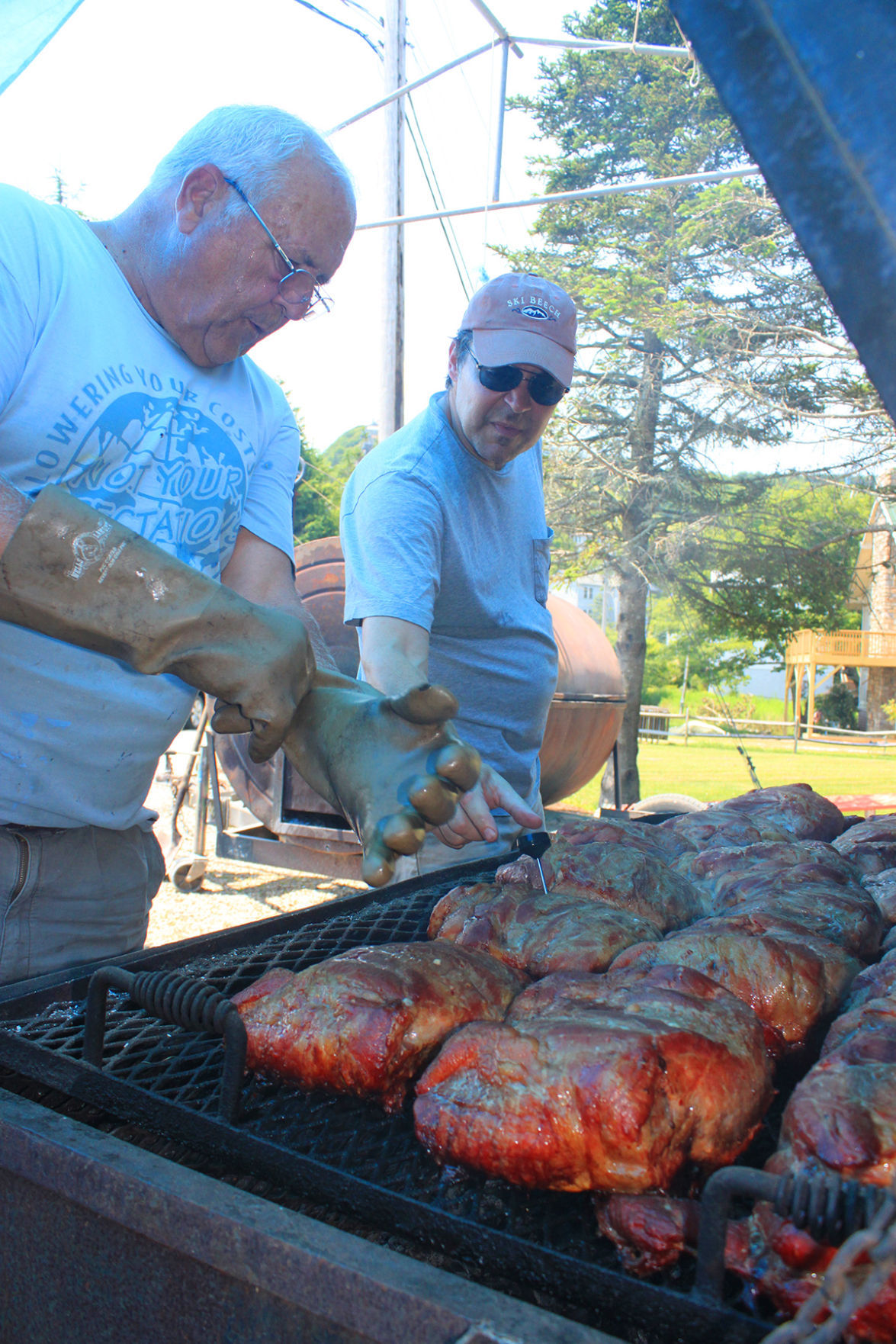 The annual ‘Roasting of the Hog’ will be among the special holiday festivities.

A previous Fourth of July fireworks display lights up the sky over Beech Mountain.

The annual ‘Roasting of the Hog’ will be among the special holiday festivities.

Across the country, Independence Day is a time of remembrance and celebration, and the High Country is no exception.

While freedom and fireworks are common themes throughout, each town and community has its own twist on the holiday.

Below is a list of celebrations spanning Ashe County, Avery County and Watauga County, complete with times, locations and a brief description of what to expect.

From watermelon-eating competitions to duck races to Santa Claus, here is your guide to the High Country’s Independence Day events:

The Johnson Brothers return to Riverwalk Park in Newland to perform in the Riverwalk Concert Series. After the performance, make sure to stay for the fireworks.

Highlights include a mile-high fireworks show Saturday night atop Beech Mountain and an all-American parade Monday on Main Street in Banner Elk.

Both the fireworks show and the parade include other activities, such as family games, barbecue feasts and live music.

The weekend headliner will be Charlotte band Brandon Kirkley and the Firecrackers playing a 3 p.m. Sunday concert in the town meadow at Beech Mountain.

There is no admission charge for most of the nine bands playing at various venues across the four days, including the Sunday concert in the Beech town meadow.

Arts aficionados can take advantage of the four-day Art on the Greene fine arts and crafts show in downtown Banner Elk, as well as three stage performances of “Mary Poppins” by the Lees-McRae College Summer Theatre in Banner Elk.

Another activity is the two-day NatuRally Beech Weekend (Saturday and Sunday) hosted by the Buckeye Recreation Center. It includes educational programs, hikes, and workshops on the local environment.

A craft beer “colla-brew-ration” is on tap. Beech Mountain Brewing Co. and Flat Top Brewing Co. have teamed on a summer wheat IPA dubbed “Red, Wheat & Brew,” which will be available at both breweries throughout the weekend.

On the second day of Christmas, the festival brings to you arts and craft vendors, nonprofits, music, Civil War reenactors, food vendors, activities for children and more. Santa might even make an appearance.

Spend the morning competing in water balloon tossing, watermelon eating and an obstacle course, among other park games. The parade starts at 2 p.m. on Main Street, followed by live bluegrass music and fireworks at the Blowing Rock Country Club.

Beech Mountain Ski Resort hosts an event celebrated for almost half a century. Celebrate with music, face painting, barbecue and, of course, fireworks.

Wish you had a chance to visit the 1700s? Attend this free event at Hickory Ridge Living History Museum in Boone, and you’ll get pretty close.

Activities range from hearing a live reading of the Declaration of Independence to drinking apple cider and burning King George III’s effigy.

The town of Seven Devils will host its 13th SafetyFest with a barbecue dinner, raffle, craft show, silent auction, live music games and activities for kids to do

Everyone is invited to eat in at town hall or stop by for carryout.

Live music with Grass County Line will be from 10 a.m. to 2 p.m. Bring a chair or blanket to sit on.

The Independence Day parade makes its way down King Street, and don’t forget to head to the Jones House Community Center in downtown afterward to join the mayor of Boone for refreshments.

Starting 30 minutes after dark, Zambelli Fireworks puts on a show to finish off Independence Day at Clawson-Burnley Park.

The Fourth of July (Crossnore)

Sponsored by the Crossnore Volunteer Fire Department, this event begins with a craft fair in the morning followed by hamburgers and hot dogs for sale, a parade at 4 p.m., free watermelon and a street dance. Lastly, the firemen put on their own fireworks display.

Tweetsie stays open until 9 p.m and fireworks follow shortly after for the price of $10 per car. There is also an optional dinner buffet at the Hacienda prior to the celebration.

Located at the corner of N.C. Highway 194 North and Railroad Grade Road in Todd, the Liberty Parade has been hosted by the Elkland Art Center for 10 years. “Justice for All” is the parade’s theme, and it includes a performance of “Winds of Change” with giant puppets.

The Blowing Rock School Auditorium hosts the two groups as they mash up their respective sounds to celebrate Independence Day with patriotic songs, including tributes to each branch of the military. The concert ends early to make sure guests can get out in time to watch fireworks.

Enjoy a small town parade, followed by a “Party in the Park” at Tate Evans Park hosted by the Kiwanis. The party includes food, games and the “Great American Duck Races.”

In its first year, the event has carnival activities, including a dunk tank and free hot dogs, drinks and more at the Buckeye Recreation Center atop Beech Mountain. To RSVP, call (828) 387-3003.

A previous version of this article stated the incorrect time for the Blowing Rock Fourth of July parade on Saturday, July 2. The parade starts at 2 p.m.

While fireworks can be a fun way to celebrate the holiday, there are rules and regulations in place to ensure the safety of everyone involved. For example, fireworks are prohibited on all National Forest land, regardless of weather conditions or holidays.

According to the Boone Fire Department, only fireworks that can be purchased in North Carolina should be used by anyone other than professionals. They also advise that children should be supervised at all times when near fireworks, and they recommend that there should always be a source of water nearby in case of emergency.

Amy Flieg, a prevention specialist for the Boone Fire Department, said that fireworks cause 20,000 reported fires a year. She also stated that sparklers are the cause of 41 percent of all firework-related injuries. Also, be mindful of noise ordinances in your area, as fireworks can cause violations.

Here are some other tips to help your fireworks experience go off without a hitch: