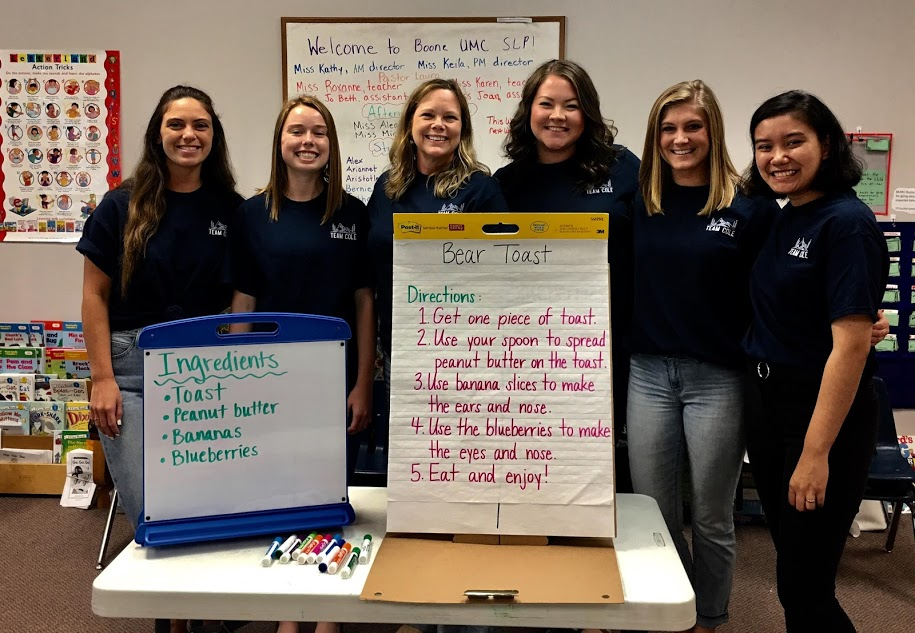 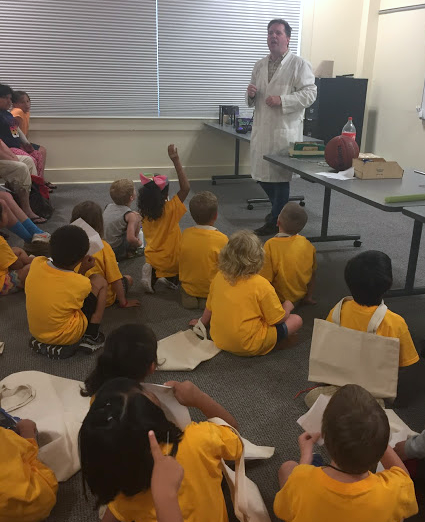 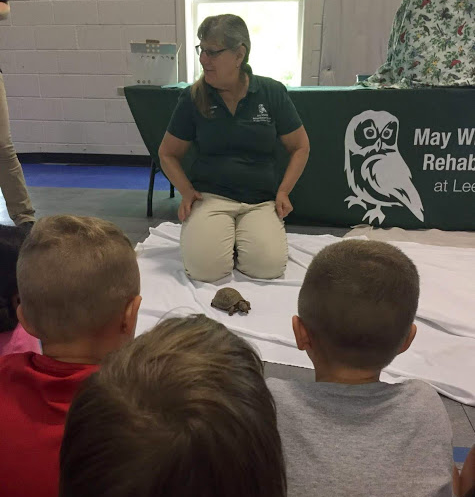 Nina Fischesser, director of the May Wildlife Rehabilitation Center, visits with kids in a summer literary program through the Boone United Methodist Church.

Nina Fischesser, director of the May Wildlife Rehabilitation Center, visits with kids in a summer literary program through the Boone United Methodist Church.

With help from a three-year grant from the Duke Endowment, Boone United Methodist Church hosted a summer literacy program for 19 rising first-grade students.

Laura Byrch, pastor of community engagement at BUMC, said the church was chosen as one of 13 congregations in rural communities across the state to host the program. The students met with instructors for six weeks with three hours of reading instruction each day and different enrichment activities in the afternoon.

“Research shows that if students aren’t learning during the summer, they can lose ground academically,” according to the Duke Endowment. “Consequences can be cumulative and long-lasting – and the gap is often harder to close once it opens.”

According to the Duke Endowment, it launched an effort in 2012 to help rural churches provide a multi-faceted summer-learning intervention to improve literacy among elementary school students in their communities and keep young minds engaged. It stated that it had promising results from a pilot, and then launched an evaluation process to begin expanding the program. Long-term plans the endowment has include conducting a rigorous impact evaluation by 2021 and potentially replicating and scaling the model to help struggling readers in rural areas across the state.

Byrch said the church learned about the program and two members of the congregation, who were also retired educators, visited a similar summer program in Statesville. The two church members were excited by what they saw and formed a committee to apply for the grant and help start planning, Byrch said.

“It’s a way we can demonstrate our faith in a really practical way by not only showing love to kids but helping them in something that will benefit them for the rest of their lives,” Byrch said.

The grant helped to cover the cost of the program and allowed for locations to compensate teachers and staff for their time. The church chose to open the program to rising first-graders was since Watauga County Schools offers similar programs for second- and third-graders, but not those in first.

The program is planned to continue next summer for the second year of the grant, and may incorporate second-graders as well. This year the course was capped at 24 students, next year could potentially host 30 children.

“That early intervention can make a huge difference,” Byrch said.

Students who participated were from Hardin Park, Parkway, Valle Crucis and Blowing Rock schools, and were recommended by their teachers. Instructors for the program were public school teachers who had a specialty in reading, Byrch said. Two site directors also helped the program run smoothly.

Keila Hernandez-Sullivan served as the site director for the afternoon portion of the program, and said each week would follow a different theme — such as animals, STEM, cultures and art. The children would take field trips based on the theme as well as have community members come and visit the kids. For example, Hernandez-Sullivan said the children visited met with faculty from science departments at Appalachian State University for STEM week and representatives from Lees-McRae College brought in animals from its rehabilitation center.

The children would often visit the Watuaga County Public Library to choose books, Hernandez-Sullivan said. The program even hosted a reading competition to reinforce reading at home.

Hernandez-Sullivan said she is a proponent of early literacy, and as a social worker sees literacy as a piece of a person’s overall wellbeing. She said instructors were trauma-informed throughout the process, and had mental health check-ins with the participating students.

The program also helped families to try to create a habit of reading as a family dynamic. Before the program started, organizers met with the families of the students in their homes to get to know the family. Parents and siblings were also invited to come to the church, have a meal and meet with teachers to discuss the child’s progress and how they could be helping their child, Byrch said.

“The kids showed more excitement about reading and displayed more confidence related to reading by the end of the program,” Byrch said. “They showed great improvement during the summer, so that was really exciting to see that they were all making huge strides in their reading.”

Hernandez-Sullivan said many of the children didn’t enjoy reading at the beginning of the six-week course, but could at least appreciate it and enjoy it more by the end. She said she had parents tell her that their kids were asking to be read to more at nighttime and wanted to read more at home.

Byrch said the church had lots of community involvement, and would always love more volunteers. Those who would like to volunteer can contact the main church office at (828) 264-6090 or contact Byrch at laura@booneumc.org.