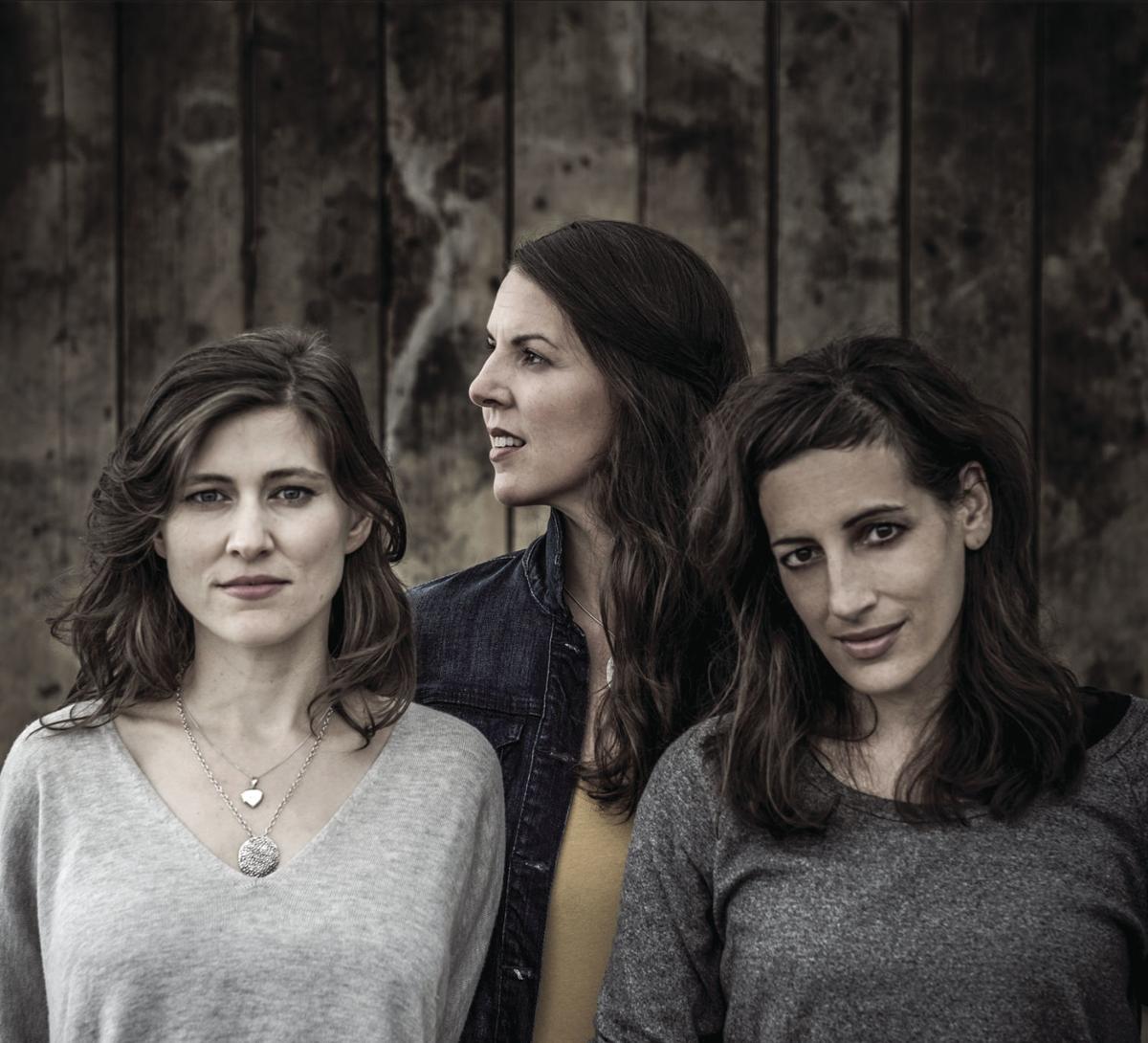 The Wailin’ Jennys hail from Winnipeg, Manitoba, and bring a night of music to the Appalachian Theatre in March. 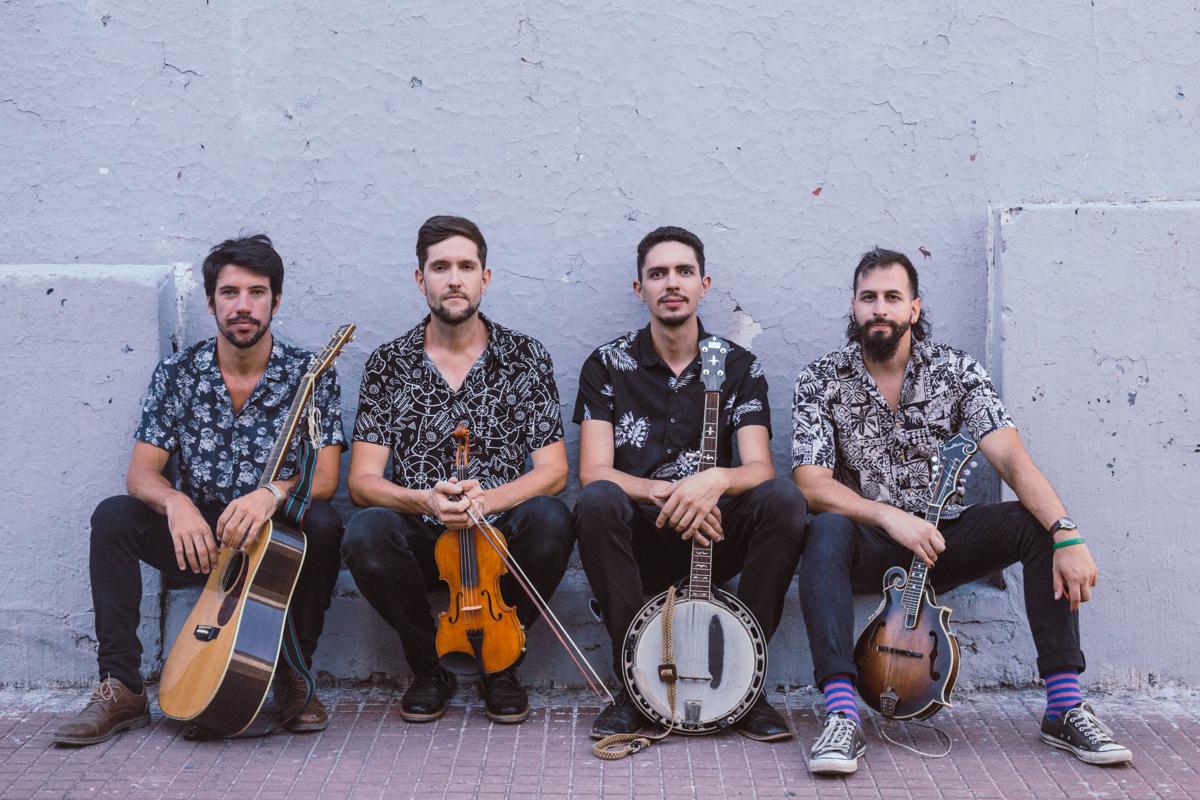 Che Apalache brings a new style of bluegrass to Boone on March 27. 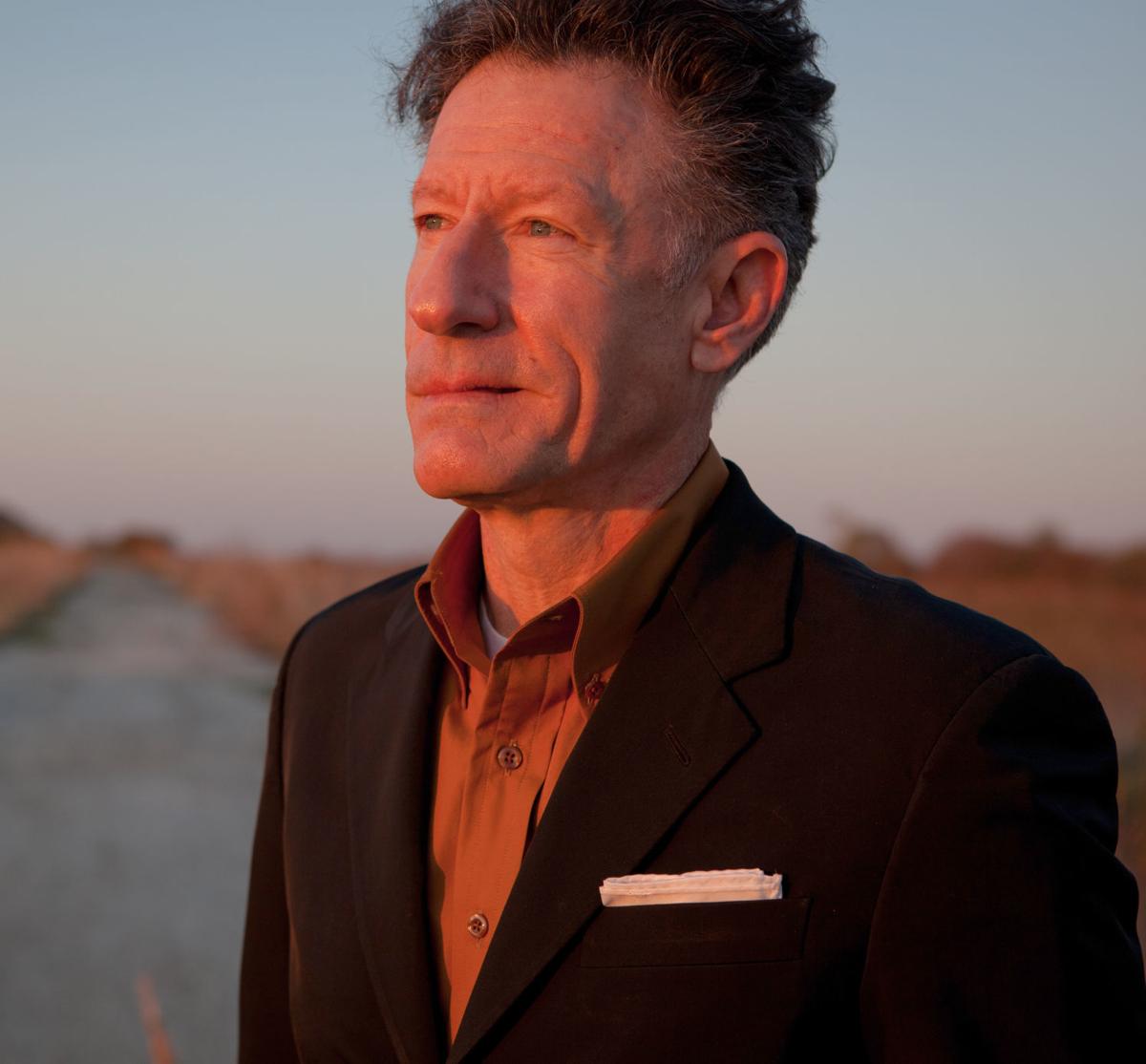 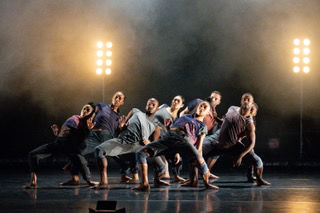 A.I.M is a representation of dancers from various disciplines and diverse personal backgrounds brought together through a love of hip hop. They will perform as a part of the 'Schaefer Center Presents...' series for the 2019-20 season.

Erynn Marshall and Carl Jones are set to perform in Boone in March. 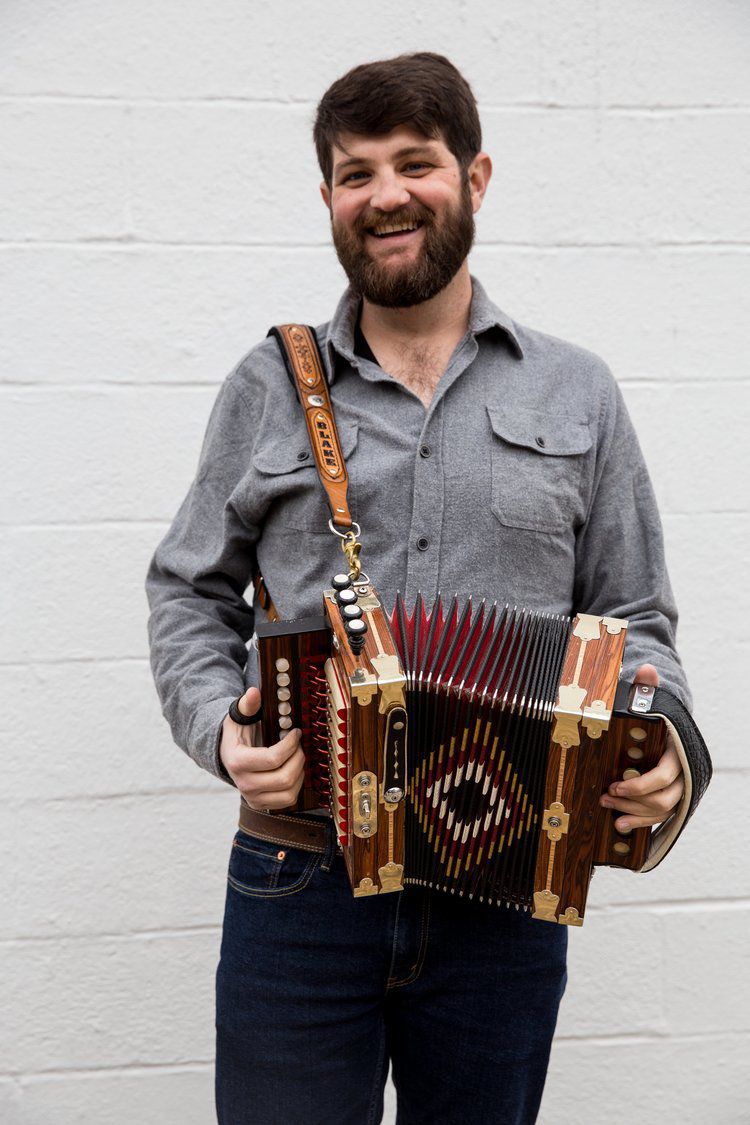 Blake Miller and the Old-Fashioned Aces from Louisiana perform in Boone as a part of the Jones House’s 2020 Spring Indoor Concert Series.

The Wailin’ Jennys hail from Winnipeg, Manitoba, and bring a night of music to the Appalachian Theatre in March.

Che Apalache brings a new style of bluegrass to Boone on March 27.

A.I.M is a representation of dancers from various disciplines and diverse personal backgrounds brought together through a love of hip hop. They will perform as a part of the 'Schaefer Center Presents...' series for the 2019-20 season.

Erynn Marshall and Carl Jones are set to perform in Boone in March.

Blake Miller and the Old-Fashioned Aces from Louisiana perform in Boone as a part of the Jones House’s 2020 Spring Indoor Concert Series.

Whether it’s a Canadian music group at the Appalachian Theatre, an Irish dance company at the Schaefer Center or flatpicking rhythms at the Jones House, world-renowned entertainment is coming to Boone this winter and spring.

Less than three months after its successful opening, Appalachian Theatre Executive Director Laura Kratt announced details on Jan. 12 for the next three concert events at the theater.

First up will be the “You and Me Tour: An Evening with Drew and Ellie Holcomb” featuring the popular husband and wife Americana duo from Nashville at 7:30 p.m. on Saturday, Feb. 22. Shortly after their marriage in 2006, the couple began touring together with Drew Holcomb and The Neighbors. The band has supported many national touring acts including The Avett Brothers, Don Henley and Willie Nelson. While Ellie is no longer a touring member of “The Neighbors,” she has found success in a solo career as a Christian singer-songwriter.

Tickets are $35 per person, and current availability is limited.

Next, the harmonies of The Wailin’ Jennys will fill the Appalachian Theatre for a one-night-only concert at 7:30 p.m. on Saturday, March 7, with tickets starting at $35. This popular music group from Winnipeg, Manitoba, has been featured several times on the American Public Media program “A Prairie Home Companion” and their album “Firecracker” peaked at No. 2 on the Billboard Bluegrass charts.

A stand-out among the adventurous new generation of Canadian roots music bands, App Theatre stated that the trio of singer-songwriters make “powerful, lush music that resonates deep in the soul.” The group features the three-part harmonies of Ruth Moody, Nicky Mehta and Heather Masse.

“This blend of Appalachian and Latin music took me completely off guard and won me over instantly,” said American banjo player Béla Fleck. “This is a band to watch.”

Tickets are available online at www.apptheatre.org and during box office hours at the theatre for in person and phone sales at (828) 865-3000. The theater’s onsite box office hours are from 11 a.m. to 3 p.m. weekdays and one hour prior to each curtain, should tickets remain available.

The final stretch of the 2019-20 season of “The Schaefer Center Presents …” performing arts series extends from Feb. 1 through April 4.

Singer, composer and actor Lyle Lovett starts off the series again on Saturday, Feb. 1, at 7 p.m. According to the Schaefer Center, Lovett has broadened the definition of American music in a career that spans 14 albums. Coupled with his gift for storytelling, the Texas-based musician fuses elements of country, swing, jazz, folk, gospel and blues. Tickets for this show are $45 for adults, $40 for faculty/staff and $35 for students.

Next is A.I.M at 7 p.m. on Wednesday, Feb. 5. Award-winning choreographer Kyle Abraham’s work offers a rumination on history, identity and community. His New York-based dance troupe — A.I.M — is comprised of a diverse representation of dancers who meld modern, classical, street and hip-hop movement. According to the Schaefer Center, A.I.M tackles issues involving race, longing and loss, violence, love and community. Among Abraham’s numerous honors include the Jacob’s Pillow Dance Award in 2012, being named a MacArthur fellow in 2013 and was a 2016 recipient of a Doris Duke Artist Award.

Tickets for the A.I.M show are $25 for adults, $15 for local residents/faculty/staff and $5 for students.

Attendees can enjoy the Trinity Irish Dance Company at 7 p.m. on Saturday, Feb. 22. According to Schaefer Center, the Trinity Irish Dance Company is a fusion of Ireland’s vibrant and longstanding dance form and elements of American innovation. The center added that the group has hard-driving percussive power, lightning-fast agility and aerial grace. Artistic director Mark Howard’s uniquely Irish-American company was the birthplace of progressive Irish dance, which opened new avenues of artistic expression that led directly to commercial productions such as Riverdance. Tickets for the show are $25 for adults, $20 for faculty/staff and $10 for students.

L.A. Theatre Works: “Seven” — a documentary-style play — is coming to the center at 7 p.m. on Tuesday, March 24. The is based on personal interviews with seven women from around the world who faced life-threatening obstacles before bringing heroic changes to their home countries, according to the Schaefer Center.

Seven female playwrights — Carol K. Mack, Anna Deavere Smith, Paula Cizmar, Catherine Filloux, Gail Kriegel, Ruth Margraff and Susan Yankowitz — collaborated to create a tapestry of stories that weave together the words of these women. The play dramatizes their struggles and triumphs over resistance, death threats, entrenched norms and pervasive violence. Tickets for this show are $25 for adults, $20 for faculty/staff and $10 for students.

Rosanne Cash, promoting her recent “She Remembers Everything” album, is performing in Boone at 7 p.m. on Saturday, April 4. Carrying on the family legacy, Cash comes to Boone promoting her recently released album, that the center calls a “poetic, lush and soulful collection of songs” that address a flawed and complicated world.

The 2020 Spring Indoor Concert Series at the Jones House plans to host several shows in the 40-seat Mazie Jones Gallery. The series kicks off on Feb. 5 at 7:30 p.m. with Blake Miller and the Old-Fashioned Aces — a band from Lafayette, La.

According to the Jones House, the trio will bring traditional, but fresh, Cajun sounds featuring guitar, fiddle and accordion. Organizers stated that the “infectious rhythms and unique vocal intonations (of) these bilingual bayou balladeers provide what they refer to as ‘comfort food for the Cajun music fan.’”

The location will then host local flatpicking phenom Presley Barker at 7:30 p.m. Friday, Feb. 21. The Jones House states that Barker will bring his signature rockabilly style and effervescent charm to the stage. A native of the Appalachian mountain region, Barker has played guitar alongside some of the industry’s greats, including a performance with Ricky Skaggs at the Grand Ole Opry. The Jones House described Barker as a “guitar virtuoso with a smooth voice and a spirited stage presence.”

Old-time Southern duo, Erynn Marshall and Carl Jones, from Galax, Va., will be at the Jones House at 4 p.m. on Sunday, March 21. Both awarding-winning instrumentalists, Marshall and Jones stay true to their old time music roots, according to the Jones House. Organizers stated that the duo’s captivating melodies on the fiddle and guitar, along with sweet vocal harmonies, epitomize the traditional Southern rural sound.

The series continues into April when Americana singer-songwriter and NASCAR great Kyle Petty visits the High Country for an intimate concert at 7:30 p.m. on Friday, April 17.

A decade removed from his stock car racing career, Petty now makes time for another passion — music. According to the Jones House, Petty finds writing and playing his own songs to be a source of comfort and healing.

To end the series, Nashville bluegrass artist and world-renowned flatpick guitarist David Grier takes the stage at 7:30 p.m. on Saturday, May 23. With nearly four decades of performing under his belt, Grier has honed his own distinctive cross-picking style, earning him the award of IBMA Guitar Player of the Year on three separate occasions. He recently released his album “Ways of the World.”

Tickets for spring indoor concerts are $20 and can be reserved by calling the Jones House at (828) 268- 6280. For more information visit www.joneshouse.org.