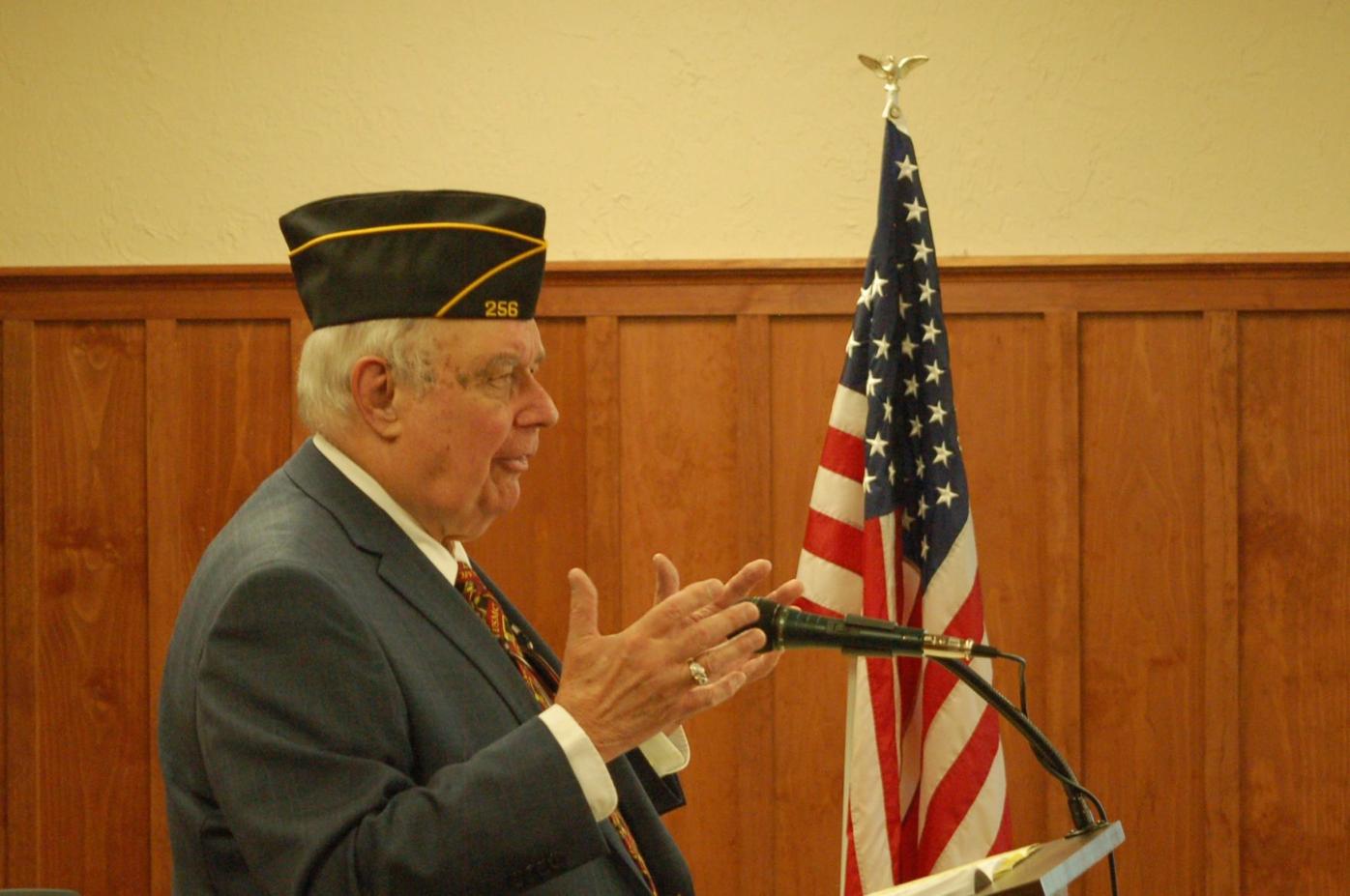 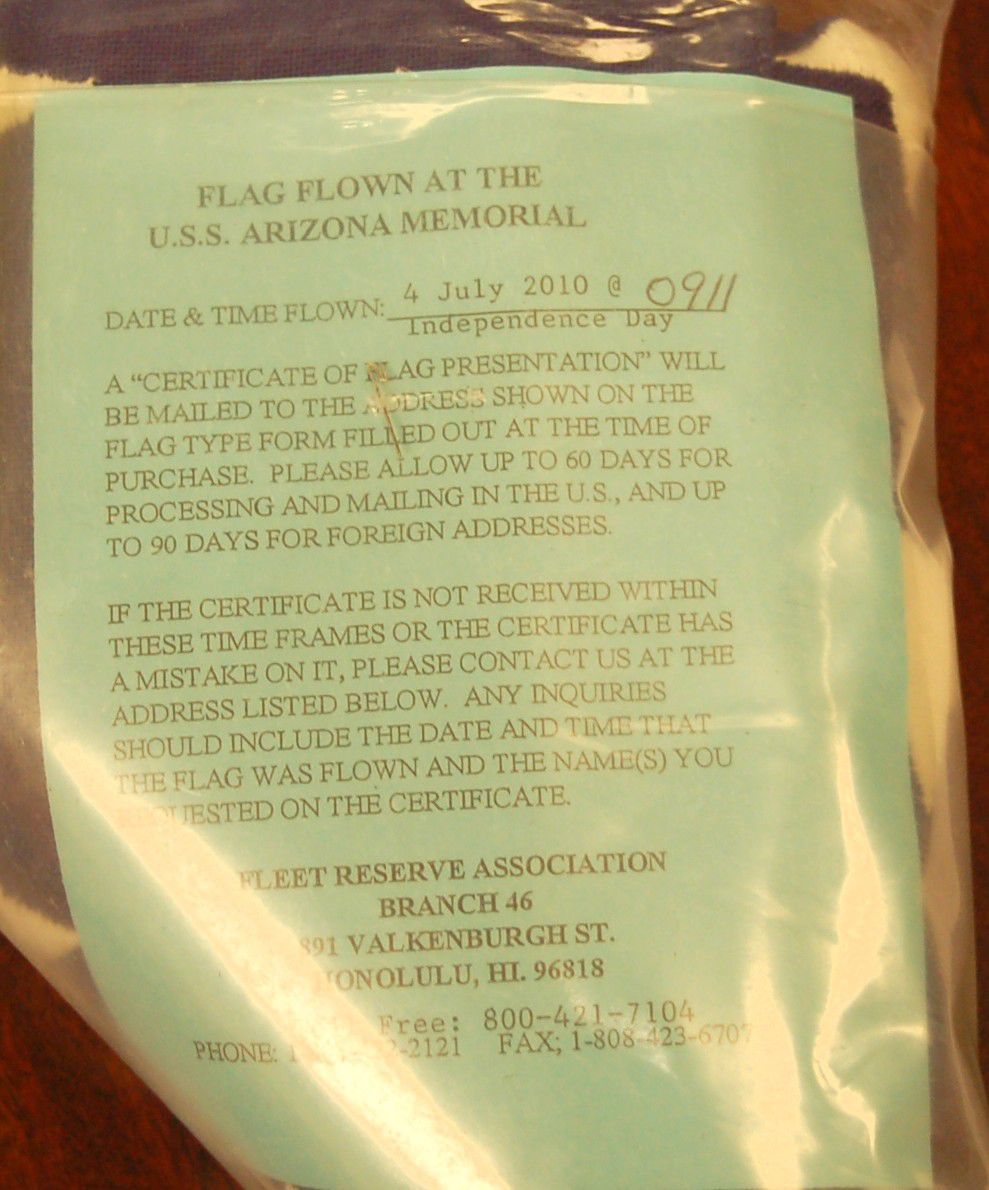 A U.S.S. Arizona Memorial flag that was flown on July 4, 2010, was gifted to the Blowing Rock American Legion Post 256, as shown on Nov. 11 at a Veterans Day ceremony.

A U.S.S. Arizona Memorial flag that was flown on July 4, 2010, was gifted to the Blowing Rock American Legion Post 256, as shown on Nov. 11 at a Veterans Day ceremony.

BLOWING ROCK — With a number of stories of service and jokes mixed in with solemn messages, Blowing Rock held its annual Veterans Day recognition in the 11th hour of the 11 day of the 11th month on Monday at the town’s American Legion Hall.

“Without you, we would not have what we have now and we all thank you so very much, and welcome to Blowing Rock,” Blowing Rock Mayor Charlie Sellers said to the veterans in attendance.

After the national anthem, a medley of songs from the different service branches were played, with former service members from that particular branch asked to stand for their song.

Burroughs spoke about his entrance into the USMC, his training at Paris Island, S.C., and going back recently to see how training is done.

“These young people (in the USMC) are very smart,” Burroughs said. “Today, I can tell you from personal experience that they’re well trained, highly motivated, great people who know what they’re doing and are interested in what they’re doing.”

On the 244th birthday of the USMC, Burroughs told stories about his service, including how to circumvent his color-blindness and his gunnery sergeant, and left the crowd with several thoughts.

“We live in the land of the free because of the brave; we cannot have the first amendment without the second,” Burroughs said. “When you see a service person, just give them a pat on the shoulder ... and thousands of service people will sleep on the ground tonight so you can sleep on your bed, and that’s very important, and hire a vet.”

Yount showed off a U.S. flag that American Legion Post 256 received from Vernon Dunn. The flag is documented to have flown at the USS Arizona Memorial at the Pearl Harbor National Memorial in Honolulu, Hi., on July 4, 2010.

“There are three things that had gotten to me; the Vietnam Memorial in Washington (D.C.) is one of them, the Grand Canyon is the second and the (U.S.S.) Arizona (Memorial) is the third,” Yount said. “It’s sobering.”

Burroughs made the keynote speech at the event in place of longtime Blowing Rock Veterans and Memorial Day storyteller Lt. Col. (Ret.) Bill Parker, who has moved to Asheville, Yount announced.