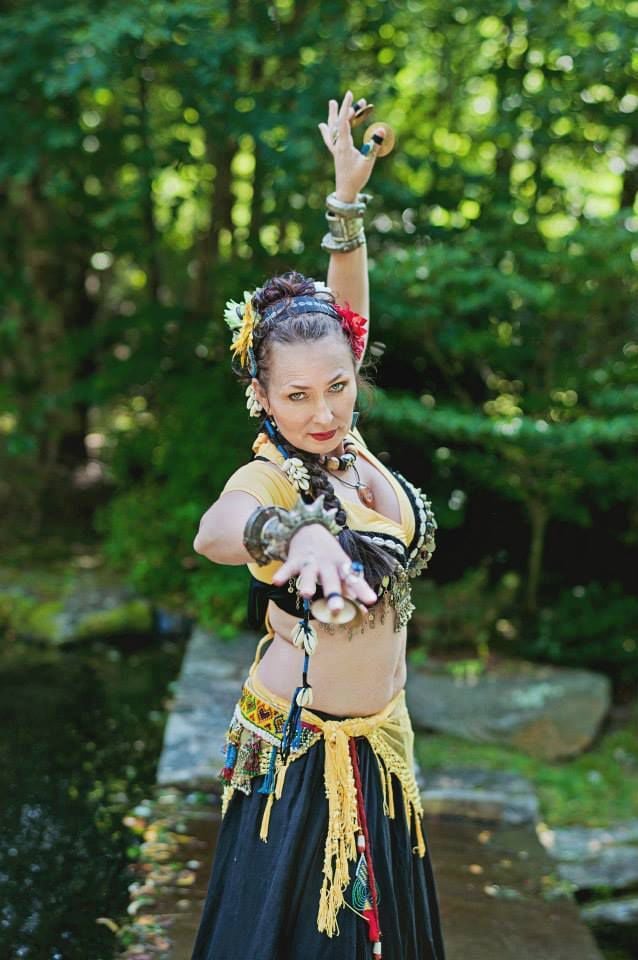 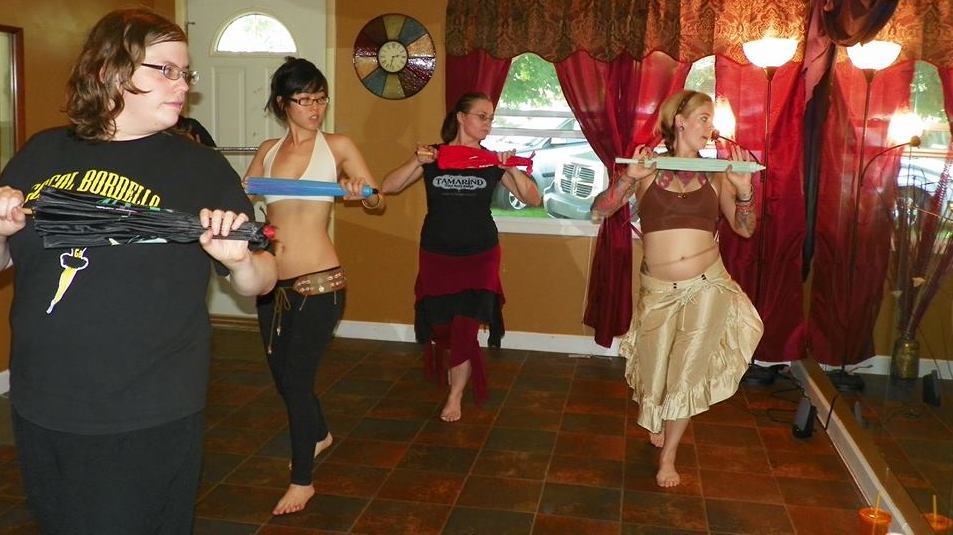 By day, Paula Ransom serves as a computer support technician at Appalachian State University, but she found herself searching for something more fulfilling.

Of an evening, Ransom teaches American Tribal Style belly dancing out of her studio —Ransom Dance Studio — which is attached to her home in Boone.

ATS is a certain type of belly dancing that is based on group improvisation rather than creating a choreographed dance. Ransom said ATS dancers learn a set dance vocabulary — such as the shoulder shimmy/hip drop — and follow a designated leader in the group. The group leader uses body movement cues to signal to the dancers what actions to do next. These movements are often unnoticed to those not familiar with ATS.

ATS dancers also wear a different style of dress compared to traditional belly dancers, who wear a lot of sequins and rhinestones. Ransom said ATS costumes consist of big harem pants underneath two 25 yard skirts, belts with coins/tassels, an open back Choli shirt with hair often wore in buns adorned with coins and flowers. These styles are influenced by various countries such as Turkey, Spain and India.

The interest in belly dancing came for Ransom about 10 years ago. She said she was in her 30s, sat behind a desk for her job and wanted to find an activity she would enjoy that would get her moving.

“It became an important outlet for me,” Ransom said. “At the time I was a single mom of two younger children. I liked having that time away and doing something for myself — which was very rare.”

As a hobby, Ransom took one or two classes a week over the span of a couple years. She said she enjoyed the social aspect of taking classes and getting to meet other women with the same interest.

“If you are the (kind of) person that has that urge, when you don’t have an outlet or an art form, it can cause you to feel empty, unfulfilled and unhappy,” Ransom said. “Even if you have the job, the family and the kids, you feel like there’s something lacking. When you find that art form and it fills that empty space, it makes you happy and fills you with joy.”

Eventually Ransom started taking five to six classes a week in various styles of belly dance. She then received a certification in ATS and decided about four years ago to teach the style after her own teacher moved away.

Ransom teaches another style of belly dance as well, which she calls tribal fusion. Tribal fusion incorporates belly dance with a mix of different dance styles such as cabaret or bollywood.

“Even though I teach them, I’m still a student,” Ransom said. “I’m always learning different genres of dance.”

As a beginner, Ransom said she teaches newcomers the basic movements and primary vocabulary. Beginners have the ability to dance fairly well within a couple months, Ransom said. Within a year, serious students know enough ATS to be confident in dancing with most people.

“It’s like anything else — the more you do it, the better you get at it,” Ransom said. “Even if you know the whole vocabulary, you’re still going to be constantly improving. There are people that have been with me for two and a half years, and they’re still learning new things.”

Ransom’s ATS student dance troupe goes by the name of Unscripted while her tribal fusion troupe is called Chrysalis Chaotic. Additionally, Ransom is a part of the professional belly dance troupe called Brown Coat Belly Dance, which travels to surrounding states to perform. Ransom also founded the Boone Belly Dance Collective — a collective of local belly dancers within an hour radius of Boone.

While there are competitions for other types of belly dance, Ransom said ATS is more about the community of dancers rather than competing. She said dance troupes become like family.

“It’s not about competition, it’s about teamwork,” Ransom said. “Our whole goal is to make each other look good by following and doing what the other person is doing. It’s not a competitive atmosphere in tribal — it’s a more supportive, inclusive, sisterly atmosphere.”

If the leader of the group does a move wrong, the troupe should follow exactly how they did it even if it’s not technically correct, Ransom said.

“If she gets scared and turns around to let you know that she’s done because something went wrong — maybe she just went blank — we quickly circle up and someone else takes the lead,” Ransom said.

The feel of community and the inclusive nature is what Random said is her favorite part of belly dancing. She said belly dancing isn’t exclusive to any race, age, size, sexual orientation or gender.

“It crosses all of those boundaries,” Ransom said. “The love of dance and performance is something you can share with anyone, and you don’t have to have much in common with them.”

Belly dancing does wonders for a woman’s self confidence, Ransom said. Instead of hating their bodies, they grow to love them.

“I’ve seen women who would come to class and be like, ‘I just don’t want to perform because I don’t want to expose my belly in public. I hate my belly,’” Ransom said. “It won’t be long before that person has a completely different attitude. They like their bellies; they don’t have a problem with their bellies being exposed in public because they know there’s nothing wrong with them.”

Using mostly word-of-mouth recommendations for her studio, Ransom said she doesn’t teach classes all the time. However, she said she does plan to start a beginners class soon if there’s enough participation.