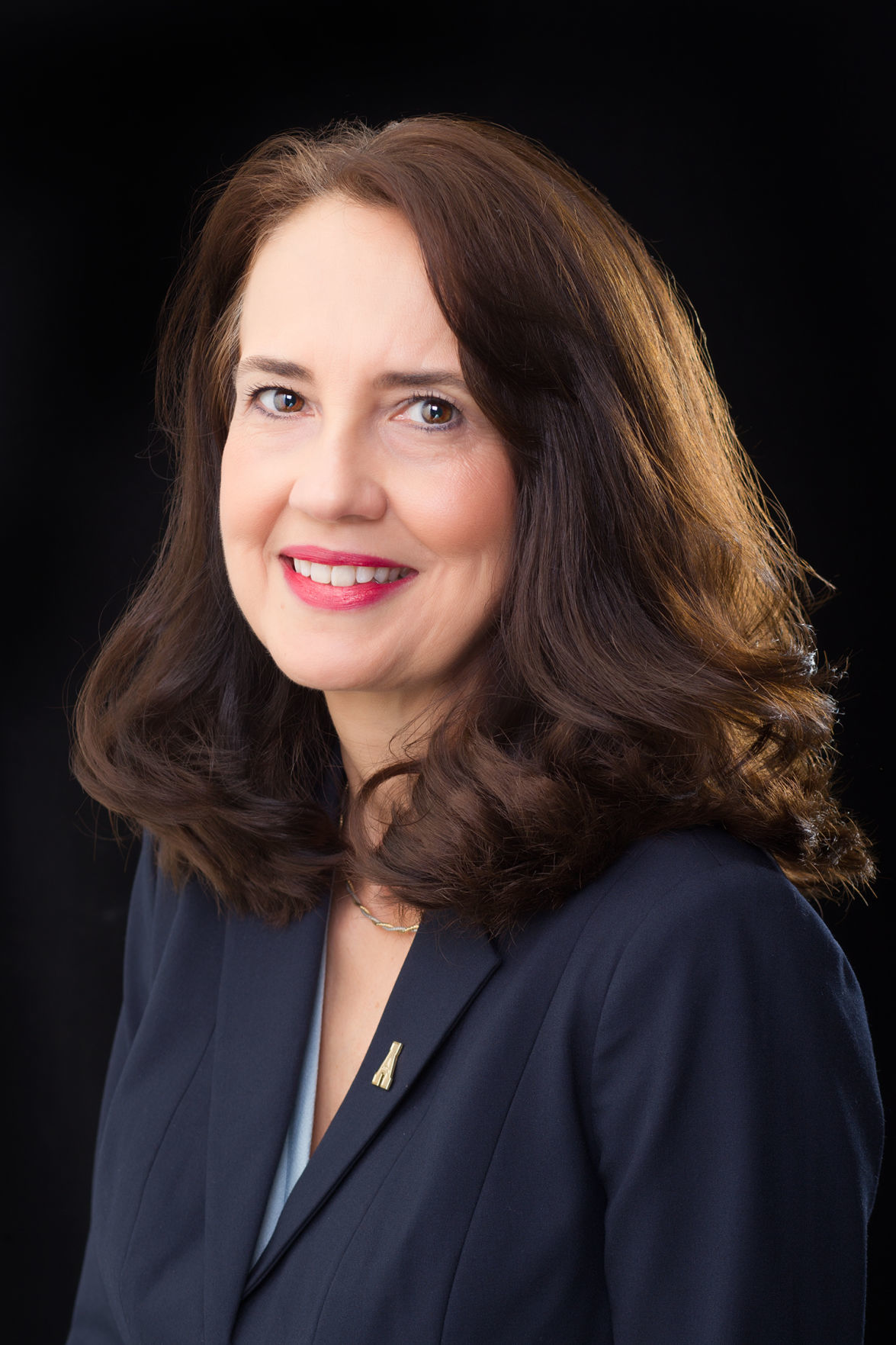 Dr. Sandra Vannoy was named Acting Dean of the Walker College of Business at Appalachian State University in February. She is an Ashe County native who has served in a variety of roles at WCOB including full-time instructor, both assistant and associate dean for graduate programs and research before serving in her current position. 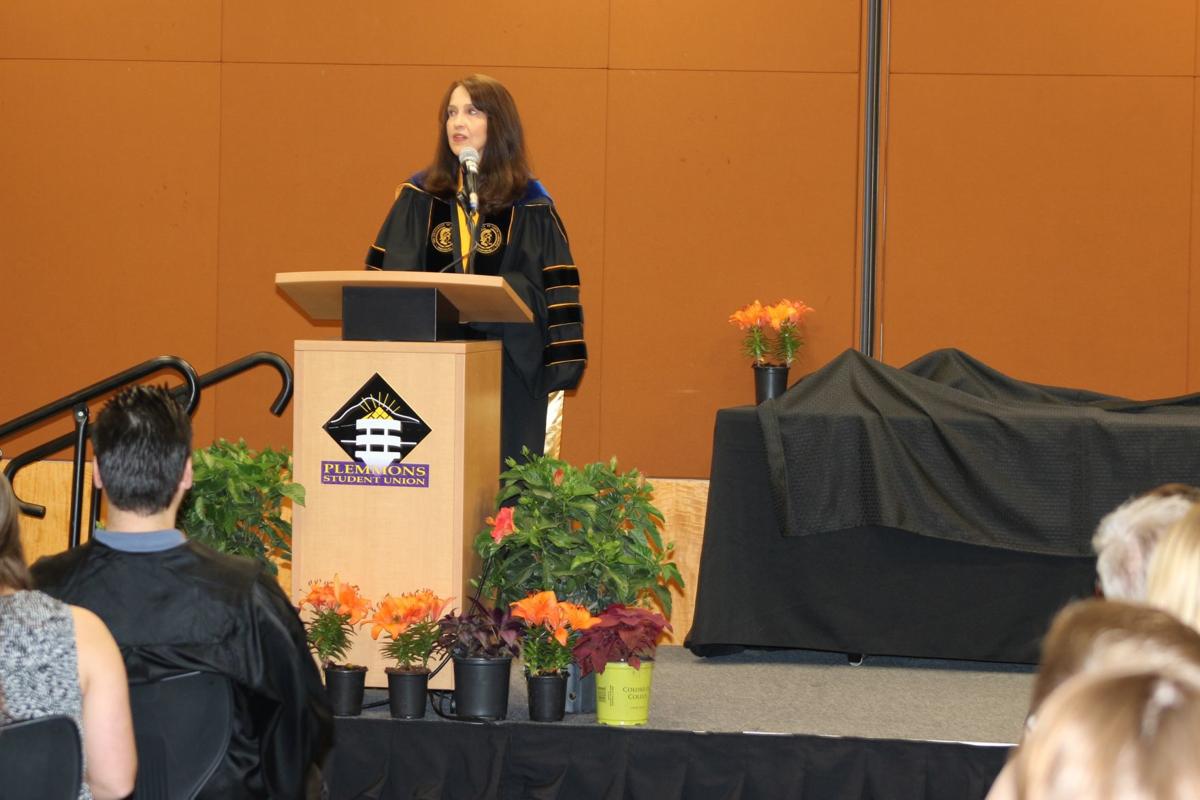 Peacock Hall houses the Walker College of Business, which has the largest undergraduate business enrollment in the 16-college UNC system.

Dr. Sandra Vannoy was named Acting Dean of the Walker College of Business at Appalachian State University in February. She is an Ashe County native who has served in a variety of roles at WCOB including full-time instructor, both assistant and associate dean for graduate programs and research before serving in her current position.

Peacock Hall houses the Walker College of Business, which has the largest undergraduate business enrollment in the 16-college UNC system.

Appalachian State University recently announced that Sandra Vannoy, an Ashe County native who grew up on a farm in Todd beside the New River, was named acting dean of the Walker College of Business in February.

From those roots, Vannoy said she experienced a traditional upbringing by Depression-era parents who strongly believed in hard work and the power of education. Her father, William, is 94 and served as the pastor at Pilot Mountain Baptist Church for many years. Her late mother, Nancy, was a homemaker, while her brother, John, lives in Mooresville, and her sister, Debbie, lives in Todd. Her husband, Jim Todd, is retired from the financial services and manufacturing fields.

Vannoy graduated from Beaver Creek High School in West Jefferson and holds an undergraduate degree in finance and a master’s degree in business administration from Appalachian State.

Prior to her career in education, she worked in a small savings and loan company, and in the financial services area of a skilled nursing facility. According to Vannoy, it was there that she became interested in the field of information systems.

“I went into a small partnership that provided technology solutions to healthcare organizations. While working with the partnership, I was asked to teach a class in the Department of Computer Information Systems in the Walker College of Business,” Vannoy said. “By the end of the first week, I knew that I had found my calling, and shortly thereafter, joined Appalachian’s Walker College of Business faculty full time.”

“My dissertation led to what has probably been my favorite published research project, working with a global manufacturing company to identify the role played by information systems in top management’s decision-making process,” Vannoy said.

Vannoy has directed the MBA and honors programs since 2014. She is a firm believer in student participation in activities that will impact both their personal and professional growth.

“The MBA can increase a trajectory toward leadership positions, and we often have individuals enter the program because the MBA is necessary for promotion or salary increase,” Vannoy said. “I would also say be ready to be stretched beyond your comfort zone. And that’s important for developing leadership skills.”

She has also led the development of a new online MBA program, which is set to launch this fall.

WCOB has experienced alumni asking them to create an online MBA program for years and they are looking forward to offering this opportunity to current and former students, Vannoy said.

Vannoy said the school is excited to be able to deliver the same high quality educational opportunities provided to on-campus students for working professionals and others who want the Walker MBA, but may be unable for various reasons to attend traditional face-to-face classes.

According to Vannoy, the program will follow the same program of study used by on-campus students and classes will be taught by the same world-class faculty who teach in their on-campus program.

Haley Childers, who serves as the communications director for the Walker College of Business, said the school has the largest undergraduate business enrollment in the 16-college UNC system.

In regard to her current position, Vannoy said she was motivated to accept the position of acting dean because she has a heart for service.

The years she spent as an associate dean for programs and research under the leadership of Heather Norris, recently appointed interim provost and executive vice chancellor, taught her that serving the institution was important to her.

“When I was offered the opportunity to serve as acting dean, I didn’t hesitate. We have incredible students, and an amazing team of faculty and staff,” Vannoy said. “Leading the Walker College is an extraordinary honor for me.”

WCOB has a number of major initiatives underway that she will continue to facilitate, with major emphasis on international experiences, sustainable business and experiential learning.

To optimize future success, students are learning not only the business and professional skills needed to be successful, but also to be adaptable and agile.

Many internships are coordinated through a dedicated team of business career services staff and are a key experience that most WCOB students participate in while at Appalachian.

Vannoy has personally led several study abroad programs over the years and will continue to a strong proponent of the importance of global awareness for students.

“I’ve been with the Walker College for a long time and this is my home. I feel very honored that I was given this opportunity,” Vannoy said.