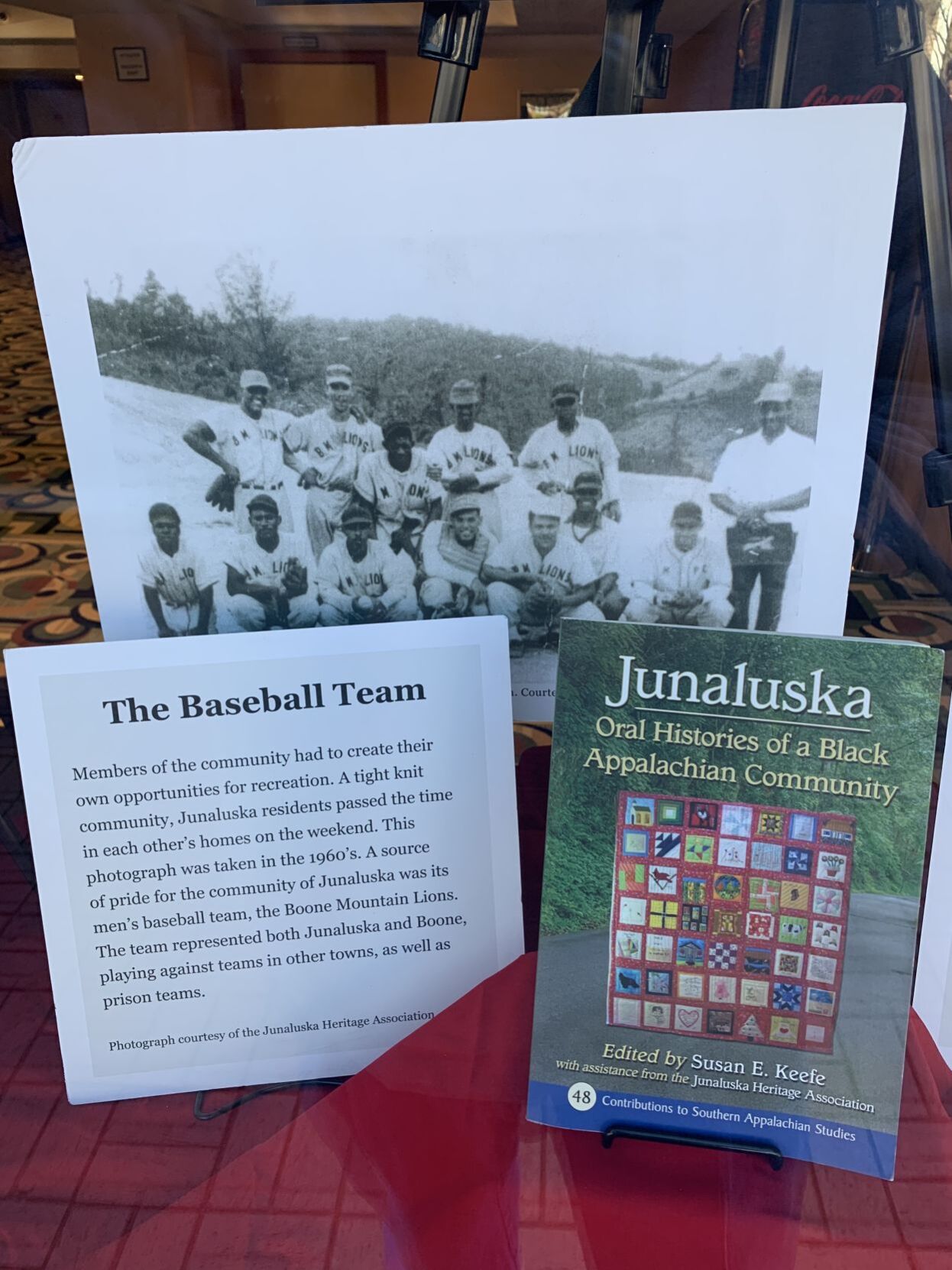 Book and photo on display in the new Junaluska window exhibit. 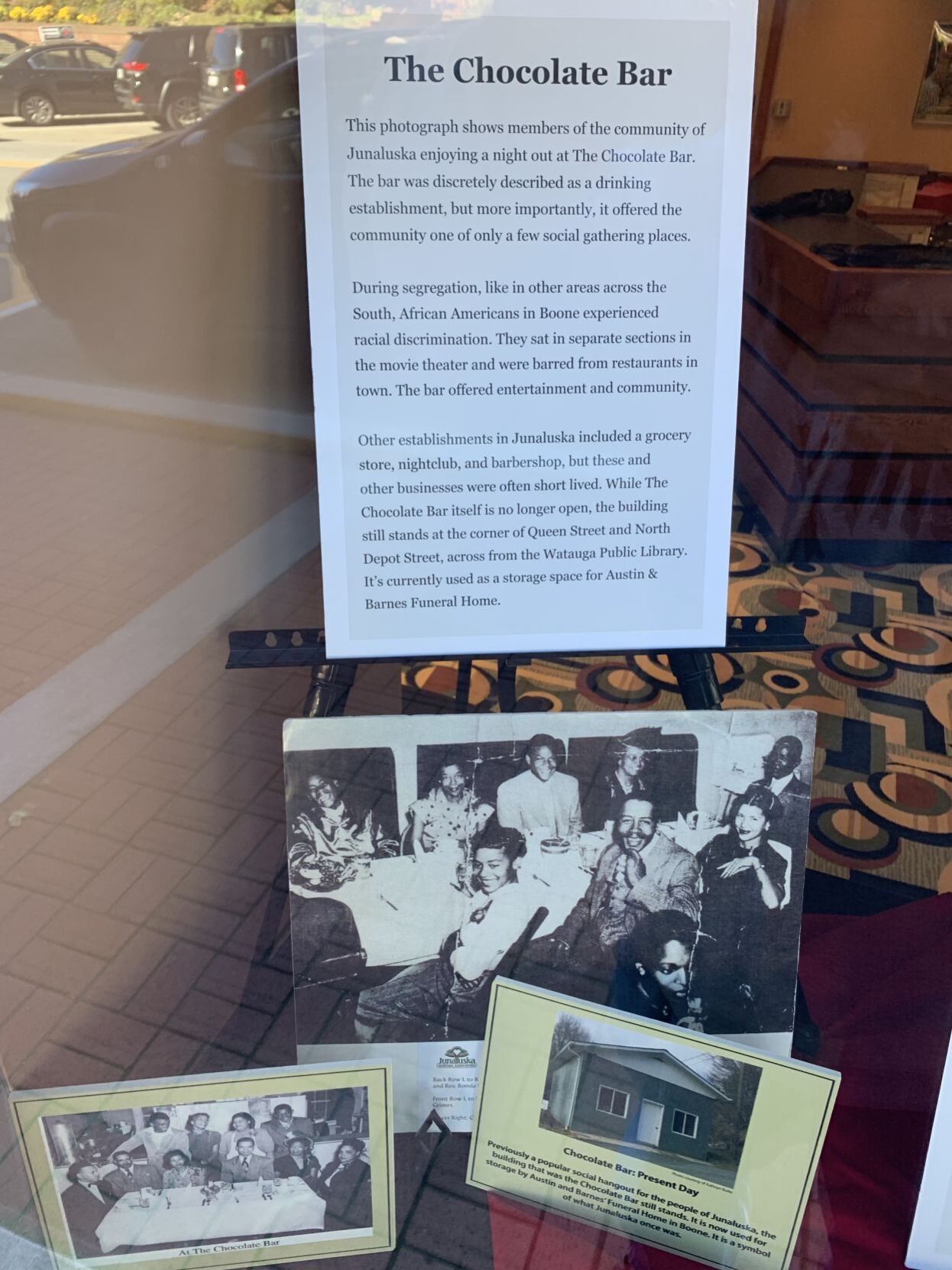 Part of the Junaluska exhibit currently on display at the Appalachian Theater in downtown Boone.

Book and photo on display in the new Junaluska window exhibit.

Part of the Junaluska exhibit currently on display at the Appalachian Theater in downtown Boone.

The display consists of historic photographs, artifacts and signage compiled by Roberta Jackson and other members of the Junaluska Heritage Association, which works to preserve the only remaining African-American Community in Watauga County. Their mission is to assist interested residents of Junaluska in defining, preserving and sharing the history and culture of their mountain community and its origins.

According to ATHC Executive Director Laura Kratt, the theatre’s large display windows reach large numbers of folks in downtown Boone, including local citizens, seasonal residents and visitors to the High Country who stroll up and down the sidewalks in front of the venue. Its King Street location next to the Town of Boone municipal offices generates extensive foot traffic and the display windows provide an opportunity for pedestrians to stop and enjoy each exhibit.

“Normally, the theater’s display windows showcase upcoming events, but while we’re closed, we’re filling the windows with the faces of Boone,” said Kratt. “We’re shining a light on compelling community stories, like our recent Watauga High School performing arts graduates, the people of Hospitality House and this month, the remarkable stories of our Junaluska neighbors,” said Kratt. “Roberta Jackson and all the great folks at the Junaluska Heritage Association created a wonderful display that will be up until Nov. 20. Boone’s history is rich and distinctive and we’re glad to help celebrate it,” said Kratt.

To learn more about the Appalachian Theatre of the High Country, visit their website atwww.apptheatre.org. For more information about the Junaluska Heritage Association, go to https://junaluskaheritage.org.