The award-winning Balsam Range band will perform in Boone on April 18. 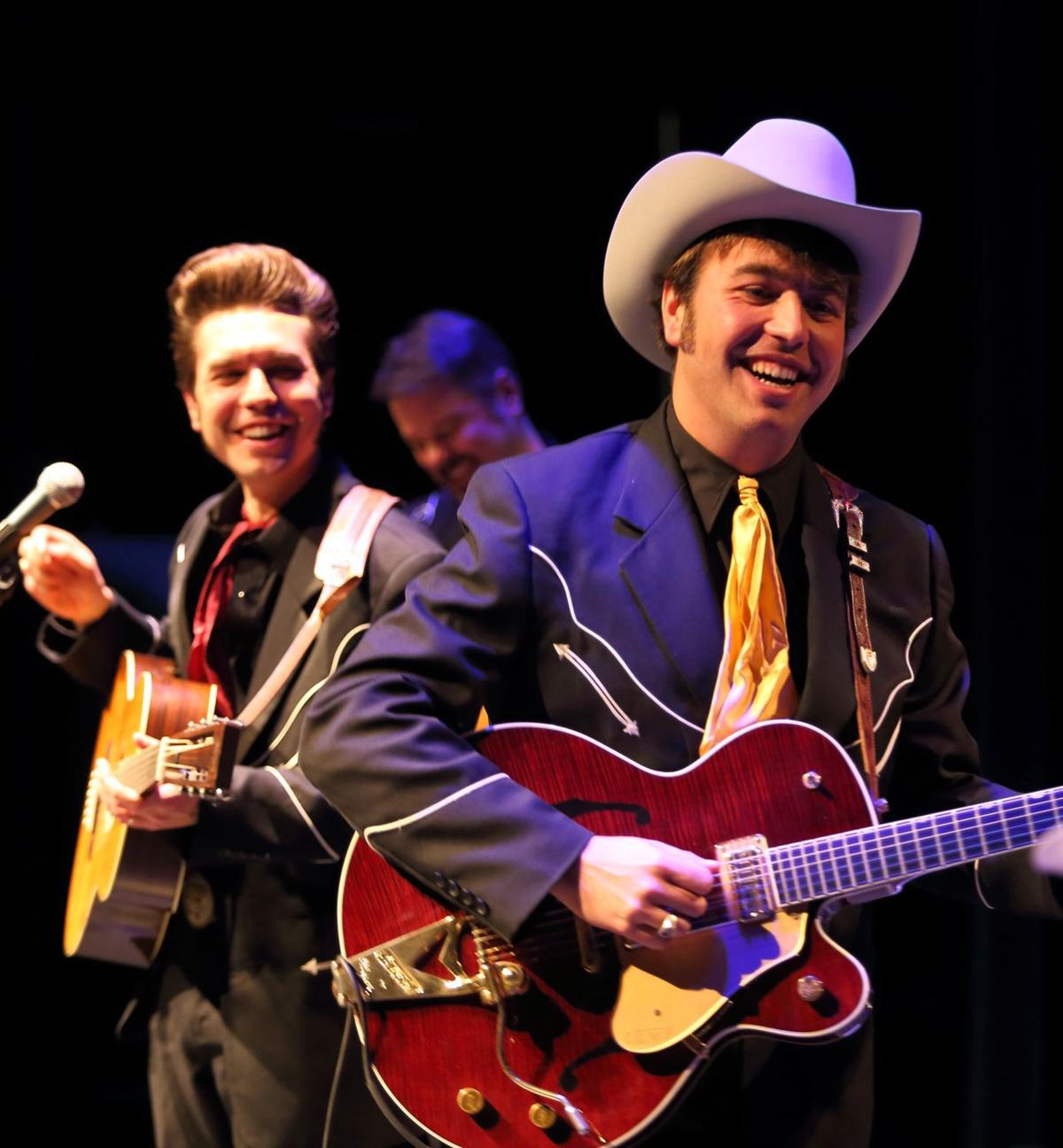 The Malpass Brothers, consisting of Christopher and Taylor Malpass, will bring their unique style of country music to Boone on May 1. 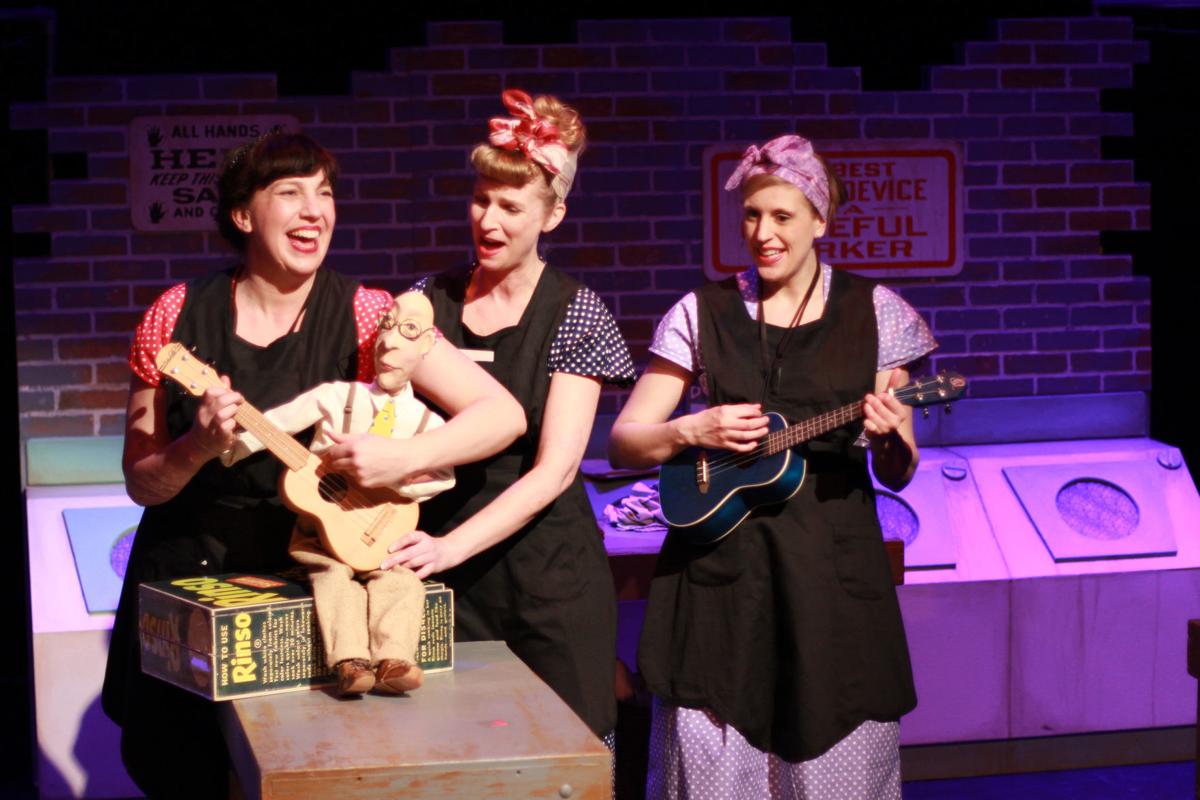 Axis Theatre will perform the ‘Somebody Loves You, Mr. Hatch’ puppet show on April 26 in Boone.

The award-winning Balsam Range band will perform in Boone on April 18.

The Malpass Brothers, consisting of Christopher and Taylor Malpass, will bring their unique style of country music to Boone on May 1.

Axis Theatre will perform the ‘Somebody Loves You, Mr. Hatch’ puppet show on April 26 in Boone.

BOONE — The list of talent and nationally prominent artists slated to appear at the Appalachian Theatre of the High Country continues to grow as three additional events have slated for the spring schedule at the performing arts venue in Boone.

Tickets are now on sale for bluegrass music artists Balsam Range, the national tour of “Somebody Loves You, Mr. Hatch” by Axis Theatre and country music stars The Malpass Brothers. Information for all upcoming events may be found at www.apptheatre.org.

At 7 p.m. on Saturday, April 18, Balsam Range will take the stage of the Appalachian Theatre. The group’s ascent to the top of the bluegrass and acoustic music world has left a well-marked trail of success since the band’s inception in 2007. One of the genre’s most award-winning artists in recent years, Balsam Range has garnered 10 International Bluegrass Music Association Awards, including Entertainers of the Year in 2018, on the heels of six critically acclaimed albums. Tickets are $25 per person.

According to Rolling Stone magazine, “ ... Balsam Range crosses plenty of boundaries, hitting a deft balance between the revered traditions of old-school bluegrass and the hopped-up eclecticism of contemporary newgrass.”

The Axis Theatre will continue family-friendly programming at ATHC during a 3 p.m. matinee performance on Sunday, April 26. Its performance of “Somebody Loves You, Mr. Hatch” is a heartwarming puppet play that examines the effect that kindness can have on a dreary existence. Mr. Hatch lives a colorless, ordered life. He goes to work at the shoelace factory, eats his lunch alone, reads the paper and then goes to bed early. Then, one Valentine’s Day, Mr. Hatch’s world is turned upside down and he begins to make friends and enjoy all the fun parts of life that he once ignored.

The Malpass Brothers band makes its debut performance on the ATHC stage at 7:30 p.m. on Friday, May 1. With sincerity and an ease on stage that belies their years, brothers Christopher and Taylor Malpass layer their smooth vocal blend and skillful musicianship with the deep respect they pay to the country music legends who have paved the way. Both gifted musicians and songwriters, their music is steeped in the legacy of the Louvin Brothers, Johnny Cash, Marty Robbins, Hank Williams Sr. and others.

The brothers toured with the late Don Helms, former steel guitarist for Hank Williams, have opened for music legend Merle Haggard on multiple tours and appeared on stages from the Shetland Islands to Ryman Auditorium to MerleFest.

According to Bluegrass Today, the Malpass Brothers are “ … the best traditional country music that can be seen today.” Tickets are $25 per person.

Tickets are available to the general public beginning on Wednesday, Feb. 12. Tickets can be purchased online at www.apptheatre.org, by calling (828) 865-3000 and at the theater during box office for in-person sales. The theater’s onsite box office hours are from 11 a.m. to 3 p.m. on weekdays and one hour prior to each curtain. The Appalachian Theatre is located at 559 W. King St. in uptown Boone, next to Boone Town Hall.