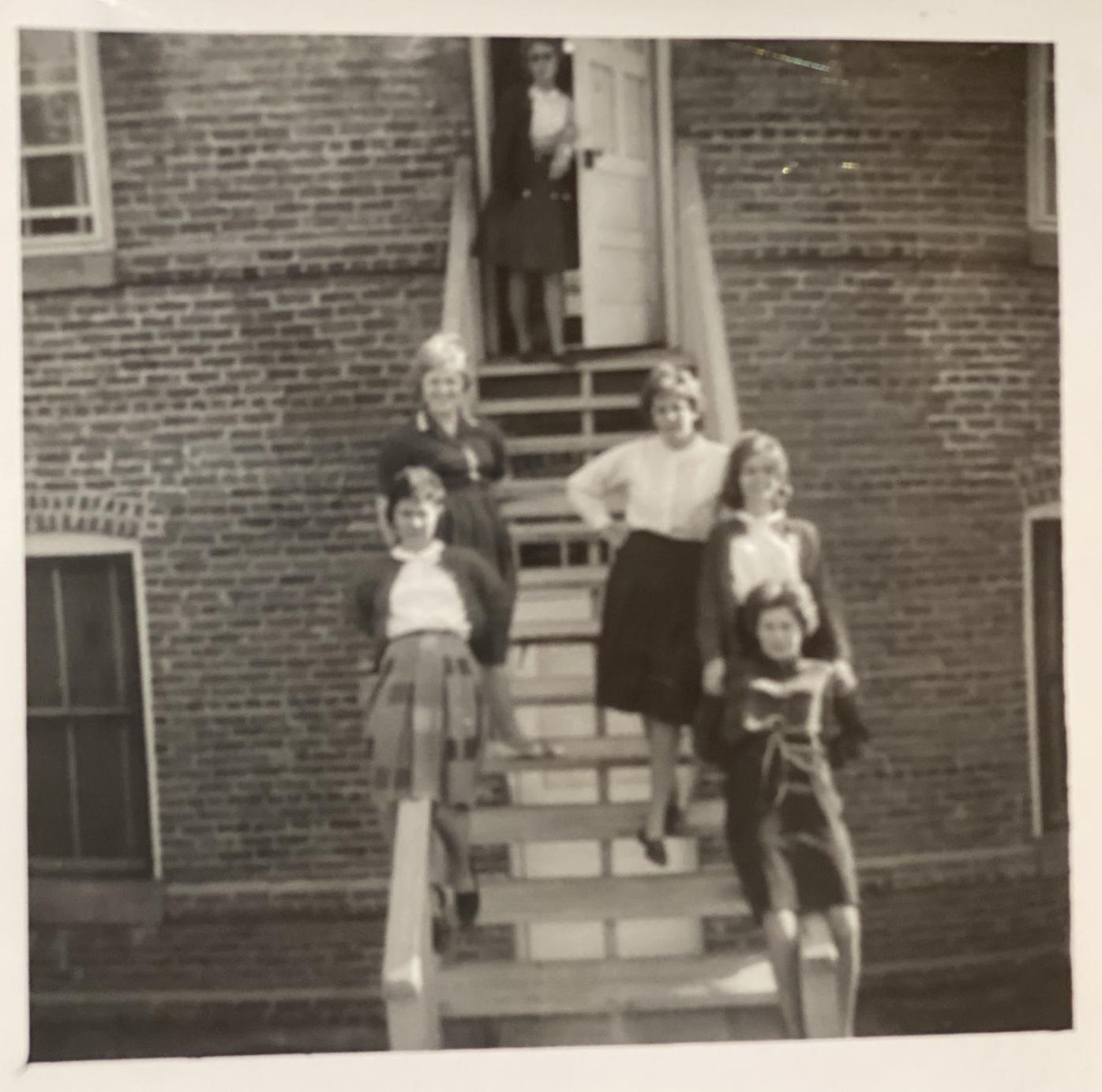 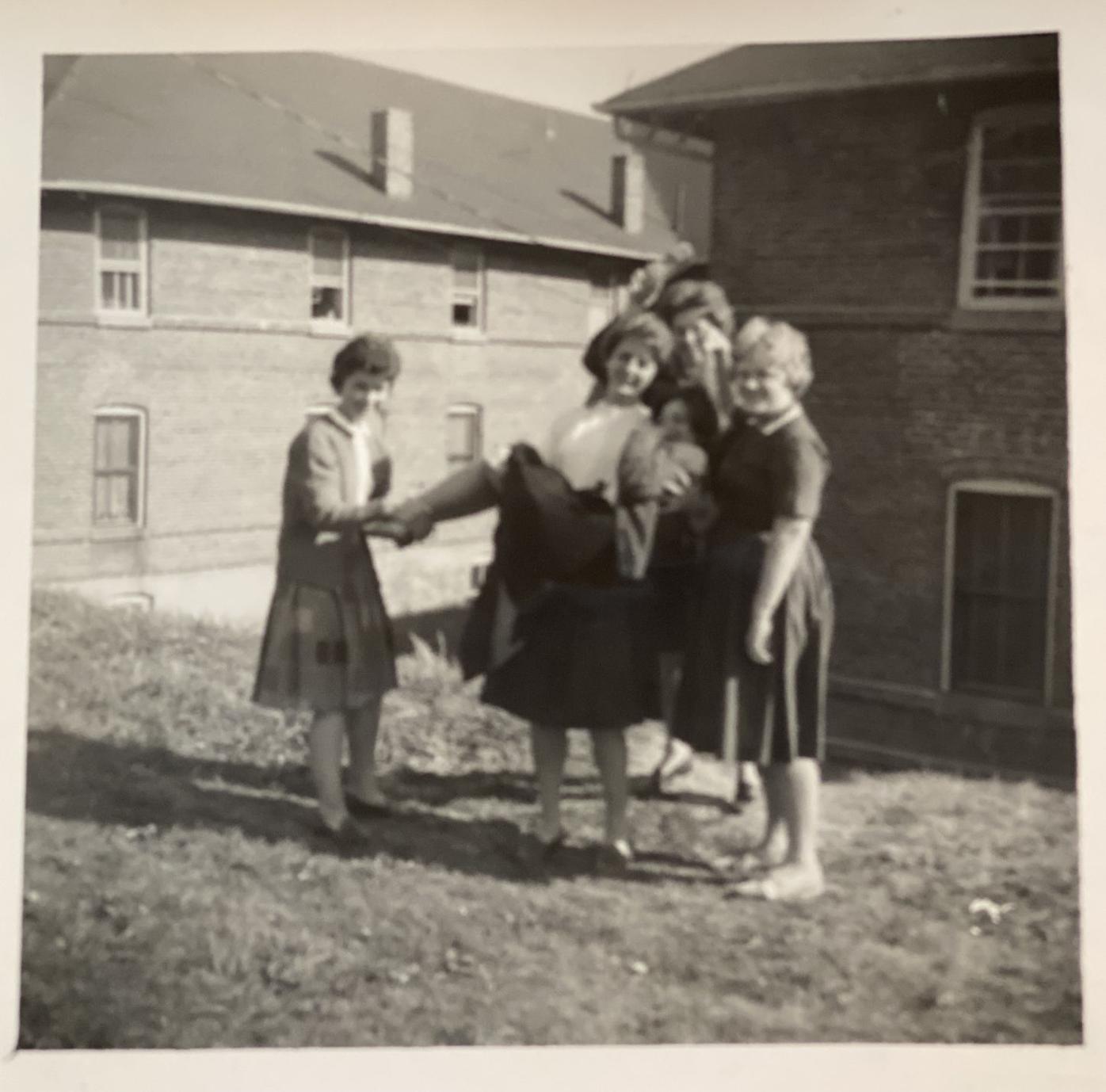 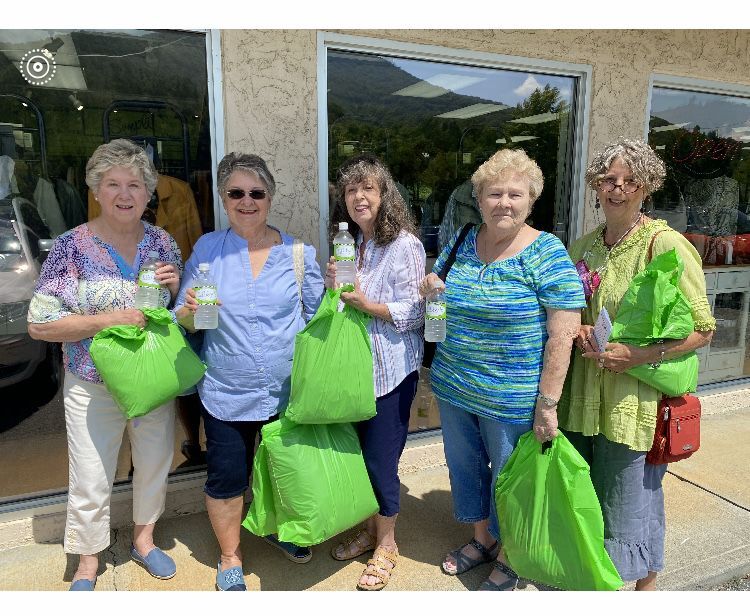 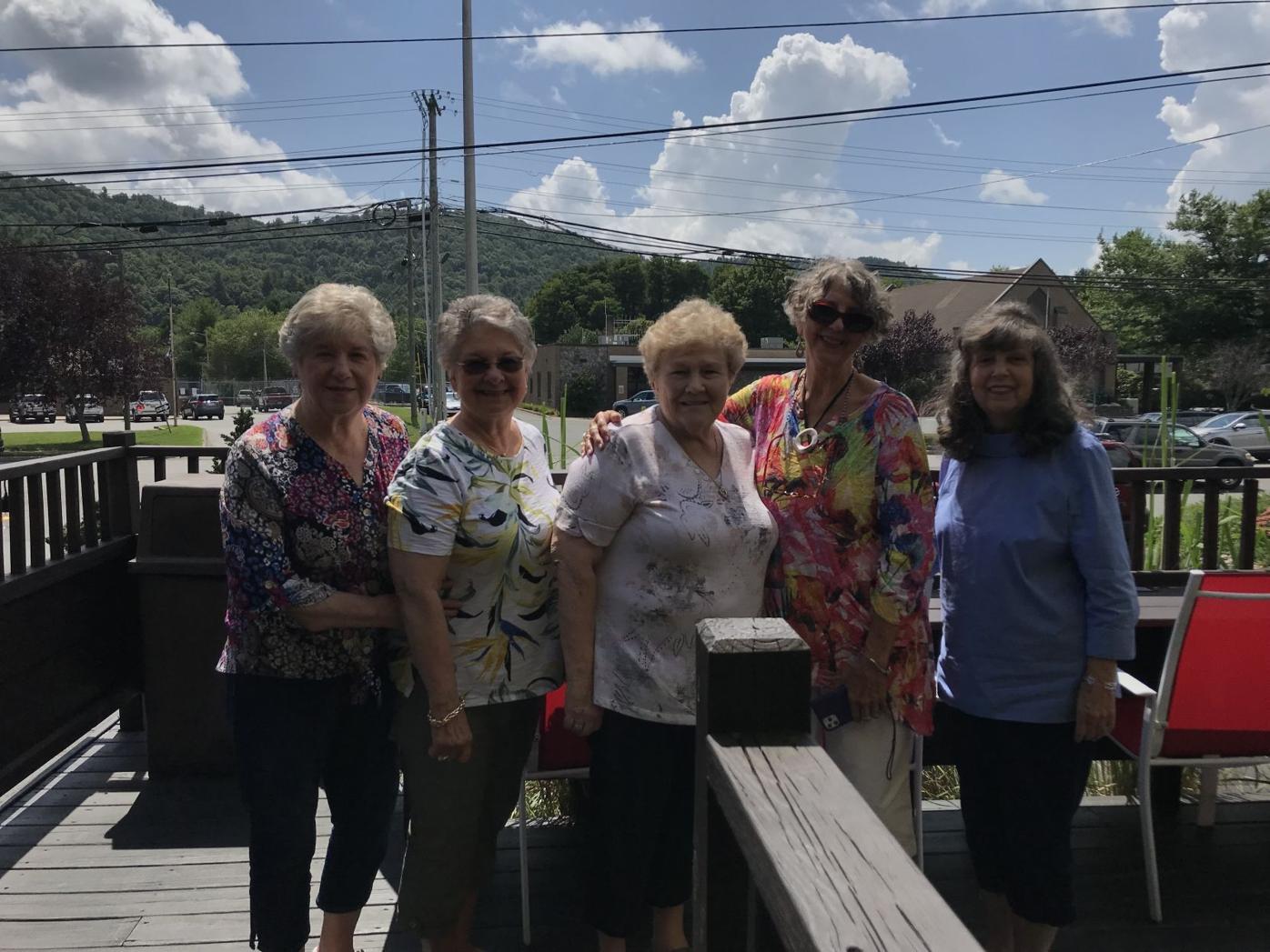 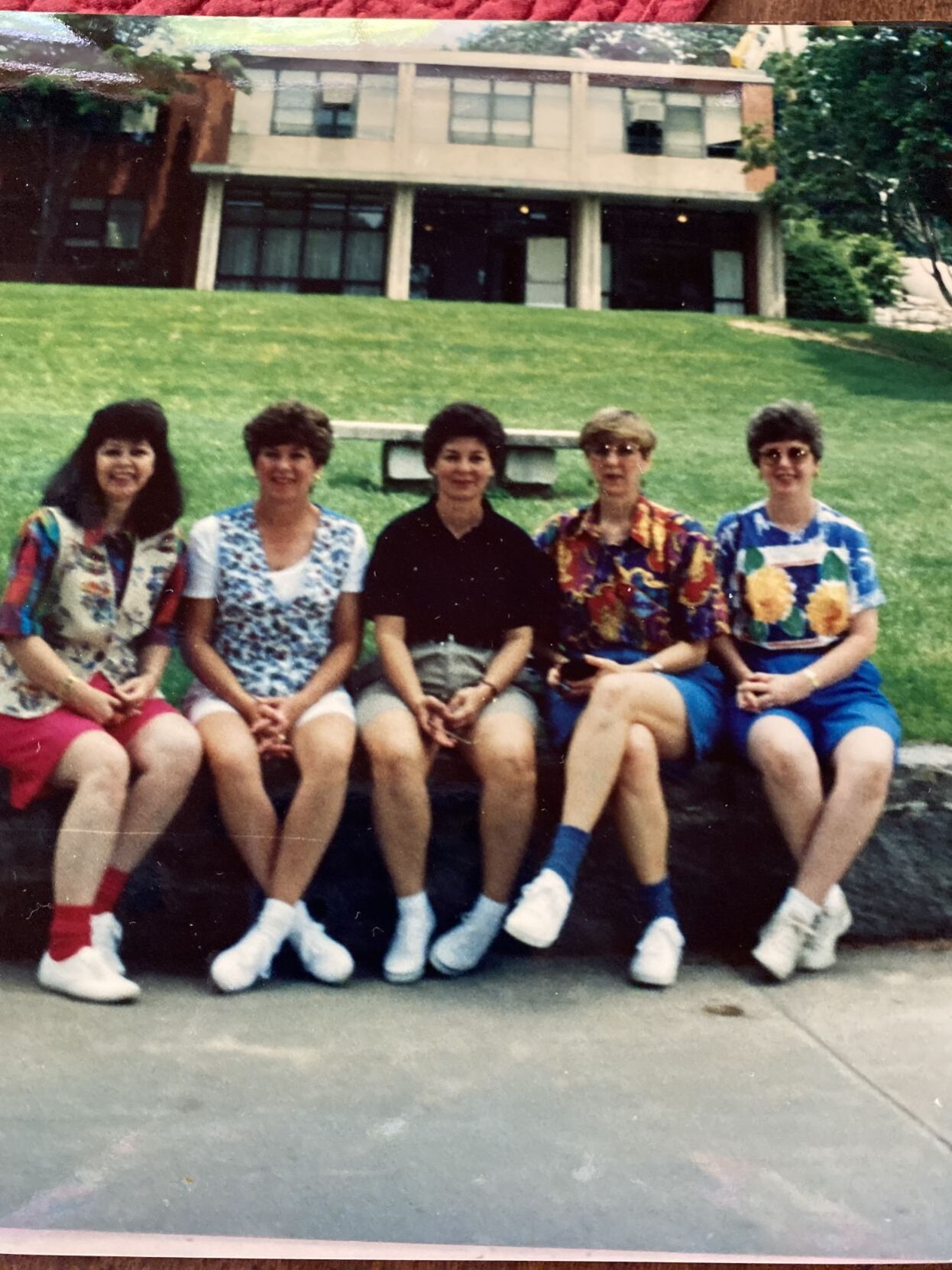 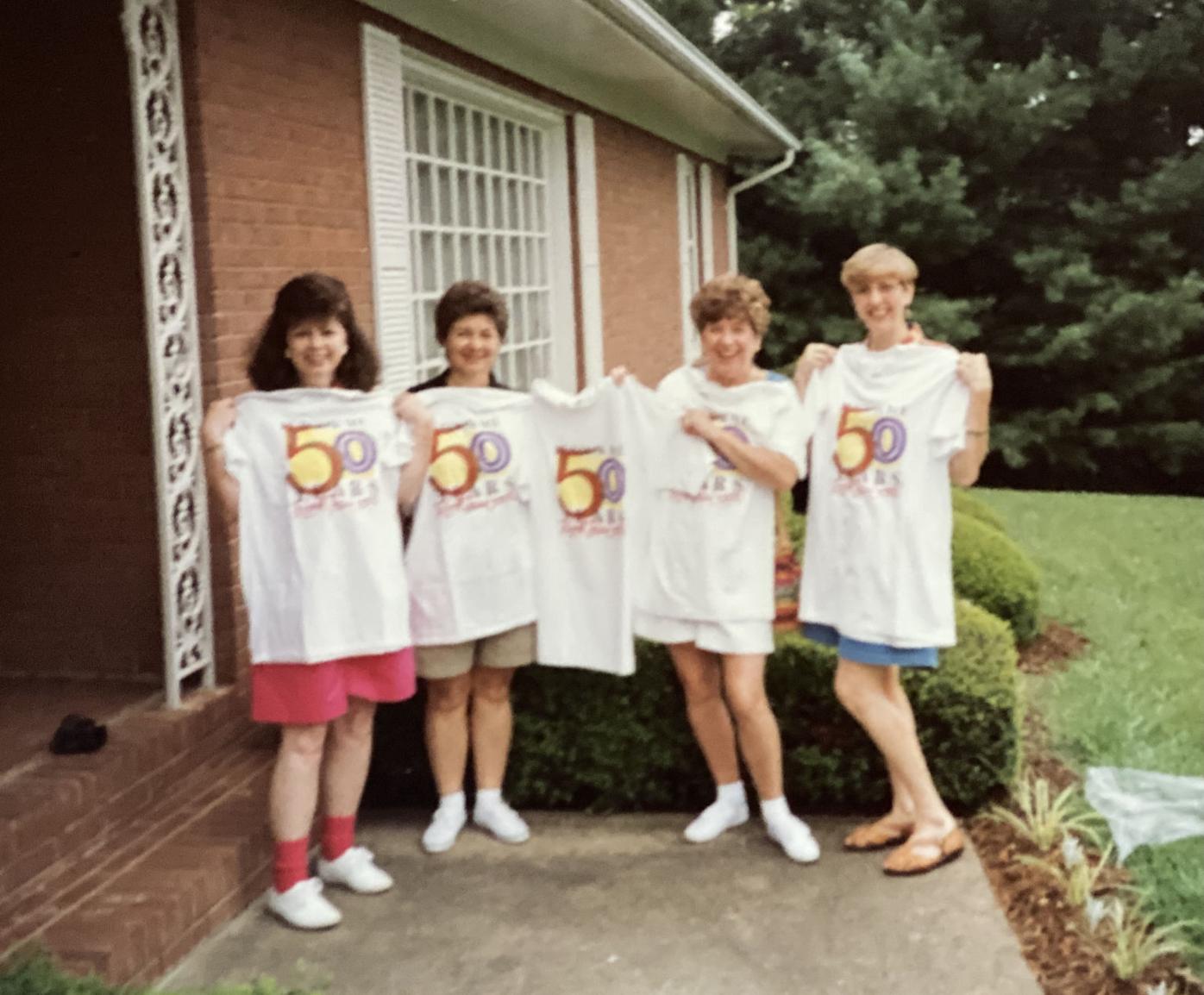 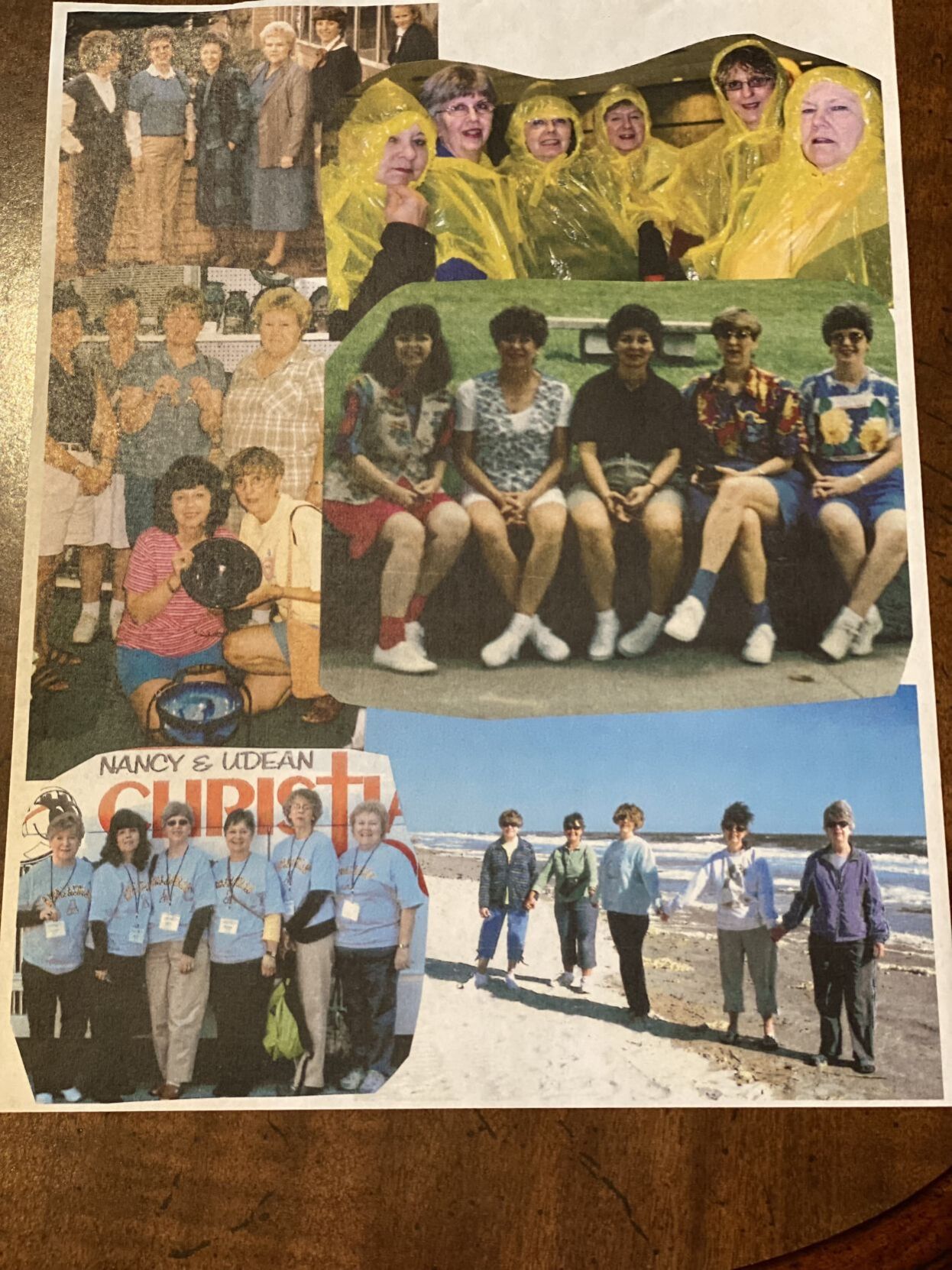 BOONE — Many things have changed at Appalachian State University since a group of six women graduated in 1966.

For starters, the university was a small single-purpose teaching school by the name of Appalachian State Teachers College. Women were not permitted to wear pants, smoking was still taboo and there was no legend of the East Hall ghost.

“You’ll have to share that article about the ghost with me, let me pull up my email,” Dixie Leathers said over lunch, on Aug. 27.

She is the tech-savvy “leader” of the friends group, gathered around a table at Come Back Shack to celebrate 55 years of friendship.

Every year since 1986 Leathers, Lucinda Dyson, Shelley Drum, Miriam Connor, Delma Moore and Linda Willis travel from different cities across North Carolina, Tennessee and Virginia for a reunion. Willis was absent this year due to illness.

The night they arrived in Boone, they stayed up talking until 4 a.m., Connor said. In 2000, the women met in Abingdon, Va.

“We all got on an elevator in the hotel and got to talking and laughing and forgot to punch the bottom to go up until someone said ‘Why aren’t we moving,’” Leathers said.

“Every time we meet again it’s like we’ve never been apart,” Dyson said.

When the group of friends met in college in 1962, they lived in the same dorm (the former Lovill Residence Hall). Lovill Hall is now called Elkstone Hall. It was a female-only dorm and there were people called house moms who came to pick up laundry once a week, Connor said.

When they returned to Boone to celebrate their 50th birthdays in 1994, they made it their mission to get a group photo in front of the dorm, only to find it wasn’t there. So much had changed since 1966.

All except two of the women graduated with a degree in elementary education. Drum studied English and Willis studied math.

The bond they share has gotten them through both good and bad times over the years, the loss of parents and spouses, the birth of children and grandchildren and chances at a new love.

“When you share your thoughts, your inner soul, your likes and dislikes, your fears, your anguishes, it fuels a connection,” Connor said.

When Connor remarried, she was upfront with her husband about one thing. Every year, she will leave for one week to be reunited with this group of ladies and there is nothing he can do to stop her.

The secret to long-lasting friendship, they all agree, is communication and a strong set of shared values. The five friends said they all grew up in small towns, where they learned the value of family and hard work, and they all grew up going to church. Dyson said in college, the group would take turns visiting the church of each friend’s respective denomination.

“Well, except that one time,” Moore said, before launching into a story that sent each of the friends into a fit of laughter.

Moore recalled one night when rowdy upstairs neighbors kept her and Leathers, her roommate at the time, awake all night. The two were supposed to be studying for a big exam but they were growing tired and needed a pick me up, so they went to the nearest corner store and bought a pack of cigarettes.

“We’d heard they were supposed to give you energy,” Leathers said.

Yes, so much has changed since 1966. The camera on a cell phone can be used to order a meal at the local burger place, which the group was fascinated to find out on Friday. Texting has made staying in touch with six people, spread throughout the southeast, much easier.

They are all part of a group chat, where Drum shares pictures of her dogs, and Dyson will send pictures of what she is having for dinner.

“Sometimes the group will be silent, and the next day you wake up to 25 messages,” Leathers said.

Leathers is “good with computers” and has been compiling a book of photos that tell the story of the friendship through the last 55 years. The book includes pictures from every annual get-together since 1986.

The group are planning to reunite on Aug. 22, 2022. Leathers said they never leave one reunion before having concrete plans for the next.

“The sense of intimacy in this long-term relationship that we have,” Drum said, pausing to hold back tears, “is very special and it’s hard to explain how intense it is. I know that if I ever needed anything, they will be there.”