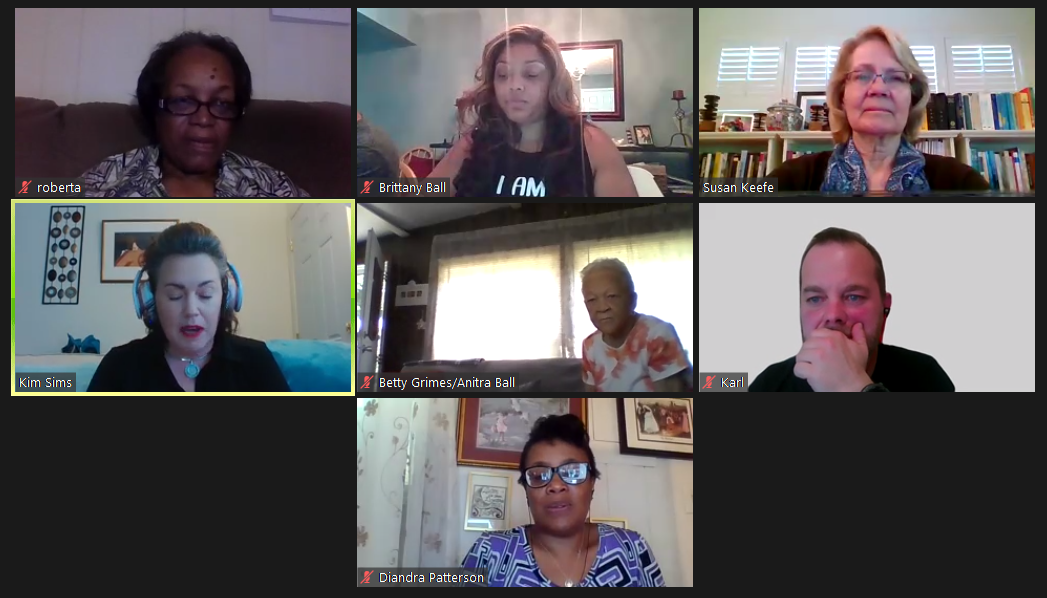 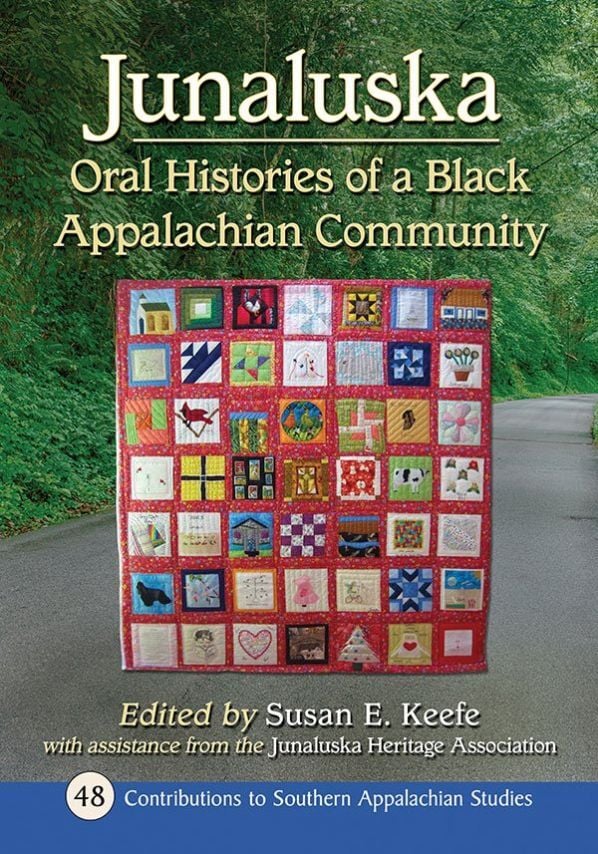 ‘Junaluska: Oral Histories of a Black Appalachian Community’ is a book researched and edited in collaboration with Junaluska community members in Boone. 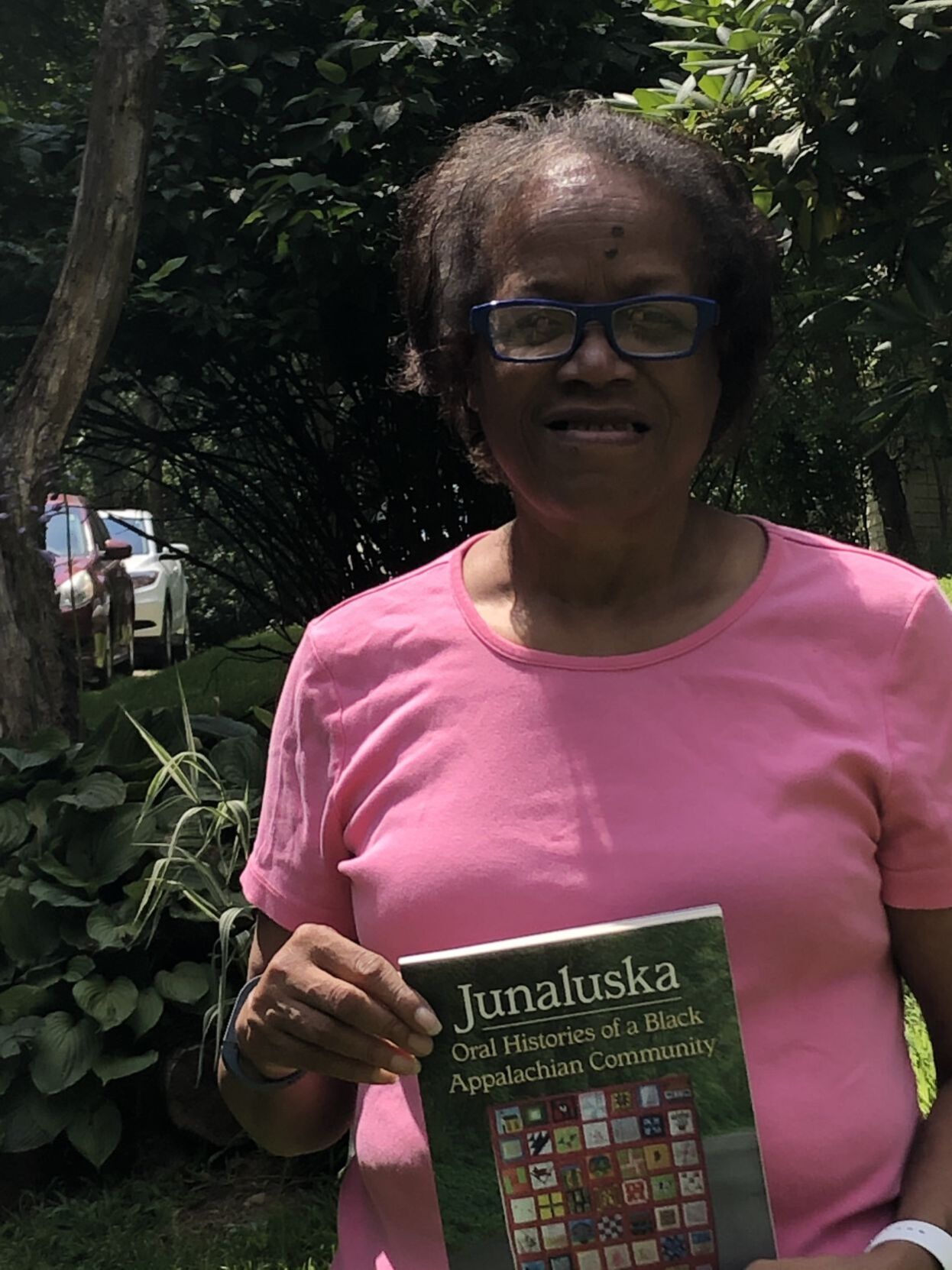 Roberta Jackson, facilitator of the JHA and member of the community, poses with a copy of ‘Junaluska: Oral Histories of a Black Appalachian Community.’ 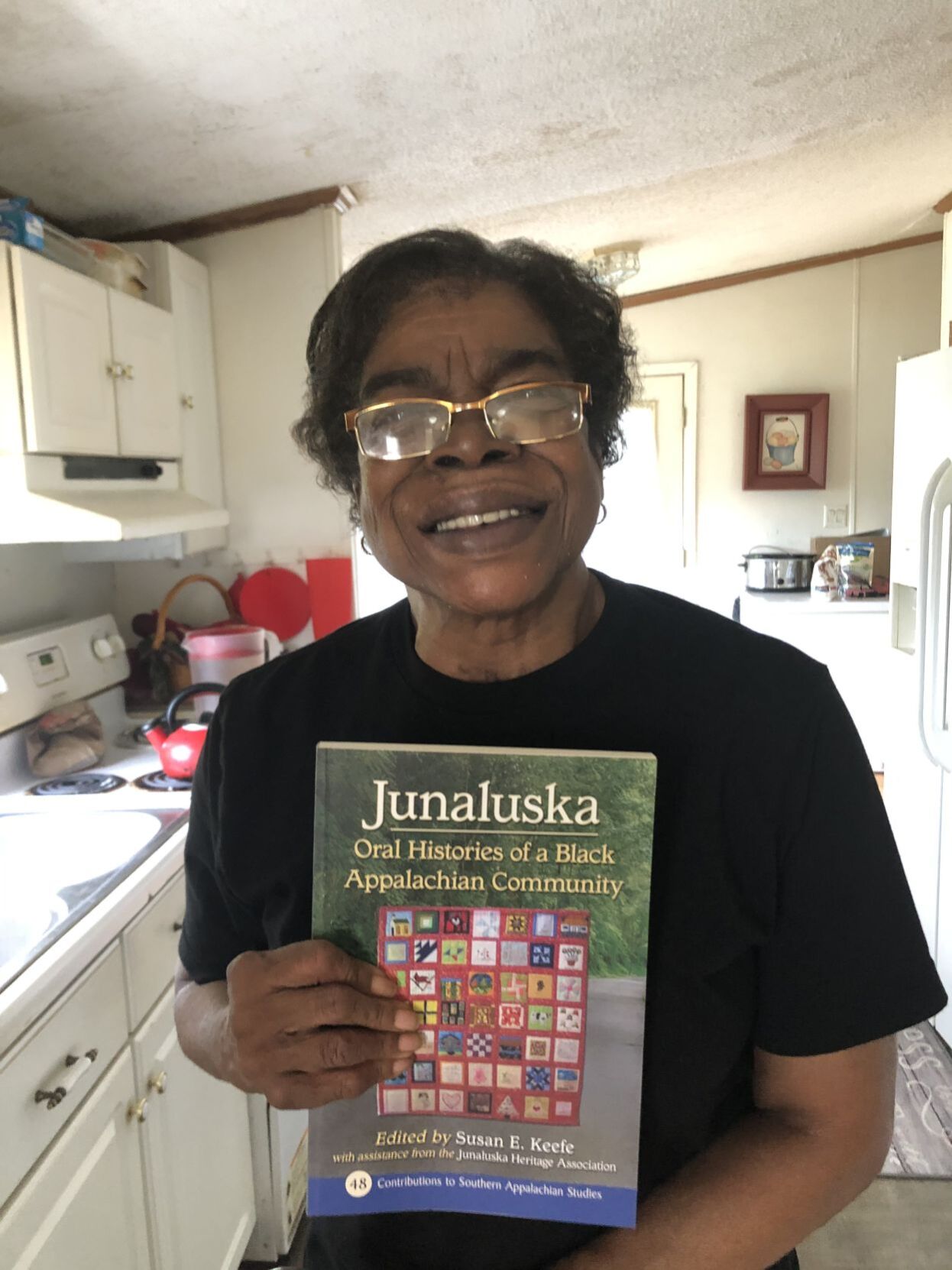 ‘Junaluska: Oral Histories of a Black Appalachian Community’ is a book researched and edited in collaboration with Junaluska community members in Boone.

Roberta Jackson, facilitator of the JHA and member of the community, poses with a copy of ‘Junaluska: Oral Histories of a Black Appalachian Community.’

A work in progress for several decades, the book was edited by the Anthropology Department’s Susan Keefe, who has worked closely with the community since the 1970s, when she moved to the area. Throughout her career, Keefe has focused on cultural and Appalachian studies.

“The success of this book is from my decades-long history of working with the community and earning their trust,” said Keefe, who noted that the book depended heavily on participatory research.

According to Keefe, this means that the interviews done by Keefe and members of her team were driven by community participation in seeking out and gathering data, and publishing the results.

Keefe’s goal in editing the narratives into a book is to make the Junaluska community visible and give it a voice in the “larger Boone community.” Several community members assisted with editing others’ stories to ensure the accuracies of dates, family genealogies and that the community “was represented the way they wanted to be.”

Other panelists during the book talk included members of the Junaluska Heritage Association and current Junaluska residents, including Roberta Jackson, Sandra Hagler and Lynn Patterson. Brittany Ball, a former Junaluska resident who said the community in Boone would always be her home, was also a panelist.

Several narratives in the book revolve around the history of Junaluska and its atmosphere during the Civil Rights movement.

Keefe said that while “the origin of the community itself is somewhat unclear” Junaluska is one of the oldest Black communities in Western North Carolina.

“I think we can assume that people have lived in the community since before the turn of the century. It could have quite possibly been where Jordan Councill Jr.’s slaves had quarters,” Keefe said.

Councill is often called the “father of Boone,” and was one of the largest slave owners in Watauga County.

Hagler said that while the Junaluska community members were researching, they found people in the community as early as when (the government) started taking censuses.

Hagler also mentioned that the community used to have a handful of its own stores, one of which was owned by her grandfather.

“This is where we spent our lives — we didn’t go ‘off the hill’ until we were teenagers, we didn’t know anything about white people. I’m sure white people knew about as much about us as we knew about them,” Hagler said.

Patterson, who is a program specialist at the university library, said that she has heard Junaluska called a “community within a community” and often fields questions from students about why Junaluska doesn’t have its own stores anymore.

“Desegregation allowed us not to be forced to maintain our own stores and restaurants. When we were allowed to segregate, we did,” she said. “We were a ‘community within a community’ out of necessity.”

“You learn a lot about Boone and Watauga County reading the accounts in the book, too,” Keefe said. “(Many community members we interviewed) worked in the town of Boone, in stores, as servants in houses … Anyone who is interested in local history would enjoy this book.”

Amazon, where the book is sold out of hard copies as of July 21, describes “Junaluska: Oral Histories” as “... Life history narratives adapted from interviews with residents offer a people’s history of the Black experience in the southern mountains. Their stories provide a unique glimpse into the lives of African Americans in Appalachia during the 20th Century — and a community determined to survive through the next.”

The book is also available to be purchased locally through Boone’s independent bookstore, Foggy Pine.

Store owner Mary Ruthless says that while the title has been out of stock due to a high-demand from the community, she is “expecting more copies” during the last week in July. Ruthless also noted that supporting small businesses is a way to uplift the local economy.

The book can be purchased from McFarland Press at https://mcfarlandbooks.com/product/junaluska.

Learn more about Junaluska from the Junaluska Heritage Association at https://junaluskaheritage.org.