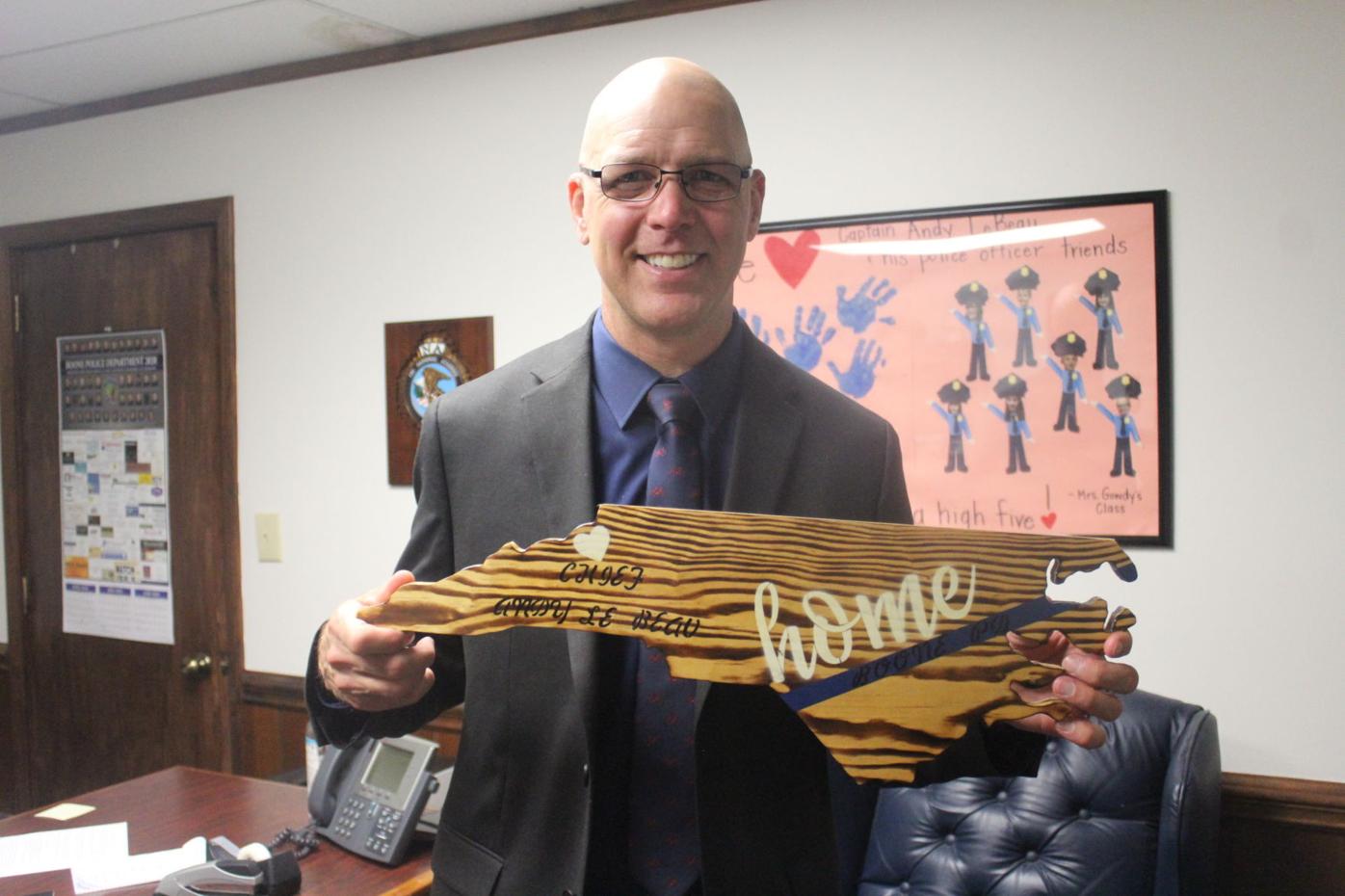 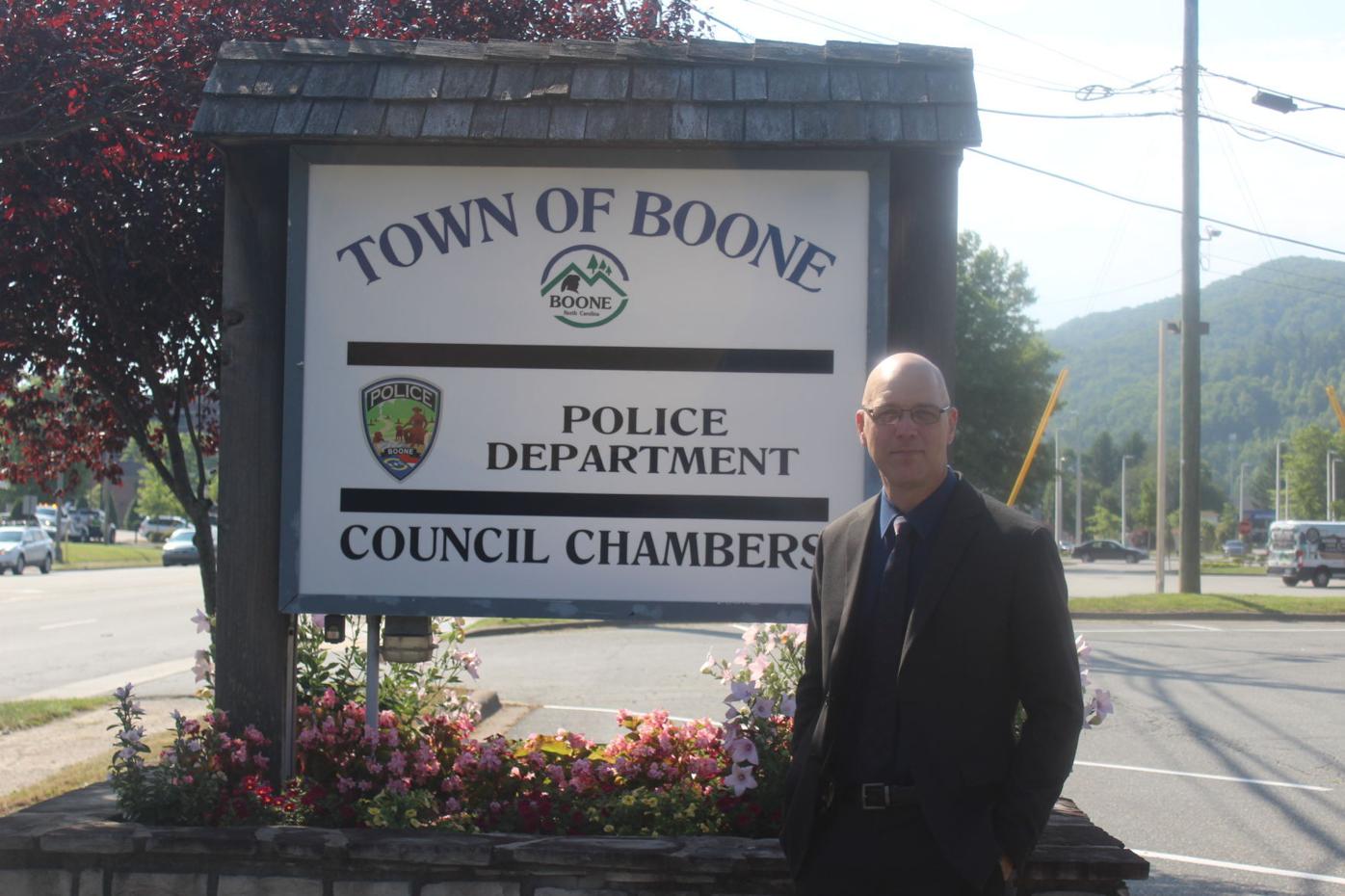 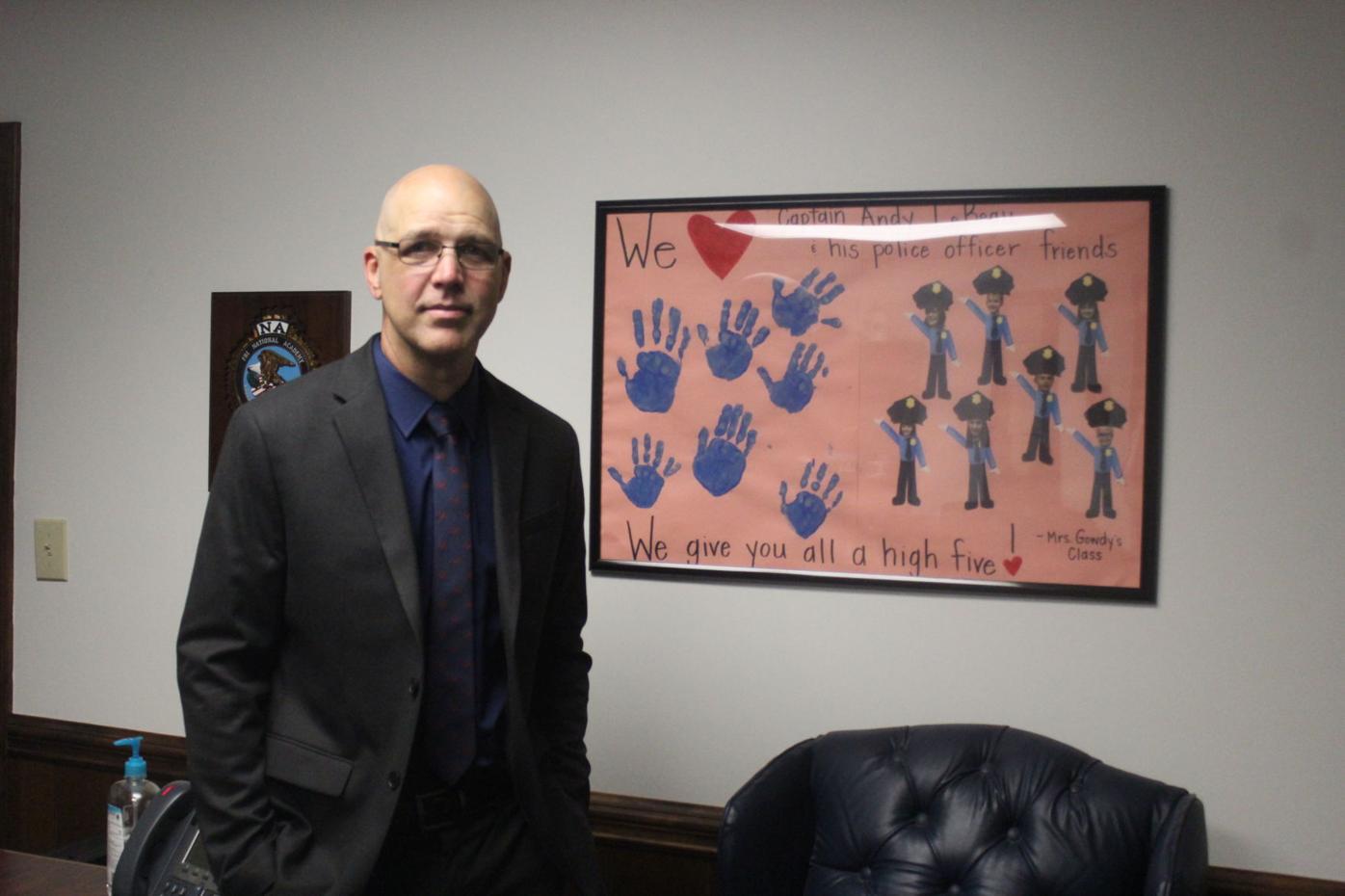 Police Chief Andy Le Beau poses with a picture from his office of a poster made by a class at Hardin Park Elementary.

Police Chief Andy Le Beau poses with a picture from his office of a poster made by a class at Hardin Park Elementary.

In the midst of the COVID-19 pandemic and unrest across the country related to police department practices and training, Andy Le Beau assumed the official duties of being Boone Police Department’s police chief on July 7.

Le Beau has been a High Country resident since 2002 when he accepted a job offer from BPD and relocated to the mountains from Hickory with his wife, Jennie. Le Beau has held several positions during his career in Boone, including narcotics investigator — which is the same position he had at HPD — detective, patrol lieutenant, investigations captain and interim police chief, which lasted from May until July.

Le Beau is also a graduate of the FBI National Academy and worked as a United Nations Police Officer from 1999-2000 in Kosovo.

His career began in South Daytona, Fla., in 1990, shortly after graduating high school. He was 19 years old, working with a family friend installing carpet and considering a number of careers that would help his community.

“I thought about some type of faith-based ministry work because I knew I wanted to help people. I had been interested in the military, and I also had the desire to protect,” Le Beau said. “I really enjoyed (laying carpet), but my boss decided to get into another line of work and encouraged me to do the same. His son always wanted to be a police officer, and he asked me if I wanted to go to the police academy with his son. I did so, having no idea what I was getting into, and I’ve done police work ever since. I love it and can’t imagine doing anything else.”

Since the beginning of his career, nearly 30 years ago, Le Beau says that there have been several ways that the field has changed.

“Technology has evolved so much; various software programs that weren’t even imagined, widespread use of DNA and forensic investigation, outer carrier vests that make the uniform so much more comfortable and body cameras,” Le Beau said. “Of course there are ups and downs that happen over time.”

Le Beau also noted that the use of technology presents an opportunity to “make meaningful changes in community relations.”

“I’m an optimist and, through all of the noise, will push forward to make things better with those who have a similar vision,” he said.

To that end, Le Beau says that while he tries to respond to Facebook posts and comments on BPD’s page when he has time, community members interested in speaking with him should call the police department and leave him a message or email him at andy.lebeau@townofboone.net.

As each day presents new challenges, especially while navigating the COVID-19 pandemic and “Defund the Police” movements, Le Beau says that he “is not opposed to new ideas,” such as including social workers and mental health staff within the police department. However, because of staff increase requests that have not been met “over the years,” Le Beau said that any new positions at the police department would have to be in addition to BPD’s current staff due to understaffing.

“We believe that the majority of our community supports us, and they find ways of letting us know. We do not expect unconditional support. We understand that support is conditional upon doing the right thing and taking responsibility if we make a mistake. We are human and will not always get it perfect, but I believe if we make a mistake we own it and fix it,” he said.

As a police chief, Le Beau says that his main goal in leading BPD “has no end in sight.”

“I want to see how good we can make relationships in Boone with as many people as possible,” he said, adding that this “involves developing relationships, listening, being responsive to community needs and continuing to develop a police force to meet those needs.”

“A few areas that I want to strengthen are with Black in Boone, the chamber of commerce and some of the student associations. We’re working closely with App State Police Chief Andy Stevenson on the initiatives involving student groups. (App State football Coach) Shawn Clark has contacted me, and it looks like we will be working with the coaching staff, Pastor Reggie Hunt and retired Boone lieutenant J.R. Reese to reach student-athlete groups. We are certainly open to meeting with other App State athletic groups in addition to the football team.”

In his office in the heart of Boone, Le Beau keeps a number of things gifted to him from the community, including a poster from a class at Hardin Park, which he says is his “favorite thing” in the room. He also has a woodcarving of the state of North Carolina with his name on it, which was made by Jorge Escobar, the owner of Escobar’s Rustic Craft.

“I’m honored to be a part of that organization. Relationships are going beyond professional and becoming personal. That’s Boone,” Le Beau said. “We have something very special. For me this is the fun part of my job. The other part of my job that I equally love is working with our staff at the police department and the town staff. They are really a great group of people. Many of our police department staff and town staff are also involved in various nonprofit organizations and service organizations. It is definitely not just me — we are a team.”

Congratulations! With that said, why is it never a local hired for these jobs???? Just a question