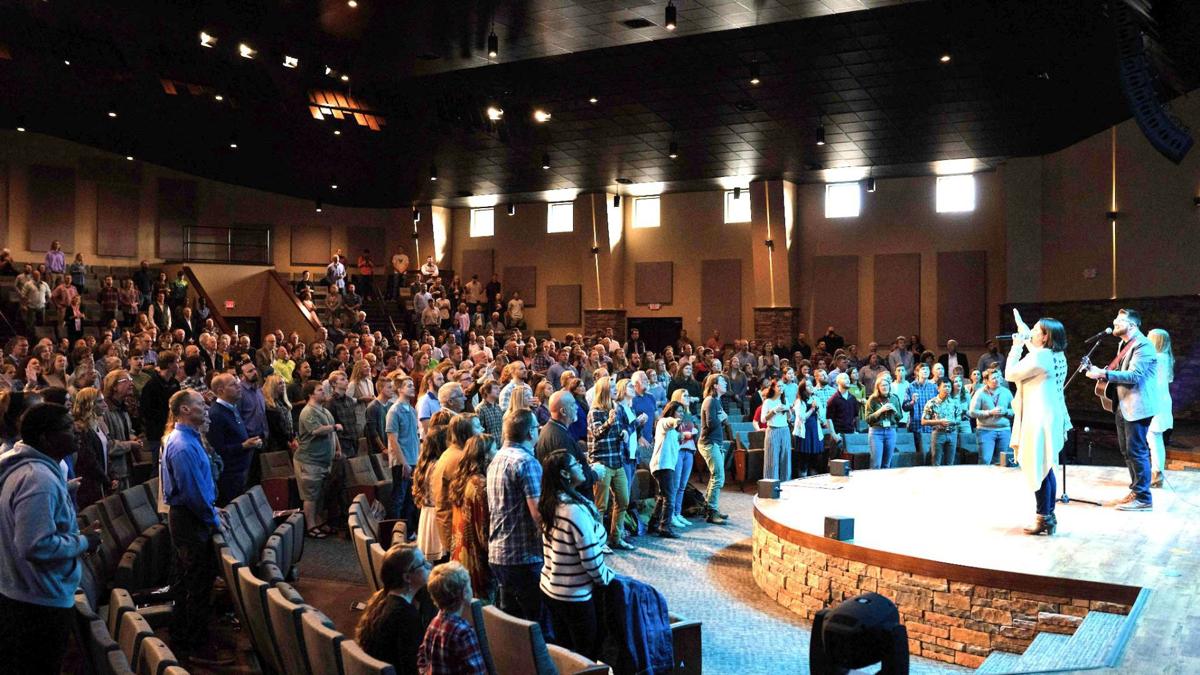 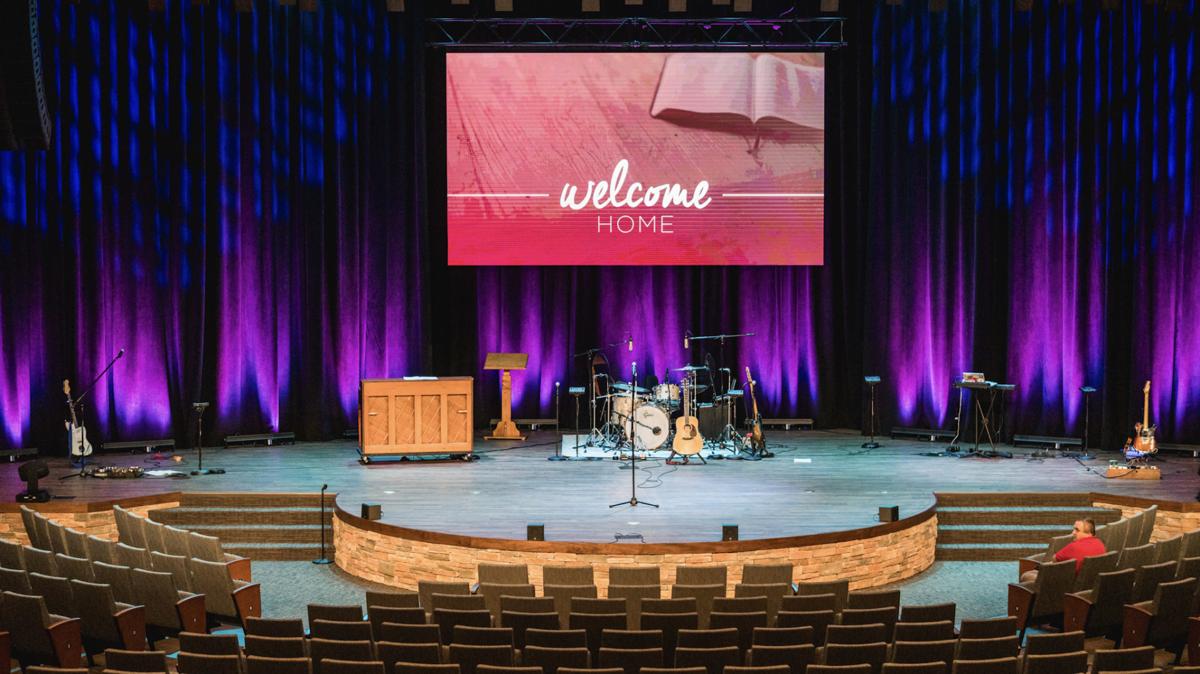 Alliance’s new LED screen, the only one in the 1,000-plus seat auditorium, is visible from every seat, according to church leaders. 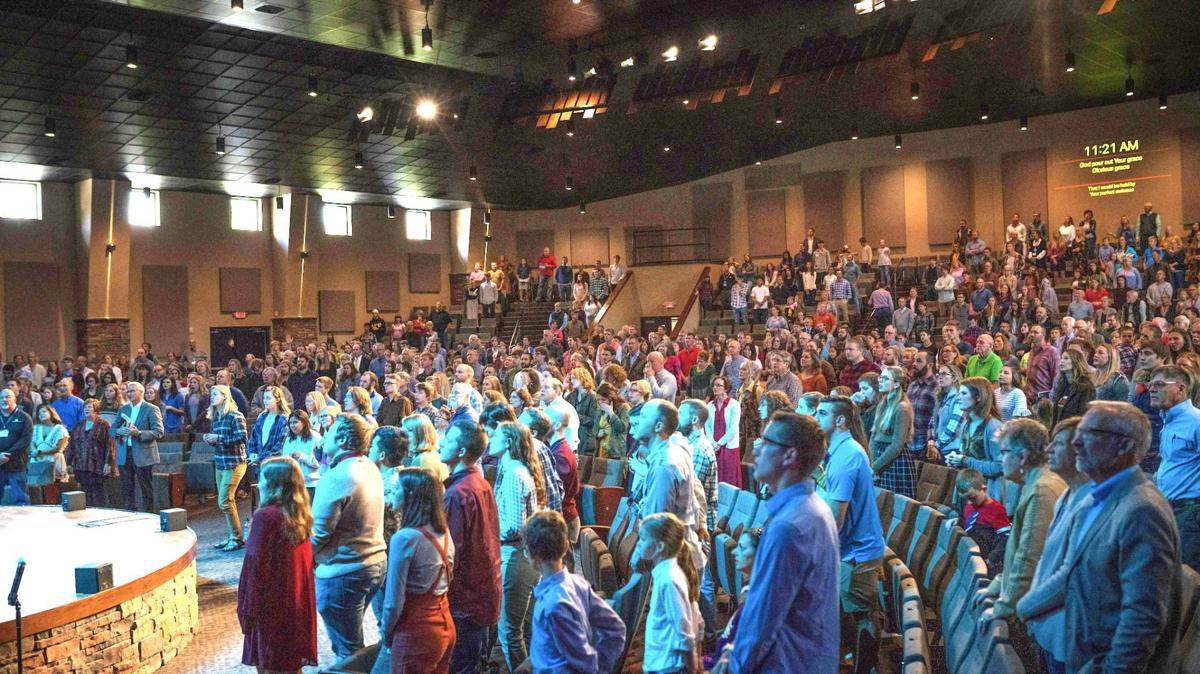 Alliance Bible Fellowship’s new auditorium features technological lighting and acoustic advancements that leaders say will take the worship experience to the next level.

Alliance’s new LED screen, the only one in the 1,000-plus seat auditorium, is visible from every seat, according to church leaders.

Alliance Bible Fellowship’s new auditorium features technological lighting and acoustic advancements that leaders say will take the worship experience to the next level.

After years of starts, stops and countless prayers, Alliance Bible Fellowship moved into its new 1,000-plus seat auditorium for the first time on Sunday, Oct. 27.

Speaking on Oct. 17, prior to the opening, Alliance’s project manager Ethan Bolvi expressed the joy that he said also came from the congregation.

“This has not just been a five- to six-month build; this has been really a nearly 11-year process of envisioning and expectation of this space,” Bolvi said. “People are just outright excited. There’s been a palpable build.”

Work was completed in late October after interior work commenced in May.

“For me, it’s been an amazing experience, I’ve had the pleasure … (and) privilege of being in here every day,” Bolvi said. “You have those days where a lot of work happens, but it’s not visual work and you don’t see a lot of it, and then there’s the days when the seats go in, the carpet goes down, the ceiling and the floor goes in, and those are the really satisfying landmarks to get to.”

The shell of the building was built years ago, but completion of the auditorium stalled.

Bolvi said that since the shell of the building was previously completed, many community members were unaware that the inside wasn’t done yet.

“We had delivery guys come in and were shocked that it was just a shell,” Bolvi added.

Paul Branch, the ABF Building Committee chair who has been a church member for roughly 38 of its 41 years, said the auditorium goes beyond the dreams of what the original members who started meeting at the old Holiday Inn of Boone could have hoped for.

“One of our original founders was saying (recently) that he was hoping that 50 people would call Alliance home,” Branch said.

Regular attendance now tops a combined total of 1,200 people on Sundays. Administrative Pastor Steve Collie said that attendance on Oct. 27 for the first day of the new auditorium was 1,535 over the two services.

In the gymnasium, where Sunday worship services were previously held, seating was maxed out at 600 per service, with Alliance running three services. And each of those seats had to be set up every single week.

Now in a larger space with more seating than before, ABF is going to two Sunday services at 9 and 10:45 a.m.

“We’ll have more space to invite more people to hear what we want to present … without the limitations of ‘we’re full,’” Branch said. “You won’t have to scramble for a seat now.”

The auditorium features about 700 floor seats, with the remaining 300 elevated in the back. However, Bolvi said that the experience is the same for everyone, no matter where they sit.

“Every seat in this room has the same auditorium experience,” Bolvi said. “You can’t find a bad seat in here.”

The auditorium’s LED wall, behind the stage, is visible from every seat in the auditorium without distortion, Bolvi said.

“Even from the front of the stage, you can’t see any individual pixels,” Bolvi added.

Along with spaces for wheelchairs and motorized scooters, one feature that Alliance included was that the 700-plus lower-level seats have an in-ground hearing loop that hearing aids can pick up.

“Instead of taking the room and amplifying it through their hearing aid, it takes a CD quality (feed) directly off our console and puts it in their ear,” Bolvi said. “The biggest question congregation members asked was whether they would be able to hear.”

Along with acoustic treatments to eliminate reverb and echo and individually controllable lights, the auditorium has technological capabilities that can transform the worship experience.

Bolvi said they’re looking to have outside concerts and special events in the auditorium and have already received interest.

The cost to complete the interior work of the auditorium was more than $2 million. Branch said that most of the balance has been paid off and the church is hoping to have the remainder paid off by the end of 2019 or early 2020.

Alliance’s education center also got a facelift during the auditorium construction process. Classes for birth through 4-year-olds – known as Little Alliance – have been expanded to meet the needs of upwards of 200 kids on a Sunday. The sixth through 12th-grade kids have moved into the gymnasium, and a coffee area known as The Commons was built in the hallway between the upper and lower levels.