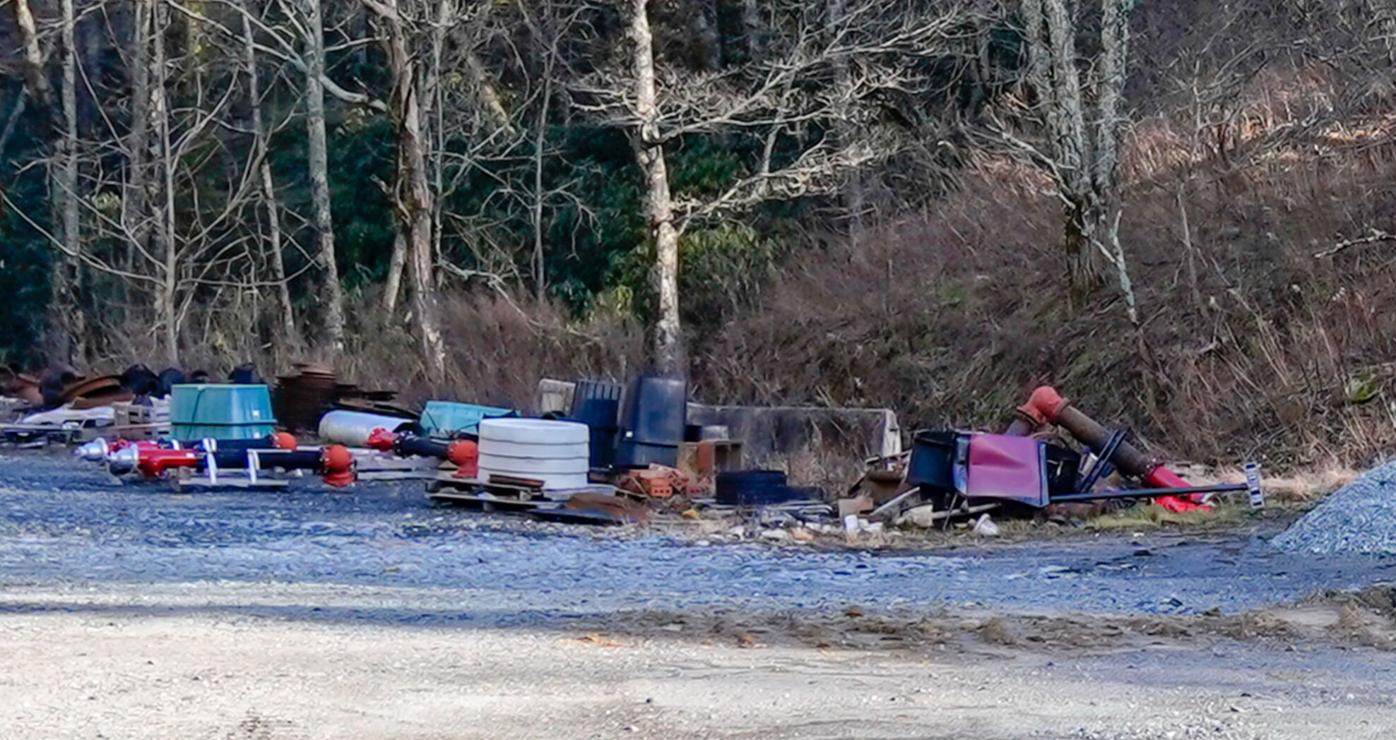 Temporary storage or junk yard? The Town of Blowing Rock’s ‘laydown yard’ is the center of controversy in the Mayview neighborhood.

The town of Blowing Rock’s stockpile yard, colloquially known as the ‘laydown yard,’ is typically used for temporarily storing materials used in various public works projects, according to town officials. 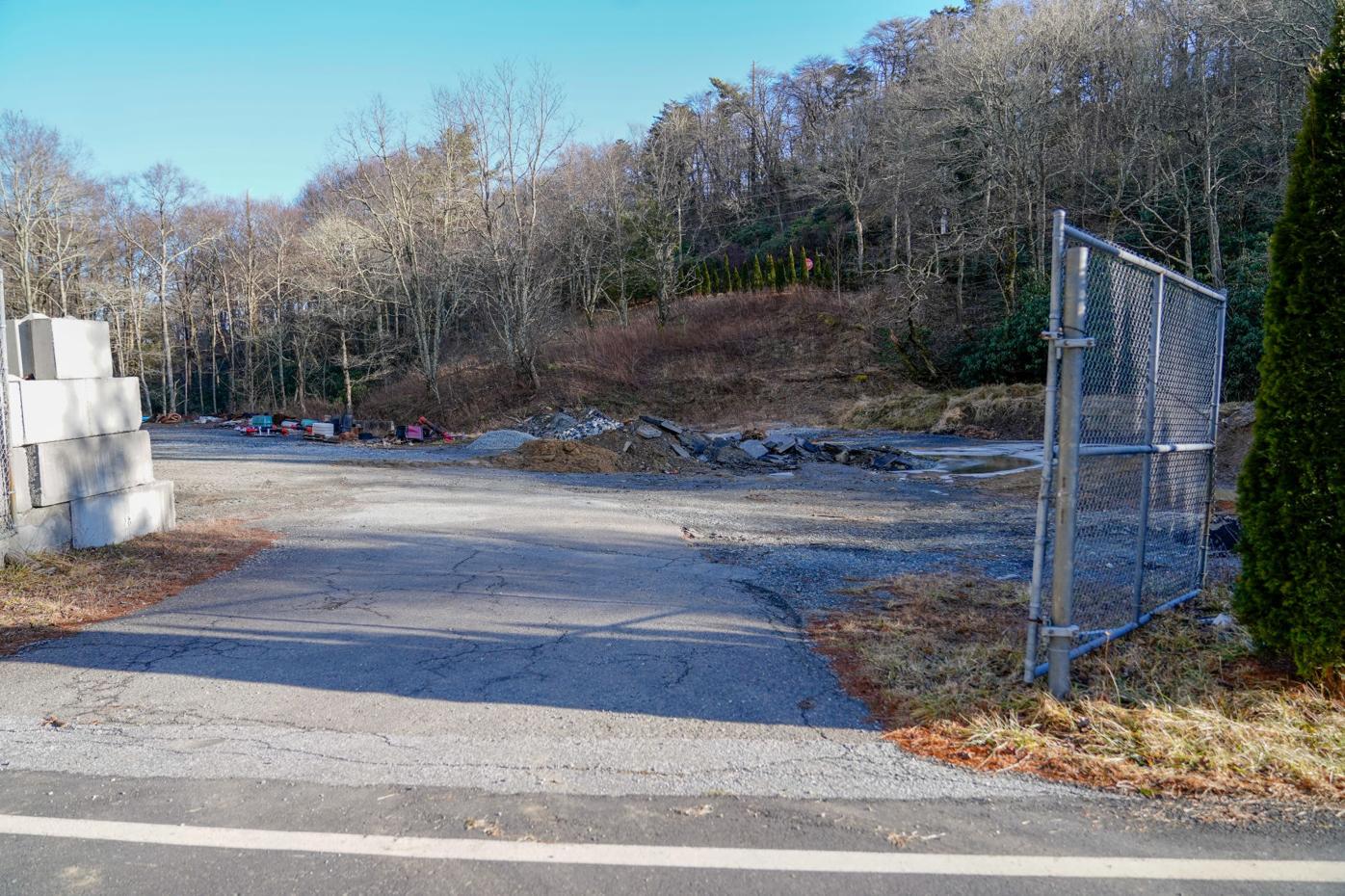 The view from Cone Road of Blowing Rock’s ‘laydown yard.’ 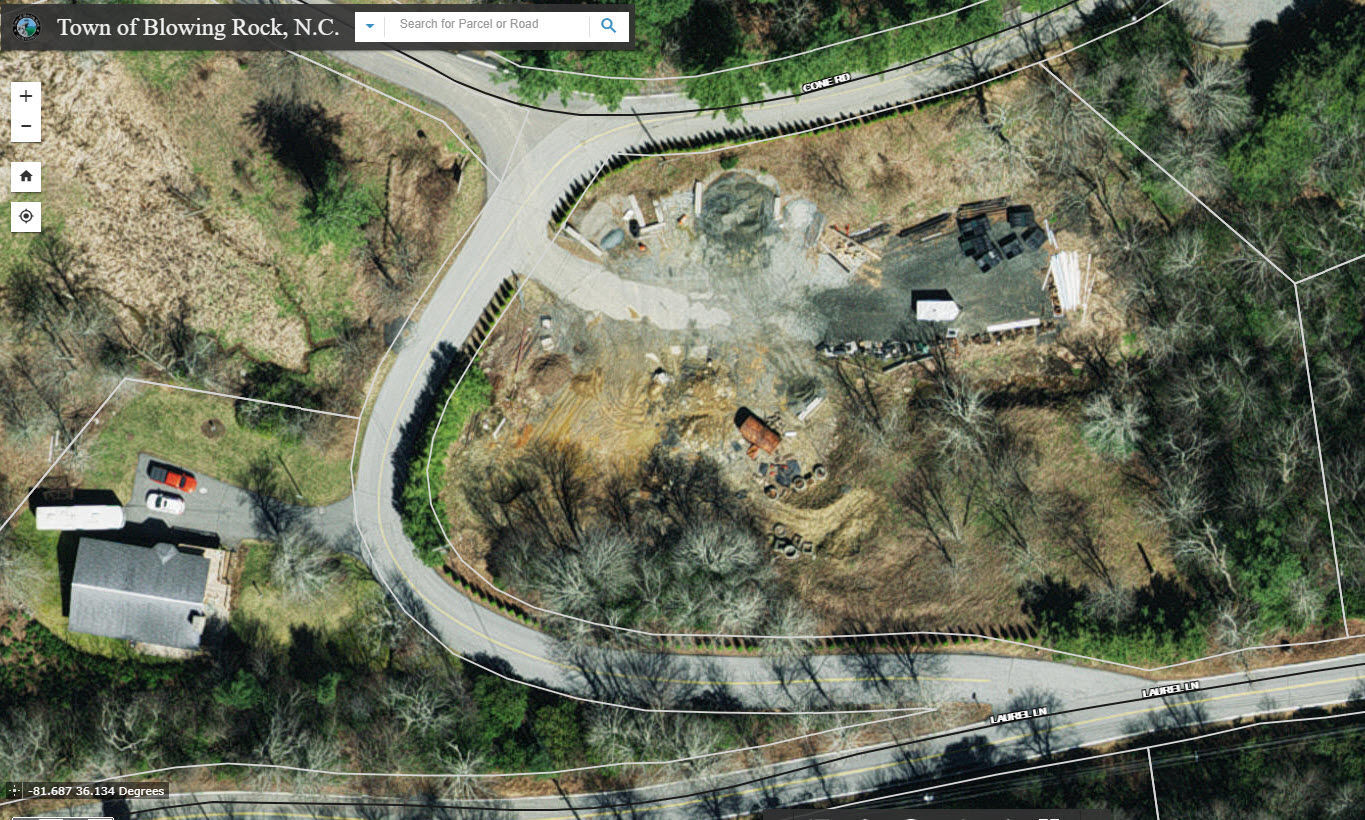 Blowing Rock’s stockpile yard is below Laurel Lane inside a sweeping curve of Cone Road. Although it has been used by the town of Blowing Rock for decades at this location, neighboring residents have also been critical of it for years. 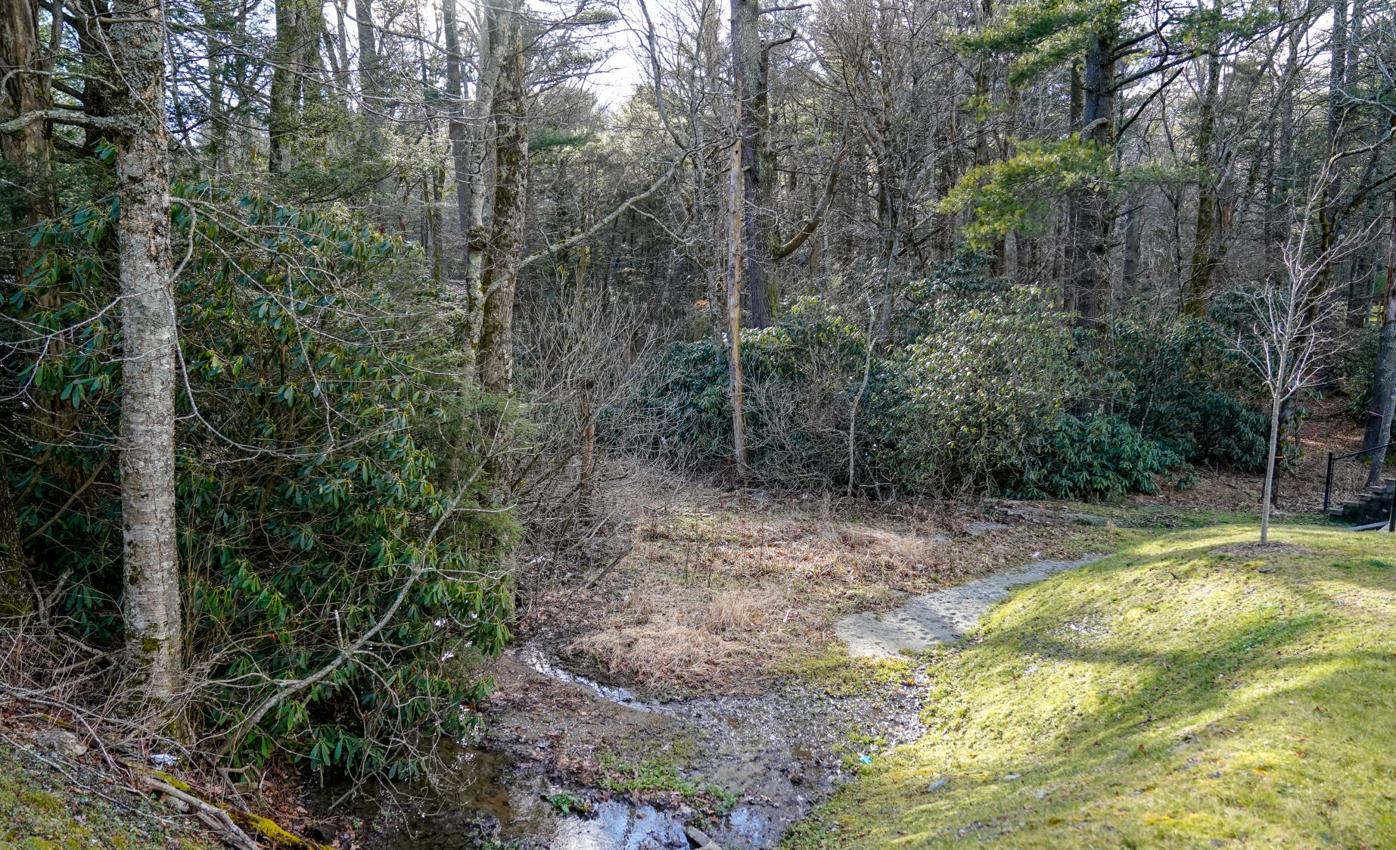 While adjacent to the main public works facility, the proposed site for a replacement stockpile yard is heavily wooded and would require extensive clearing and preparation expenditures, town officials say.

Some Mayview residents are upset about what they call a neighborhood eyesore — and said they are growing impatient with a town council that isn’t doing enough.

Enclosed on three sides by a big sweeping curve of Cone Road below its intersection with Laurel Lane in the Mayview neighborhood, a 1.53 acre parcel has been dubbed, “the laydown yard.” Officially, it is the town of Blowing Rock’s Stockpile Yard.

It is where Public Works temporarily stores material used in various projects, including piles of gravel or sand, stacks of steel or lumber, concrete blocks, culverts and drainage pipe, and other materials for municipal operations.

While complaints about the yard’s unsightliness have been received by town managers for decades, they grew more intense a few years ago and the then sitting board of commissioners hoped to placate the critics by planting trees around the parcel’s perimeter and making small improvements, including a new structure to “hide” much of the material from view.

That hasn’t satisfied the Mayview residents who have now banded together to not only complain, but to propose a public-private solution for moving the yard a few hundred feet west, to one or more vacant parcels adjacent to the main Public Works facilities. At the new location, they contend, the leftover and temporarily stored materials would be more out of sight of the residents above and around the current location and, they maintain, would even be more conveniently located for the public works personnel.

In 2016 and 2017, when the board of commissioners began fielding complaints from the current group of Mayview residents, the members of town council generally acknowledged that as a property owner the town of Blowing Rock needed to be a “good neighbor” and take steps to mitigate the problem. At their 2017 and 2018 retreats, their discussions centered on what other location could be used by the town and at what cost to relocate the laydown yard. One member of town council also stated that all of the people buying and developing land in the area had full knowledge that the laydown yard was near by, but they bought and developed anyway.

The board of commissioners finished those deliberations by asking public works to be more diligent in keeping the area better organized and cleaned up, as well as approving the planting of trees around the yard to screen it from view. More recently, with complaints still coming, they approved building a storage structure to “hide” most of the offending materials from view, as well as to protect some of their equipment and materials from the weather.

About 18 months ago, the board of commissioners reportedly agreed to defer their construction of the proposed building to allow the Mayview group time to come up with an alternative plan. The group, led by Mayview resident Tim Gupton, forwarded a powerpoint describing a proposed public-private partnership to be considered by the board of commissioners at the December meeting of town council, which they reportedly reviewed in closed session.

The offered plan proposes that the Mayview group raise at least some or all of the money for the town to buy a parcel adjacent to the public works facility a couple of hundred yards upstream from the current stockpile yard. The town would then clear the new lot for its municipal purposes, including the building of any new structures it needed. The proposal suggests that the current stockpile yard be restored as a neighborhood park, including the removal of the culvert below the yard to permit the natural stream to flow through the park.

The plan has reportedly met with resistance from members of town council because they cannot justify spending taxpayer money to buy a new parcel and improve it as a substitute stockpile yard when they already have one that has served the town well for decades. Even if the cost of the new parcel is covered by the Mayview group’s aggregate donations and gifted to the town of Blowing Rock, the clearing and site preparation costs would still have to be borne, by the town under the group’s proposal.

According to Gupton, the cost to the town for properly screening the existing yard may exceed the cost of clearing and preparing the new lot.

While the town council has already approved moving forward with the construction of a new building on the current lot, the Mayview group is hoping to delay the decision by the Town to move forward until they have an opportunity to better define and present their alternative plan for a public-private partnership that might also leverage involvement by the Village Foundation.