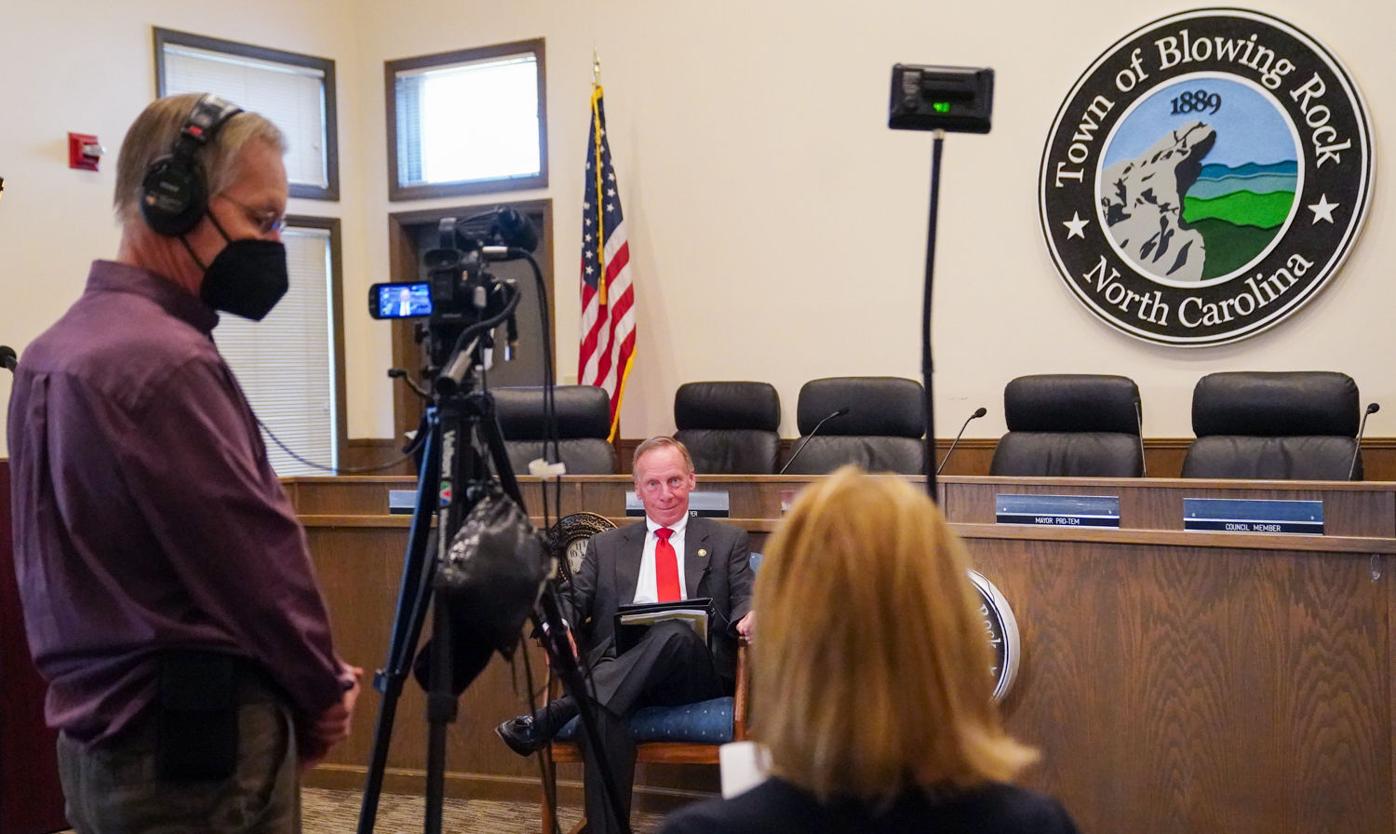 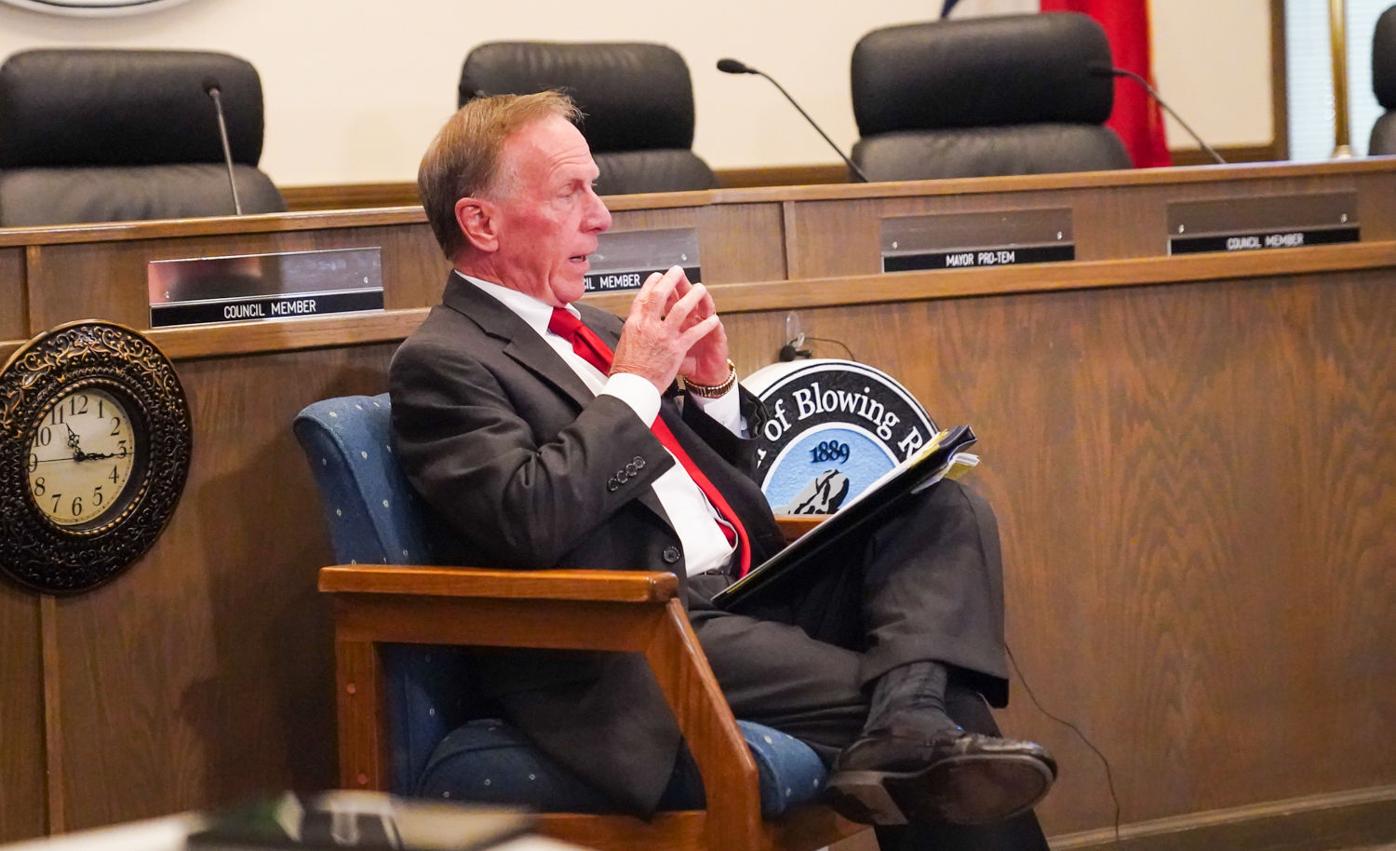 Mayor Charlie Sellers was interviewed for this videotaping for the Blowing Rock Civic Association’s virtual candidate forum. The recording session was on Oct. 1 at town hall, where Jean Kitchin served as host and Steve Frank as producer and director. 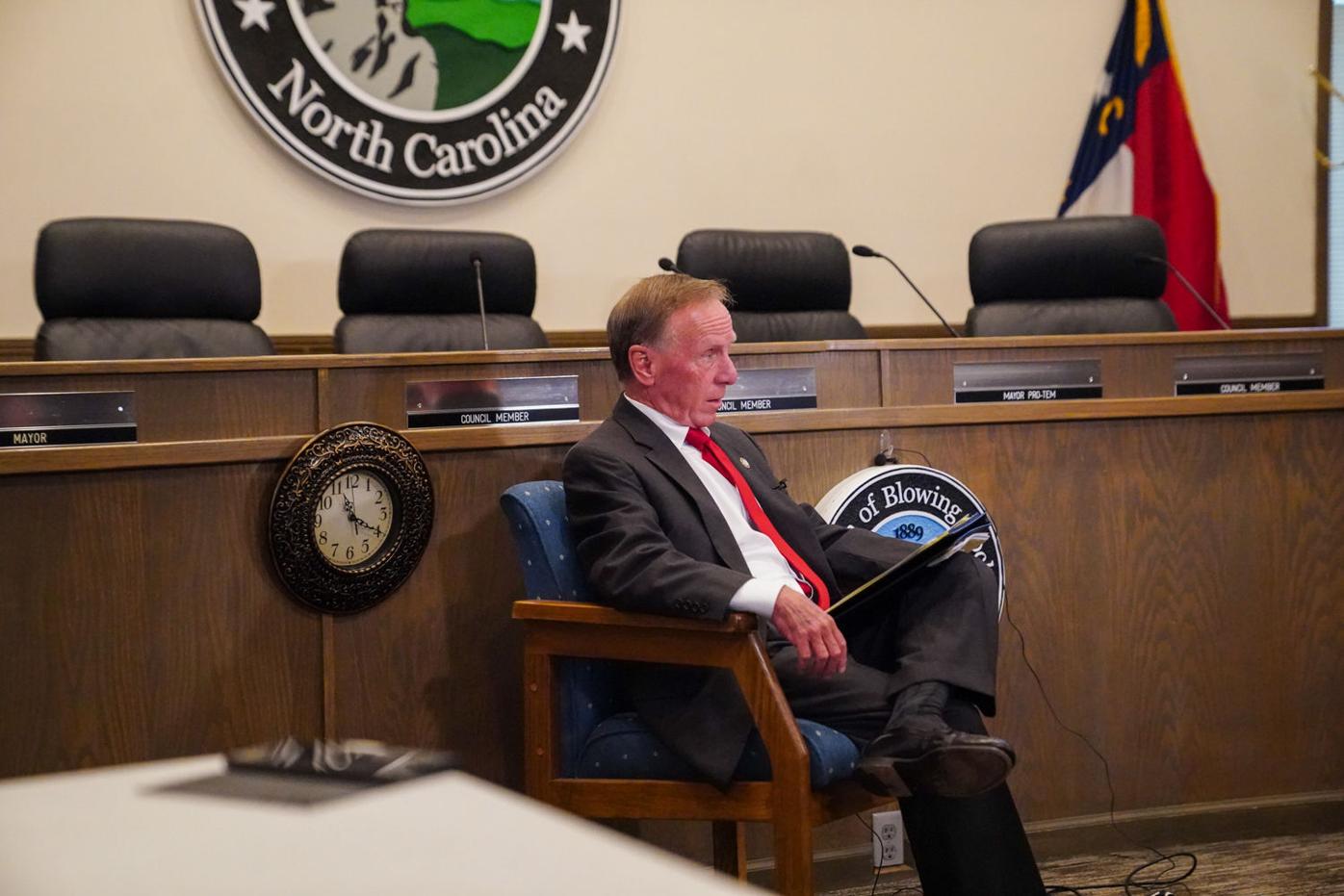 BLOWING ROCK — Getting individuals and civic groups working together, not divisively, was a central theme of Mayor Charlie Sellers’ closing remarks on Oct. 1, during a campaign taping for the Blowing Rock Civic Association’s virtual candidate forum leading up to the November elections.

“I am tired of all this controversy between the civic groups and the town,” Sellers said. “It is time the town worked as one. We will accomplish so much more, working as one.”

Sellers’ comments followed earlier taped statements about how much the town has accomplished in the past four years, thanks largely, he said, to the work of town manager Shane Fox and his department heads. He acknowledged that there remain challenges, and that challenges will always emerge as the town grows.

“I grew up here,” said Sellers, noting that the town has grown considerably since he was a child and that growth and some amount of change are inevitable.

Off camera after the taping, Sellers shared with BRCA board member and the host of the taping, Jean Kitchin, that many of his critical comments were aimed directly at the BRCA.

“I attended a community group’s meeting yesterday (Sept. 30) about the noise and speeding issue on Valley Boulevard,” said Sellers, “and BRCA leaders were in attendance. I outlined for the group what the town had already done and was doing to address the problem. We have ordered some new, larger signage that will go up at both ends of Valley Boulevard as you enter town. It’s coming, but like a lot of other things we are victims of the nation’s supply chain management crisis. There are delivery delays. Last week, our police department, along with the State Patrol wrote more than 50 speeding citations. I provided all of this information and then, three hours later, someone forwarded to me this BRCA email blast they had just received, encouraging the recipients to express their outrage about the speeding and noise problem on Valley Boulevard, and asked them to ‘consider’ signing the attached petition.”

It was if he had been talking to a brick wall, Sellers said. No one from BRCA had spoken with anyone at town hall or the police department about this issue before fanning the flames, he said, according to town manager Shane Fox.

“I don’t have a problem with the community group’s petition, but I do have a problem with BRCA stirring things up without communicating all of the information to the people on their email list. It is divisive. It is disrespectful,” said Sellers. “Town manager Shane Fox and his department heads work on these problems. It is not in their job description to let every single person in town know exactly what they are doing to address every single issue every single minute of every single day. When BRCA urges its email recipients to express their outrage, even though they may not be close to fully enlightened about what they are complaining about, one or more members of town staff have to respond. It is unnecessarily taxing on the resources at town staff’s disposal. Especially where the complaints are ill-informed or only partially informed by a third party like BRCA, it is particularly frustrating for the people who work hard at town government.”

Sellers complimented BRCA on some of its initiatives, such as the videotaping of a virtual candidate forum, but remained steadfastly critical of the group’s legislative advocacy.

“When it comes to the noise and speeding issue on Valley Boulevard, there is only so much that is under the town’s control,” said Sellers. “It is a U.S. highway and also under the jurisdiction of the North Carolina Department of Transportation. There is only so much the town can do. Bigger signage and issuing speeding tickets all day long will only have limited impact. What’s more, as a business owner adjacent to Gideon Ridge, I have intimate knowledge of the noise problem and a lot of it comes from below, in Caldwell County as trucks are braking going down the steep grade. What can the town even do about that, outside the town limits?”

Editor’s Note: After the above article appeared online Oct. 3, The Blowing Rocket reached out to Tim Gupton, executive director of the Blowing Rock Civic Association for comment.

“We believe in working together in a respectful manner with all stakeholders to encourage change or action that enhances our village and neighborhoods. We have tried to ‘walk the talk’ in our communications to homeowners focusing on facts and recommendations that are consistent with our Advocacy Plan at https://www.brcivic.org/wp-content/uploads/2021/02/Blowing-Rock-Civic-Association-2021-Advocacy-Plan.pdf

321 noise and speeding is an ongoing and real issue for homeowners and business owners.

Our role has been to support the citizen group representing those who are most impacted and who authored the petition requesting specific actions by the Town.

We were asked by the citizen group to post an update on the petition after the citizen meeting with the mayor on Thursday night who shared actions and plans by the Town to begin addressing some of the concerns and recommendations. Anyone can read the post at https://www.brcivic.org/321-noise-traffic-petition-2/

So, the mayor’s reaction was surprising to BRCA and the citizen group.