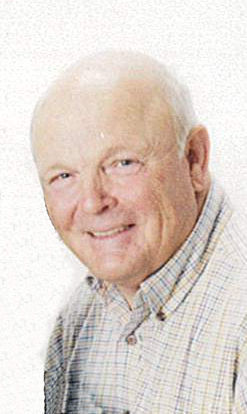 Ron was born September 8, 1943 in Stanley County, North Carolina, a son of the late Ned Little Lilly and Alma Mabry Lilly. His career with Duke Energy began in construction of High Voltage power lines across Duke’s territories in North and South Carolina. Ron then was appointed as Safety Supervisor for Transmission Lines. He served as superintendent of Transmission for the Winston-Salem Region from 1981 until 1992. The last years of his career were with Duke Engineering Services, traveling worldwide to provide Safety Assessments and training for international corporations.

Ron took great pride in his work, but even more in his family. He was our protector, defender, teacher, and champion. His role as “Papa” to our children and “Pop” to our grandchildren was the one he loved most. His longest career was with his wife of 50+ years, who both considered that a most notable accomplishment. We will always love our “Pop”.

In addition to his parents, he was preceded in death by one son, Brent Lilly, and one brother, William Thomas Lilly.

Memorial services for Ronald Ned Lilly will be held at a later date.

Online condolences may be sent to the Lilly family at www.hamptonfuneralnc.com