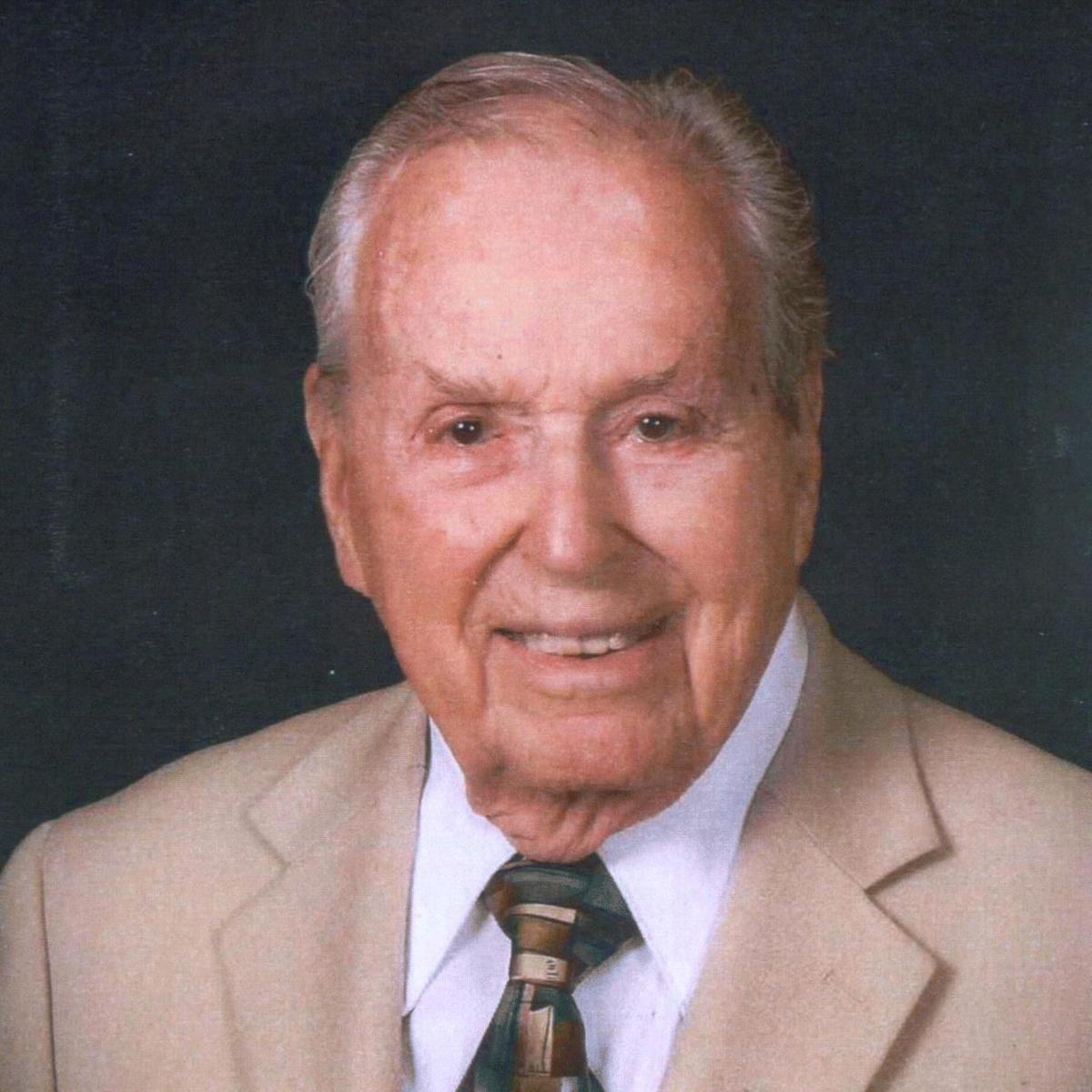 Roger attributed his long length of life to his ever loving wife Martha and the Shangra-Las where they lived.

Roger is survived by Martha, his wife of 71 years; their two sons, Roger Jr. (Rod) and Douglas; Rod’s wife of 43 years, Annie; their daughters, Sarah and Rachel (Anthony Mark); and great grandson, Carter; and Doug’s wife of 35 years, Melanie, and their sons Grant and Tyler.

Roger met Martha in 1947 on a “blind date” arranged by mutual friends at Esso, and married in 1948. They raised their sons in Florham Park and Madison, NJ, and enjoyed summers at their cottage in Lavallette. After retirement they moved to North Carolina and for the past 21 years they split their time between Blowing Rock and Naples.

Roger was devoted to his family: he managed Little League Baseball teams for Doug, was Scoutmaster of Boy Scout Troop 125 where Rod became an Eagle Scout, and was an Officer and Commodore of Lavallette Yacht Club where the family sailed. Through his leadership roles in those and other activities, Roger was a mentor to Rod’s and Doug’s friends, and embodied the philosophy “it takes a Village to raise a child”. Roger was a loving uncle as mentor and friend to seventeen nieces and nephews. Many family vacations and outings involved visits to his sister’s, brother’s, nieces’ and nephews’ homes — and sharing great wines.

Roger loved life and was always upbeat and full of fun. He actively pursued Golf, Skiing, Sailboat Racing, Fishing, Singing in multiple Choirs including Voices of Naples, working in a leadership role of many organizations he belonged to, and, with Martha, hosted innumerable Holiday parties, events and celebrations for family and friends. Roger was blessed with wonderful friends, who he loved dearly and enjoyed immensely.

Roger was active in the Presbyterian Churches of Madison, NJ, Southern Pines and Blowing Rock, NC and Vanderbilt in Naples, FL. He sang with the Choir, taught Sunday School, and served as President of the Men’s Club, as a Deacon and as an Elder. Roger and Martha were active in every couples club in each of these Churches.

Roger graduated Great Neck H.S. and attended Northeastern University, where he was President of his Class, before enlisting in the U. S. Army Air Corps in 1942. He served as a B-24 Heavy Bomber Squadron Armament Officer with the 8th Air Corps 467th Bomber Group in Norwich, England. After the War, Roger attended Cornell University on the G.I. Bill. He was a member of the Kappa Sigma Fraternity and sailed on Cayuga Lake. He graduated Cornell, Tau Beta Pi, with a Bachelor’s of Mechanical Engineering.

Roger’s career was with energy companies in design and construction of oil refineries, and chemical and petrochemical plants: At Esso, he held numerous patents for processes including scrubbing pollutants from coal and gas fired emissions. At Columbia Gas, he was Chief Engineer on a project to research and develop a process to transport liquefied natural gas by ship which, in the early ‘60’s, had never been done before. The project involved modifying a WW II Liberty Ship to test the process at sea for regulatory officials and prospective users. Thereafter, Roger finished his career at Foster Wheeler where he worked on, marketed and sold combined cycle electric generation plants and coal gasification plants.

For online condolences, to share memories or light a candle, please visit Roger’s Tribute at www.muller-thompson.com