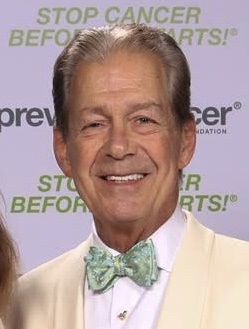 On Tuesday December 17th, Jonathan M. Topodas, 73, succumbed to cancer, dying peacefully in his home surrounded by his family.

Jonathan was born in Springfield, MA, the son of the late Ignatius and Lillian Topodas. He served in the US Army in Vietnam as a SP5 in Military Intelligence and was awarded the Bronze Star for his service. After graduating from SMU Law School, Jonathan moved to Connecticut and began practicing as a lawyer for Aetna, Inc., in Hartford. He moved to the DC area where he became Vice President and Counsel and finished his nearly 40 year career with Aetna as a Healthcare Lobbyist on Capitol Hill.

He retired in 2011 to the mountains of North Carolina. He served as the first Chairman of the Advisory Board to the homeowners association at the Blue Ridge Mountain Club, where he was affectionately nicknamed “Mayor.” He loved his beautiful mountain community and will be dearly missed by all those he befriended.

He is survived by his wife of 50 years, Elaine Davey Topodas, who has been involved as a choreographer in InVisible Theatre Company in Boone, and served as Chairman of the Events Committee at the Blue Ridge Mountain Club. He is also survived by his three children, Leya Topodas, Dean Topodas (Beka), and Michael Metz-Topodas (Alyssa); as well as seven grandchildren, ages 1 to 14.

All are invited to join the family for a dinner reception at Jasper House at the Blue Ridge Mountain Club (706 Reynolds Pkwy, Boone, NC). Donations may be made in his name to Sts. Peter & Paul Church, 707 NC Hwy. 105 Bypass, Boone, NC 28607.

Online condolences may be shared at www.austinandbarnesfuneralhome.com.