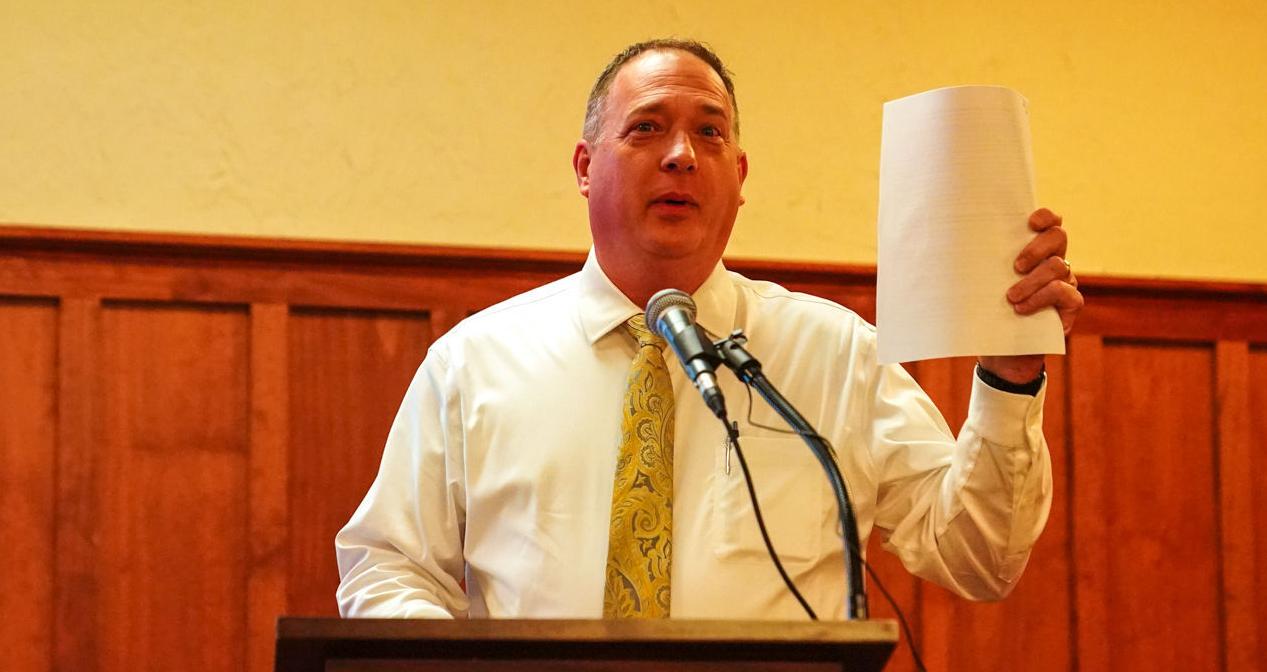 NC Representative Ray Pickett (R) announced that Blowing Rock will receive $4.8 million for the Main Street water and sewer project in the new state budget signed Nov. 18. His remarks came at the Nov. 18 ‘State of the Town’ event produced by the Blowing Rock Chamber of Commerce in conjunction with the Blowing Rock TDA and the Town of Blowing Rock.

A good crowd gathered in the American Legion Building on Nov. 18 to hear the ‘State of the Town’ presentations. 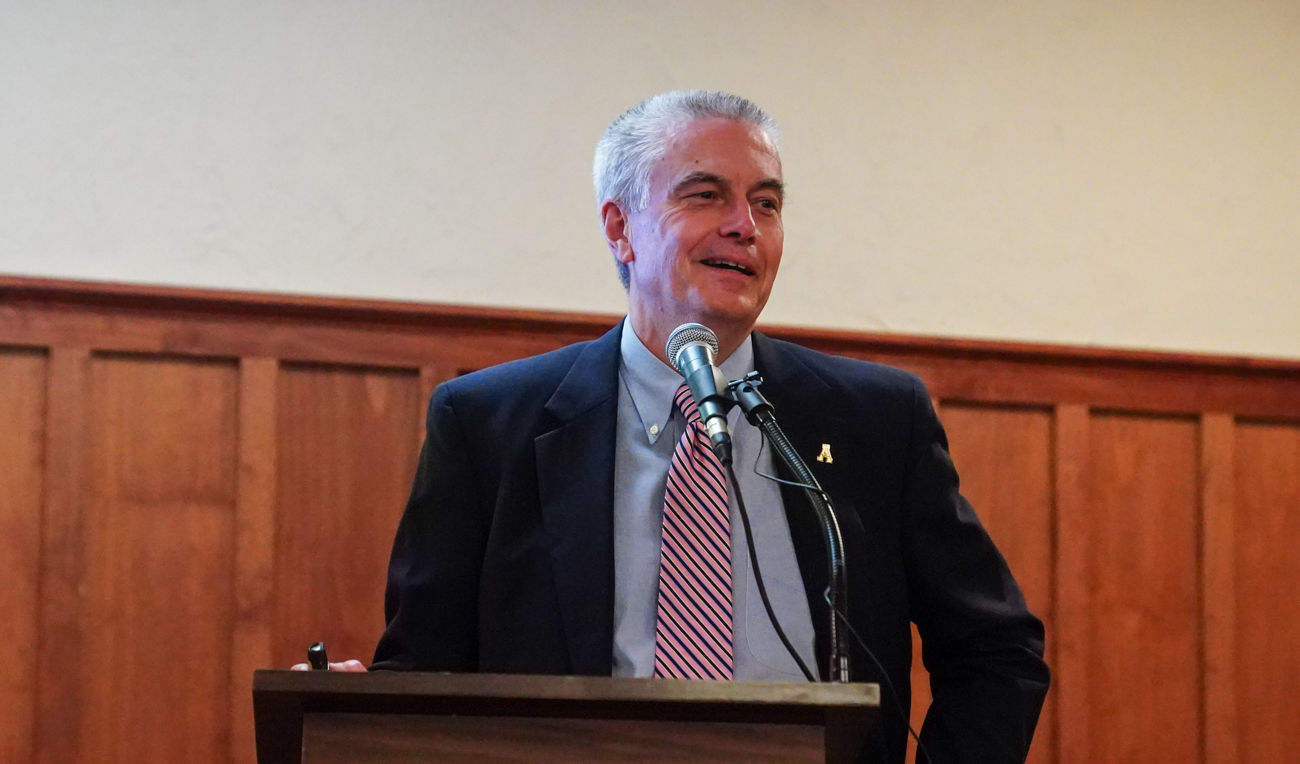 Blowing Rock Chamber of Commerce CEO Charles Hardin provided details on how the business community in Blowing Rock prospered during the COVID-19 period. 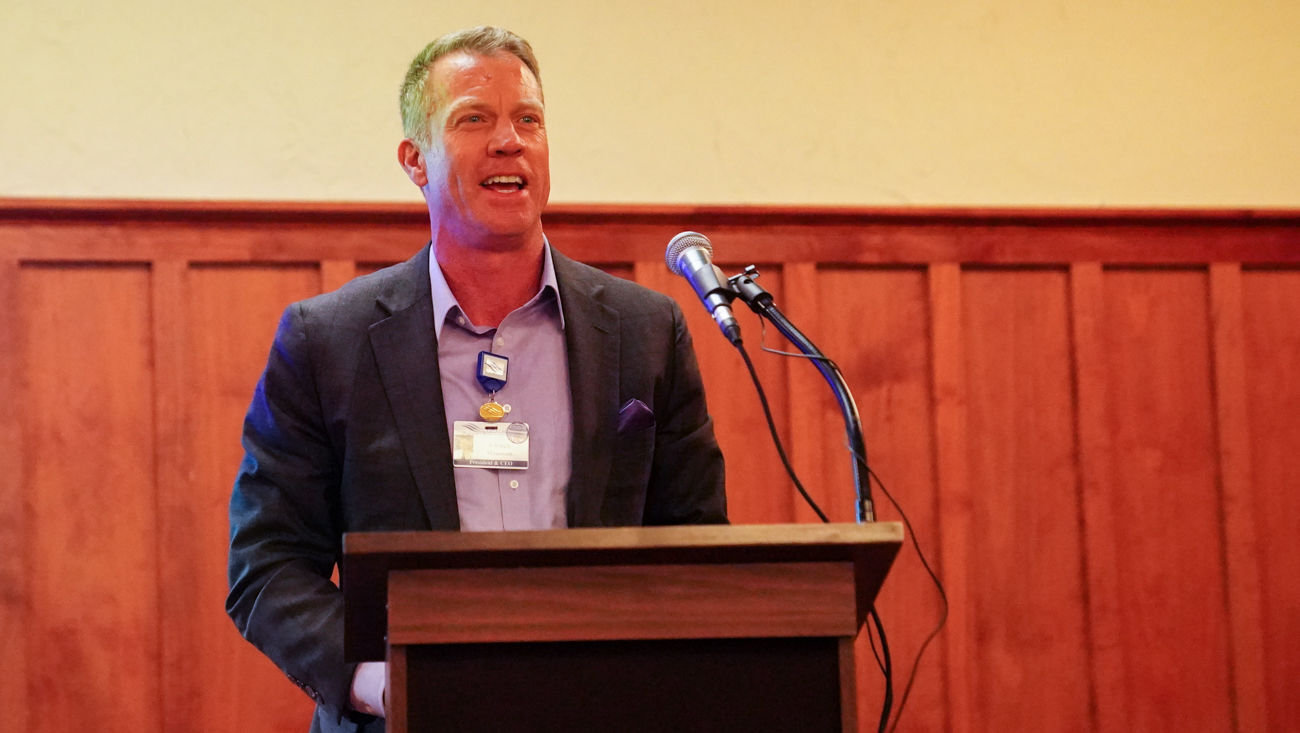 BLOWING ROCK — A governor’s signature made for a big celebration at Blowing Rock’s “State of the Town” event at the American Legion Building on Nov. 18. That’s because included in the North Carolina state budget signed into law by Governor Roy Cooper on Thursday is an important line item: $4.8 million to help with the cost to repair and replace water and sewer line infrastructure on Main Street.

Blowing Rock resident Ray Pickett (R) is the region’s representative in the North Carolina legislature and helped push for the funding. He was on hand Thursday night to announce the news. State Senator Deanna Ballard (R) was also instrumental in the line item’s inclusion.

A short while later in the program, town manager Shane Fox provided some detail for what the state funding allocation really means.

“It is actually more than $4.8 million,” he said. “When you consider that we were planning to borrow the $4.8 million over 40 years, with interest it would have cost closer to $6 million.”

During his portion of the evening’s program, Fox noted that some of the town’s water and sewer lines date back to their installation in 1910 and an even larger percentage are more than 50 years old. He showed images of cast iron lines that had been dug up for repairs that are riddled with holes.

“You touch one of those lines with a shovel and they just fall apart. So many are only being held together by the dirt around them,” said Fox.

Other key highlights from the State of the Union event:

Among the Chamber’s 2022 perceived opportunities:

Town manager Shane Fox pointed out that the town’s General Fund has roughly doubled in the 10 years since 2010, to $10.5 million, while the Water and Sewer Fund has risen from $1.4 million to $2.25 million.

TDA executive director Tracy Brown reported that $1.51 million in occupancy taxes were collected in the most recent fiscal year and that translated to more than $25 million in lodging sales and an estimated $75.5 million in visitor spending.

Brown stated that the impact of visitor spending and tourism related taxes results in approximately $463 million in tax savings that would otherwise have to be paid by residents.

Besides the mountains, the common thread connecting the five High Country counties is the Blue Ridge Parkway, which annually attracts more visitors than the national parks of Yosemite, the Grand Canyon and Yellowstone combined.