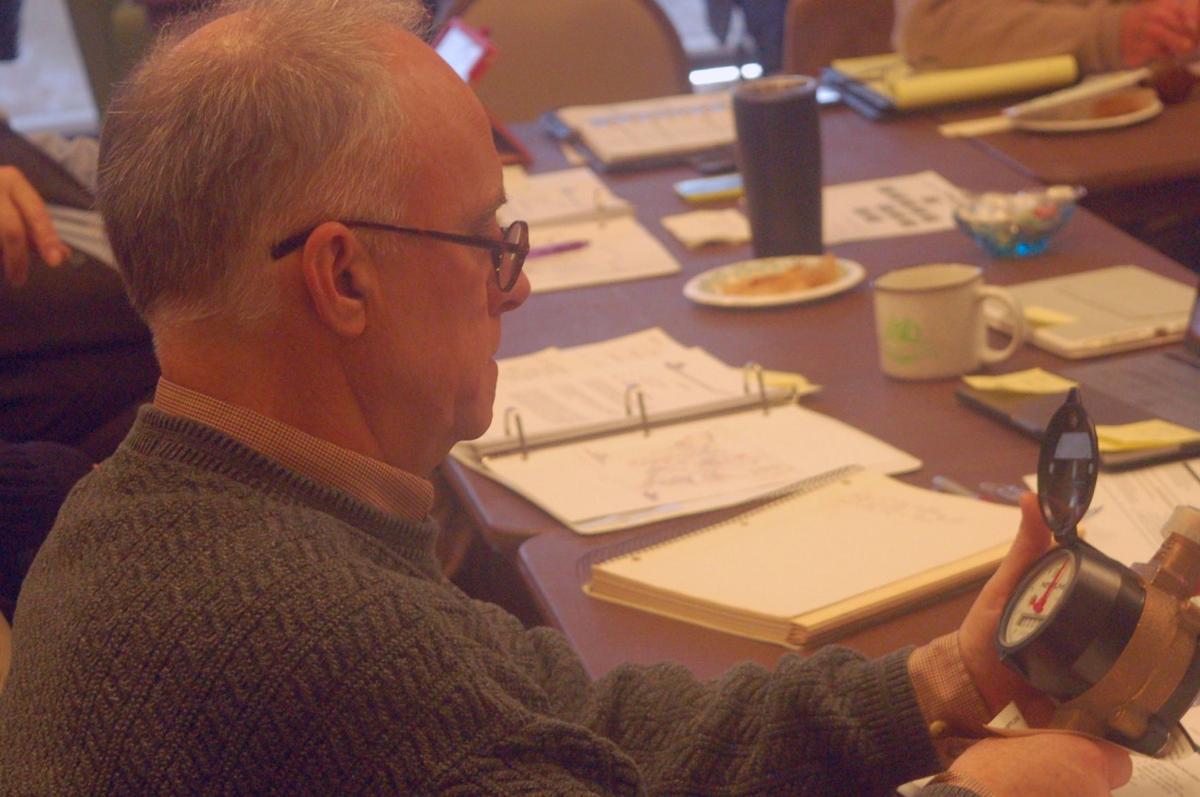 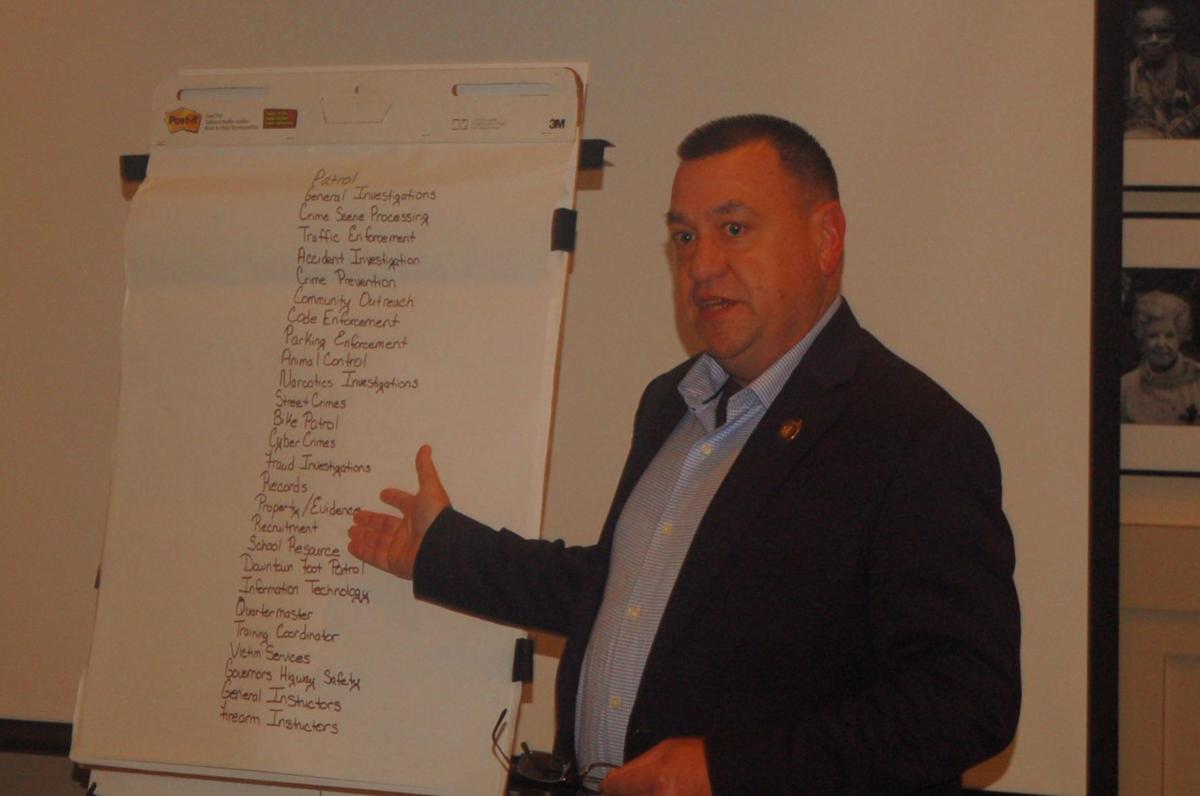 BLOWING ROCK — A facelift to Memorial Park and potential capital projects to enhance Valley Boulevard’s entrances to downtown were some of the items discussed in the first two days of the Blowing Rock Town Council’s retreat Jan. 6 and 7 at the Blowing Rock Art and History Museum.

Brown said that according to cell phone pings, downtown averages 10,000 visitors in Memorial Park each day, with a peak of more than 28,000 people for the Lighting of the Town on Friday, Nov. 29, 2019.

The discussion of playground equipment morphed into a talk about the current town parks and recreation master plan, which was finished in 2018. Brown said she only wanted a plan for Memorial Park, noting that the last plan for the park was made before the current Blowing Rock Police Department office was built.

Blowing Rock Town Manager Shane Fox recommended putting together a group of three to five people, including parents of kids who use the park, to put together a Memorial Park plan.

The scope of the Memorial Park plan was debated, including potentially adding Memorial Park and Legion Hill. Going after a Parks and Recreation Trust Fund grant was also discussed, with Fox noting that a playground could be built this year without jeopardizing a future grant application.

Councilman Doug Matheson noted that the playground will have to be decided on in February in order to have something built before summer.

As a result, the water rate increase implemented in 2019 hasn’t led to increased funds, Norman said.

Norman pointed out that different towns have tiered levels or minimums as low as 1,000 gallons before extra water fees kick In.

Fox said that several options to restructure the water fee schedule will be presented during the budget discussions for 2020-21.

A new amphitheater?Fox presented a concept for a redevelopment of Legion Hill, located between Broyhill Lake and the American Legion Hall. The Village Foundation of Blowing Rock project is estimated to cost $850,000 to $900,000, Fox said, with fundraising set for 2020.

The area would include ADA-compliant walkways, replacing the dilapidated stairs currently there, and an amphitheater, with the stage facing up the hill.

Opinions on the amphitheater were divided, with councilperson Sue Sweeting expressing concern over the noise and said she would prefer a park instead. Councilman Albert Yount called it a “win win” while Powell expressed a desire to hold ticketed events in the proposed amphitheater.

Blowing Rock Fire and Rescue Chief Kent Graham said as someone who lives close by, he loves the amphitheater idea and said he’s surprised it hasn’t been done already.

“This would give legs to enforcement,” Harwood said.

Powell stressed the point of wanting to protect the town’s residential neighborhoods.

At the onset of the retreat, Fox said once the short-term rental application was created in 2019, approximately 125 applications were sent out, and 75 came back with payment. The other 50 are in the process of followups, Fox said. He said the collections standpoint is “tricky” as it’s an honors system.

Currently, short-term rental agreements can’t go longer than 28 days. The discussion was put on the Wednesday agenda to set as priority.

Concern for the Broyhill Lake dam on Laurel LaneLandscape Manager Chris Pate and Brown told council of a potential need to move the Laurel Lane bridge and dam as it crosses the edge of Broyhill Lake near Annie Cannon Gardens and the Glen Burney Trailhead.

Pate said that during a rain storm in 2018, he estimated the town was 30 minutes away from losing the entire road due to the current state of the dam and spillway. Fox said the spillway does an S-curve around the dam.

Fox estimated the dam is in excess of 70-80 years old. Doug Chapman of McGill Associates, who oversees projects on behalf of the town, said that specifically, the bottom of the wall is failing.

Several alternate options were presented, including creating new spillways, and priority and direction will be further discussed on Jan. 8.

The town will ends its emergency dispatch contract with Watauga County as of July 1, Fox said, after a town council vote taken in April 2019.

The Blowing Rock Police Department is also looking to have an officer physically located at the police station from 7 a.m. to 7 p.m., seven days a week.

The big point for Miller was officer retention, saying that it was estimated that BRPD has had more than 50 officers in a 12-year period for a 12-officer force. Currently, BRPD is two officers short of a full force, Miller noted, although he noted the department has a roster of three to six part-time reserve officers.

The primary reason for losing officers is better pay at neighboring departments, Miller explained, saying that even though he feels Blowing Rock’s benefits package is top notch, a lot of the younger officers are more interested in the pay.

The council discussed ideas of requiring officers trained by BRPD to serve a certain period of time, as well as bumping up pay to compete with neighboring police agencies.

The 2020 Blowing Rock Town Council retreat was to go through 6 p.m. Tuesday, Jan. 7 and conclude midday Wednesday, Jan. 8. The Blowing Rocket will provide coverage of the conclusion of the retreat in a future issue.

Sunset and North Main entrances to downtownBlowing Rock Landscape Coordinator Chris Pate made a presentation on the potential to “beautify” the intersections of Valley Boulevard at both Sunset Drive and North Main Street, presenting ideas for boulder walls and plantings.

The areas haven’t been developed since Valley Boulevard/U.S. 321 was widened.

“There’s so much potential to do something,” Pate said.

Fox said the town has $261,000 in the bank earmarked for a proposed chamber project that would create a “gateway” to Blowing Rock along Sunset Drive near the Valley Boulevard intersection. Fox said the gateway project, which was estimated to cost approximately $450,000, was put on hold in November. Fox said that in his conversations with Blowing Rock Chamber of Commerce President and CEO Charles Hardin, the chamber expressed that it wants to pursue the gateway project.

The 2014 Comprehensive PlanBlowing Rock Planning Director Kevin Rothrock gave a presentation on the progress of the 2014 comprehensive plan, presenting status updates on more than 140 goals listed. Council Member David Harwood argued the plan hasn’t been implemented like it could be, while Matheson said they’re doing fine halfway through a 10-year plan. Priority is to be given to plan items on Jan. 8.

The council is looking into changing zoning rules for central business and town center, specifically Main Street, into east and west. The proposed changes were spelled out in the 2014 comprehensive plan and were brought before council in February 2019 as part of a “simplification” of town codes, but strong public opposition caused council members to vote against it.The retreat was scheduled to conclude on Jan. 8.

Pickeball courtsConstruction of pickleball courts were discussed, with Davant Field brought up as a possibility for future courts.

“I think it’ll be in front of us until we do something,” Harwood said.

Fox said that estimates for two pickleball courts, all amenities provided, came to between $70,000 and $90,000.

Another site discussed was Cone Road, which currently doesn’t have parking.