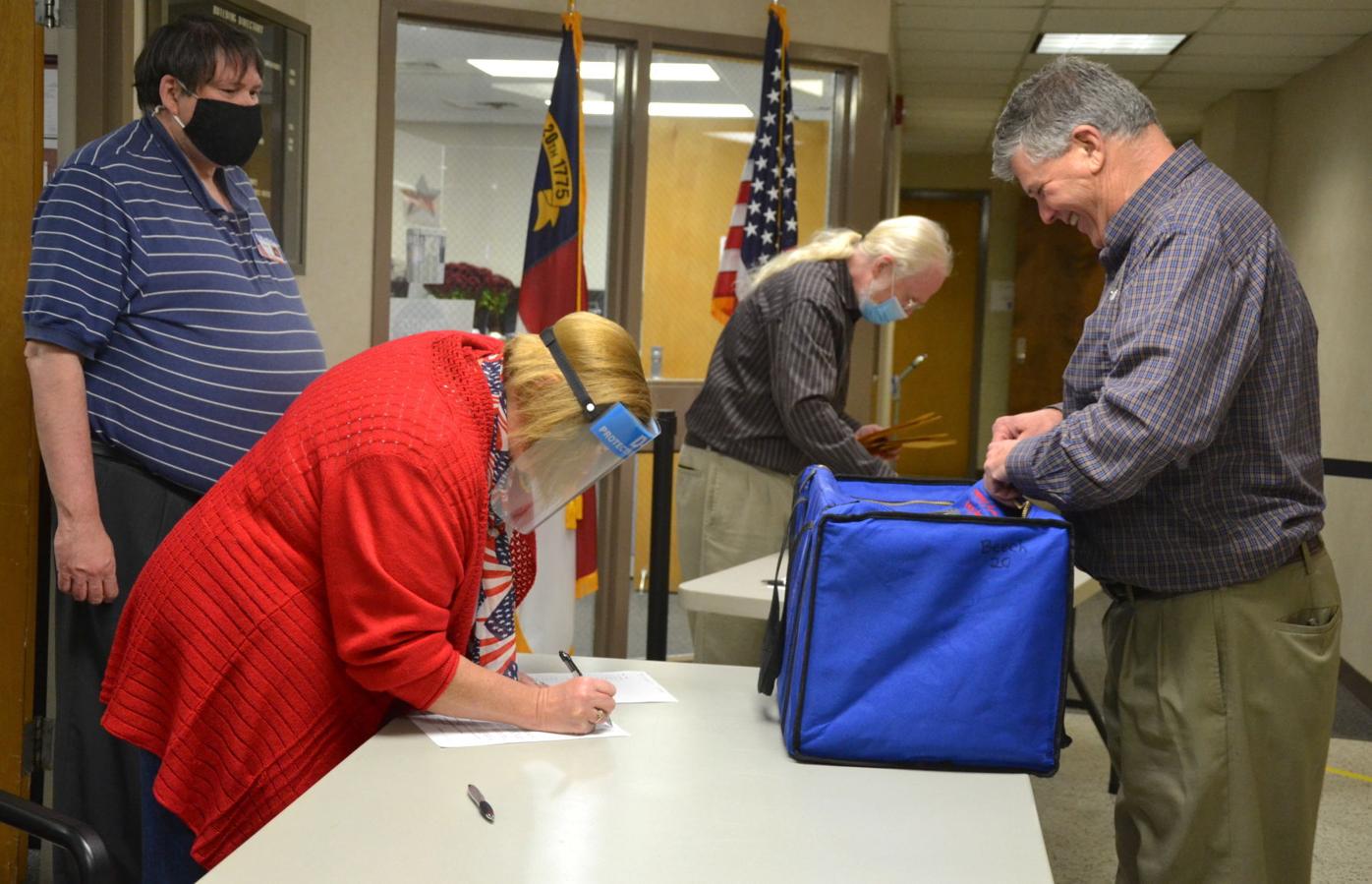 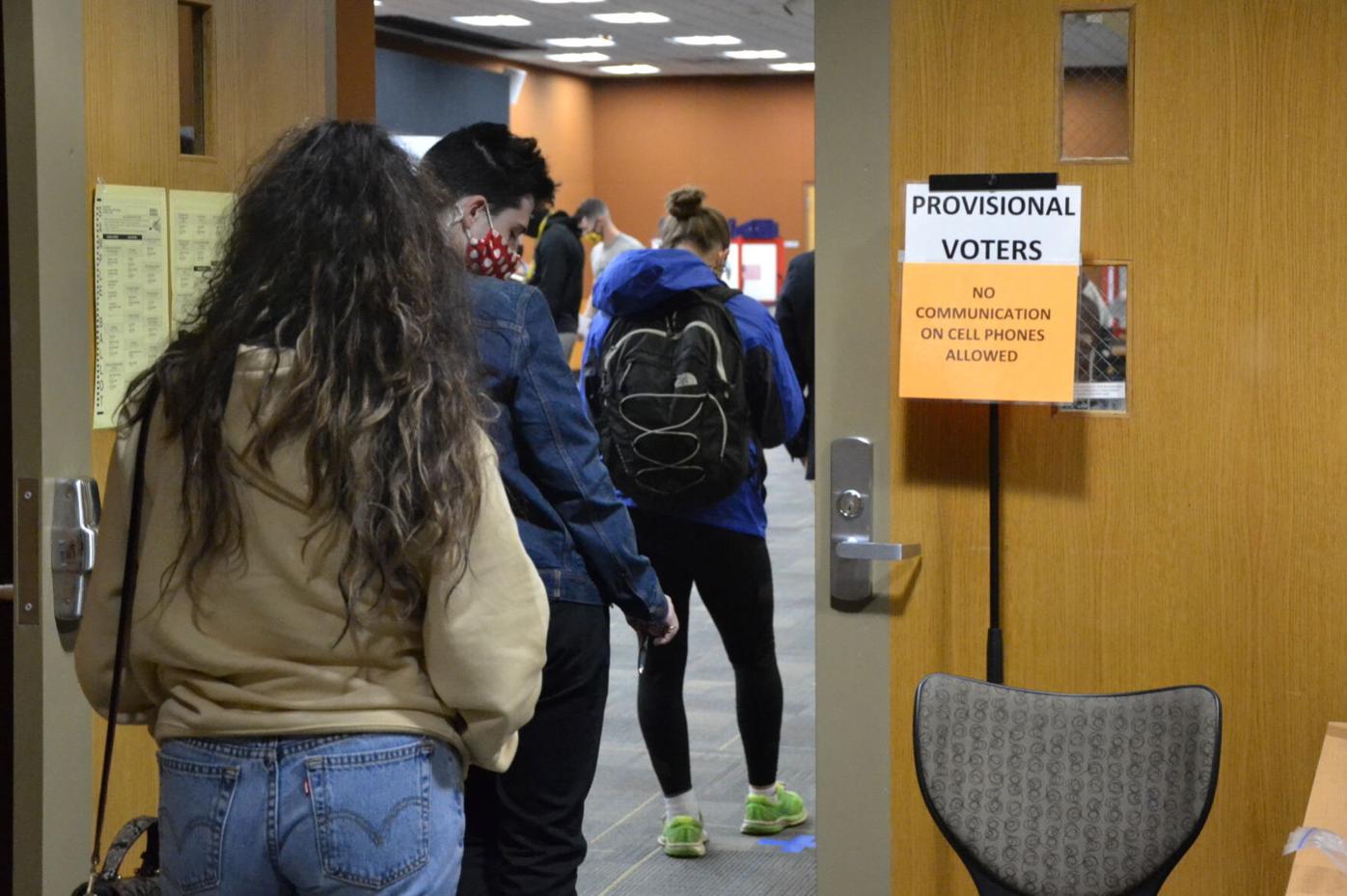 Voters in the Boone 1 and New River 2 precincts vote on Election Day at Hardin Park School. 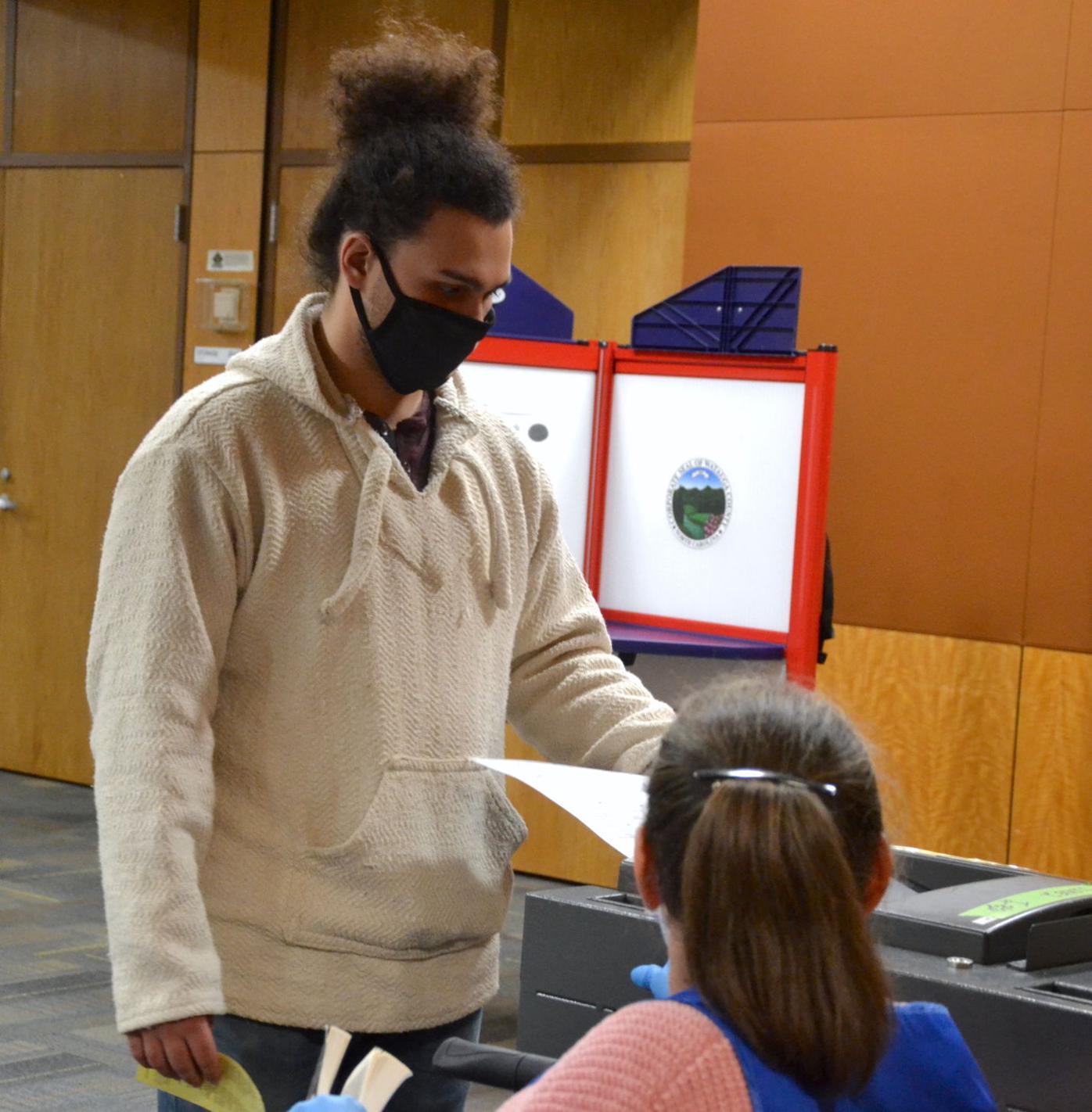 Voters in the Boone 1 and New River 2 precincts vote on Election Day at Hardin Park School.

BOONE — In unofficial election results, Democrats swept all three Watauga County Commission races in the 2020 election, meaning Democrats will occupy all five seats on the board.

According to the Watauga County Board of Elections office, 260 provisional ballots were cast that have yet to be counted. Provisional ballots are provided to voters when their registration cannot immediately be verified. If they are verified as being eligible to vote in the county, their ballots will be counted at the canvass on Nov. 13, when results become official.

First-time candidate Carrington Pertalion won the District 1 seat by a vote of 15,807 to Republican Todd Castle’s 14,431. Charlie Wallin won re-election to District 5 with 16,087 votes, defeating Republican Bart Keller, who garnered 14,069 votes. John Welch, the current chair, was unopposed in District 2, with 20,456 filling in his bubble on the Watauga County ballot.

Welch and Wallin win four-year terms on the board, while Pertalion earns a two-year term with the third-highest number of votes.

Pertalion said she was very excited about the community supporting her at the polls, and was looking forward to serving the community while representing the entire county. Pertalion is also proud to serve as the sole woman on the board — the first since Mary Moretz served in the mid-2000s.

“I’m hopeful for the future that there will be more than one woman on the board,” Pertalion said.

Castle congratulated Pertalion, and said she’s “a fine person.” He said the two treated each other with dignity and respect.

He added that he thought that Republicans in Watauga can’t seem to “get over the hurdle” of voters from Appalachian State University. He said that local Republicans had noticed that people in their political party voted for the president and N.C. governor races, but didn’t finish the ballots for the local races.

“We preached that from the get-go to everybody to complete their ballot front to back, top to bottom,” Castle said. “There were votes cast that me and (commissioner candidate) Bart Keller did not get because people didn’t go finish their ballots.”

Castle thanked the voters who supported him, and said while it’s too early for him to say with certainty, he didn’t think he would run again for an election.

Wallin — who was elected to a two-year term in 2018 — said he was happy with the results so far, and that the votes indicate that the community thought he did a good enough job to award him a four-year term. Wallin said he decided to run again as there was more work to be done on issues such as public school capital projects, local ambulance bases and improvements to the county landfill.

“It’s exciting to be able to continue doing what I love to do,” Wallin said.

Leading the votes for the Watauga Board of Education candidates is Steve Combs with 14,926. In second with 14,894 votes is Jason Cornett, followed by Marshall Ashcraft with 13,899 and Ronny Holste at 13,634.

Combs has served a total of 14 years on the board with one two-year term and three four-year terms. As the top vote-getter, Combs will enter into a fourth four-year term. Combs said he continues to run for the board because he cares about the children in the county and serving as a voice for them.

To the voters, Combs said, “Thank you. I really appreciate the confidence you have in me, and I won’t let you down.”

Cornett completed a four-year term on the board from 2014-18, but was not re-elected to the board after running for a seat in the 2018 election. He said he decided to try running again because he “didn’t feel like (his) work was finished last go ‘round.”

“I love our school system; I love our county and I felt led to do it,” Cornett said. “That’s the burden I had on my heart for the county to serve at this level again.”

Cornett said he’s excited to have the second highest number of votes and that it’s been a “whirlwind of emotions.” He added that he’s going to stay positive and humble until results are finalized.

In a Facebook post, Holste said, “I would like to thank everyone who had faith in me to sit on the Watauga County School Board. Unfortunately, it is not in the cards for 2020. Instead, I fell short by 265 votes. I would like to thank each new board member for their service for Watauga County Schools and families. You all have my full support as we move forward. Thanks to everyone.”

Ashcraft did not immediately respond to a call and text seeking comment.

Ray Pickett, a Blowing Rock businessman and Republican who served on the Blowing Rock Town Council for four years, appears to have defeated N.C. House District 93 incumbent Ray Russell, a Democrat and owner of RaysWeather.com, by 2,833 votes in unofficial results. District 93 includes Watauga and Ashe counties.

Pickett’s win comes with a strong showing in Ashe County, which he carried by a margin of 5,729 votes. Russell, of Boone, carried Watauga County by a smaller margin of 2,896 votes, according to unofficial results from the N.C. State Board of Elections.

Reached on Election Night, Pickett said the results were still sinking in.

“It was a hard-fought race. It was close like we knew it would be,” Pickett said. “We really appreciate all those people who got out and folks who helped us.”

Pickett said he was disappointed that Republicans did not win county commissioner seats, but that he had faith in the commission to do what’s right for Watauga.

“I look forward to working with them at the state level and making the High Country the best place it can be,” Pickett said.

Russell did not immediately respond to a call and text seeking comment.

Republican Deanna Ballard of Blowing Rock handily won re-election to the N.C. Senate District 45 seat, with 71,370 votes. Challenger Jeanne Supin of Boone garnered 32,849 votes, according to unofficial results from the N.C. State Board of Elections.

Ballard did not immediately respond to a call and text seeking comment.

“While my loss is disappointing, I remain so humbled, inspired and grateful for all the work we have done together to make our communities more inclusive, compassionate, healthy and prosperous,” Supin said.

Supin said her campaign would be reaching out to Ballard to wish her the best.

“I am hopeful that Deanna Ballard will represent us in the way that our community needs,” she said.

“I’m excited about continuing to contribute in any way I can, particularly working with all the young people who really just bent over backwards to help me and help other candidates across the district,” Supin added.

In other races, Democratic Gov. Roy Cooper is the apparent winner in his race for re-election, defeating Republican Dan Forest. In a close race, Republican incumbent Thom Tillis appears to have edged challenger Cal Cunningham to win re-election to a second term in the U.S. Senate. U.S. Rep. Virginia Foxx has secured another two-year term in Congress, defeating Democrat David Wilson Brown.