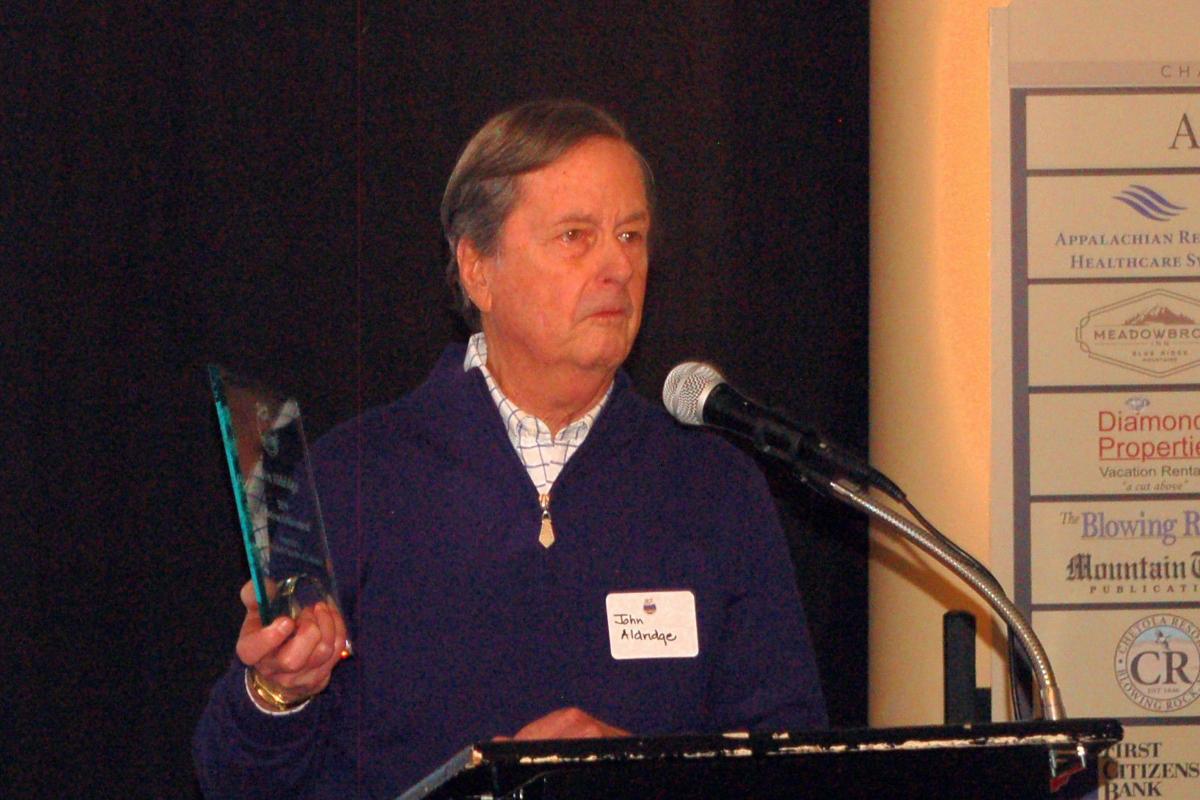 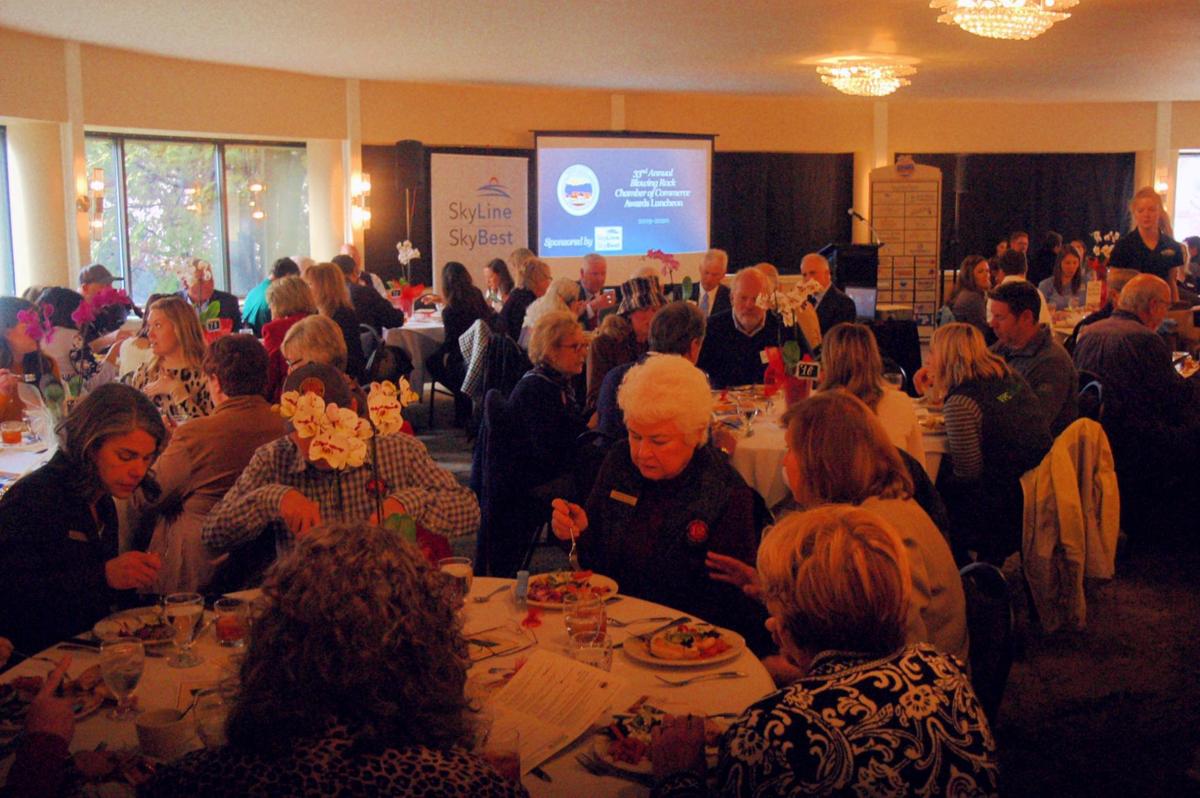 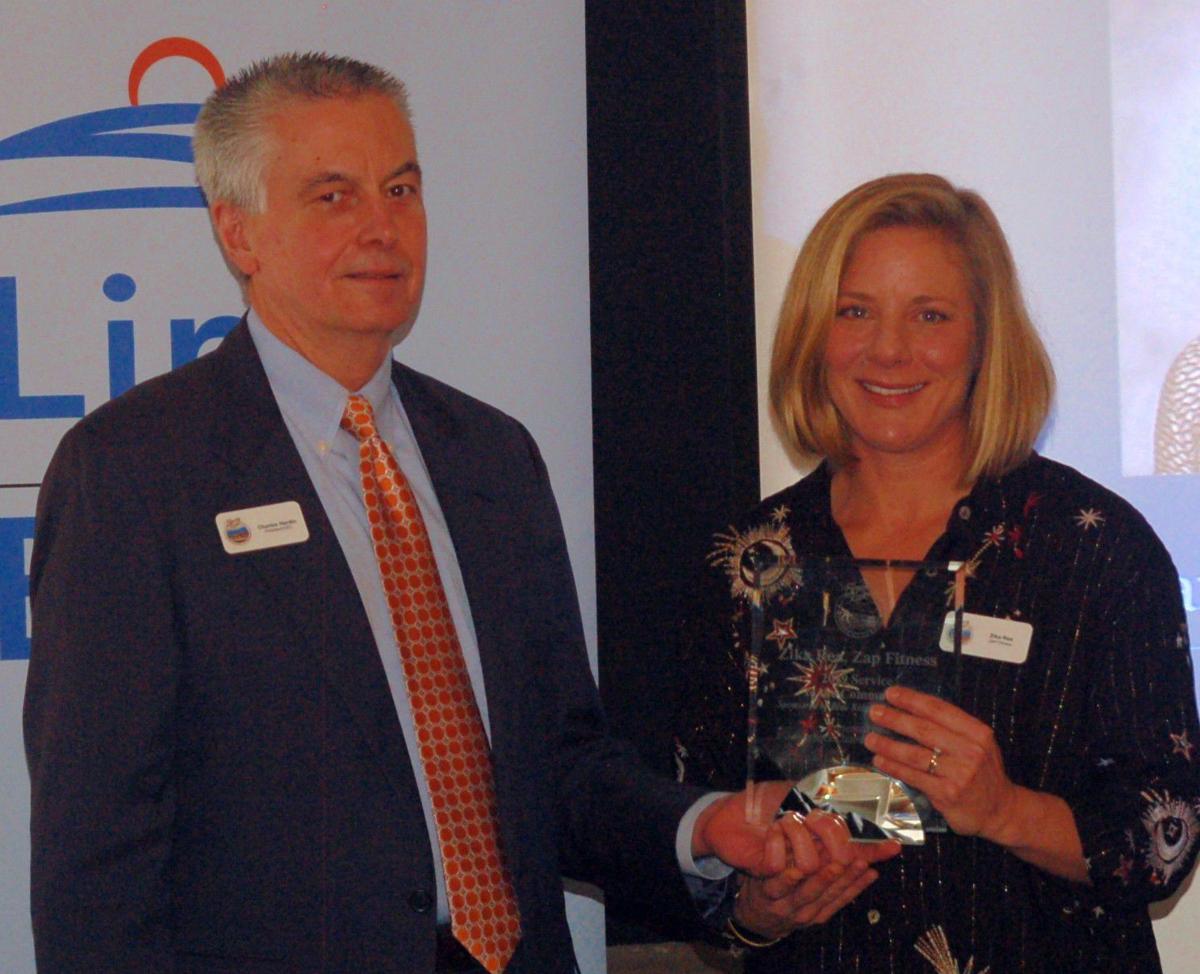 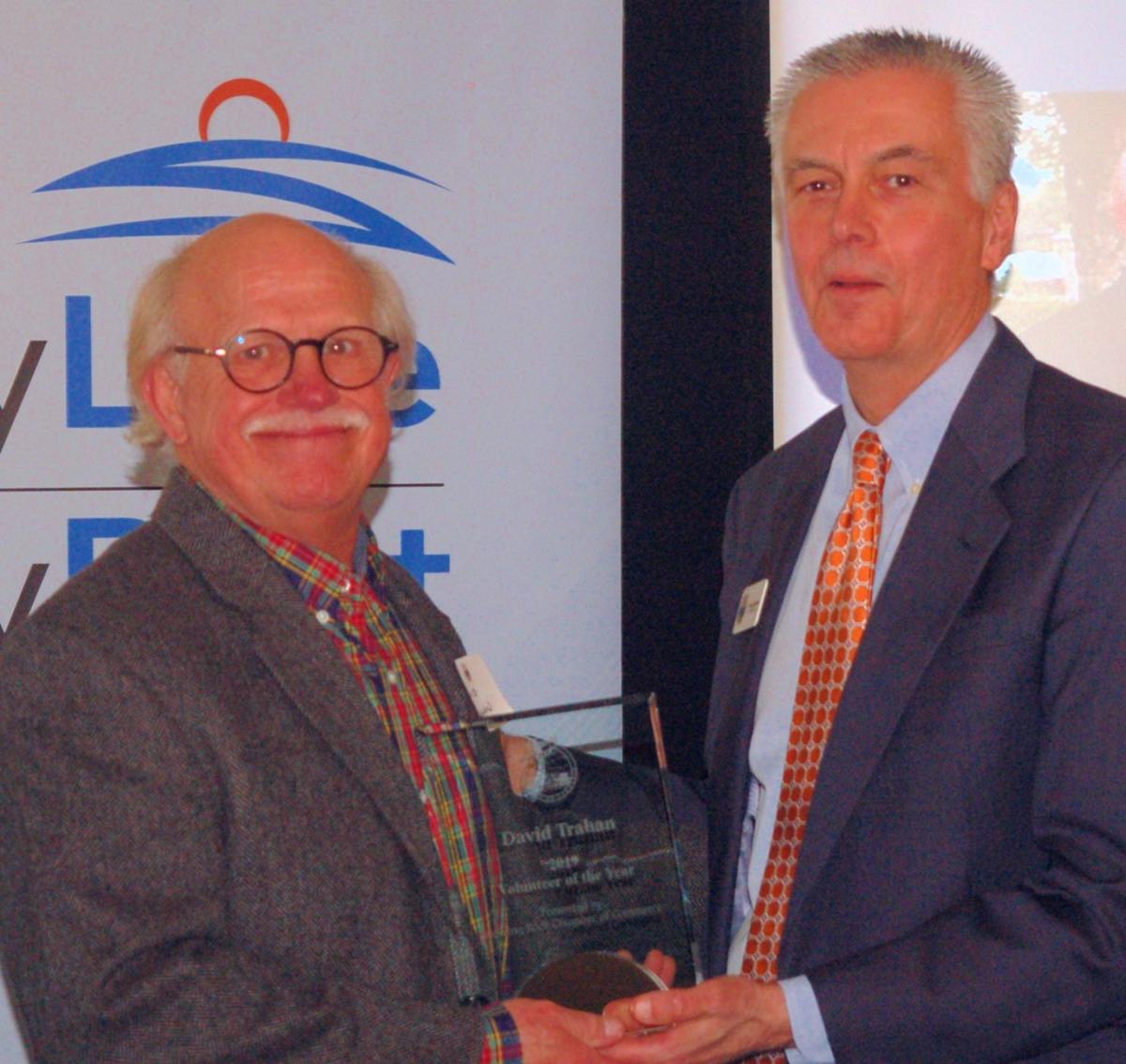 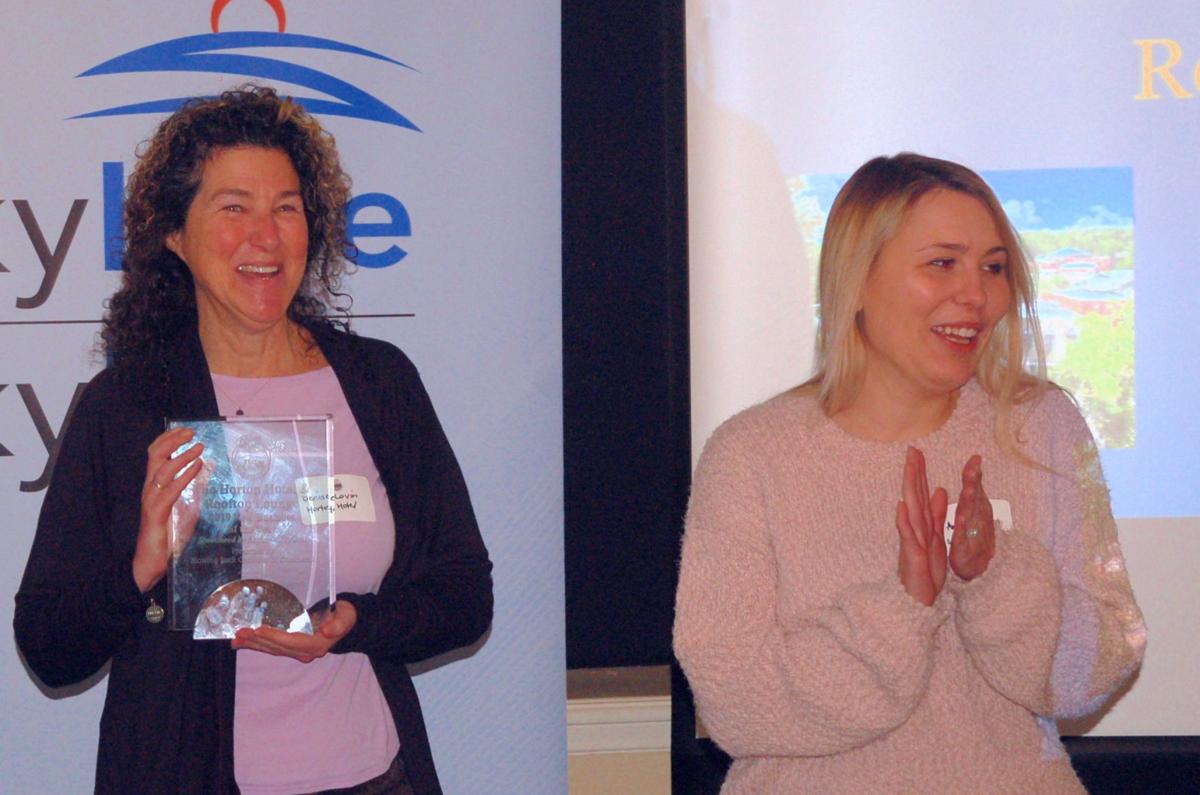 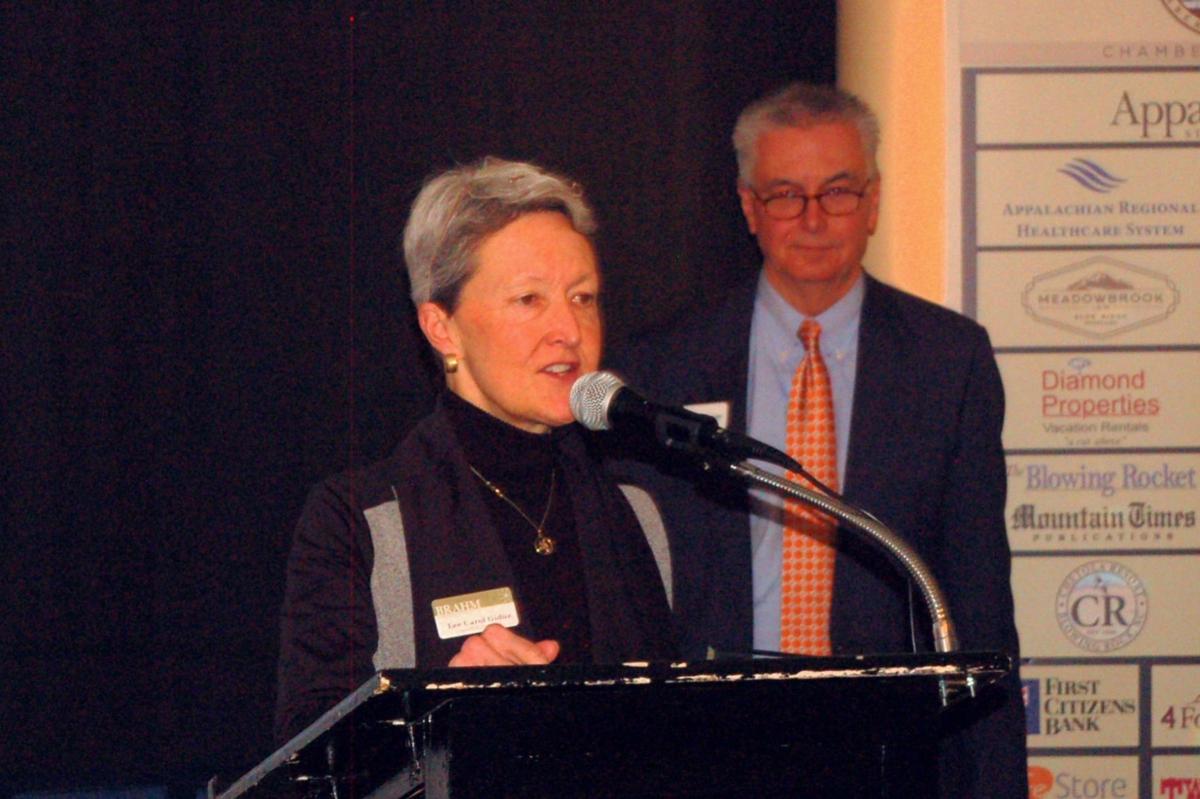 The Blowing Rock Art and History Museum took home business of the year honors at the 33rd annual Blowing Rock Chamber of Commerce Awards Luncheon on Feb. 11 at Meadowbrook Inn.

Lee Carol Giduz and her staff accepted the award, thanking those who support the museum and its mission, saying that visitors are often surprised at the quality of the museum.

Opened in 2011, BRAHM was the culmination of more than 10 years of work by locals who sought to showcase artwork, mainly by Elliott Daingerfield who lived in the Edgewood Cottage, which is on the property. The space hosts multiple events weekly including the Doodlebug Club, the Afternoon Art Club and Gentle Yoga; as well as events such as TAC Talks, Scholars and Schones, Coffee with the Curator, Cork and Canvass and more.

Blowing Rock Chamber of Commerce President and CEO Charles Hardin noted that in 2019, BRAHM had more than 30,000 visitors, a 28 percent increase from the previous year. Nearly 3,000 kids take part in programs at the museum every year.

Other nominees for business of the year included The Spice and Tea Exchange, The Meadowbrook Inn and the Town Tavern of Blowing Rock.

The Lifetime Achievement Award, which Hardin explained isn’t awarded every year, was presented to John Aldridge for his continued work as founder and president of the Blowing Rock Village Foundation. The fundraising nonprofit helped construct the Mayview Plaza and is currently studying the feasibility of working on Legion Hill between the American Legion Hall and Broyhill Park.

“Given to a special individual who has spearheaded beneficial efforts and displayed continuing support of Blowing Rock,” the description of the award states.

The Jerry Burns Ambassadorial Award, named after the longtime Blowing Rocket editor, was presented to Jim McDowell of Mountainaire Inn and Log Cabins.

The “Volunteer of the Year” award went to David Trahan, who was honored for his contributions to Blowing Rock’s Art in the Park event. Trahan was noted for getting up at 5 a.m. to help set up for each day’s festivities and never missing a single time.

The “New Business of the Year” award went to The Horton Hotel and Rooftop Lounge in Boone, the award for “Outstanding Business Service” went to Hess & Hess, LLP, “Best Customer Service” was presented to The Best Cellar/Inn at Ragged Gardens, the award for “Service to the Community” went to Zika Rea of ZAP Endurance and the award for the best commercial renovations went to Chetola Resort.

The awards ceremony highlighted the previous year’s accomplishments, including bringing in an estimated 47,000 visitors to the town for festival events, as well as donating in excess of $10,000 in festival ticket sales to nonprofit members.