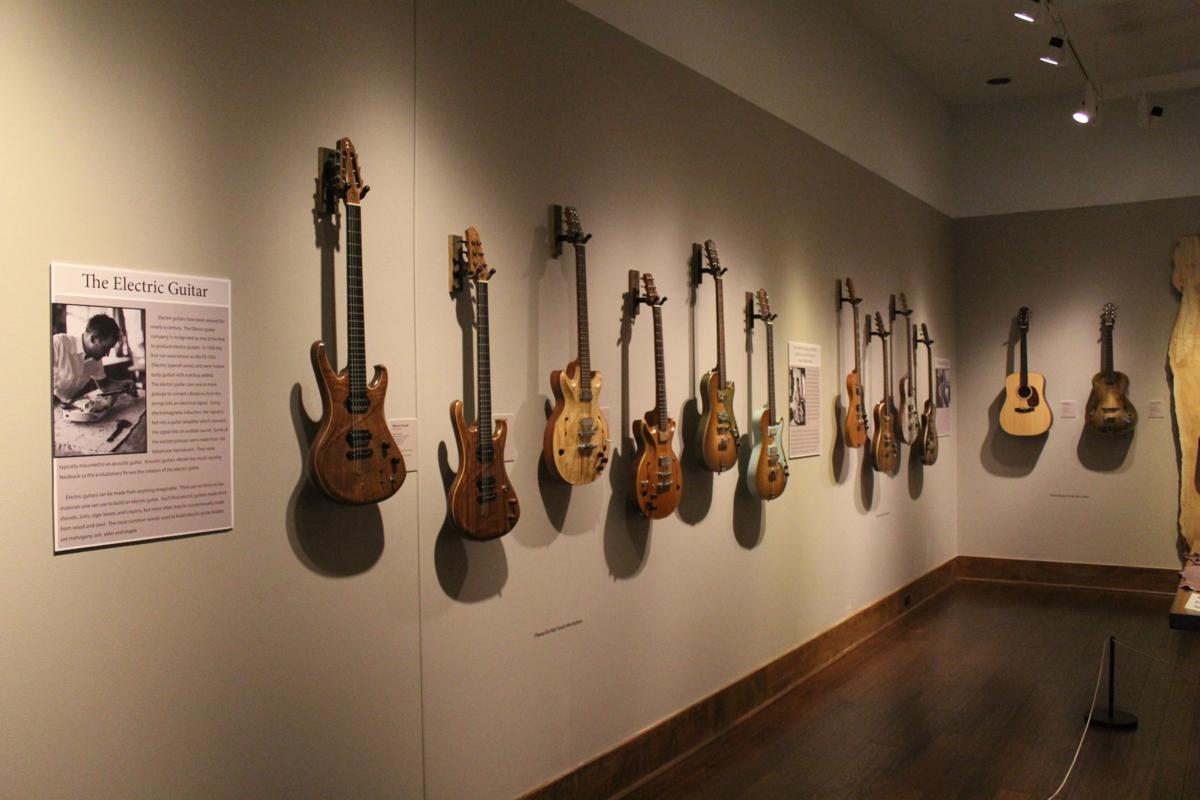 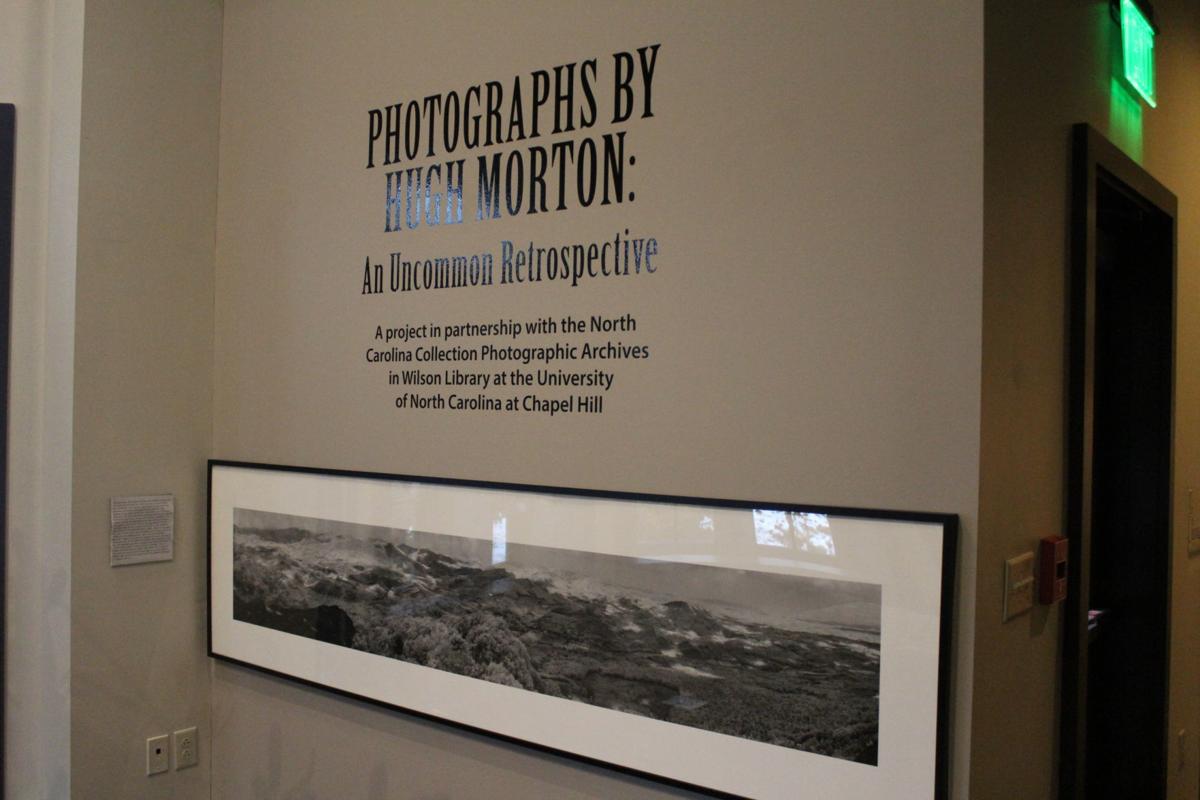 ‘Photographs by Hugh Morton: An Uncommon Retrospective’ is a stylistically diverse exhibit that BRAHM visitors can utilize to follow the story of Morton’s through the photos and legacy that he left behind. 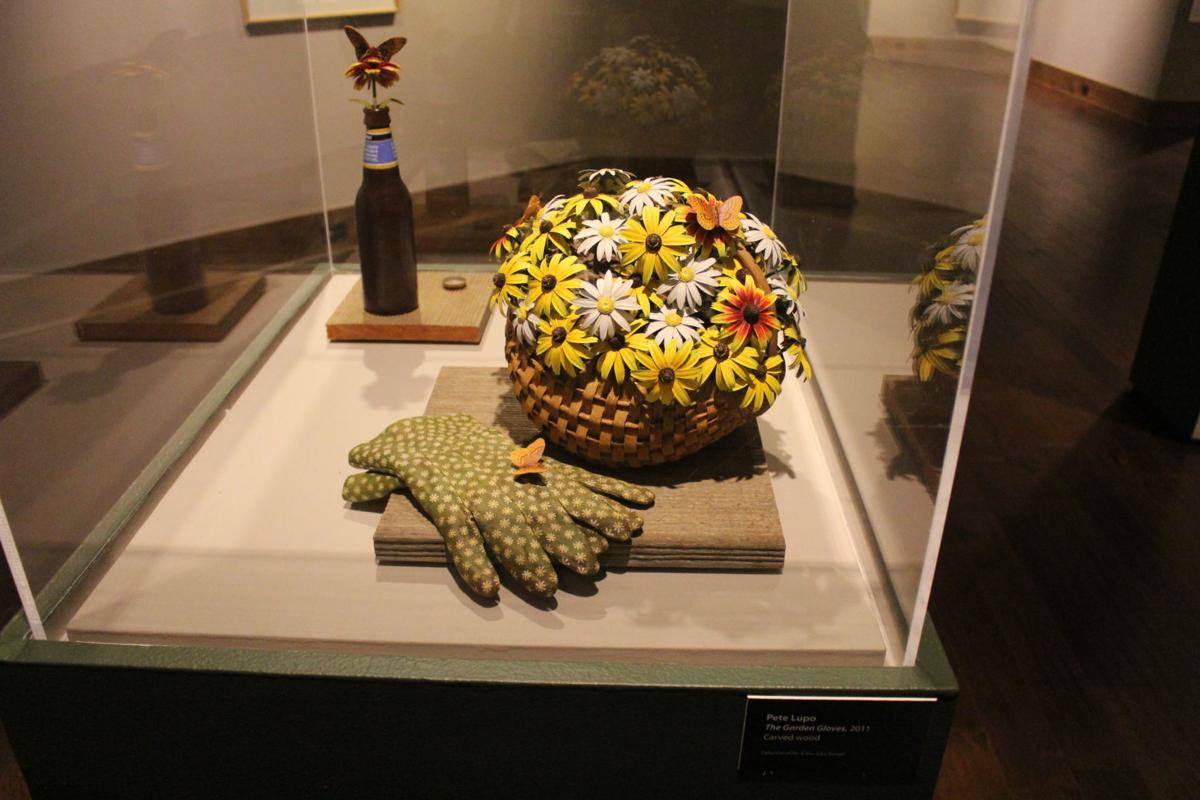 Pete Lupo’s woodworking is on display at BRAHM throughout WinterFest. In the above photo, the gloves and butterflies are carved from wood while the flowers and petals are made out of a malleable metal to help them stand. 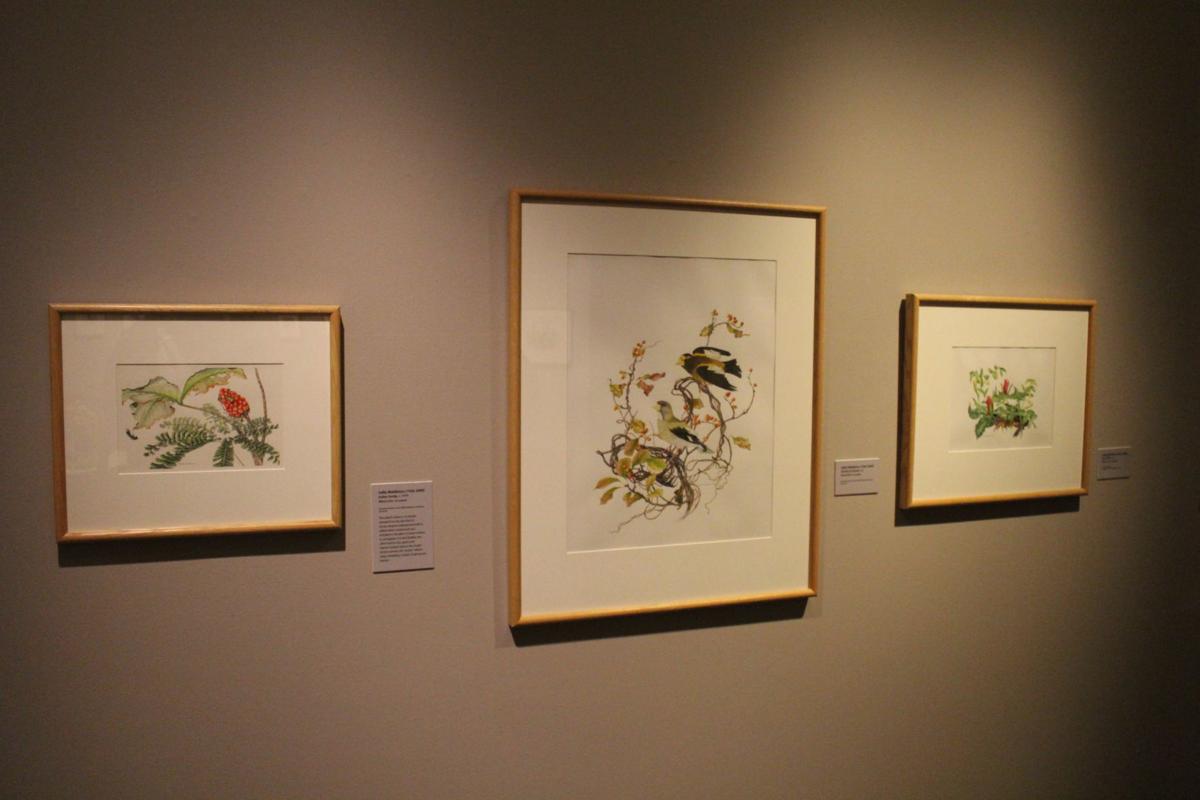 Nature-inspired watercolor paintings by Sallie Middleton provide viewers with a look into each season’s animals and fora.

‘Photographs by Hugh Morton: An Uncommon Retrospective’ is a stylistically diverse exhibit that BRAHM visitors can utilize to follow the story of Morton’s through the photos and legacy that he left behind.

Pete Lupo’s woodworking is on display at BRAHM throughout WinterFest. In the above photo, the gloves and butterflies are carved from wood while the flowers and petals are made out of a malleable metal to help them stand.

Nature-inspired watercolor paintings by Sallie Middleton provide viewers with a look into each season’s animals and fora.

With the approach of one of Blowing Rock’s largest annual events, WinterFest, the Blowing Rock Art and History Museum is excited to welcome first-time visitors and returning ones alike. Since the opening of its current building in 2011, BRAHM has been an epicenter of local and regional artistic talent.

One of the current exhibits is “Photographs by Hugh Morton: An Uncommon Retrospective,” meaning that it will be on display throughout WinterFest, which is from Jan. 23-26.

The Living Legacy exhibit is “80 photographs from his work, spanning his life,” said Watson. “It’s the uncommon perspective of Hugh Morton’s life, but you also get to see North Carolina from this perspective over time.”

The displayed photos range from black and white (Our) State magazine covers to dramatic natural stills taken near Wilmington in 1966 to a photo of Johnny Cash holding a wind-tattered American Flag at Grandfather Mountain after walking the swinging bridge.

Another BRAHM exhibit that will be open during WinterFest is “Sound Machines: Stringed Instruments by the Capozoli Guitar Company.”

This exhibition was curated by Watson and highlights 20 handcrafted electric, acoustic and bass guitars and one lap guitar made by Chris Capozzoli who uses mostly reclaimed barn wood to create his pieces. Viewers can even make out nail holes on a few of the guitars, hinting at the wood’s past life before Capozzoli turned it into something new.

“I think there are five pieces in the exhibit that are on loan from folks who commissioned work from him,” Watson said, while the others are pieces Capozzoli has for sale.

“On Dec. 17, we had a Coffee with the Curator ... where we tour people around the exhibits. Well, Chris came and he brought a guitar, and one of the patrons for the tour had loaned his guitar for the exhibit, so he pulled his guitar off the wall, and I’ve loaned my bass, so after the tour we had a little jam,” Watson said. “That’s what’s rare about these pieces — they’re aesthetically beautiful, but they also make beautiful sounds. It’s functional art.”

The Rankin West Gallery on the first floor of BRAHM is filled with pieces from two extremely detailed nature-inspired artists who specialize in utterly diverse mediums.

Sallie Middleton’s nature-inspired watercolor paintings are detailed and whimsical, highlighting birds, flowers, butterflies and other critters that inhabit the High Country. According to the late artists’ biography at www.salliemiddleton.com/index.html, Middleton was greatly inspired by her father, Kenneth Ellington.

“He believed in the old tales and would tell them to us when we walked through the woods, pointing out the pine trees and the creatures, and as a child, in looking for imaginary creatures, we would see more than others,” according to Sallie.

Pete Lupo’s “Wildlife Wood Sculptures” provides a contrast to Middleton’s delicate watercolors. Lupo draws a viewers’ to how light changes objects in everyday life by carving mundane objects, such as bottles and gloves, from wood and figuring details through the addition of painted pieces of metal for nature elements, such as pine needles or flower petals.

On his website at www.petelupo.com/index.html, Lupo states “With my work, I create moments that depict wildlife interacting within the human world,” and that philosophy that Lupo follows can be viewed at BRAHM during WinterFest.

The “Mentors and Heroes: Photographs by David Holt” exhibit is in the second flood Alexander Community Gallery to pay homage to the people who made a difference in the four-time Grammy Award winner’s life and career.

“I love photography as well as music and took a lot of pictures of the folks who I learned from. There are many more mentors than the few shown here, but I think you can get a sense of how special these folks are,” the artist says on his website at www.davidholt.com/mentors/. Photos in Holt’s exhibit include stills of music legends Doc Watson and Ralph Stanley, storyteller Kathryn Tucker Windham, and his father, also a musician, Joe Holt.

BRAHM is open year-round with free admission, and hosts multiple events per week. Membership is also available to benefit the nonprofit museum; details about membership can be found online at www.blowingrockmuseum.org/join-support/membership/.

Major exhibitions at BRAHM change every 3-5 months, and the museum’s own collection of art, which includes originals by Elliott Daingerfield, is displayed on rotation in the smaller galleries of the museum.

BRAHM is open to the public from 10 a.m. until 5 p.m. Tuesday through Sunday and from noon until 4 p.m. on Sundays from May through October. The museum is closed on Mondays weekly.

To learn more about BRAHM, including its hours of operation, visit its website online at www.blowingrockmuseum.org.